Today I’m giving another legend from Khans of Tarkir the Bennie Commander Treatment, and this time we’re going to check out the Mardu clan’s boss: Zurgo
Helmsmasher! This fellow is a perfect collection of stats for anyone looking to kill people with their commander in white, black and red: he’s relatively
cheap to cost for just five mana, he’s got haste, he’s indestructible during your turn, and he’s got seven power which means he only needs to connect three
times to be lethal with Commander damage. 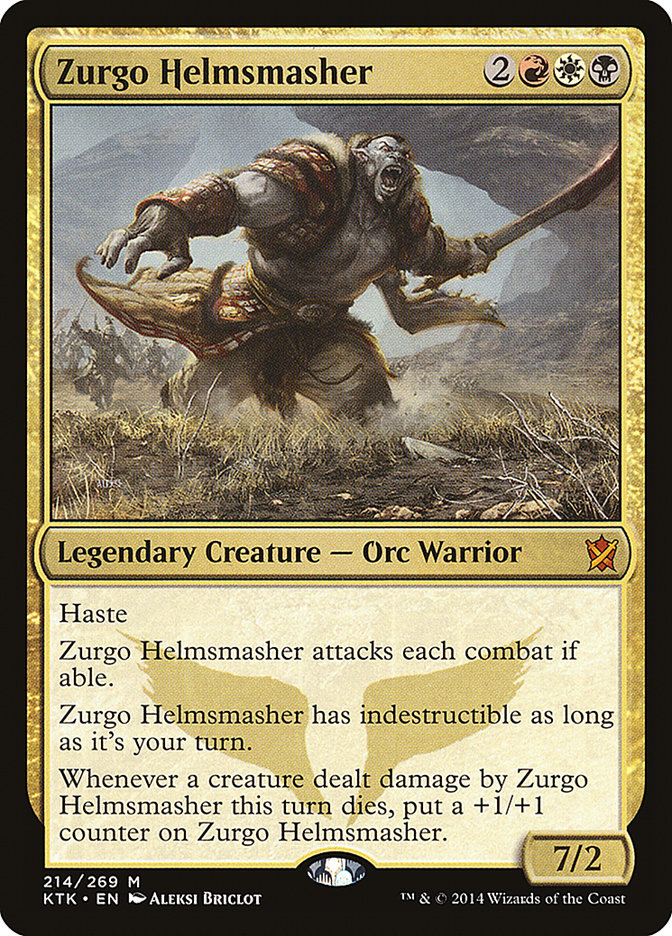 While I was brainstorming ways to build a Zurgo deck, I found myself with two very different approaches. The first thought was to go tribal and take
advantage of the smidgen of Warrior synergies out there. Zurgo seems like the kind of guy who’s more than happy to come down after you’ve built your
battlefield full of lower cost warrior beats and leads the charge at your opponents.

But it occurred to me that Zurgo’s abilities also play nice with white and black – and to a lesser extent, red – cards that wipe the board clear of
creatures at sorcery speed, which just so happens to be when Zurgo is indestructible, and thus, pretty much immune to most of that. If you want Zurgo
smashing face with his seven power, what better way than to cast Wrath of God or Damnation first, and then swing in with Zurgo when all the other creatures
have been swept away to the graveyard?

Since both appealed to me greatly, I found it difficult to choose which one to talk about today, so I decided… let’s do both!

First up, let’s build a tribal Warrior deck with Zurgo as a true general of your army. Looking for Warrior synergies doesn’t yield us too much, but the
ones we can find are pretty good, and we can toss in some generic good tribal cards to supplement. Looking over our list of actual Warrior creatures gives
us a pretty good selection of quality cards that are just inherently good to add to the mix. Lastly, since we’re going to want to play a fair number of
creatures to the battlefield, we’ll want to build in some resistance to board sweepers. 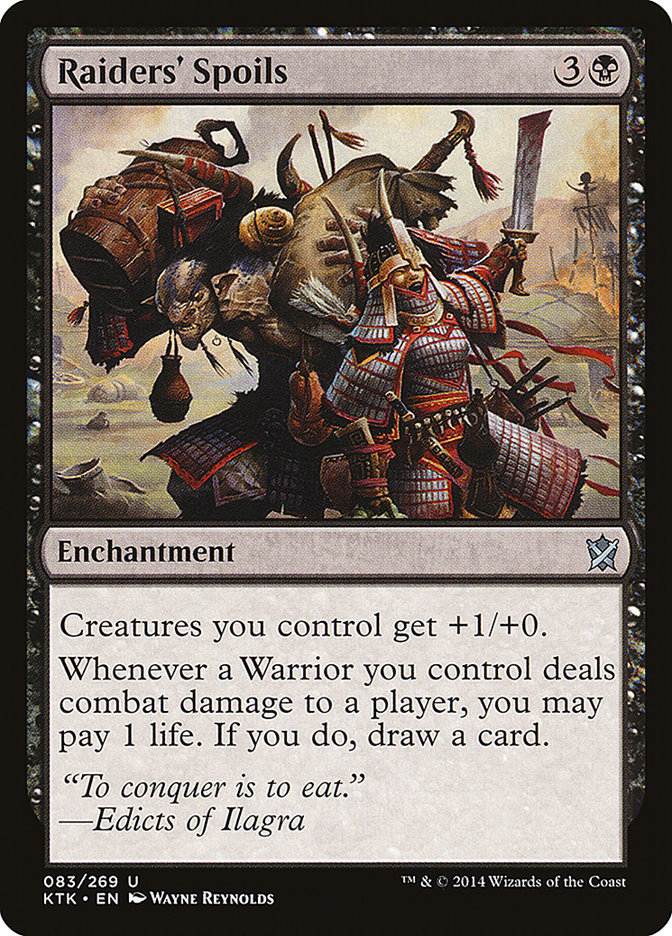 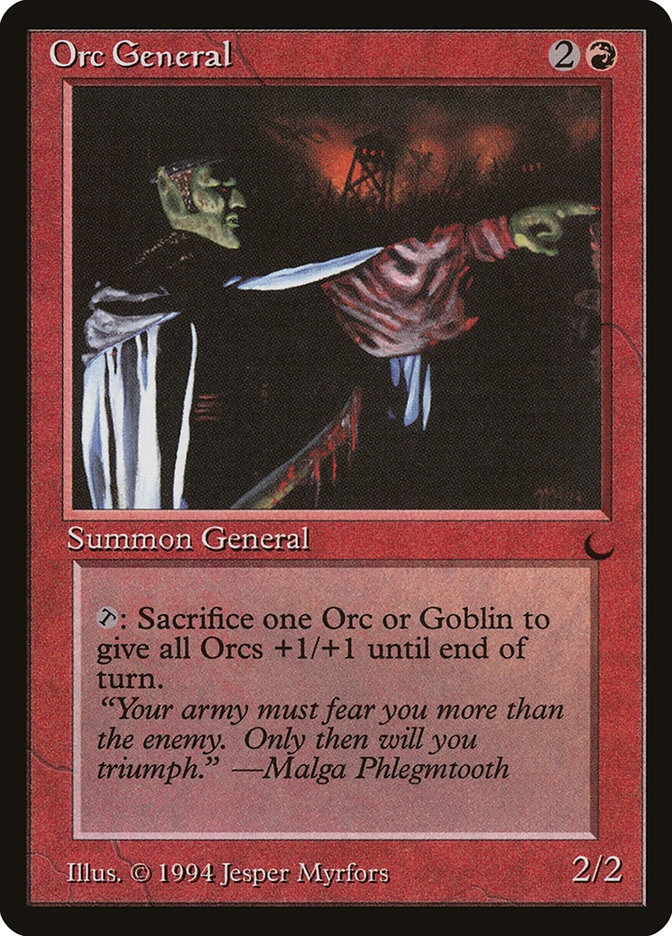 Raiders’ Spoils is the real gem here, both boosting your Warriors and letting you draw cards if you can attack your opponents and do combat damage to them.
It’s such a powerful card that I’ll probably squeeze in some ways to tutor for it once I figure out which cards in the deck aren’t pulling their weight.
One thing that was interesting to find when researching the cards for this deck was many Orcs were Warriors, including the two Orc “lords” Orcish Captain
and Orc General. It’s interesting that Zurgo only has a two toughness, so you can’t really risk an activation of the Orcish Captain on him unless he gets
some +1/+1 counters on him, but I figured what the heck-sometimes you might need an extra 2-4 power on Zurgo to win the game with Commander damage on the
spot so why not flip a couple coins and see if you can just win? If you’ve got an Orc General in play, Zurgo can survive at least one Captain mishap. I was
tempted to put a Conspiracy here so Lovisa Coldeyes could take advantage of her own boost, as well as the occasional corner cases where I might want to
make everyone Goblins or Orcs, but I don’t think that benefit is worth the card slot because sometimes it’s really not going to be super-helpful. 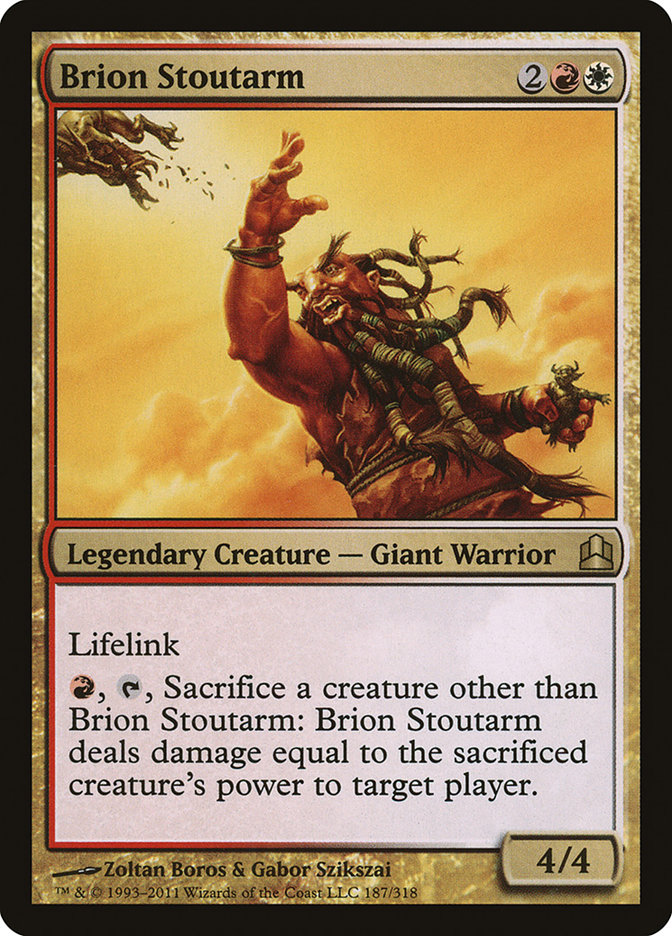 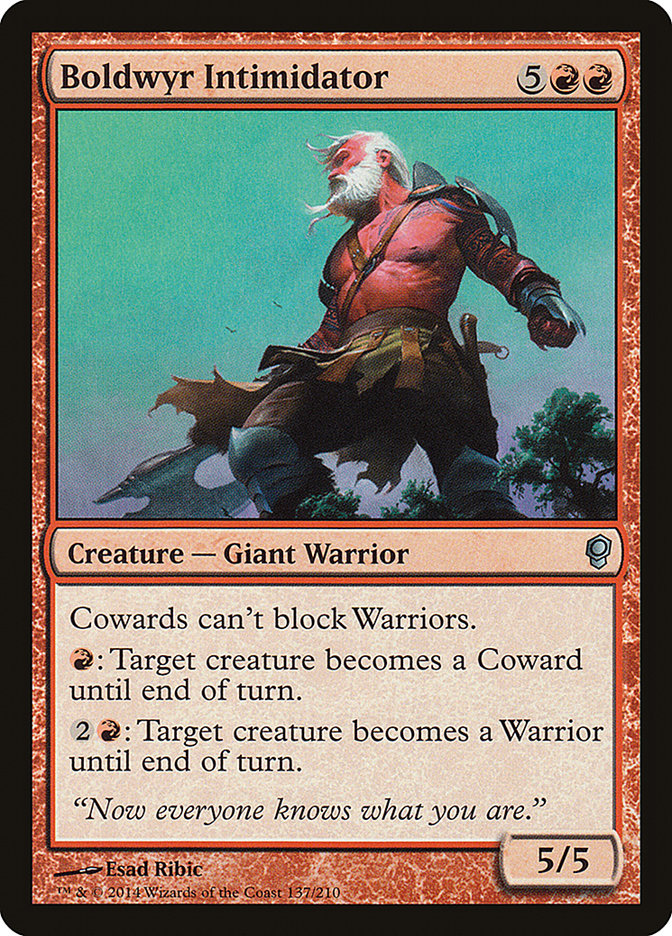 A lot of really good Goblins happen to be Warriors too, so we end up with a solid Goblin sub-theme with cards like Goblin Piledriver, Goblin Rabblemaster,
and Krenko, Mob Boss. The new Commander 2014 card Jazal Goldmane is a Warrior with an ability that seems like the perfect fit for an aggressive strategy.
The 2/3 “artillery” gang of Goblin Artillery, Orcish Artillery, and Orcish Cannoneers are all Warriors who can blow away chump blockers if you’re willing
to take a little pain for the cost (and seriously, I’m sure “no pain, no gain” has got to be part of the Mardu creed). It’s nice to dust off Tahngarth,
Talruum Hero from the cave he’s been hiding in since Flametongue Kavu was printed and give him some beatdown time, and I’m digging how Boldwyr Intimidator
becomes so much better when nearly everything in your deck is already a Warrior. And did you know that Ghitu Encampment turned into a Warrior? 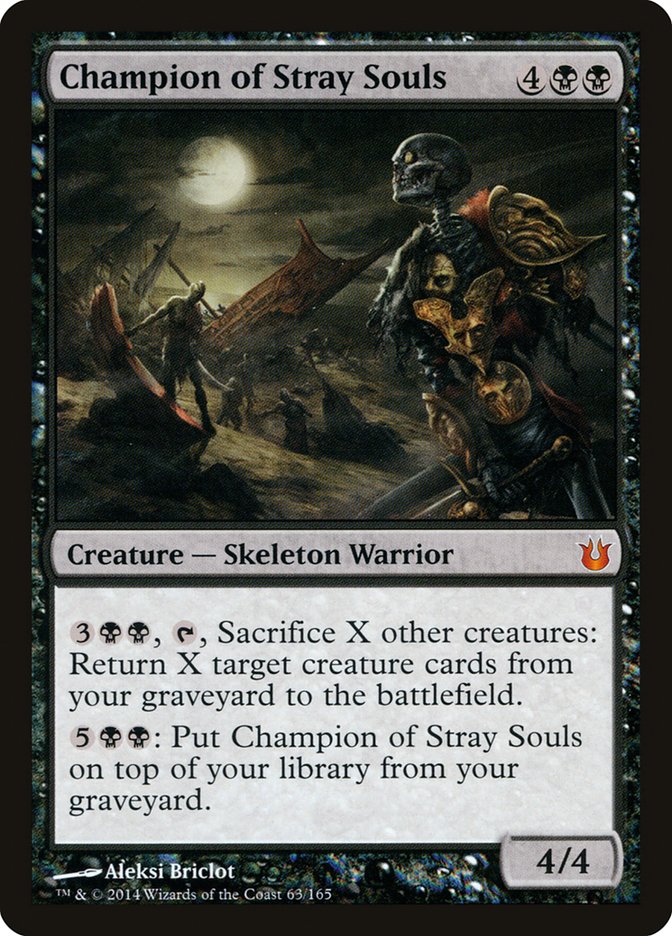 Herald of Anfenza can keep a steady stream of Warriors popping up on the battlefield without committing any more actual cards so he seems like a perfect
addition. It was really cool to discover that Reassembling Skeleton, Tymaret, the Murder King, and Champion of Stray Souls are Warriors who also come back
from the graveyard. Volrath’s Stronghold and Golgari Thug can ensure that the next draw step is the best Warrior in your graveyard, while Patriarch’s
Bidding can restore your whole army! Windbrisk Heights provides you with a “free” card without much effort in this deck. Rally the Horde is a card I’ve
actually never played before, but it seems to me you can easily generate 3-6 Warrior tokens from one card so I’ll be curious to see how it plays. It’s
certainly one of the most iffy choices for this deck, but it is on-theme.

So here’s how my tribal Warrior Zurgo looks:

I’ve tried to leverage a fair amount of lifegain into the deck to offset using the painlands, which I normally don’t use in my Commander decks, but I
thought an aggressive deck like this with a lot of cheap creatures across all three colors could really use the tempo advantage over some of the other
options.

Just picture it, a battlefield chock full of creatures, battle lines drawn, weapons ready to assault or defend… suddenly Wrath of God – of Heliod perhaps?
– destroys them, snuffing the life out of all of them.

But… not all. Striding through the smoke and destruction is Zurgo, smiling, shrugging off the wrath of such a puny god, laughing at all the weakling
creatures who fell so easily. The path to his enemies is clear… 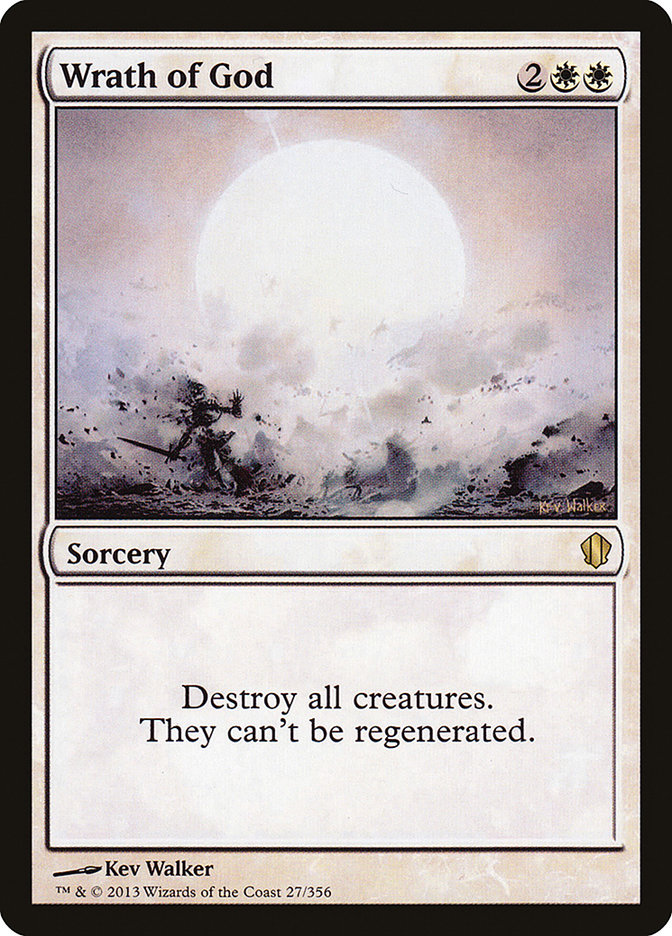 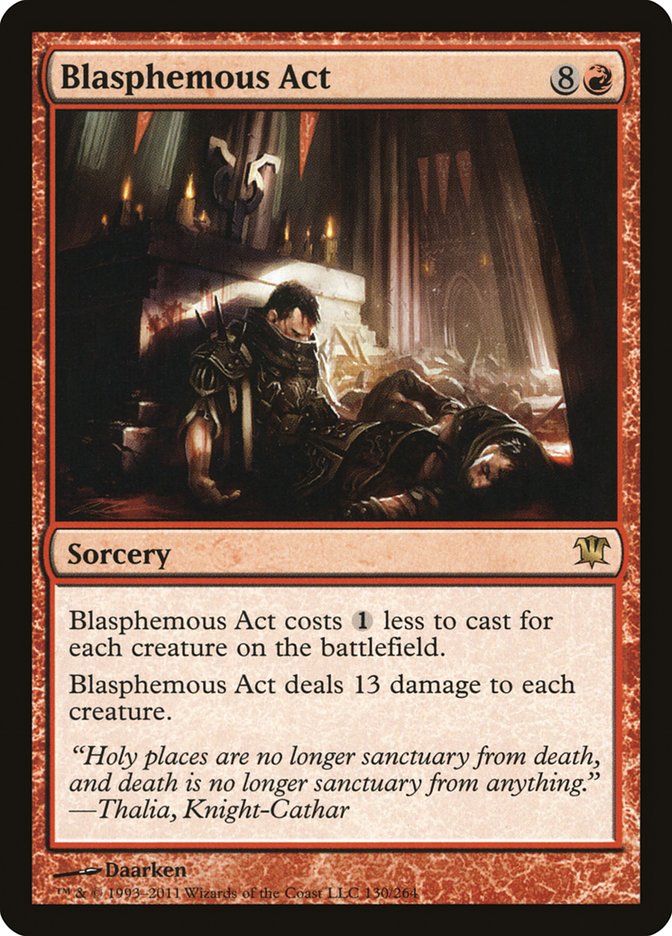 There is a ton of sorcery speed mass removal that Zurgo shrugs off in this color combination. I typically don’t bother with Day of Judgment since it’s a
“fixed” Wrath of God that allows regeneration, but let’s be honest-how many creatures in Commander regenerate? If we’re going deep on this method of
clearing a path for Zurgo, Day of Judgment is going to work most of the time. We’re even getting a brand new sweeper in Commander 2014– Necromantic
Selection, which can do something sweet like nabbing a Lord of Extinction or Seedborn Muse. 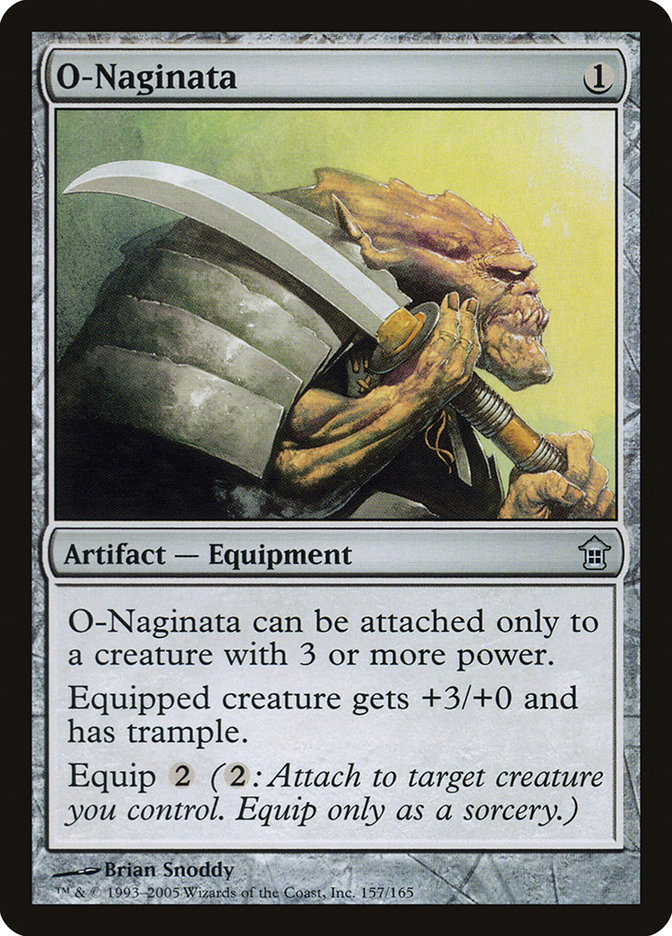 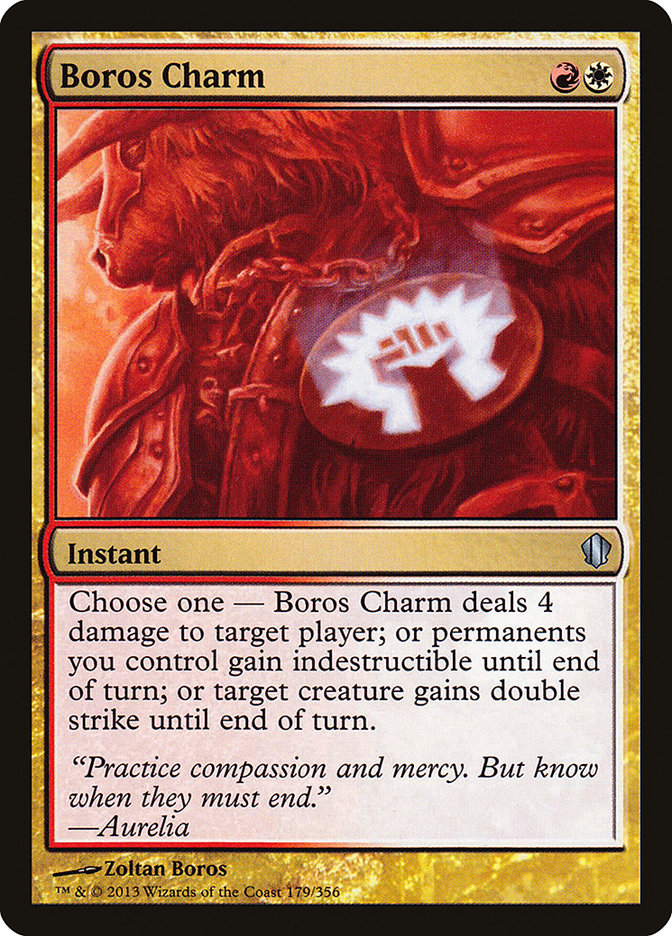 Since we’re pretty much all-in with Zurgo, it makes sense that we want to boost him up. Giving him double strike seems very helpful so let’s rock with
Sunhome, Fortress of the Legion and Savage Beating. Just as good or maybe better than double strike is letting him attack more than once so I’ve thrown in
Aggravated Assault and Waves of Aggression. O-Naginata is cheap to cast and equip to Zurgo with a hefty power boost plus trample. Kusari-Gama can present a
dilemma if Zurgo attacks someone who has a chump blocker; either let him through or have Zurgo dish out seven or more points of damage to all his
creatures.

God’s Willing, Ajani’s Presence, Boros Charm, along with Swiftfoot Boots and Lightning Greaves, are there to help protect Zurgo, especially on your
opponents’ turns when his indestructibility goes away. Phyrexian Tower and City of Shadows present some defense against tuck effects, which would pretty
much be a disaster to a deck such as this one. 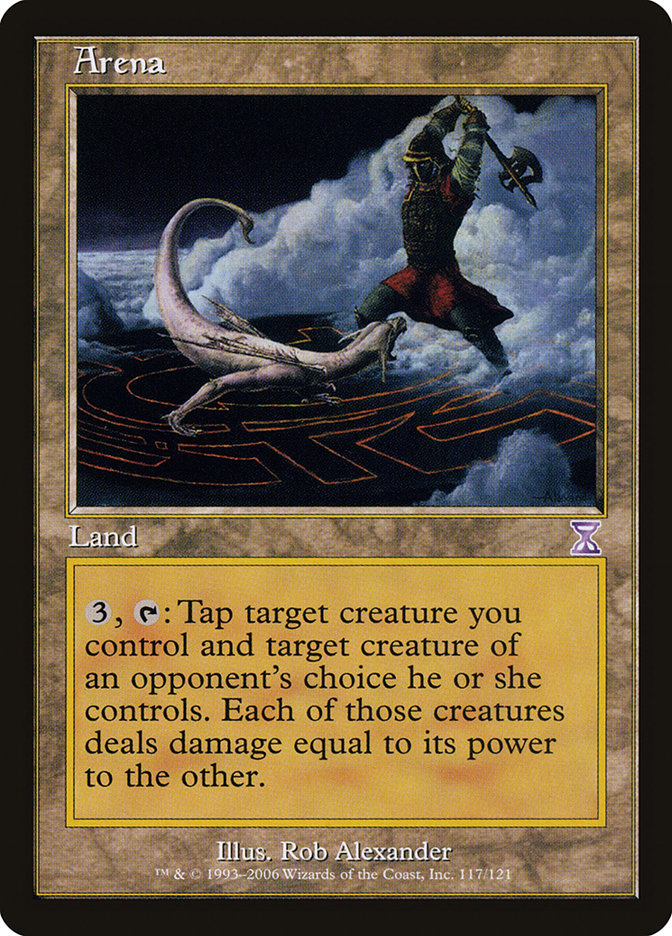 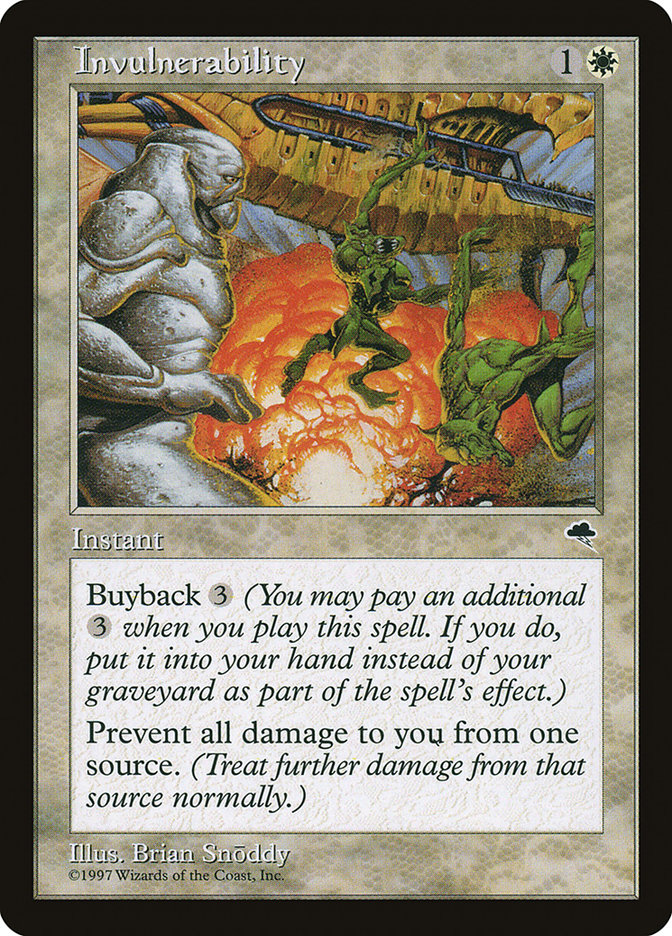 Of course, we don’t want to die before Zurgo hits the battlefield so I’ve sprinkled in a goodly amount of control cards. Mass creature hordes should be
handled by the plentiful mass removal, but Kher Keep, Kor Haven, Maze of Ith, Invulnerability, and pinpoint removal spells should provide some defense from
a single heavy hitter or two. I particularly like Lightmine Field, which is typically a symmetrical effect, but Zurgo shrugs off any damage dealt during
your own turn. Zurgo doesn’t mind jumping in the Arena once he’s already attacking and feeling all indestructible.

Here’s what I’ve cooked up for a more controlling Zurgo deck: 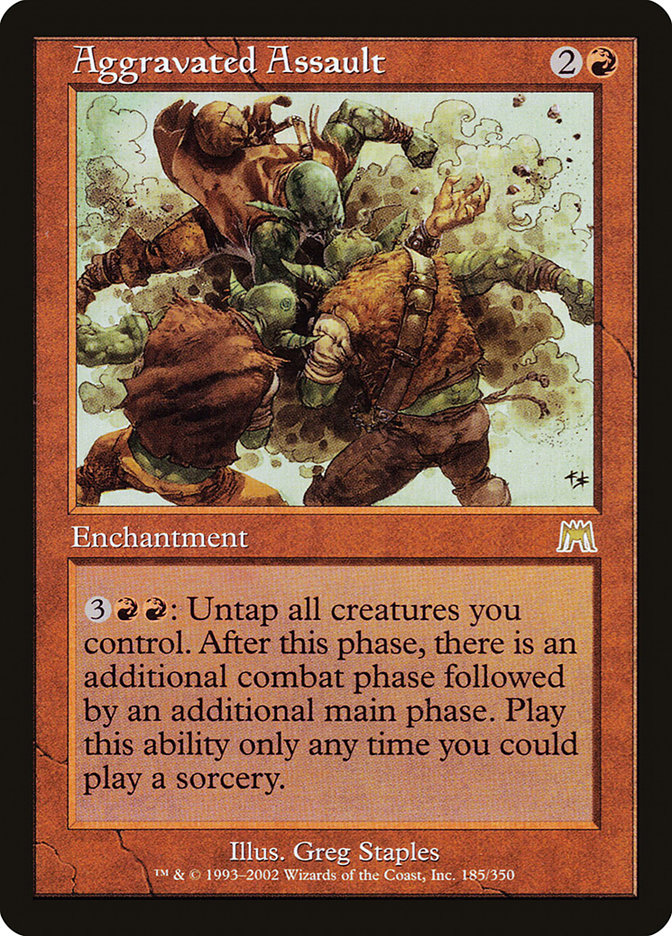 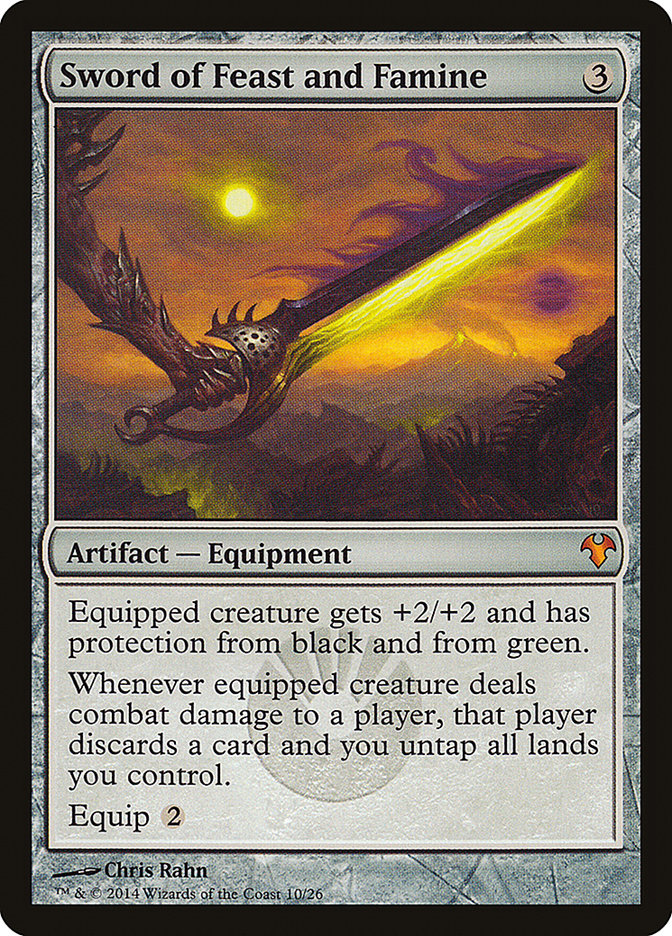 Because the deck is so focused on winning with the commander, I’ve included some tutors to help ensure we can retrieve Zurgo if he gets tucked. However, we
can also use it to assemble an infinite helm-smashing combo of Aggravated Assault + Sword of Feast and Famine. I can’t think of a better end to a long,
drawn out smack-down than to have Zurgo go on a kill-all-the-players rampage, no?

So which approach do you find more your speed? What different choices would you make? And are you as stoked about the new Commander 2014
spoilers that have been coming out this week as I am? I really can’t wait to get my mitts on these new cards!