Alright everyone, we’re entering the home stretch of brewing up decks based around the new legends from Commander 2013, and now it’s time to give Gahiji, Honored One its due! I have to admit that when I first saw the batch of new commanders Gahiji didn’t really perk my interest nearly as much as some of the others. I mean, yes it’s a legendary Beast so you could easily go beast tribal, and the +2/+0 boost could let you hit harder faster. White and red in the deck can take advantage of the power boost with first strike or double strike, and green can take advantage of the power boost with trample.

After putting the finishing touches on the Roon deck last week, I turned my attention to Gahiji. First order of business was trying to figure out how to pronounce it, but once I coined the term "Gahijinks" I figured out a way to pronounce our beastly friend. Not sure if it’s the correct way, but it’s one way. 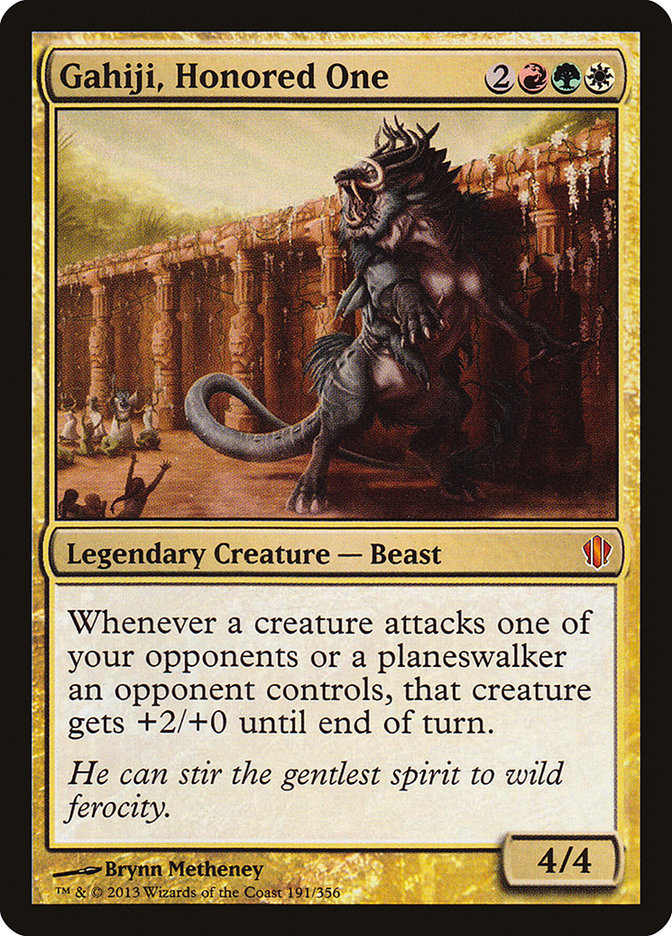 Next up was the business of really looking at a card. When you’re really excited about a card, sometimes it’s easy to gloss over a critical part of the card that ends up making it a little worse or a little different than your initial assessment. But when you’re rather unexcited about a card, if you don’t totally ignore it you’ll often search a little deeper to find something useful about it, and that’s when I realized something pretty cool about Gahiji’s triggered ability—it can encourage your opponents to fight amongst themselves! For instance, why attack me with a swarm of 1/1 creatures when you can attack anyone else with a swarm of 3/1s? This is a much more interesting angle to explore and led me to ponder how we could push that aspect of the card further.

Outside of just trying to entice players by giving a boost to whatever creatures they themselves have put into the battlefield, I figured why not give them some more? There are quite a few cards that allow you to give your opponents creatures, so I picked a fair number of them to put into my deck. It felt great to dust off the classic Varchild’s War-Riders with rampage—Holla! Survivor tokens for everyone! Death by Dragons could be particularly brutal, especially if the guy who loses out doesn’t have any other fliers. 5/5 fliers were already bad enough, but 7/5 fliers? I kinda like how tempting Tempt with Vengeance might be to people if they’re getting 3/1 attackers (as long as they’re not attacking me). 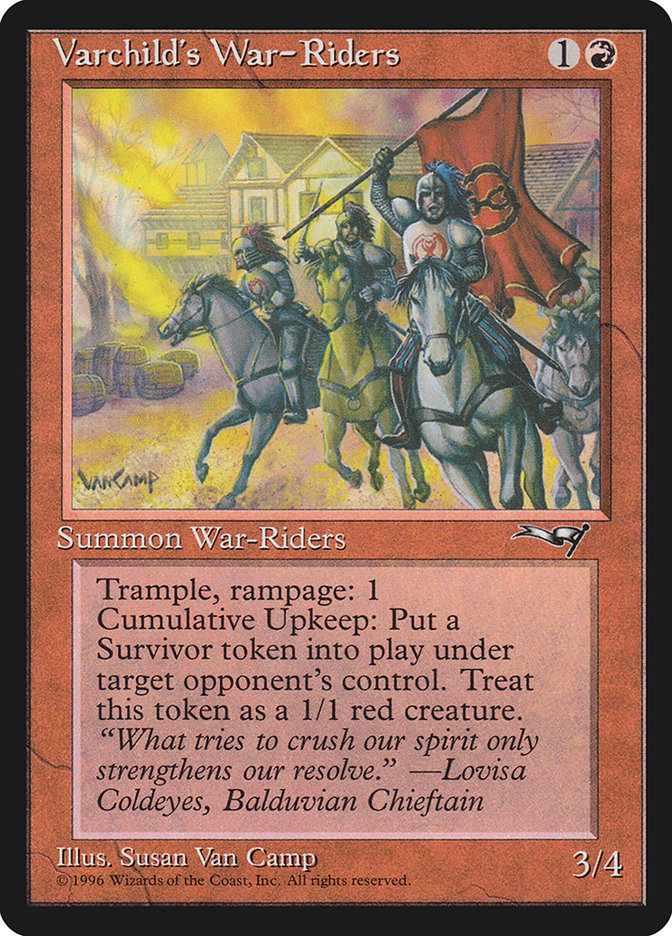 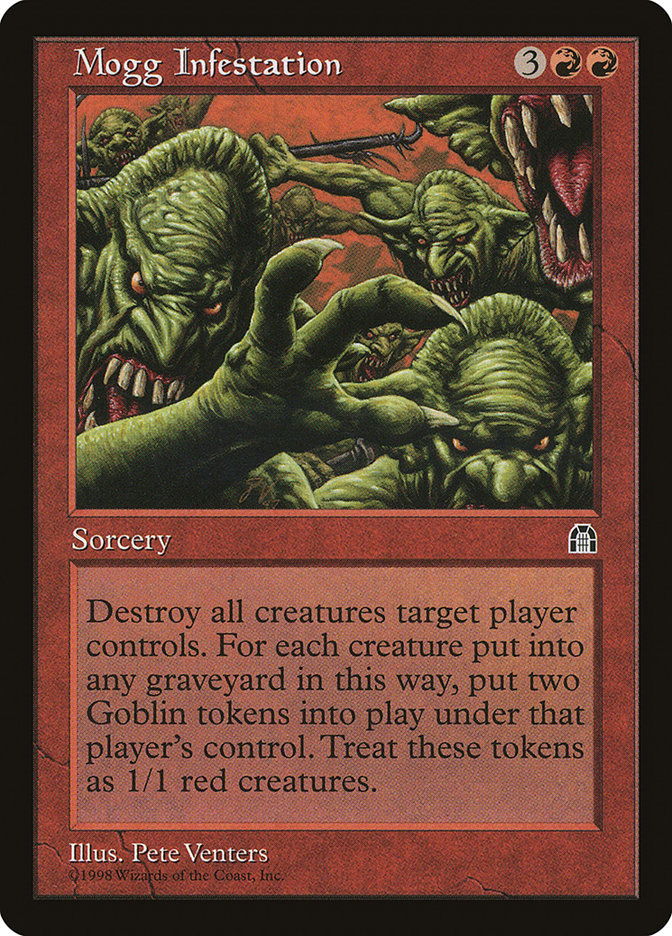 Mogg Infestation is a fun and flexible multiplayer card—use it to kill a couple huge threatening creatures in exchange for Goblin tokens or effectively double the size of a horde of small creatures . . . and all those 1/1s get to be 3/1s as long as they’re attacking someone other than me!

The Curses are of course awesome ways to encourage some of your opponents to attack one particular person at the table who might be getting a bit too big for their britches. If you give out a few 1/1 creatures to someone, you have Gahiji out there, and someone is enchanted with Curse of Predation and Curse of Bloodletting, how could anyone resist attacking that guy?

A final wrinkle to leaning on this theme is ensuring that Defense of the Heart will trigger, letting you fetch out some hard hitting monsters to finish off whatever scraps might be left from your opponents rumbling amongst themselves.

Even though Gahiji, Honored One’s triggered ability does a nice job of persuading people to attack others, I thought it prudent to perhaps build some redundancy into the deck, not only to encourage people to attack others by giving them extra creatures but also peppering in some rattlesnakes cards to discourage attacks. With the right mix of carrots and sticks, how can our opponents not fall at each other’s throats? I’m particularly excited about playing Serene Master! 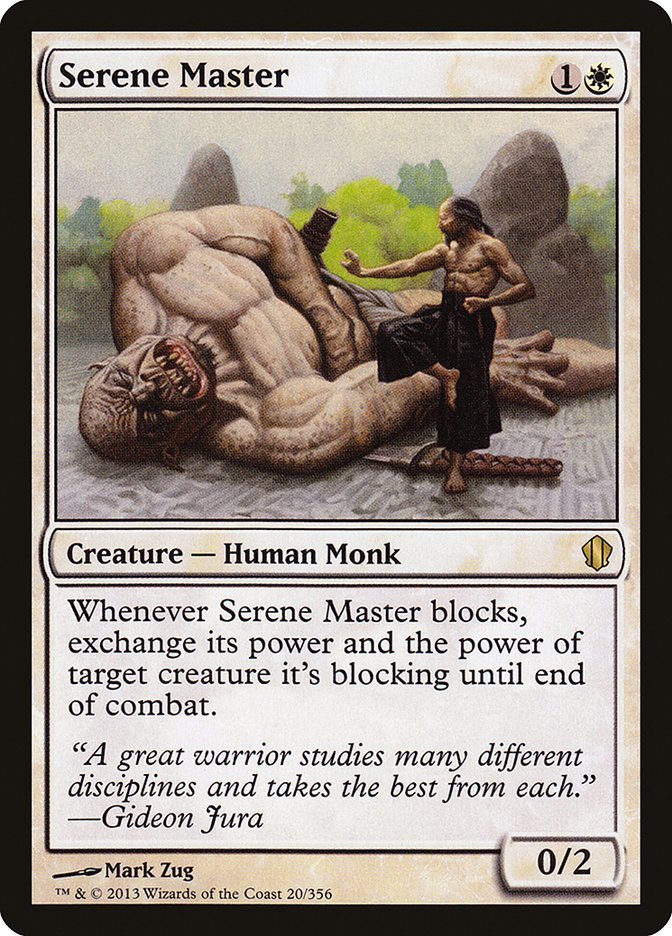 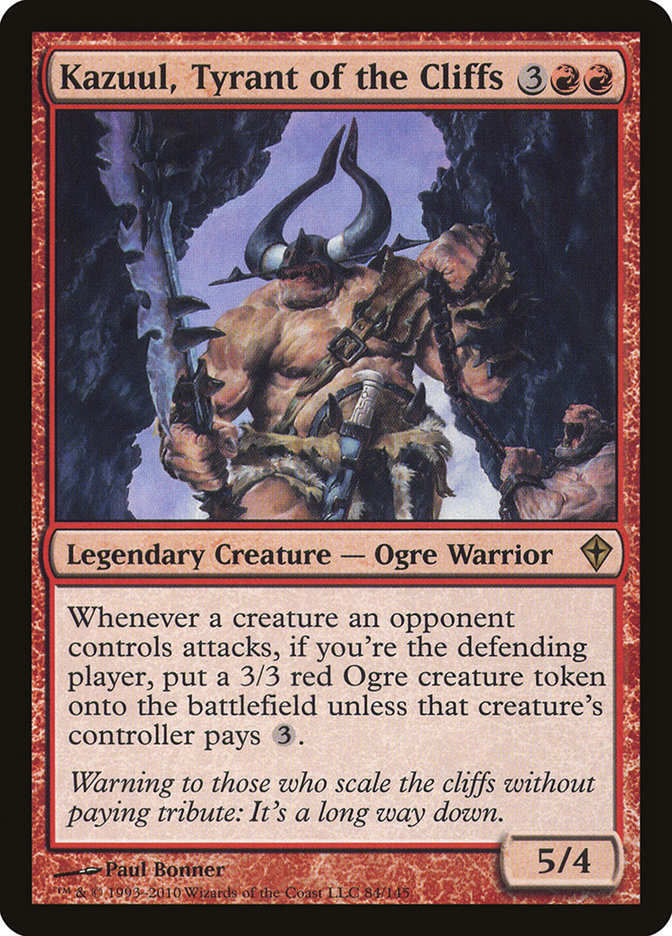 Looking for Propaganda style effects in Naya led me to Sphere of Safety, which made me realize a fair number of these cards are enchantments, which then got me thinking about adding a strong enchantment theme into the deck if I had room . . .

As I sketched out the deck, I realized I did have room to pepper in an enchantment theme with a handful of Enchantresses and the awesome Sigil of the Empty Throne. So I made sure to squeeze in enchantments wherever I could—some acceleration in the form of Fertile Ground and Trace of Abundance, along with recurring enchantments Rancor, Spirit Loop, and Angelic Destiny. I also like putting Gift of Immortality, one of my favorites, in here. Carpet of Flowers can often provide a nice steady stream of mana, but even if you aren’t playing against someone with Islands, the enchantment theme of the deck gives it some usefulness.

Assuming our plans for getting our opponents to fight each other are successful, eventually we’ll need to be able to shift gears and finish things off before our opponents decide that my threat is bigger than my benefit. Since I’m an enchantment deck with Enlightened Tutor, I went ahead and put in Bear Umbra and Aggravated Assault for the potential infinite attack steps—with Gahiji, Honored One attack triggers, things could get ugly quite quickly. Sublime Archangel and Berserk could easily push Gahiji to a player-killing level of commander damage. Berserk is also nice to play on other people creatures and can potentially deal with two threats (an opposing creature and an opponent) if your plans to get everyone to attack each other succeed. 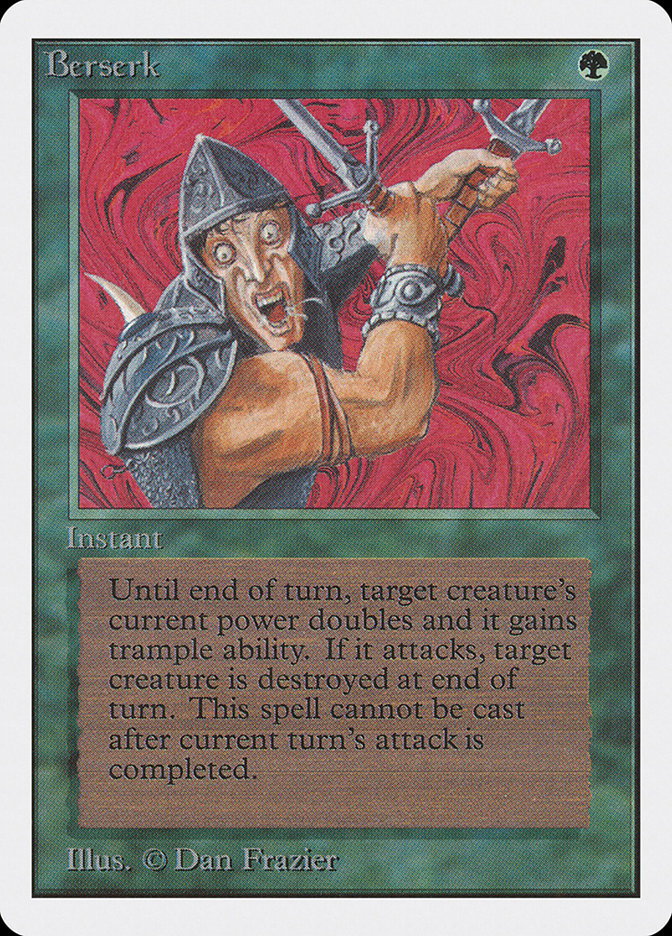 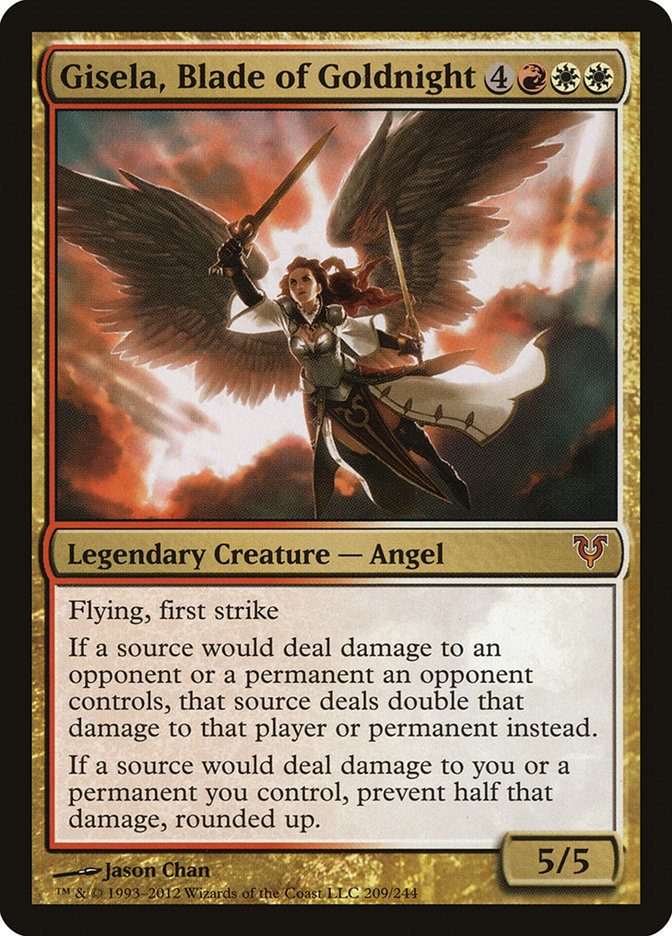 For the heavy hitters—perhaps getting fetched by a Defense of the Heart?—Gisela, Blade of Goldnight does a nice job of both discouraging people from attacking you and encouraging people to attack other players. Oh, that includes your own attacks at other players too! Aurelia, the Warleader can provide an extra attack step . . . hmm, I was just thinking what sort of damage she could do with Gahiji and Gisela on the board. That’s some serious punch! Then there’s Kamahl, Fist of Krosa, who gives your entire team Giant Growths and trample, which combines particularly nice with Gahiji’s attack trigger. Of course my favorite thing about Kamahl is when Sir Wraths-A-Lot decides to cast his sixth board wipe and you animate all of his white mana sources in response.

Last but not least, if you’re going to be handing out creatures to other people and boosting them up for people, is it too much to at some point ask to borrow them all back (and any other creatures hanging around) for a turn? Insurrection is like the icing on this really strange but yummy cake!

You know, at the last minute I remembered Master Warcraft, which lets you take control during someone’s attack step, allowing you to send an otherwise timid player’s horde of Gahiji boosted creatures crashing into some other player. 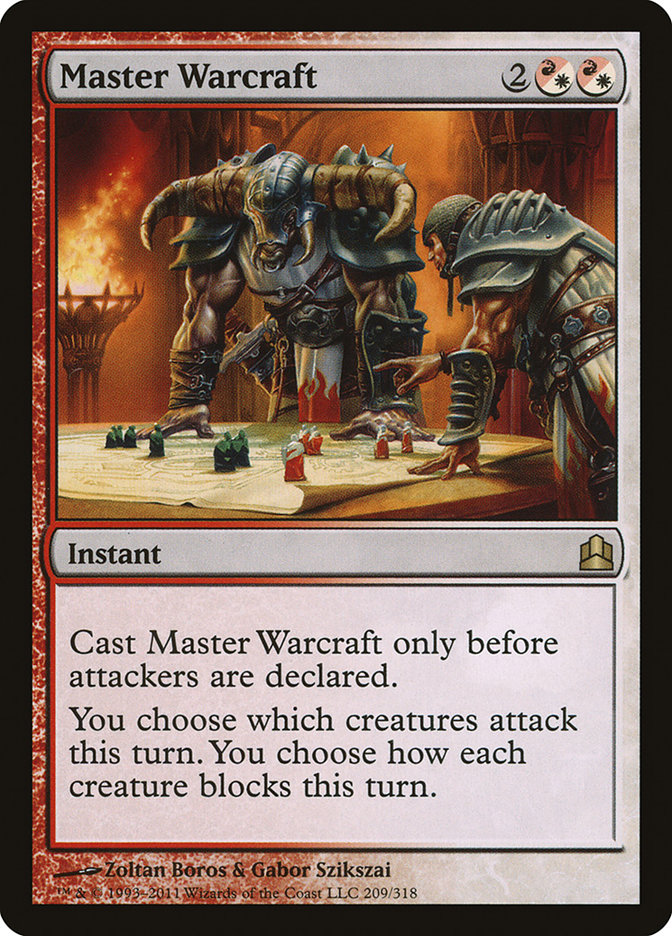 I hope you enjoyed reading about this strange deck coming together. I like it quite a bit and am really excited to see how it fares in the wild. I’m curious if you have any other thoughts on this direction; please let me know in the comments below!

New To Commander?
If you’re just curious about the format, building your first deck, or trying to take your Commander deck up a notch, here are some handy links:

My Current Commander Decks (and links to decklists):