Happy New Year! It always seems strange to write out the new year, doesn’t it? I hope everyone had a good time celebrating New Year’s Eve and is ready for fun in 2014.

Today we continue shining the spotlight on the new legends from Commander 2013, and this week it’s Roon of the Hidden Realm’s turn in the sun. And this is one legend that likes his place in the sun—just take a look at that artwork! 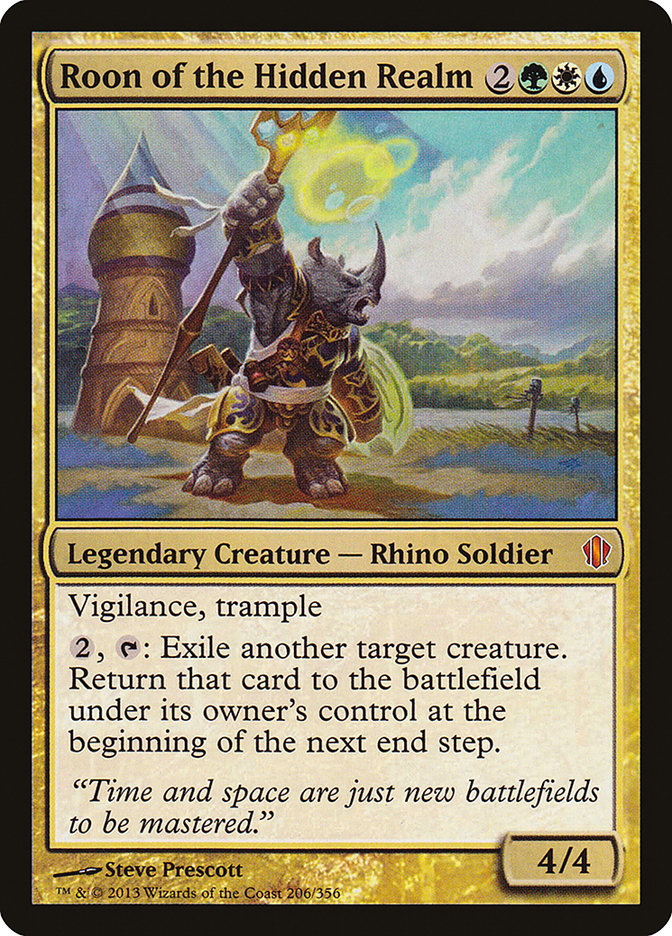 When looking at the card, the thing we all get drawn to immediately is Roon’s activated ability and pondering all the fantastic shenanigans it brings to the table. But before we dig into that, I want to point out the rest of Roon is quite impressive too. A 4/4 body isn’t too shabby, and since he’s got vigilance and trample, he’s made to attack in addition to tapping to activate his ability. But let’s not kid ourselves—we’re not picking Roon for his ability to rumble in the red zone.

This is what we want from Roon: value! There are a ton of blue, white, green and artifact creatures that do valuable things when they enter or leave the battlefield, and I went through the database and picked out many of the best ones for Commander. Note this is really just scratching the surface—there are quite a few more that I didn’t include in this list. One thing that was a little disappointing to realize is one of Bant’s best creatures to blink, Mystic Snake, doesn’t really work very well with Roon since you can’t bring it back into play immediately. Of course, that would probably be supremely obnoxious, so it’s likely a good decision on R&D’s part to have the blink ability work as it does. 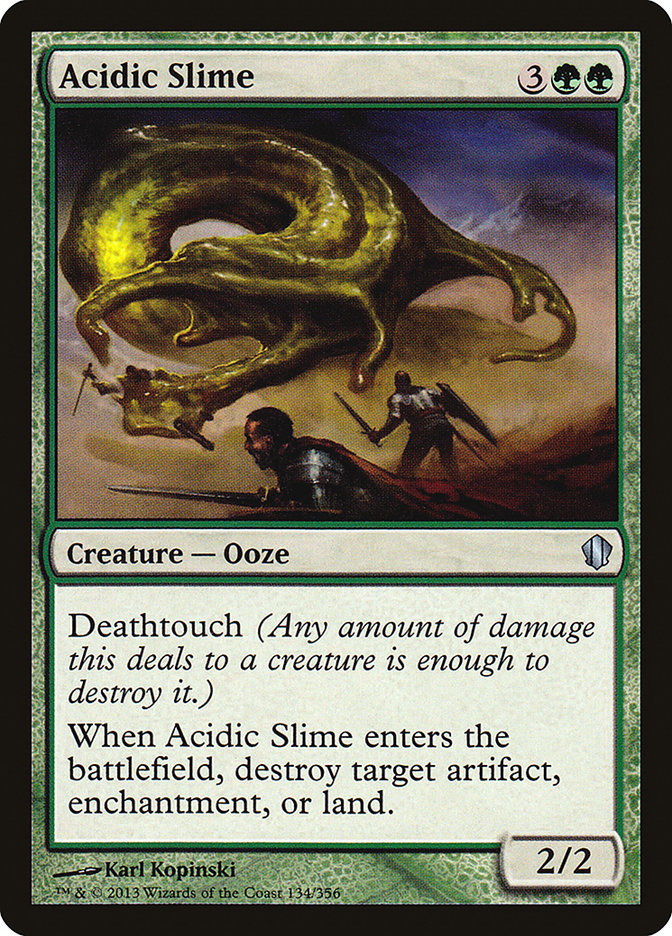 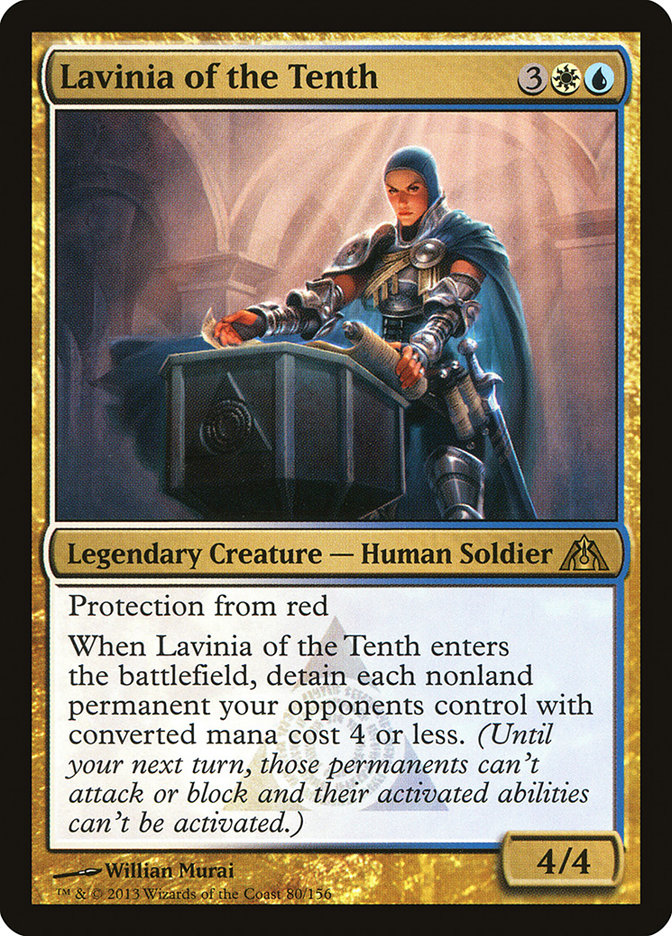 The thing to keep in mind is that we can’t cram all of these in our deck so we’ll need to ponder what sort of things we want our deck to address. There are some cards that are just pure value, like Mulldrifter, Acidic Slime, and Angel of Serenity. And then there are cards that are more finesse, such as Village Bell-Ringer, Lavinia of the Tenth, Jace’s Mindseeker. One card I’m particularly excited to play with Roon is Gilded Drake—play it, swap it with the best creature on the board, and then activate Roon and target the Drake. When it comes back into play under its owner’s control, you get to then swap it for the next best creature on the board.

Of course, it’s never wise to put all your eggs in your commander’s basket—sometimes players will focus their creature kill on him or even do something heinous like tucking him into your deck. Lucky for us Roon’s ability to blink creatures in and out is something that’s popped up on a fair number of cards over the years, so I’ve made a list of most of them here. Cloudstone Curio doesn’t technically blink creatures, but if you’ve got a bunch of value creatures, Cloudstone Curio makes a pretty good engine for replaying them over and over.

Roon isn’t good just for blinking value creatures; he’s also good at "resetting" a creature. Cards like Meddling Mage and Stuffy Doll can sometimes be good when you cast them but then become less good as the game progresses. Cast Meddling Mage to lock out someone’s cheap commander early, and then when someone else has the mana to drop their big bad, you can blink Meddling Mage and reset it to that. Clones are also great cards to be able to reset as the game progresses.

One thing that occurred to me was Roon being able to use his ability to save himself. He can do this once, but once he comes back into play he’d be affected by summoning sickness until your next turn. Giving him haste solves that problem, but Bant doesn’t have too many options outside of Equipment—but if Roon blinks himself, he’ll come back unequipped. These are the three cards I found that can give Roon haste even after he blinks.

While searching for cards that have enters-the-battlefield effects (see Value Town above), I ran across the Allies from Worldwake. There are quite a few of them across the Bant colors, and if you toss Clones and Changelings into the mix, you could build a tribal Allies deck. Being able to blink some of the Ally cards over and over seems like it could be quite potent with enough Allies on the board.

Another group of cards that popped up while searching for enters-the-battlefield effects were the Simic dudes with graft and evolve. Both abilities trigger when a creature comes into play (though evolve is limited to your own creatures), so it seems to me you could build a Simic deck with a splash of white for Roon that plays heavily with +1/+1 counters. You could even toss some Spikes into the mix (Spike Feeder, Spike Weaver).

The last thing to note is that Roon can target any creature on the board—not just your own—and since the blink out lasts until the end of the turn, you can use it to punish people who only have one blocker available. But you don’t have to use Roon offensively. Since most every Commander deck plays value creatures, you can have Roon hand out extra hits depending on who around the board warrants the favors. In fact, if you want to go full "care bear" mode, who says you have to stick with Phelddagrif as your commander? There are plenty of creatures this style of deck enjoys that can benefit from multiple enter-the-battlefield triggers from Roon.

Obviously I’m not going to make a deck with all of these cards; my goal was basically to illustrate that you really have a ton of choices available to you when you’ve got Roon of the Hidden Realm as your commander. I was originally going to build a deck stuffed to the gills with value cards. It would no doubt be incredibly powerful, but it occurred to me that such a deck pretty much builds itself if you just pay attention to your mana curve. I decided instead to give Ally tribal a try and enjoy being able to set off certain Ally triggers over and over again. Here’s what I’ve got pulled together:

Clones fit perfectly into the deck, giving you the ability to duplicate Ally effects early and then later on Roon can blink them if there’s a creature on the board that you really want to copy. Since the Allies stop at five mana, you can fill the top of your curve with hard-hitting value creatures like Prime Speaker Zegana, Angel of Serenity, and Sylvan Primordial. And we can still find room for Gilded Drake shenanigans with Roon. 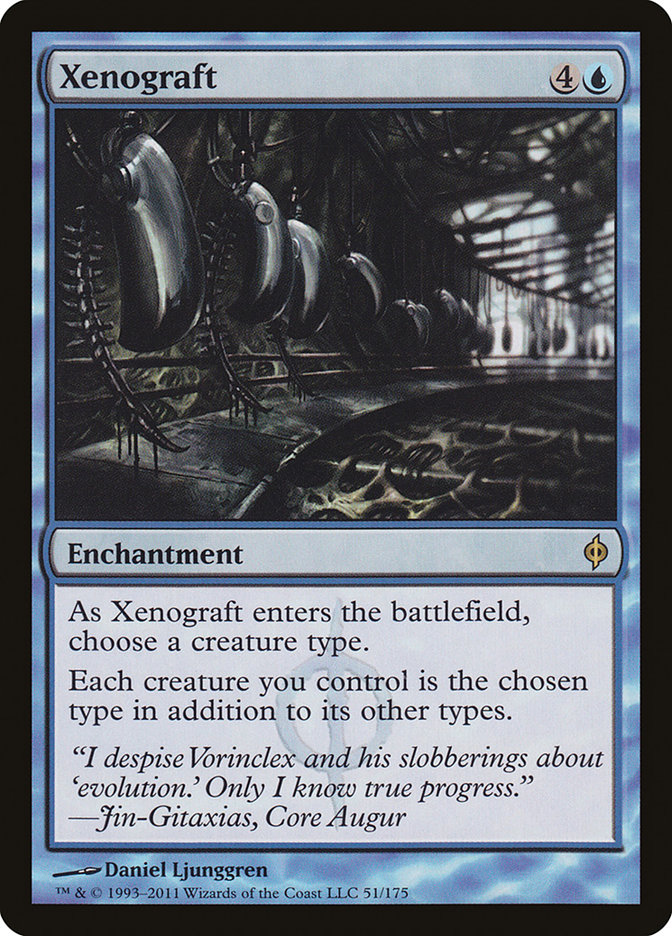 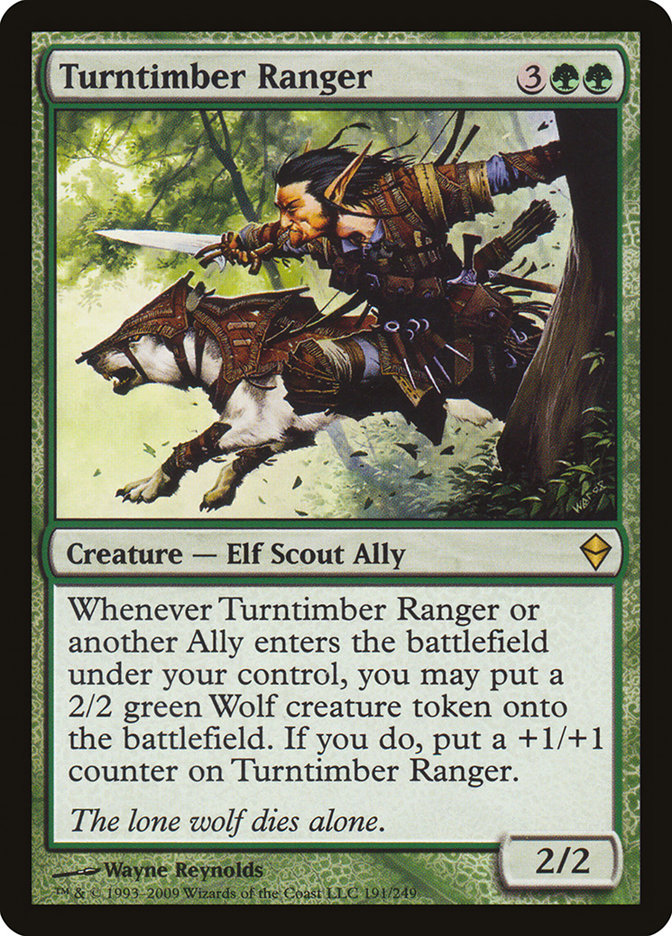 Blue gives us the ability to run Xenograph so that the creatures in the deck that aren’t Allies can function as Allies. It also gives us the chance to fire off the combo with Turntimber Wolf, which if Xenograph is in play naming Ally makes however many Wolf tokens you may want. If you’re not familiar with the combo, here’s how it works:

Immediately after the Wolf tokens have entered the battlefield, the game checks to see whether any abilities should trigger. Since the tokens are on the battlefield, Xenograft is affecting them, making them Allies in addition to being Wolves. Since they are Allies and since they just entered the battlefield, Turntimber Ranger’s ability triggers for each of the Wolves, making more Wolf Allies and so on. This might be considered a cheesy combo, but I don’t have any way of tutoring up the combo pieces. Since each piece works fine with the rest of the deck I’m fine having it in there for the very rare haymaker potential.

Mangara of Corondor has a history of doing nice work with blink effects that can prevent him from exiling himself so you can use him again, and if I can get both Roon and Mangara out there together and ready to use their activated abilities, that’s some serious board-control potential.

So what do you think? What does your Roon of the Hidden Realm Commander deck look like? Let me know your thoughts in the comments below!