On today’s Good Morning Magic, Gavin Verhey shared the story of how Modern Horizons came to be.

According to Verhey, Wizards of the Coast (WotC) hosts a yearly “Hackathon” where designers are given a themed goal and dedicate an entire week to creating something unique and exciting that matches that goal. Back in 2017, the goal of the Hackathon was to create a new “draft-able” product, which yielded Jumpstart, Commander Legends, and Modern Horizons.

First codenamed “Downspout” and eventually “Contemporary”, the design team for Modern Horizons was lead by Mark Rosewater and Ethan Fleischer, whose visions for the set lead the team in the opposite direction of Standard-legal sets, opting instead for lots of complex interactions and mechanics that would cater to more seasoned Magic players. The pair also initially envisioned the set having tiebacks to Time Spiral, but that concept would end up being shelved for another day.

While initially aiming to create a draftable, Modern-legal set, the team also managed to create several legendary creatures in Modern Horizons that went on to become popular commanders. 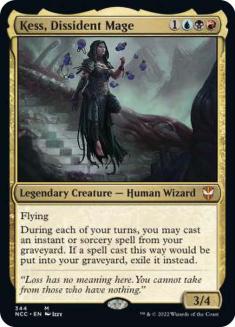 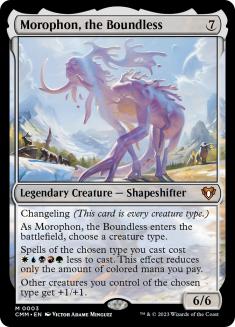 When making Modern Horizons 2, designers pulled heavily from both the successes and failures (looking at you, Hogaak…) of its predecessor, and also found ways to weave in some of the Time Spiral influence that was a part of Rosewater and Fleischer’s initial vision.