Images of the bundle and Collector Booster display for Kamigawa: Neon Dynasty were leaked on Amazon today.

The links no longer show the images, but they were captured and posted to Reddit. The pink and purple bundle shows what appears to be The Wanderer with a samurai twist.

The Wanderer made her debut in War of the Spark with her own planeswalker card and Wanderer’s Strike and appeared on the card Blade Banish from Ikoria: Lair of Behemoths. Now it looks like she has wandered to Kamigawa, but in what capacity? 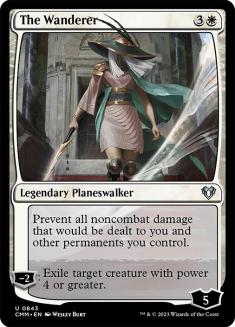 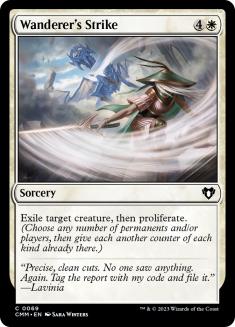 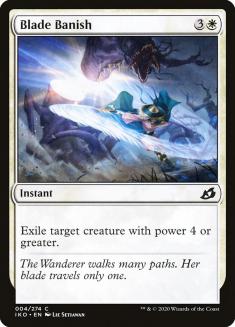 The Collector Booster display shows some sort of creature wielding a sword on a futuristic motorcycle.