Hello, and welcome to this week’s edition of Sullivan’s Satchel. Cedric was inundated with content last week plus I took some liberties with my deadline, and so this column was on hiatus for a week. But I’m back, having done about a dozen Adventures in the Forgotten Realms drafts, my first deep dive into a Draft format in quite some time.

I mentioned on Twitter that I wish the dungeon stuff was a bit more powerful, but maybe that risks repetition and stress for Limited, even if the cost is hand-waving the mechanic as a Constructed consideration. Hard for me to intuit what the pros and cons are, but setting that element aside I love the set. I enjoy relative low power levels among the commons and uncommons, and the color pairs have identities and hand-holds without being overly prescriptive. Above all, the set is joyful and lovingly crafted. It’s the first time I’ve enjoyed just looking at and reading the cards in quite some time, and I’m probably going to buy a box just to decorate my work space.

Burn is good in Modern right now, which is good in part because I had more than my fill of playing the Prowess decks. I haven’t encountered much of the Cookbook stuff that was so popular about a month ago, which is good because literally each card in their deck is unbeatable. In its place has been an uptick in Izzet, Mono-White Hammer, midrange soups, and a variety of other matchups that range from good to great. It’s also deeply satisfying to Searing Blaze someone’s $140 Ragavan that they’re probably paying a rental service for the pleasure, so there’s psychic value as well. Expect more posts/articles from me as the iteration continues.

With that, the questions. As always, you can send in yours to [email protected] or DM me on Twitter @BasicMountain. If the question is even reasonable it’ll probably get published, plus one question wins Question of the Week™, with its author receiving $25 in SCG credit, almost enough for a playset of Goblin Guides.

As a game designer, what party/drinking games do you see as absolute failures and home runs.

Looking for: rules that are clean and easy to understand, especially for non-gamers or as people’s faculties decline. Must be conducive to supporting multiple players and/or be satisfying as a spectator sport. Best to just track wins and losses rather than some cumulative score over time. Doesn’t require much silence or downtime.

I think the Nintendo Wii games knock it out of the park here. The actual use of the controls is part of the fun, and the games are usually played at a crisp pace, so even if you have more people than spots, things rotate pretty quickly. The cartoon-y and unserious visuals are perfect for a party atmosphere, and the games are fun if people are of sober mind or otherwise.

I’m not a big fan of Werewolf/Mafia-style games in these settings, which often puts me at odds with my social group. The people who are eliminated early often have to wait an unreasonable amount of time to participate again, and the game can be ruined by someone talking out of turn or otherwise taking a game action they shouldn’t, which happens a lot when the drinks are flowing. The game scales up pretty poorly as well — either too many people have “generic” roles, or the MC has to cobble together a bunch of ancillary roles, which are usually complicated, laborious, not that much fun in the first place, etc.

If the act of actually drinking during the game is a key element, there are two that I’ve found to be successes. Mario Kart + beer, players are not allowed to cross the finish line on the last lap until their beer is finished. There’s some interesting strategy going on here. Do you fall back early and chug your beer to try to leverage the various catchup mechanics in Kart? Do you resign yourself to drinking once you crash or otherwise are immobilized? How well do you hold up generally if you finish your drink early? Really fun in general, some actual strategy for gamers that can be ignored by non-gamers.

The other is Edward Fortyhands, inspired by Edward Scissorhands. The game here is pretty simple — duct tape two 40s to someone’s hands, and they can only be removed once someone has finished both bottles. This is more “solo adventure” than “party game” but can be hilarious in the right setting.

What are your thoughts on the decision to go from blocks to single set releases and the impact that has had on mechanics and how they are fleshed out. They use to get a lot more breathing room and now it feels like everything is just jammed into a single set.

The best mechanics and blocks have a certain progression on how the mechanics evolve over time. I don’t think Odyssey block is a design masterpiece by any stretch, but the evolution on flashback exploration (just mana, then mana and life payments, then stuff like Battle Screech) is cool, and there’s something very satisfying about opening up the range over time.

I do think that’s an overrated commodity, however. To begin with, to get what is going on a player must be fairly invested in all the releases, and that’s already a captured market. Maybe I think Deep Analysis is cool, but if, in order to really get it, I need to know precisely how flashback was executed in Odyssey and that this is slightly different, that just doesn’t seem like a high-yield use of file equity. Either you get it, in which case you follow the game religiously and probably would think just about anything was cool, or you don’t get it, and maybe it doesn’t do much harm, but it certainly doesn’t justify preserving a block structure.

You are right to point out that things get compressed in the current world. I don’t think that’s bad, or impossible to work around. There’s nothing preventing someone from doing Chatter of the Squirrel, Crippling Fatigue, and Battle Screech in the same set, so maybe you lose a bit of the artfulness of the execution over time but it isn’t eating up design space that would be there otherwise.

On the other side of this, it’s really hard to squeeze three good sets in a row out of a single mechanic, even if it’s good. Many mechanics, like affinity, have critical mass issues wherein a few designs are fine, but become problematic in larger doses. It can also be pretty boring to see the same few keywords for a year straight. I think the game is well-served by allowing the designers to pick how much support a mechanic receives, or the frequency with which it appears, and the block structure forces people’s hands in a way that has materialized as bad in the real world. I think for something as complicated and evolving as Magic, the more flexibility the better, as a rule.

Hi Patrick, I’ve heard a lot of people on social media dissatisfied with the d20 mechanic. I have not played with the cards yet, but the design seem mostly fine in terms of “randomly-generated” effects. They say “Do X. Sometimes get a bonus.” outside of a few cards like Treasure Chest, where the burden is on the controller, not the opponent. I was curious about your take.

I understand the frustration. Magic is a game with a lot of front-loaded randomness (you shuffle a deck and then draw cards) and very little in the way of back-loaded randomness (rolling dice or flipping coins to see how spells resolve, etc.) Even if you can describe all of this as “random,” at a certain point your players have certain expectations, conscious or not, around the execution of randomness. Even miracle evoked a certain emotional response from certain players even though it’s leaning into the core conceit of the game engine (you draw a card each turn, sometimes that card is really powerful), so there’s no promise it’s rooted in anything rational. 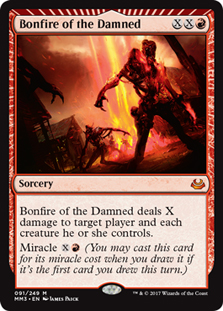 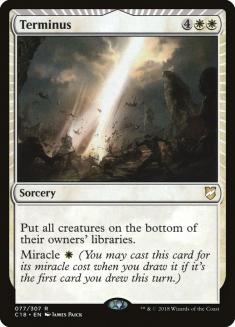 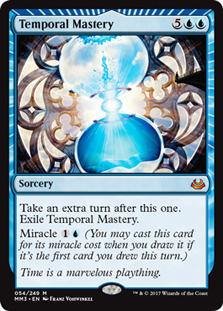 That said, I think design was appropriately conservative with the rates on the die-rolling cards. Sometimes the outcome matters a lot, which is going to be true no matter how tight the delta is between the best and worst outcomes, but it’s rare to play a game that feels like it just came down to one result. Many of the cards are on the expensive side, so even if a given roll is high-leverage, at least a lot of game has led up to the moment when the card resolves, so it shouldn’t feel that the roll was the only thing that mattered.

If you want to make the case that the mechanic should be cut from the set entirely, that’s one thing, but assuming you want to do it, I think design was about as judicious as possible. I’ve played a number of drafts and I haven’t felt it make that big of a difference in the outcome of my games very often. Maybe this is a function of me being older and more casual; I’m sure even the current execution would have infuriated me twenty years ago. But I like it for what it is, and it gives the set a very memorable hook if nothing else.

Lastly, the Question of the Week™, and winner of $25 in SCG credit, from Taylor Raglin:

Quick aside before we begin: Resleevables is great. I learned that Cedric and I are incompatible due to an unfortunate affinity for wheat beers. Unfortunate.

Now, for the Satchel, a four-parter(!). Answer what you will or won’t, and thanks in advance if you do.