The Vintage metagame always progresses in waves; just when one thinks an archetype is on the downswing and is at its least popular, is performing badly, or is poorly positioned, BOOM! That deck comes back with a vengeance and dominates a tournament. The explanation for why this is constantly the case is simpleâ€”as people begin to perceive that other decks are “public enemy #1” and devote more and more slots in their deck to combating other popular decks, the new slots have to come at the expense of other matchups.

Assume that Dredge or Creatures are the decks to beat, because previously those decks had been performing well as the majority of players had been ill-equipped to play against these archetypes. If we begin making room in our sideboards to play more narrow cards for the graveyard or to kill a creature, it’s likely that we are subtracting cards, and thus percentage, from somewhere else.

So, if Dredge and Creatures are the best and Workshop is on a downswing, we play fewer cards to beat Workshop to make room for more cards against Fish and Dredge… Which deck is actually the best positioned?

In today’s article I’m going to look at the almost identical Espresso Stax variants that finished first and second respectively at the March NEV Series tournament at Top Deck Games, and I’ll fill you in on everything you need to know about these lists moving forward. One thing I would always take into consideration when thinking about whether to play a Workshop deck or to allot slots for Workshop decks is the following:Â 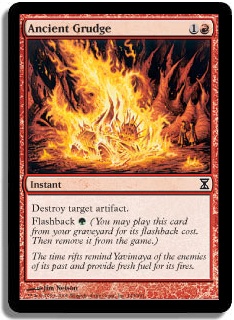 When everybody expects Workshop to be good and commonly played, people play this card. 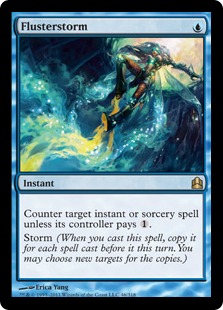 When everybody assumes Workshop to be bad and sparsely played, people play a lot of this card.

When people have a lot of Flusterstorms and Red Elemental Blasts, life is good for the mono-artifact mage…

Nearly identical Espresso Stax builds locked up the first and second place slots at the recent NEV series, first place being won by none other than Vintage ringer Chris Pikula.

It should be fairly obvious that these two decklists are nearly identical aside from a few small differences in the sideboard.

The first thing I noticed about these lists, which qualifies them as “good” Workshop lists, at least in my mind, is that they do what I’ve always believed to be what Mishra’s Workshop decks do best: they are dedicated mana/resource denial decks. For the most part, I believe that the most successful and outright powerful Workshop decks have traditionally tended to be resource denial strategies rather than disruptive beatdown decks.

While most other decks are confined to base their strategies around lands and artifacts that largely operate on a one-to-one card-to-resource generated ratio, Mishra’s Workshop decks maximize the number of lands and artifacts that produce more than one resource per card per turn in order to essentially out-produce their opponents in their ability to make a lot of mana very quickly. 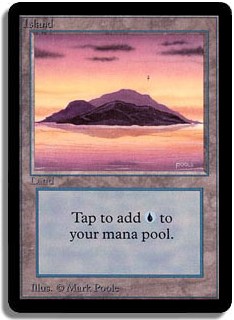 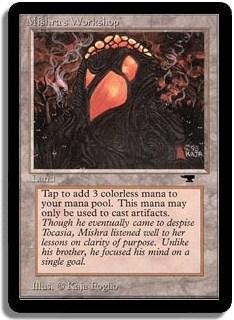 Quality of vs. Quantity of

The thing that Mishra’s Workshop as a card, and also as a strategy, does better than any other deck in Vintage (and possibly in all of Magic) is have the most lands and artifacts that tap for more than one mana each. Returning to the point I was making earlier, I’ve always felt that Mishra’s Workshop decks are most devastatingly applied when they are designed to leverage the advantage in resources they already have over an opponent in order to directly attack their opponent’s resources when they’re already at an intrinsic disadvantage.

Let’s get back to the winning deck lists. Right off the bat, a huge, huge two thumbs up in the air for the mature and realistic intuition to play: 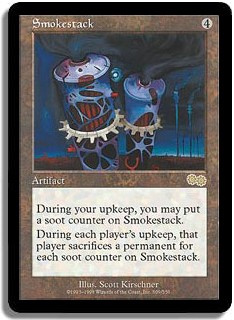 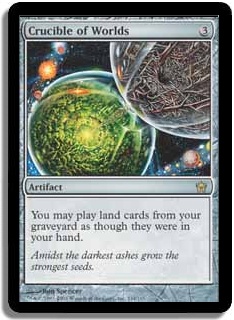 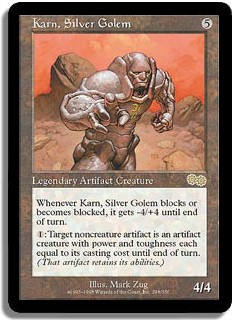 It actually makes me kind of happy to see these cards making an appearance and dominating here in the modern era, even if just for one event. I also enjoy the fact that the deck wears the namesake of Stax and actually has the card Smokestack. It also features zero copies of Juggernaut, Slash Panther, or Steel Hellkiteâ€”cards that I’ve always felt were holding the Workshop archetype back in the modern era.

The reason I say that the monster builds of MUD have held Mishra’s Workshop back is because all they allow the pilot to do with the mana advantage is to apply an aggressive clock backed up by soft disruption. A true mana denial deck focuses on using all of its resources to keep the opponent from developing beyond the early or midgame, and thus renders opposing decks inept at ever truly executing their spells and strategies.

I remember there was an incident back in the day where Mark Biller wanted me to test Vintage with him and handed me a Workshop deck; I quickly looked through it, looked at him contemptuously, and asked:

“I’m not playing with this deck until it has Karn.”

Still to this day (Biller is actually my housemate out in Michigan) the phrase “Where’s Karn?” is a frequently referenced; saying that basically means: “Why is something that should obviously be present not here right now?”

For the record the best “Where’s Karn?” so far came in reference to me at a party coming outside with some drinks but not enough for everybody, and Biller asking “Where’s Karn?” I responded by saying, “Karn’s here, I just haven’t drawn him yet,” making a pun about drawing a beer from the keg.

That should pretty much sum up how I feel about Karn, Silver Golem in a Mishra’s Workshop deck.

If we think about Island vs. Workshop as quality vs. quantity, where an Island allows more powerful restricted list spells (Ancestral Recall, Time Walk, and Jace, the Mind Sculptor) but Mishra’s Workshop allows for more mana more quickly, trying to beat down with four and five power monsters (probably a three-turn clock) is inefficient. This is because many blue decks only need a one-turn window to combo out and win the game.

Spending all resources to never allow the blue deck the opportunity to execute is a huge advantage in the Island vs. Shop matchup; from the perspective of the blue mage, I only ever care about a Slash Panther or Juggernaut when my life total is going to become zero, whereas I always care immediately about the effect a Crucible or Smokestack is going to have on the game. Turn 1 Smokestack puts blue under so much more pressure than turn 1 Slash Panther; it really isn’t even close.

The other innovation that I think is really awesome comes from Mickey Mahr’s second place list in the sideboard: three Maze of Ith. 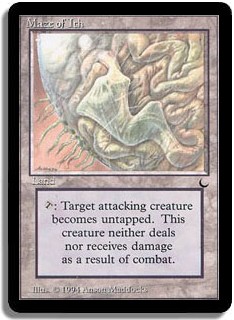 “Oh, Trygon Predator and Tarmogoyf from the Gush deck? Cute… I’ll add a counter to Smokestack…”

There are a lot of blue aggro-control decks that don’t play Wasteland and bank pretty hard upon Trygon Predator to even out the Workshop matchup, and Maze of Ith seems like a fantastic way to hold these decks at bay while attacking their resources and lands with mana denial elements. Especially against the wide contingent of decks that literally have no way to answer a Maze, being able to essentially answer a Trygon Predator with a card that can’t be countered or removed by the blue mage seems very, very good to me right now.

Does Dredge finally have a natural predator?

It’s possible that a big reason why Workshop may ultimately reclaim its place as a tier 1, dominant Vintage strategy in the modern metagame is that the deck is not only passable against Dredge but may be actively great in the matchup moving forward. No other deck really has a great Dredge matchup, but if Workshop mages feel obligated to play 8-10 cards to bring in against Dredge, then Shop may be the force that actively keeps Dredge in check moving forward.

I cannot overstate how big of a deal it is that there may actually be a deck in Vintage that is heavily favored to win matches of Magic against Dredge; having a great Dredge matchup is also a factor that I believe will propel Mishra’s Workshop to become a more and more popular deck choice moving forward.

However, as I’ve already stated, the better Mishra’s Workshop is the worse it actually becomes. The unique thing about Mishra’s Workshop as an archetype is that it has always and will always have a strong following of players who are constantly tweaking, tuning, and moving the archetype forward out of pure love of playing the deck. Many decks have a cult following in Vintage, but Workshop and Mana Drain tend to have the biggest groups of dedicated followers and innovators.

Whenever Workshop decks have success people notice and copy it, trying to catch the same lightning twice in the same bottle. For the most part, I think that Land Destruction style Workshop is likely to be the highest strategic level at which the Mishra’s Workshop deck can function. I also like the fact that Pikula’s list features the full suite of Crucible of Worldsâ€”a card that really shines in the mirror match.

I also really respect the Maze of Iths out of Mahr’s sideboard as a possible trump to the move toward more and more creatures in Vintage, in particular as a trump to BUG/Gush decks that are utilizing Trygon Predator as their primary tactic toward fighting Workshops.

In my opinion, the biggest ceiling that Mishra’s Workshop is likely to risk hitting in the near future is actually not a surge in Trygon Predators moving forward but the possibility of people realizing the full potential of Snapcaster Mage in the creature metagame. Particularly, the possibility that people may catch on and do what I did (and would be doing if there were more tournaments in my area), which is play 3-4 Swords to Plowshares and 3-4 Nature’s Claim after sideboard with 2-3 Snapcaster Mages and back that up against Chalice of the Void with Qasali Pridemage.

It is still pretty early in the evolution of creatures Vintage, and I’d expect to see less of the Gush with Goyf as more decks adapt to handling decks with creatures. My expectation would be that decks will become more and more linear and less hybridized between creature and big mana/Yawgmoth’s Will. Especially now that Workshop decks are adapting to deal with Trygon Predator from every deck with a Tropical Island, I’d expect that many blue mages will move back to Hurkyl’s Recall rather than Trygon Predator. Also, I anticipate Swords to Plowshares becoming a pretty big player in the near future, which will accelerate the de-hybridization of spell and creature decks. This is because not playing with creatures in order to blank opposing removal spells will become a more and more prevalent concern for Gush, Control, and Tezzeret decks.

As for the continued evolution of Mishra’s Workshop, the first person to figure out how to play with Goblin Welderâ€”and have it be actively greatâ€”probably gets to win a tournament. Although there are a lot of Mental Missteps out there right now, so that might be tricky.

Congratulations to Chris and Mikey for bringing Workshop back!