I’ve written a bit about this archetype before
explaining the basics and card choices, but feel like it has progressed a
good amount since then, especially in the sideboard.

The true glory of the deck is the game states that end up like this:

It doesn’t take long to craft yourself a glorious empire where your
opponent can only helplessly watch as you take turn after turn and draw
card after card.

Things don’t usually progress to the point where you could cast Emrakul,
the Aeons Torn with As Foretold. Usually you’ll just find a way to win with
big awoken Islands bashing your opponent’s face, thanks to your main win
condition: Part the Waterveil. 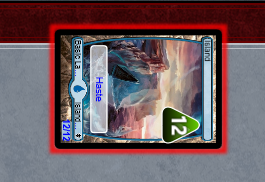 If something happens to your Part the Waterveils before you can awaken them
up inside, Elixir of Immortality is your backup win condition.

The deck has such a high density of Time Warps that it doesn’t take long
before you are able to take infinite turns while essentially being assured
you can’t fizzle because you’re drawing so many cards with Howling Mine. At
this point you just keep using Elixir of Immortality to make sure you don’t
deck yourself, and then start targeting your opponent with Ancestral Vision
until you deck them.

This can take some time, so be careful not to die from Exhaustion while
comboing off. Remember to stay hydrated.

Dictate of Kruphix still seems worse than Howling Mine in this particular
list, since you don’t care that much about your opponent drawing cards
compared to how much it helps your curve and how good it is with As
Foretold.

I did often find myself wanting more Howling Mines though, especially
postboard, which is where Dictate of Kruphix comes in. One of the ways the
deck can lose is if you have to start casting Time Warp without getting any
sort of value from it. Usually this happens if your opponent has destroyed
your Howling Mines or As Foretolds. Dictate of Kruphix helps solve this
issue when your opponent has more disruption postboard by just giving you a
higher density of cards that work great when you’re taking extra turns.

Next let’s go over how you can expect the deck to play against some of the
more common Modern matchups.

Grixis Death’s Shadow isn’t the fastest deck in the world and they have a
decent amount of dead removal spells in the first game.

Stubborn Denial is mildly annoying, but it isn’t hard to set up a turn
where you Gigadrowse your opponent’s creatures and blue mana sources, and
then combo off.

This is a great matchup since they are clunky and their disruption against
you is weak. You should easily have enough time to set up As Foretold and
Howling Mine before they can kill you.

Chalice of the Void set on one or zero (to stop Ancestral Vision) can be
annoying, but is usually not enough to actually stop us.

Keep in mind Endbringer untaps during your untap step, which means it can
ping you every time you take an extra turn. This usually won’t be nearly
enough to actually kill you though, especially with Elixir of Immortality.
Savor the Moment does conveniently skip your untap step as well.

Cryptic Command is especially important for bouncing Chalice of the Void,
Endbringer, countering Karn Liberated, or just tapping their entire team
down for a turn.

Fast clock and cheap cards are not what we want to see, but it’s still
possible to steal games with Gigadrowse or a good start of your own when
they don’t immediately dump their hand by turn 2.

Hurkyl’s Recall, alongside your makeshift Ancestral Recall from As Foretold
and Ancestral Vision, helps a massive amount postboard.

Again, a tricky matchup due to their fast clock and ability to use Howling
Mine effectively and mostly ignore Gigadrowse. Eidolon of the Great Revel
is a complete nightmare.

Exhaustion, Thing in the Ice, and Dispel do good work, but it will always
be an uphill battle where you need them to stumble in some way.

A bold new take on traditional Restore Balance that I like to call “Restore
Imbalance,” because of the inconsistency of cascade. You either cascade
into Restore Balance or Ancestral Vision with Violent Outburst and
Ardent Plea, instead of just Restore Balance.

Right now as the deck is built, there’s a 50/50 chance you hit Restore
Balance or Ancestral Vision if all things are equal. That number can be
tweaked by cutting some amount of Ancestral Vision, or even trying
different options like Wheel of Fate.

This deck kind of started as joke but has performed well for me so far. The
idea of putting in cards other than Restore Balance to cascade into has
always appealed to me.

Your first question about the deck is probably “Doesn’t adding Ancestral
Vision completely mess the deck up by making it so you sometimes don’t
cascade into Restore Balance when you need it? The deck is all about
casting Restore Balance on demand!”

Sometimes yes. It will mess you up, but not as often as you’d think. 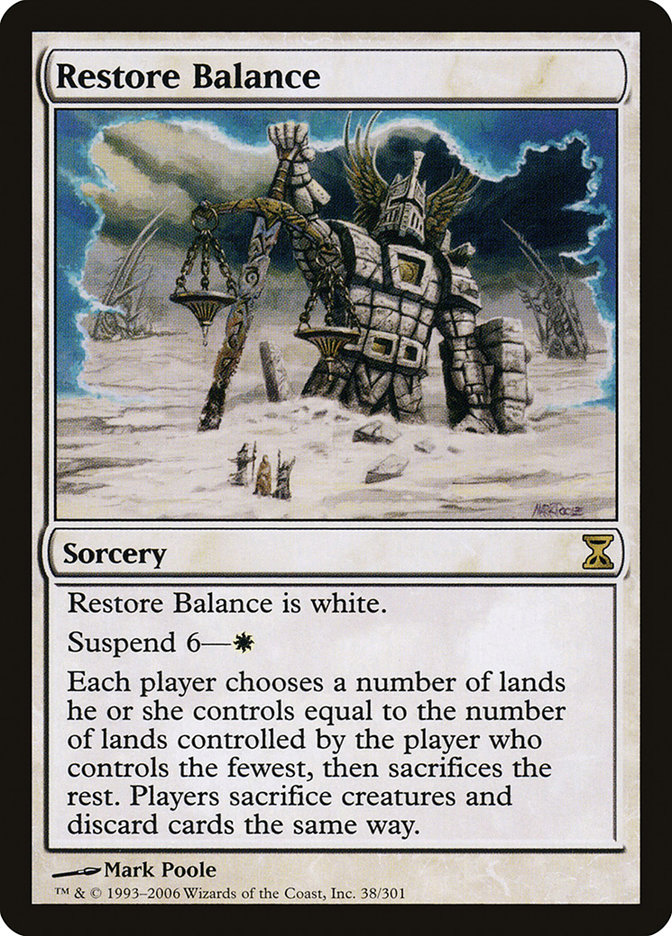 It’s not like Restore Balance decks were crushing Modern previously, so
changing things up and trying something new seems like a good idea.

Drawing three cards for three mana is nothing to scoff at. The cards you
draw will often be more cascade enablers, a missing Greater Gargadon, As
Foretold, or just (pardon the pun) cascade you into a win through card
advantage from more Ancestral Vision copies.

The other aspect of the deck that gets improved is that As Foretold is
excellent in the deck, probably the best card you can draw, and gives back
a lot of that consistency that we were previously giving up. No longer will
uncastable Restore Balances linger in your hand; you can now cast them with
As Foretold as you please.

As Foretold is like a really good Borderpost as well, allowing you to
continue casting spells after you’ve sacrificed all your lands to Greater
Gargadon. I’ve always disliked having to run Wildfield Borderpost in a
four-color deck with a low land count.

I’ve already cut down on Borderposts and increased the land count, but I
might just go Border-postal and cut even more.

Restore Balance decks were previously inconsistent and glass cannony. With
Ancestral Vision and As Foretold you have a higher density of cards that do
things and are less reliant on just cascading into Restore Balance.

Fewer nut draws, but fewer draws where you do nothing and die.

The deck makes for artful board states. 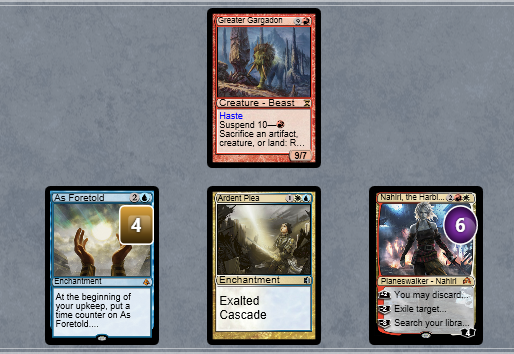 There’s something special about having no lands on either side of the
battlefield deep into a game. 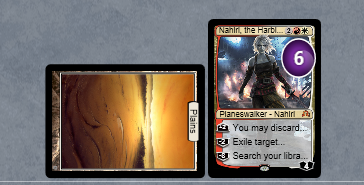 Or just having a turn one planeswalker thanks to triple Simian Spirit
Guide. 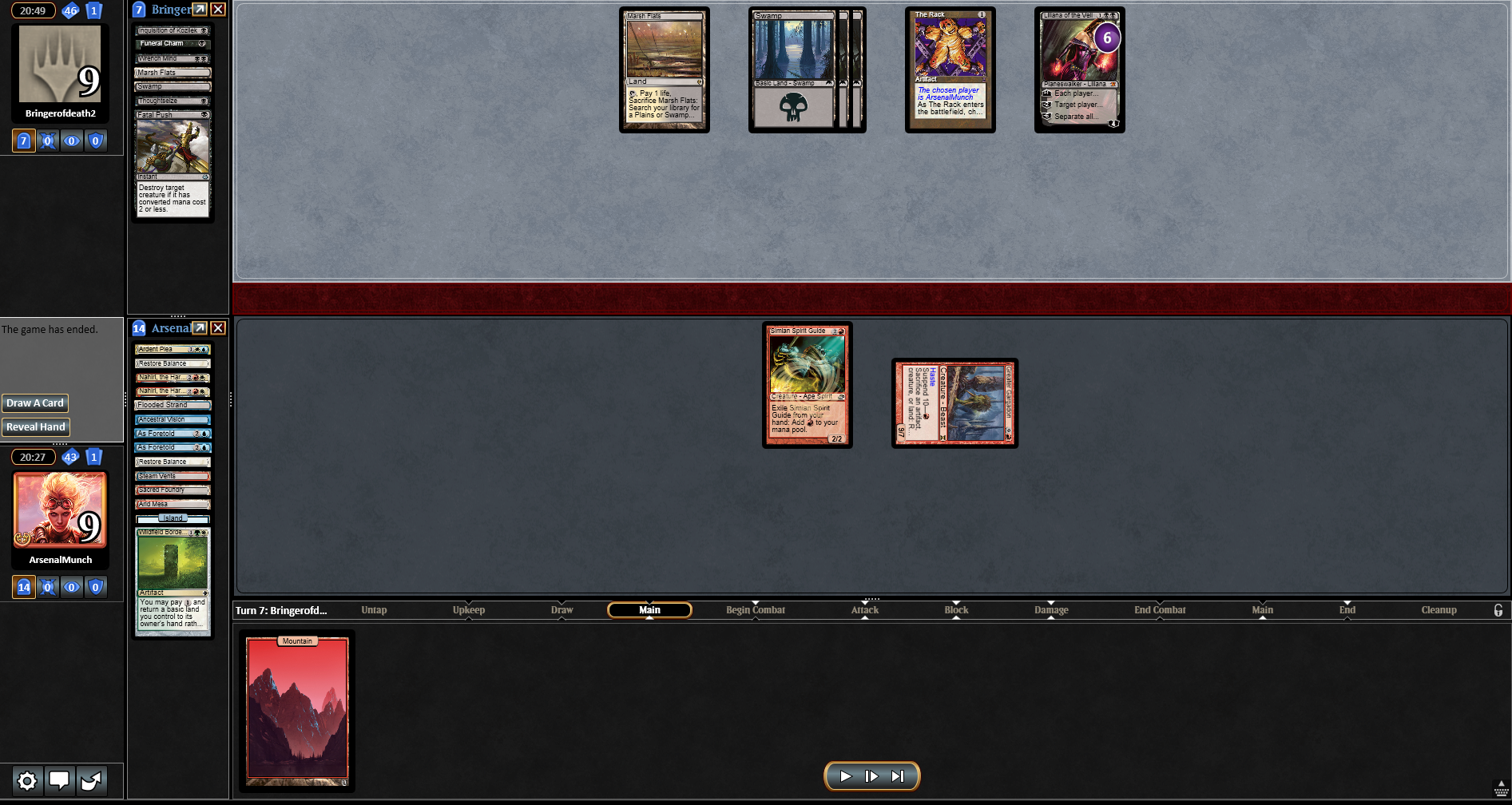 Liliana of the Veils ultimate just isn’t that great against two permanents.

This a rough matchup not only because they can pick away key pieces of your
combo with Thoughtseize and Inquisition of Kozilek, but they also have
disruption in the form of Stubborn Denial as well.

Stubborn Denial is the real whammy card, since you kind of have to brute
force past it once they have a four power creature in play. You do have a
high density of “must counter” spells though. Not impossible to win,
especially if they draw a couple dead Fatal Pushes.

This matchup is pretty much all about Chalice of the Void, since you’re
massively favored if they don’t have it–and pretty much can’t do anything
if they do have it.

Chalice of the Void is one of main reasons I would want maindeck Detention
Sphere, because otherwise we don’t really have a way to remove it game 1.

Casting Restore Balance isn’t always going to win the game, since they’ll
often have some Springleaf Drums, Cranial Platings, and a Mox Opal that
sticks around and you’ll end up discarding your entire hand.

If you do Restore Balance with As Foretold and Greater Gargadon suspended,
that should be enough since it means you’ll be able to cast the cards you
draw and get back in the game before Affinity can.

Restore Balance is surprisingly strong against Burn decks, and a Simian
Spirit Guide-boosted start is often fast enough to help you cripple them
before they get you low enough to finish the job.

Postboard you have Leyline of Sanctity to really punish them. Just watch
out for Destructive Revelry on your As Foretolds or Borderposts.

As Foretold has helped reinvigorate both the Taking Turns archetype and the
Restore Balance archetype and kept Modern fresh in the process.

Just writing this article makes me want to go play both of these decks
more. They are both a lot of fun, and I’ve enjoyed tinkering with them. I
doubt casting Ancestral Vision with As Foretold is going to get old anytime
soon.

What do you think of these decks? Are the original versions better? Did I
miss adding a key card?