"Until a man is twenty-five, he still thinks, every so often, that under the right circumstances he could be the baddest [expletive] in the world." — Neal Stephenson, Snow Crash

The last time I think about 2013 (and may the day be far off), I doubt I’ll remember much about it. It was a real nose-to-the-grindstone year, and many of my long-term plans—the novel, the nonfiction book proposal—haven’t paid off yet. In my day job, I worked on a few prestige projects and scored a nice little plaque from a national organization, but that’s what’s expected of me and what I expect of myself from now on.

What I will remember about 2013 is that it’s the year I "went pro" with Magic. To borrow from Stephen King, I wrote stuff for Wizards of the Coast; they sent me a check; it didn’t bounce; and in a direct homage to that quote, I took enough out of said check to pay my electric bill for the month. To have a tangible impact on a game I love is a dream come true, and next year I’ll be able to show you some of what I’ve done as cards get previewed and released.

Going pro as a Magic writer also crystallized another truth for me: that it was time to set aside my decade-old dream of playing on the Pro Tour. Due to flavor-text writers having advance knowledge of card sets, when they work on a set they aren’t eligible for tournaments starting with that set’s Prerelease and ending after Game Day weekend to prevent them from having an unfair advantage compared to the rest of the DCI membership.

Each set’s Pro Tour takes place between those two milestones and thus is verboten; nobody who wrote for the set Theros could play in Pro Tour Theros for instance, so there’s no point in attending PTQs for that event. On top of that there are month-long spans where writers are locked out of valuable PTQ chances. This is the price of making names and flavor text for Wizards.

I pay it gladly.

There’s still a chance I could back into a Pro Tour invite of course. Maybe someday I’ll be in my 30s or 40s, go to a Grand Prix to have a nice Magical weekend, and rattle off the tournament of a lifetime to score an invitation like Charles Lancaster at Grand Prix Houston in 2010.

The Pro Tour Qualifier and I are officially breaking up though. We’ve had good times and bad, but we’d been drifting apart for a while. This is just the end of the long goodbye.

If a breakup letter to a class of tournaments isn’t to your taste, I’ll have a Modern Affinity list at the bottom; seek "Modern Affinity" and ye shall find. Otherwise, sit back and enjoy.

My first official Magic tournament was a Pro Tour Qualifier. I’d heard of Friday Night Magic, but it was far away and I didn’t really need it because I totally crushed all my opponents in my high school cafeteria. As far as Lifestyles of the Young and Stupid go, it was a relatively harmless delusion.

I signed up with the DCI, acquired my card and membership number—eight digits, then a novelty, now a source of comment from certain tournament organizers that I’m "old school"—and carefully filled out my home-brewed decklist of red cards and Mountains. It had something like a curve.

The date was August 3, 2002. The tournament was six rounds with a cut to the Top 8. This was in the Midwest—Illinois to be exact. Most PTQ players in the U.S. have never played a Qualifier so small; such is the growth of the game. It was a different time. Not a better time—different.

U/G Madness and Mono-Black Control were decks. I didn’t know what to expect that first tournament. Neither did my mother, who stayed right outside the tournament hall in case I needed anything. I tried the teenager’s exasperated "Mom!" and added my own wrinkle: "I’m seventeen, and you’re going to drop me off at college in a month . . . "

Nothing doing. She still has hair-taming privileges over me. Trust me, young ones, that never ends.

Another thing that never ends: the ritual of a newbie getting massacred in that first big event. 0-4, drop. Even the draft I tried didn’t give me a win. That would have to wait for the next week at the PTQ in Kentucky. That tournament was bigger: seven whole rounds. I won two.

I went to three different PTQs in three different states, none of them my Indiana home, in one last glorious month of Mom-driving-me freedom between high school and college. Cumulative record: 4-14. I didn’t care much. I had a blast.

I never thought I’d look back at those tournaments and laugh at the chances I wasted. 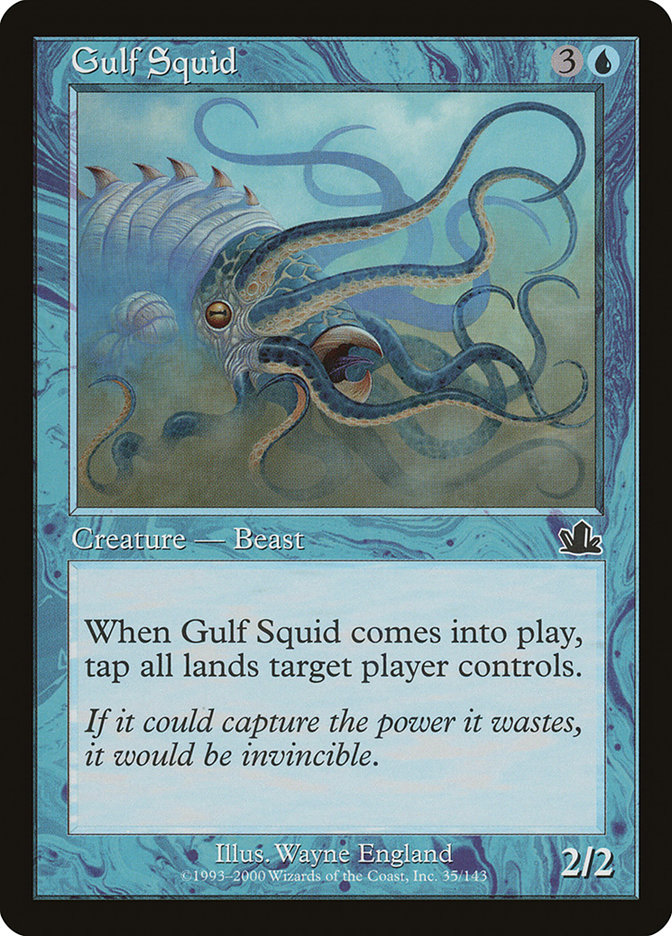 I’ve played a total of 54 tournaments, either PTQs or Grand Prix, that could have qualified me for the Pro Tour. I’m 0 for 54. As for whether I’ve been close . . . that depends on your definition of "close."

The early tournaments, no matter how small? Not close. Never close.

The smallest PTQ I ever played had 46 participants: Kamigawa Sealed in 2005 for Pro Tour London. For every decent player there, just entering that tourney was "close." I still had the homebrew stubbornness about me, but that didn’t matter so much in Limited and Sealed PTQs gave me my best results. My pool was pretty good too.

Still, I took my two losses, drew another gent into the Top 8, and left in 14th place and without a prize. That was the natural order of things.

That was how it went right through the end of my college days. My last PTQ round played as an undergraduate was against one Jon Agley, who I later encountered in the StarCityGames.com Talent Search. Magic’s a great big global game, but I’ve come to appreciate how tournament Magic is a small world.

When I graduated from college, I had no debt and a job offer in hand, two blessings I didn’t come to appreciate until much later. Even with all the stress of setting up a new life a thousand miles from my old home, I found time for Magic, and one of my first social events was a PTQ in Fort Worth. Nobody paid me much attention—except when I talked with my Midwestern accent. I only half-minded. I wanted to make friends, but I was pretty darn shy.

A few months later I had a couple of firsts: flying to a PTQ (Dallas to Oklahoma City—woohoo, big trip!), staying overnight for a PTQ (two nights at a motel skeevy enough I won’t name it because I don’t want to get sued), and getting really sick after a Magic vacation (which is among my more unfortunate trends). After that one I wised up a bit and realized that plane trips weren’t the best substitute for Chauffeur Mom.

In all of 2007, I played a grand total of three Magic tournaments: a Grand Prix, a Sealed PTQ in Houston (to which I flew—again—because I can be a slow learner), and a booster draft. I had a lot of life interruptions in there, not least of which was the death of my father; the PTQ I played wasn’t just my first Magic tournament after he died but the first time I let myself have fun.

Remember when I asked whether I’d ever come close to the Pro Tour? If making Top 8 of a PTQ is close, yeah, I did that once. February 10, 2008. It was the first time I wore a dress shirt and tie to a Magic tournament. Black shirt; white tie; and a red, green, and blue Affinity deck that looked like no build to see success before or since.

I made Top 8 mostly because I didn’t know any better.

A freaked-out Kyle Sanchez and a quarterfinals exit later I was better known to Texas Magic. As I left, I fell into conversation with a gent named Lance. He offered me a ride home, and by the time I hopped out at my apartment, I had my first real friend in Dallas. I can’t say PTQs never gave me anything.

I couldn’t have known I’d never get that close again.

In 2008, including my Top 8, I played in a whopping six PTQs. I rode to Kansas City and flew to Memphis for the side events at Worlds, when there was both a Worlds and side events at it. I won against some kid named Todd Anderson in the first round of the Sealed PTQ and wasn’t impressed with him. I went to a Brazilian steakhouse for the first time in my life and made the rookie mistake of ordering dessert.

In 2009, I played eight PTQs. I don’t remember any of them. I recognize some names. I think I had fun.

I guess it was 2010 when things fell apart between me and PTQs. Somewhere between weekend work at the day job picking up and the StarCityGames.com Talent Search, I only managed three PTQs. Prereleases were getting to be more my taste. I was writing articles for This Here Site Here, and it got to be where I was spending more time writing about Magic than playing it even before my freelance gig with Wizards.

In 2013, I played one PTQ, back on February 23. Modern. My last match was a loss to Ben, wearer of Utilikilts and master of most things Magic. He’s a good guy. I don’t mind that ending.

If I were still playing PTQs, this is what my Modern maindeck would be:

As Memnite counts have been getting lower and lower, Springleaf Drum makes less sense than before and loses its explosive draw potential. This build avoids the awkward multiple Springleaf Drum draws in favor of the cycling of Chromatic Star and two more lands than usually seen, giving it a bit more stability and late drawing at the cost of a bit of early game explosiveness. If you experiment with Chromatic Star, remember this old-school interaction—one may cast Thoughtcast, locking in a certain mana cost (ideally a single blue mana), and then use Chromatic Star’s ability to generate the blue mana.

That’s all I have for now. Join me in two weeks—barring another ice storm such as the one that delayed this article—when I’ll talk about the Polynesian concept of mana, the Norwegian version of the singing competition The Voice, or Magic. Probably Magic.