Magic can be a fickle friend at times. The game greatly challenges our minds to construct strategies both before and whilst we’re playing a match. You can do everything right and have the perfect 75 cards sleeved up for the expected metagame with favored results from testing across the board and still have a medium or even poor showing.

Variance: the fact or quality of being different, divergent or inconsistent.

Magic is often described as a cross between poker and chess because it takes both long-term planning and some luck on your side. No one has ever won a large event without a great deal of luck on his or her side. While that is true, putting yourself in the position to get lucky as often as possible can be the difference between a draw off the top being the best thing possible or just a blank. This video from a lifetime ago is the perfect display of putting yourself in the position to get lucky.

Discarding Hero’s Downfall instead of Swamp to Pack Rat might have been one of the best plays I’ve ever made in my life. Knowing the amount of discard effects my opponent had made me believe that a Swamp in hand to potentially cast an Elsepth, Sun’s Champion off the top was worth more than this removal spell that’s likely to be hit from my hand the next turn.

You can easily say that I “got lucky” to topdeck Elspeth, Sun’s Champion and you’re not wrong, I was very lucky. That doesn’t mean it was only luck that allowed me to win that game. Knowing your outs in any given game and playing to them is perhaps the most difficult thing to master in Magic, but it makes all the difference between those who are merely good at the game and those who are great.

This past weekend was Grand Prix Orlando, which was Kaladesh/Aether Revolt Sealed and Draft. While I did make Day 2 of the event with a medium Sealed pool with an aggressive curve but little to no bombs in my deck, my draft didn’t fare so well, with a 0-3 record seeing me out of the event in short order. 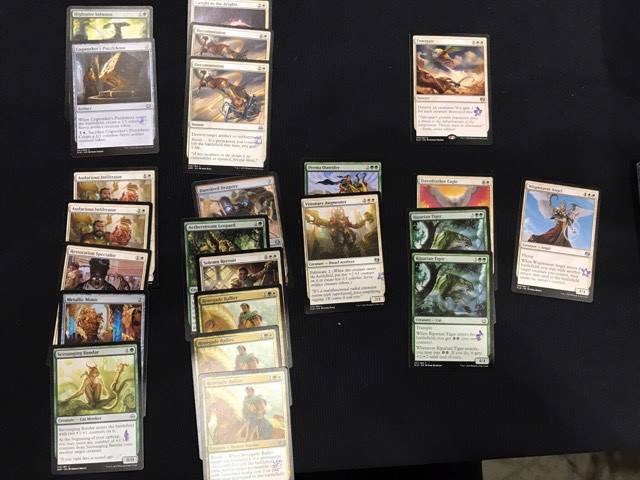 I thought my deck was good enough to manage a 2-1 in the pod, but part of what makes me more of a fan of Constructed Magic got the better of me. I will say that Limited is a highly skillful format in Magic and what I’m about to say hopefully doesn’t take anything away from that. However, nearly every single game I played this past weekend was decided by who was the victim of mana flood or mana screw.

This is the main reason I’m not the biggest fan of Limited Magic. Often I find that less Magic is actually played because of the flood/screw issue than in Constructed.

In recent memory, Wizards has given us many tools to help manage the variance of mana screw and flood by giving us functional split cards like Traverse the Ulvenwald and Oath of Nissa, since they can find a land in a pinch or gas in the mid-to late-game. Another such tool we’ve been gifted has been ungifted in the form of Smuggler’s Copter, which served its purpose a little too well, being a card tearing through your deck as well as a significant clock.

Tireless Tracker has become one of my favorite Magic cards of all time. This little investigator does everything right in all aspects of the game. It stops lands from being poor draws late in the game while being a reasonable body on its own. It’s going to be hard to convince me otherwise come time for Pro Tour Amonkhet when it comes to registering my Constructed deck.

While variance will always be a thing that exists in Magic, since otherwise we would literally be playing chess, the game is constantly finding ways to mitigate that and favoring skilled and calculated decisions. We’ve seen a movement with Wizards even on a gameplay aspect to reduce the variance in Magic by adjusting the mulligan rule, allowing a player who’s been unfortunate enough to have to send their opening hand back the ability to scry 1. While it may not seem like a big change, the “Vancouver” mulligan rule is a step in the right direction for Magic and I look forward to more changes in the future like this one.

With Magic having a lot of variance and being semi contingent on luck, being on the receiving end of a lucky topdeck can put some people on what we call “tilt.”

Tilt: An emotional breakdown and frustration of your hard work not resulting in the success that you desire.

If you’re a competitive player, you’ve at some point been on tilt. Whether because your opponent topdecked the perfect card on the last possible turn you gave them despite you playing perfectly or because you kept a two-land hand on the draw and never drew a third land, it’s happened. Tilt is frustration to the extreme. It affects even the best players, no matter how hard people try. People have a hard time not feeling tilt when it comes to playing in high-pressure games that didn’t quite go their way. The trick is not dwelling on those things and being able to move past it.

I started SCG Richmond only a couple of months ago as the only 8-0 player going into Round 9 on the road to what would have been a historic threepeat for Open wins. From that point I proceeded to go 1-6 in matches, barely, and luckily, finishing in the Top 64 to still cash. To say I was emotionally frustrated would have been an understatement. That being said, I didn’t let that ruin my day. I still shook every opponent’s hand and wished them good luck, just as I always do, as I was round after round pushed further and further away from a dream I was closer to than any person prior.

So how did I manage my tilt? One of the best ways to get past any difficult loss or soul-crushing topdeck is to realize that you will play another day. The philosophy and understanding that you get every opportunity that you give yourself in life can ease the pain of the trouble at hand. In the video above, when I topdecked the Elspeth, Sun’s Champion to win the quarterfinals of that particular Open, I went on to lose in the finals in a heartbreaker of a match where I may have made some poor judgment calls and things didn’t quite break my way. I was tilted. It wasn’t anything I could control; it wasn’t anyone’s fault but my own. I learned from my mistakes and moved on.

It was years before I found myself in that kind of situation again, but I always knew I’d get the chance to play for a trophy once more. That knowledge of my own level of skill and understanding of how, as long as I give myself the appropriate amount of opportunities, variance would eventually be on my side gave me comfort and reassurance that I’d be in that scenario again and I shouldn’t be tilted. Turns out I had that chance twice more and made it count! 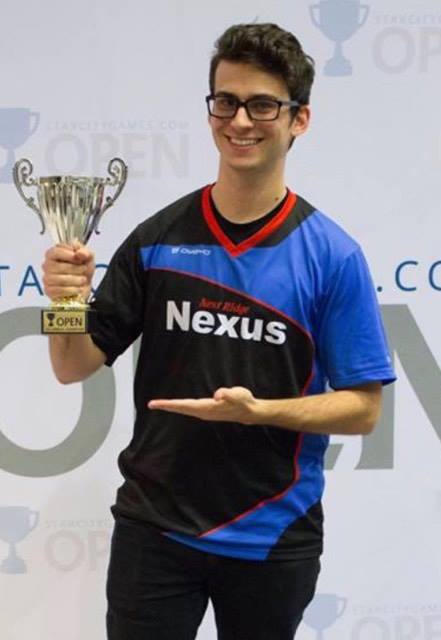 Many of the mechanics in Magic can help with the game’s inherent variance and Amonkhet seems to be bringing some heat when it comes to that department! 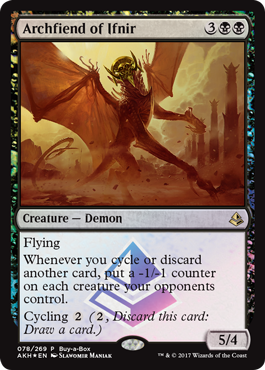 Cycling is one of the greatest mechanics to ever see print that doesn’t feel inherently broken. Archfiend of Ifnir hints that Cycling will be coming back in a big way and I couldn’t be more excited. We still live in a world where putting cards into your graveyard is a huge benefit when adding to delirium or some overlooked cards in the sets we have access to. One card in particular I’ll be keeping my eye on is Ever After. We’re bound to get some giant creature with cycling, and while we have some fuel for the fire in Cathartic Reunion and Tormenting Voice, creatures that Cycle with a benefit added on are bound to make some sort of reanimation deck at least potentially viable. 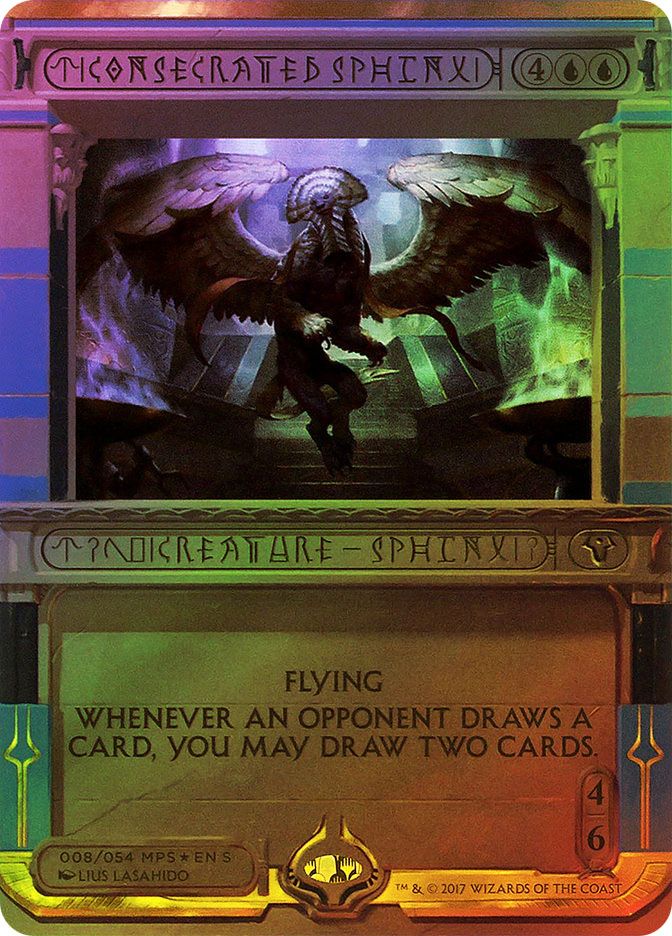 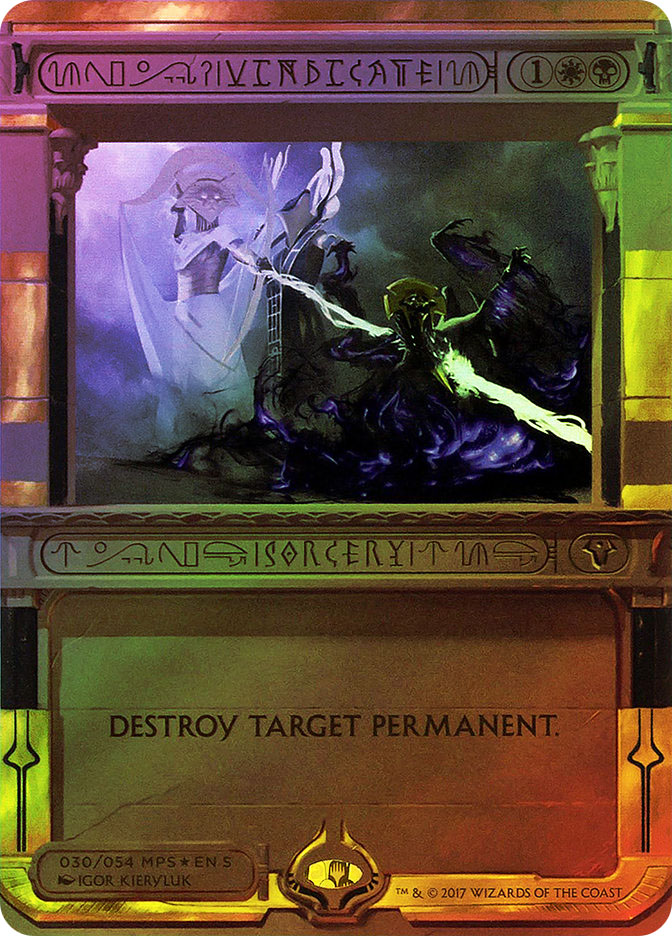 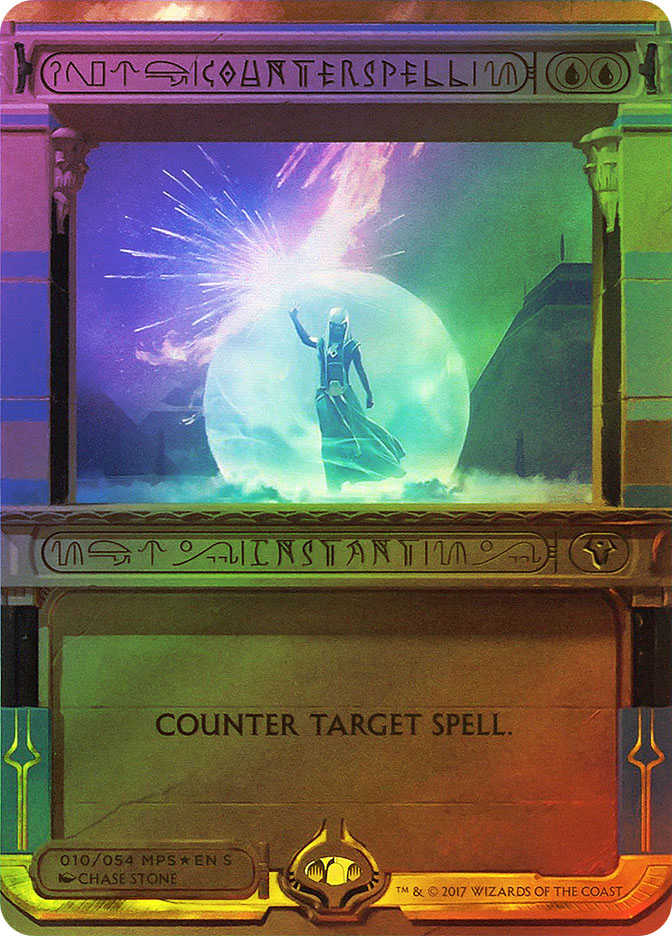 While on the subject of Amonkhet, I’d like to throw my two cents out there and say I’m thrilled with the new Invocations! I can see why people would be put off by their card frame and difficulty to decipher, but to me that’s part of the appeal. I may be one of the few who actually loved the “futureshifted” card frame from Future Sight, so I won’t hate on these lovely new images. The Egyptian theme for this set is amplified to the max with every card and I can’t wait to get my hands on at least one of them (hopefully at the Prerelease!). Overall I’m thrilled for Standard to be shaken up before SCG Atlanta at the end of April!

While we do have SCG Worcester only a week away, Legacy is a format where I’ll have to prepare on a completely different axis from in Standard. Practice, sequencing, and patience are the keys here, and while I’m not entirely sold on what deck I should be sleeving up, I know it will likely consist of the following;

If you have any decks that you’d like to recommend to me in the comments, I’m more than willing to look over and discuss as long as they contain those eleven cards!

Next week I’ll post the exact 75 I’ll have settled on for Legacy and what I expect in the wild world of Worcester!