If you haven’t been on a cruise before (and I hadn’t myself), let me set the scene. You’re on a huge floating vessel the size of a resort hotel and including many of the same amenities. On the top deck, you can find multiple swimming pools, hot tubs, and even a half-sized basketball court, mini golf course, and water slide. Any time you’re hungry, you can head to an all-you-can-eat buffet featuring a variety of different cuisines or just call from your cabin to request room service. At scheduled meal times, you can drop by the main restaurant, where you’ll be seated and have a multi-course meal served to you while you wait.

There’s a theatre with various musical and dance numbers, a comedy club with different comedians performing each night, a night club that runs until the wee hours of the morning, a live band and DJ-run karaoke, and of course countless bars located all over the ship. If you get bored of the offerings on the boat, you can head to dry land on one of the port days and try any number of shore excursions, from beach parties and swimming with dolphins to parasailing and zip lining through the forest. Oh, and all of it—sans arranged shore excursions and drinks—is included in the cost of admission.

Did I mention you can play Magic too? Each of the days at sea features a mini-tournament. This year we played three rounds of Theros Sealed Deck, two rounds of Standard Sealed (one pack from each set in Standard), two rounds of Theros Two-Headed Giant Sealed, and three rounds of Standard. When the dust settles, the players with the best overall records from the events (excluding any VIP guests) play off for the title of Cruise Champion and a sweet one-of-a-kind playmat.

All told, it was an incredible time. I only had two complaints. The first was that the Internet access on the boat was both incredibly expensive and incredibly slow. They charged by the minute, which made the latter problem even more frustrating and is why I hadn’t seen pretty much any of the Born of the Gods spoilers before I got back to dry land. My second complaint is that I’m going to have to wait over a year to go on the Magic Cruise again! Steve and Lindsey have already planned out next year’s cruise, which is scheduled to sail out of San Juan, Puerto Rico on March 15, 2015. I suggest making plans to be there!

Here are a few snapshots of life on the cruise: 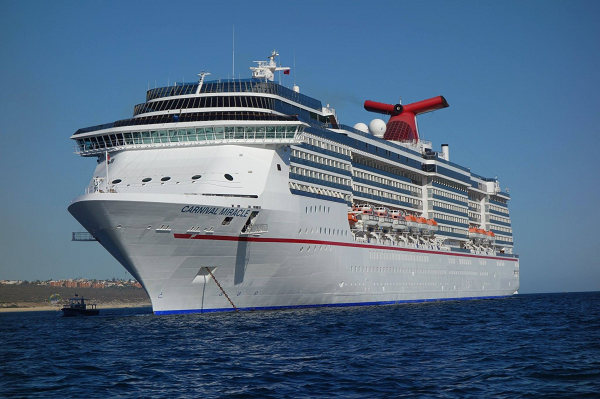 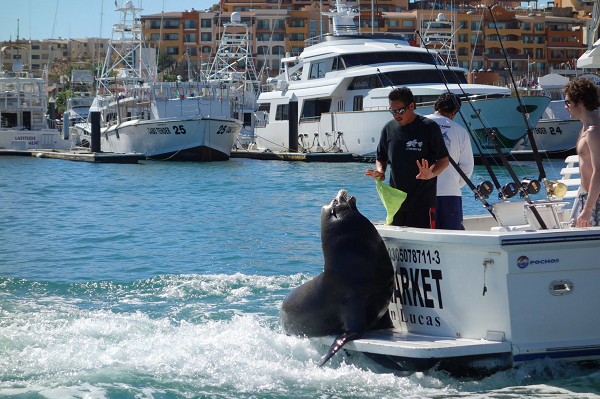 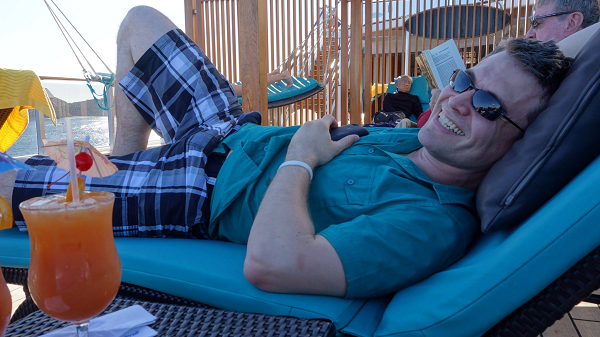 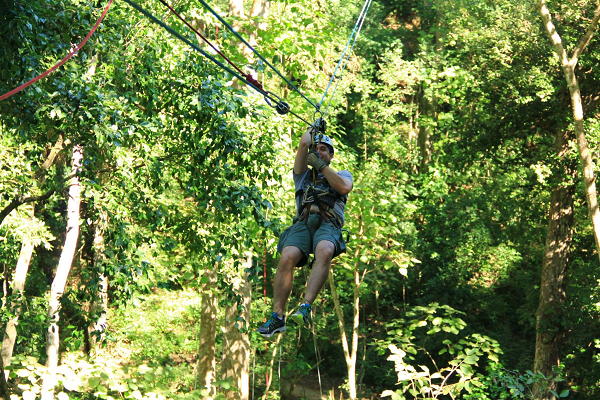 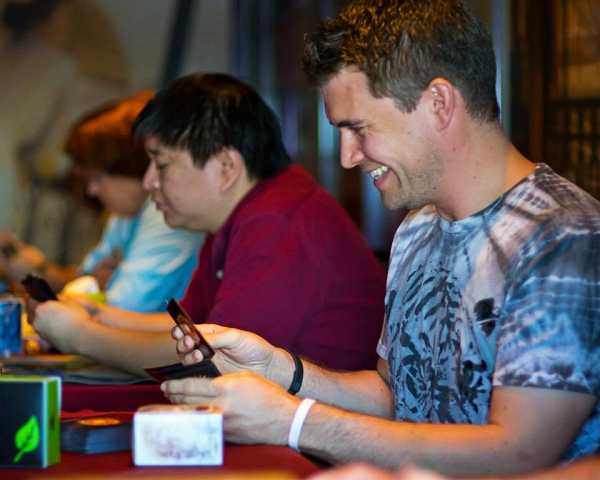 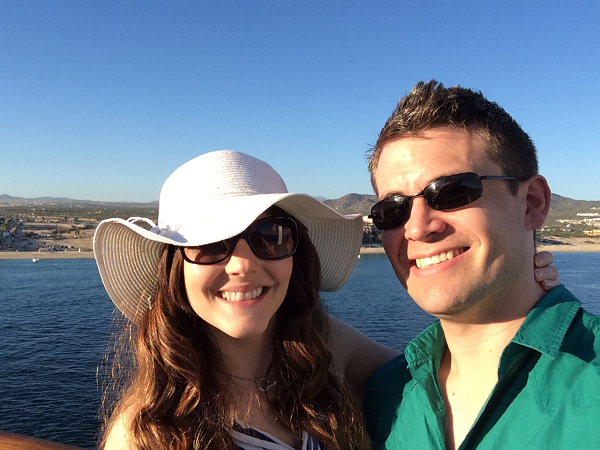 This year’s cruise got back last Saturday morning. Astute readers may realize that’s the same time that Grand Prix Sacramento began, and I managed to compete in that event. I actually contacted the head judge ahead of time and let him know that I was going to be flying in that morning during my byes and asked if it was okay for me to miss the normal sleep-in-special deckbuilding period. He told me that it would be okay, and I booked a flight to leave Long Beach Airport the morning I got back. That meant that I got off the cruise ship around 9 AM, got on a plane at 11, and landed in Sacramento at 12:30. I got to the tournament venue around 1 PM, leaving me with about an hour before round 4 started. No rest for the weary!

The Grand Prix went reasonably well for me. I got a decent but unexciting pool. I didn’t have much in the way of removal, especially for large monsters, so I decided to focus more on aggression than trying to play any kind of long game. I had a few decent rares, but they were spread across several colors. Thankfully, two of my other rares were Sylvan Caryatid and Temple of Triumph, so I put together this Naya deck: 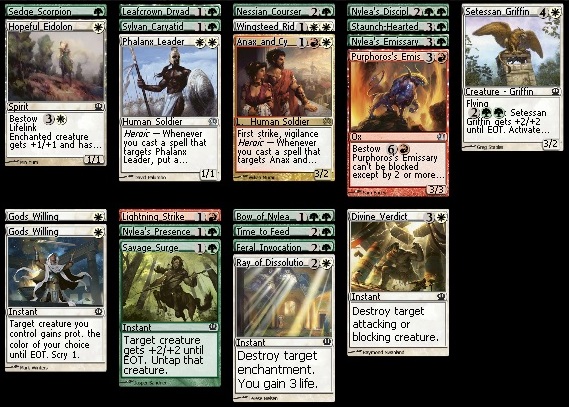 I ended the first day at 8-1, with my one loss coming in the second-to-last round against a B/R deck splashing for Chained to the Rocks and Polis Crusher. It was the Crusher that got me in game 3, when I failed to draw my Divine Verdict when it went monstrous early and I had nothing but enchantments to defend myself with.

The most notable moment of day 1 however came in my one feature match of the day. My opponent was a very friendly guy named Austin, and he’d incidentally just had me sign some cards for him when we got called for a feature match. We split the first two games, and I was significantly behind in the third when the head judge stopped the match and asked to see my opponent’s deck. Shortly thereafter he asked to speak to my opponent away from the table, and when he returned he told me that he was issuing a penalty for marked cards because all of the lands in my opponent’s deck were foil and distinguishable from his other cards. Austin took the penalty in stride, though he was clearly frustrated that he was getting a game loss in a situation when he was otherwise almost certain to win.

Personally I refuse to play with foil cards at all for this very reason. I don’t think Austin was trying to gain any kind of advantage, but the simple fact that someone in his seat could have gained an edge is reason enough to issue a penalty. While foil cards are certainly pretty cool looking, they’re not worth the chance that you get a game loss in a tournament for playing them.

If you are going to play with foils, be sure that there is no distinguishing pattern. Adding all foil lands to your Sealed deck is one of the worst things you can do because you’re adding potentially worn and warped cards to a brand-new non-foil deck. Knowing whether the top card of your deck is a land can give you a huge advantage, so if your cards are deemed marked they are certainly marked with a pattern that allows the possibility of abuse. Just don’t do it.

The second day didn’t go quite as well for me as the first. In the first draft, I passed up the opportunity to switch into red because I hoped I’d cut off blue and white well enough to get rewarded in pack 2, but it turned out Pat Cox to my left had opened Daxos of Meletis in pack 1 and then nearly switched away from it before opening Celestial Archon in pack 2. As a result, both of us ended up with pretty weak decks, though he managed to emerge victorious from our underpowered battle as we faced off in the second round. I lost my final match to a virtually Constructed-quality G/B deck whose pilot used Voyaging Satyrs to accelerate into Reaper of the Wilds, Arbor Colossus, and Boon Satyr in the games he won. Someone’s been stealing my Standard tech!

Here’s a glimpse at that deck. It wasn’t great, but it certainly had a solid aggressive plan, which is what allowed me to overcome my first opponent despite his objectively more powerful U/B deck: 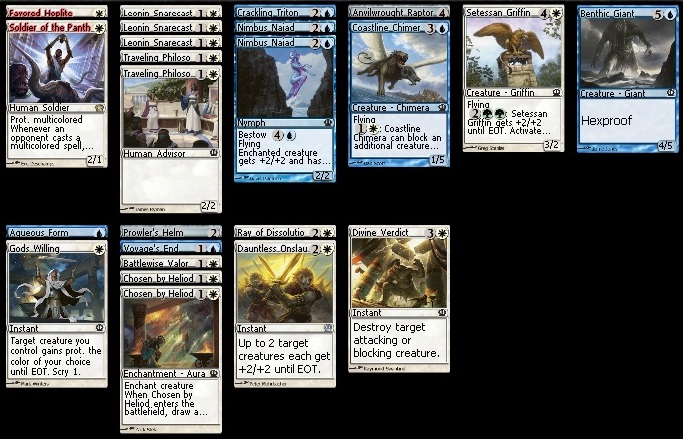 In the last draft, I sat with William Jensen to my right and Josh Utter-Leyton and Reid Duke to my left. Not a bad X-3 pod to say the least. I managed to emerge from the pod with a 2-1 record with the following W/B heroic deck, which had the potential for some pretty powerful draws even though it had a lot of cards of middling power level thanks to Huey scooping up a lot of the cards I might have liked for his B/R deck. My one loss came at the hands of the founder of the PucaTrade website, who overcame my draws that included the bottom half of my deck with his heroically huge Centaur Battlemaster and Elspeth. 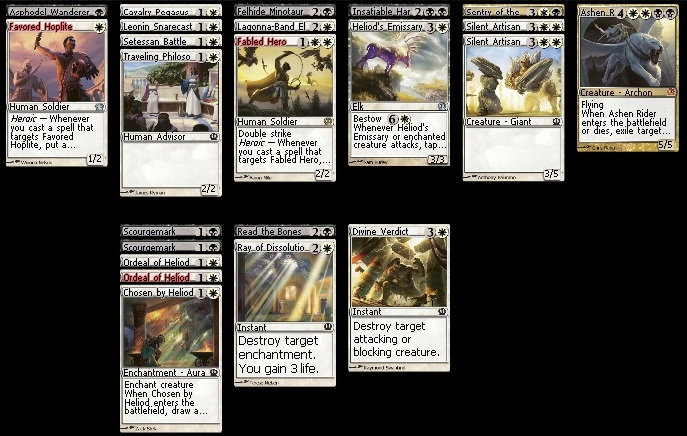 For my 11-4 finish, I ended up in 57th place. I’d hoped that maybe I could sneak into the Top 32, but 33rd place was actually the unfortunate soul with the worst tiebreakers of the 12-3s. While I appreciate the goal of the extended payouts that meant that GP Sacramento gave cash prizes down to 100th place, I still feel like big Grand Prix are really unsatisfying for people stuck in the middle of the standings.

A record of 12-3 went from 11th to 33rd place. Those who made the Top 16 were players like Owen Turtenwald, Luis Scott-Vargas, and Conley Woods thanks to their bye-empowered tiebreakers. I’m going to guess that player who ended up in 33rd place had maybe one bye (if that) and put up perhaps the best finish of his life and yet only managed to finish in the Top 64 thanks to his weak tiebreakers and the enormity of the tournament. Running too few rounds hurts players with no or few byes the most because they are the ones who suffer from having weaker tiebreakers from playing the early rounds of the tournament.

I don’t think there’s an easy solution to this issue. When I brought this up before, many people suggested tying payouts to final record rather than placement in the final standings both in terms of cash prizes and Pro Points. While I think this would be the best solution for players, it is one that WotC has already rejected, I imagine in part due to the uncertainty of the budget for such events. I’ve previously advocated for additional rounds, and I still think we’d be well served to play more than fifteen rounds at events of this size.

With the elimination of Saturday morning registration, day 1 of GP Sacramento got out before 9 PM. While I certainly appreciated having time to go out and get dinner and still make it to bed by midnight, I think the event as a whole might have been better off just playing a tenth round with Sealed decks on Saturday night. Each additional round does a huge amount to break up the clusters of players in the final standings, which means fewer players leave the event with a bad taste in their mouth because their record spanned everything from Top 16 to Top 64 and they landed in the bottom of it.

What do you think? How can we address the growing size of Grand Prix and remove some of the pain of tiebreakers in the final standings?