Dominaria
is so close I can taste it. Magic is finally going back home, and the love
we all have for where things started has your boy feeling super nostalgic.
When I was but a lad, I had no idea what I was doing when it came to Magic.
Like many of you, my fun was derived from whatever cards I had on hand. If
I was lucky enough to buy a pack or two, those cards- all of them-
immediately went into decks. It didn’t matter if they were good or not,
because they were all I had. I assure you no one wanted to do battle
against my Sibilant Spirit deck. 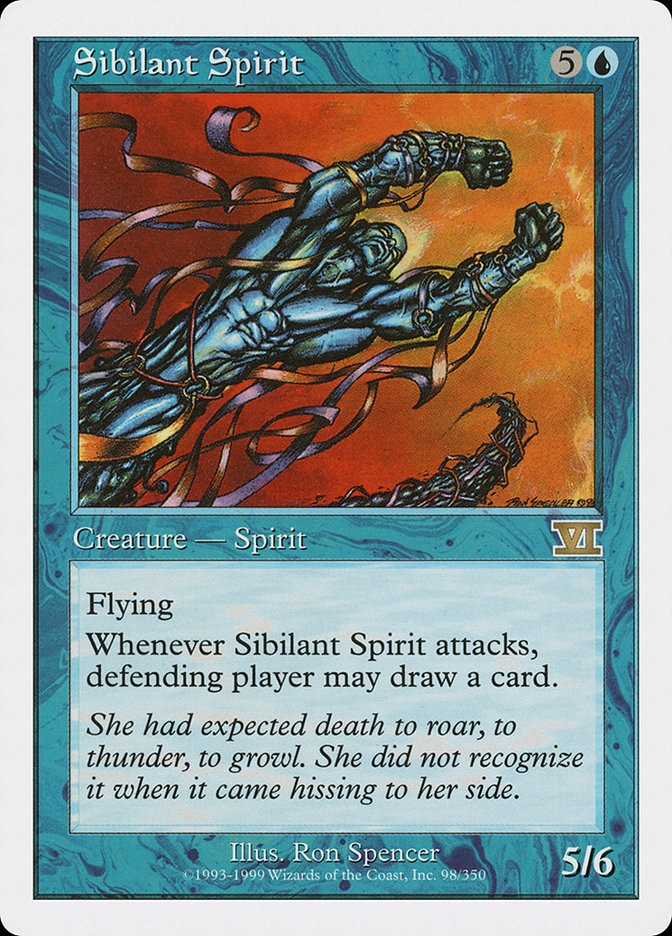 When you grow old, you lose sight of those feelings. Winning became more
important. Having the most teched out foiled decks was what I derived
pleasure from owning. I stopped enjoying Magic in the way that was most
pure, and eventually it became some twisted amalgamation of
competitiveness, drive, and proving myself.

The most fun I ever had was at my old comic shop. Our owner, Bob, would let
new players sift through gigantic boxes of commons and uncommons to build
decks. I remember reading Killer Whale from Exodus and thinking I
just hit the jackpot. I even built a powerful land destruction deck out of
Lay Waste, Devastate, and Stone Rain.

Did you know Devastate is pretty good against Rebels? Wild, right? 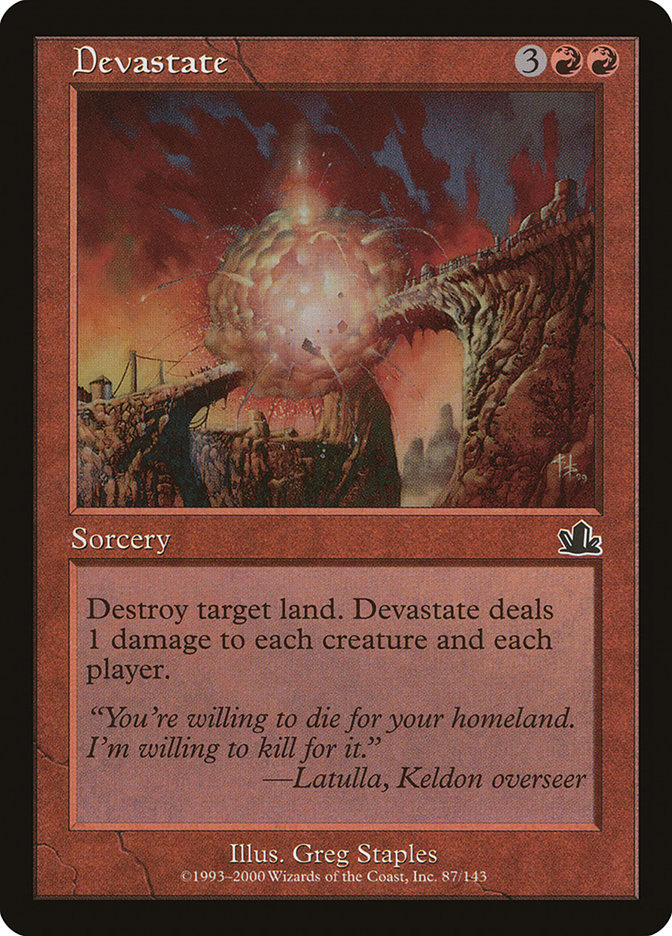 So, I want that feeling back, and thankfully, there are some incredible
cards coming out in Dominaria that you’re going to want to pick up
for the newest, hottest trend in Magic:

Guys and Gals, Pauper is the future of Magic and I don’t say that in jest.
When I first heard about it, I believed it was some ridiculous gimmick that
would be a bevy of bad decks, boring and powerless strategies, and a poor
excuse for a fun format.

For actual pennies on the dollar, Pauper is offering players essentially
Legacy Lite®. Do you like cards like Preordain and Ponder that are banned
in Modern? Come to Pauper. Miss your artifact lands?

Come to Pauper. Everyone else is.

Grand Prix Seattle boasted firing Pauper events, and London a couple of
months ago was beholden to an over 300-person Pauper side event. This isn’t
just a gimmick anymore, but is instead a massive groundswell of support and
passion for a format that is bursting with possibilities.

There are aggro, combo, control, midrange, and ramp decks. Nothing is
sacred, and everything is good and playable. The biggest issue with Pauper
at the moment feels like blue is simply too good, but that doesn’t stop over 25 decks from being represented in the 5-0 category
on Magic Online. Yes, there’s a ton of overlap with the best cards-
Counterspell and Preordain are the best cards in the format, but that’s the
kind of diversity people actively seek out in Modern, yet for between
$20-120 dollars, you can have multiple Tier 1-2 Pauper decks.

Dominaria
has already blown the doors off of a power creep in the common slot. Before
we go even deeper later in this article, which I assure you we’re going to,
let’s talk about some of the surefire players Pauper can expect to see. 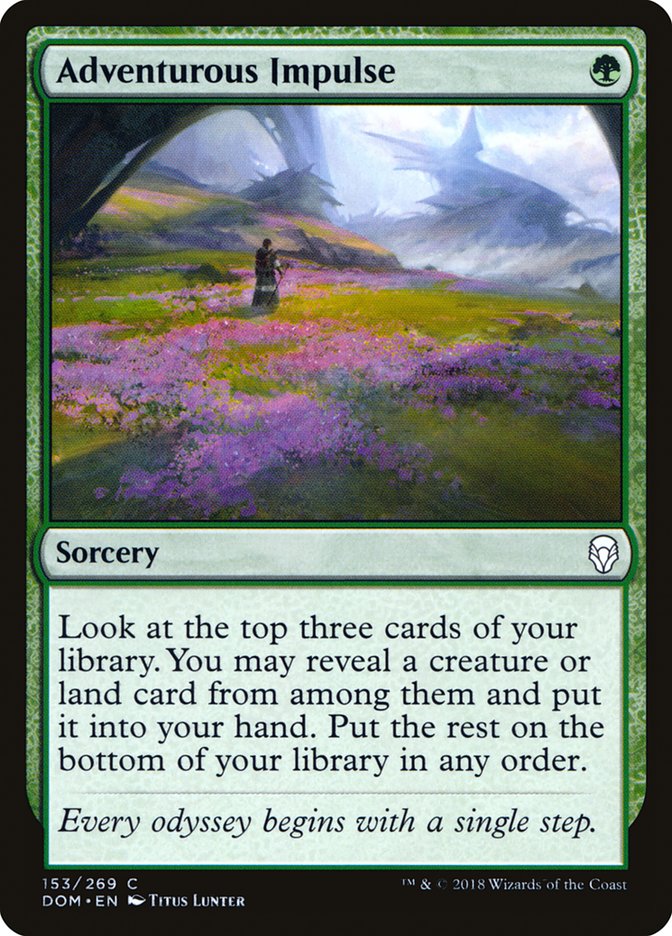 I expect Adventurous Impulse to have a fairly large impact in Pauper.
Ponder is already a very playable card, and I could easily see this
slotting in to a deck like Five-Color Urzatron if it were to lean a little
heavier on green. That single mana investment can get you exactly what
you’re looking for in either a Mulldrifter or Mnemonic Wall, but also pulls
double duty and can pull a Tron piece. Aside from that, Elves might want
this as an upgrade to Lead the Stampede, which at three mana is expensive
enough to warrant testing Adventurous Impulse in its place. 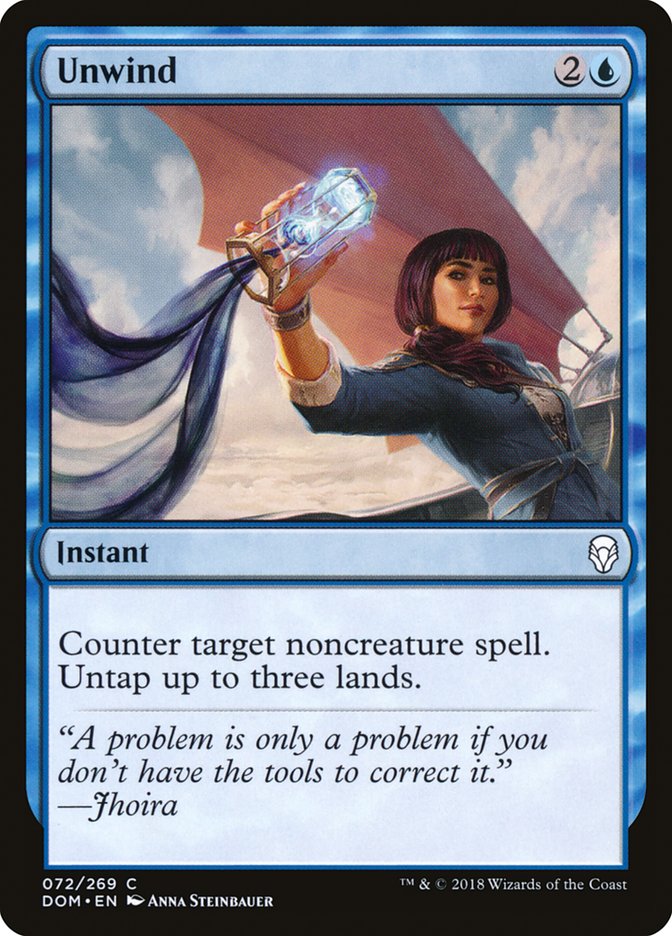 At four mana, Rewind sees zero play in Pauper. At three mana and with a far
less stringent double-blue commitment, Unwind might be just what the doctor
ordered for U/X decks not against slugging it out in counter wars. It may
be too expensive (I told you it was Legacy Lite®), but the untapping up to
three lands mode is what interests me most. 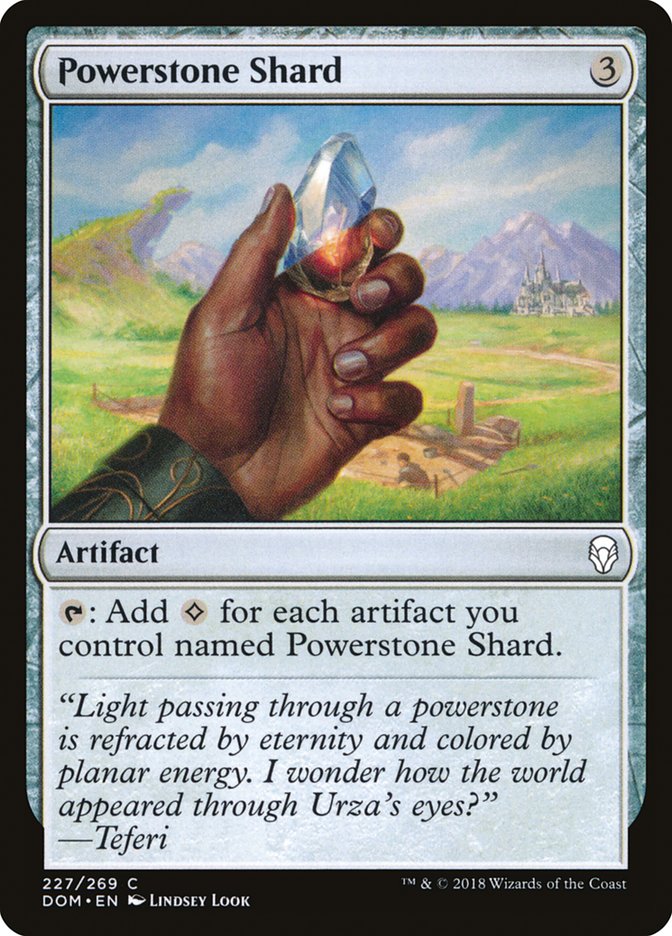 G/R Ramp decks exist in Pauper, and they are largely based off of
enchantments like Utopia Sprawl or Wild Growth, but not all of a sudden, we
have Powerstone Shard. The new artifact has the Standard world buzzing, but
I love this thing for Pauper because it could open up huge amounts of
design space for decks like Blue Tron to exist, where cheap cantrips,
counters, and artifacts that power out Ulamog’s Crushers. 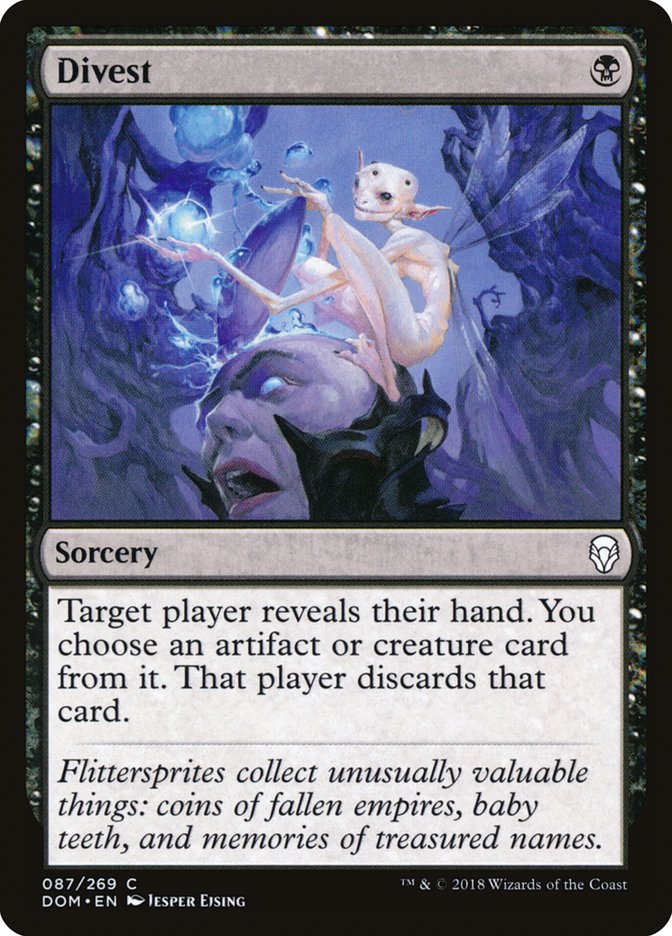 Divest is going to be one of the biggest additions to Pauper for the
Mono-Black decks that have been present in the format for what feels like
forever. Taking an artifact is great against things like Affinity, but
taking a creature instead is huge at common, considering it’s an effect
that usually is reserved for either Uncommons or at the very least three or
four mana. At just a single black it’s versatile and cheap enough that it
could immediately make in impact in a deck like Black Aggro or Zombies. We
are talking about a strict upgrade to Ostracize.

Bringing Back the Dead

It’s not just about regular Pauper as we know it, but Dominaria is
offering a new lease on life to a long-forgotten format.

I’ll try to reintroduce you to the XFL of Magic formats. In other words…it
lived its life like a candle in the wind.

Pauper Commander is a 100-card format where your deck needs to contain 99
individual copies of various commons, and your general is an uncommon
creature. Life totals start at 30, and the threshold for Commander damage
is usually around 15-18 depending on what your play group is comfortable
with.

Where, in my opinion, Dominaria is helping to revive this format
is its emphasis on legends at the uncommon spot. Prior to this, there were
almost no options of the legendary variety. Where Pauper Commander excelled
when it first broke on to the scene as a budget-friendly option where tons
of “unplayable” cards could see the light of day, what makes Commander fun
is having a flashy and interesting theme to the deck, or a general to build
around. Even the most competitive decks in traditional EDH utilize their
general. Pauper Commander lost its audience when it started jamming random
uncommon creatures with little synergy into their deck as the general. More
often than not, it was the Planeshift battlemages that performed
the best in that role, along with creatures like Peregrine Drake in blue
combo decks. While novel at first, eventually this grew stale and boring.

When was the last time you can remember reading about Pauper Commander?

Years, if you can remember.

However, Dominaria, is bringing a lot of playable legends to the
table as uncommons! Now you can slot in powerful single or multi-colored
creatures in your decks that play to a theme! Check out my first shot at
this:

When Shanna was spoiled, her rarity had not yet been disclosed, so I
assumed that she’d be a rare and I moved on. In Commander there are better
options than her if you want to be G/W Tokens-centered. That’s not to say
she isn’t worthy of being your General, and as a casual option she’s quite
interesting, but in the end you might not get as much bang for your buck as
you could with other choices.

In Pauper Commander, she’s extremely powerful. With all the spells,
creatures, and enchantments in green and white that produce tokens, you
should be able to regularly play Shanna as the largest creature on the
battlefield. This deck has a few ways to give her trample as well, so not
only will she be imposing, but it’s entirely possible she’ll be able to
kill your opponent in a single swing. This list is by no means perfect, and
I’m sure there are a lot of things I could do to make it better, but as a
starting point it feels great.

Pauper Commander is getting a lot of potential General upgrades in the next
few weeks, so at this point I’m willing to invest. It was fun years ago, so
with more focused decks that center around your commander, Dominaria could be exactly what it needed to return to the
limelight.

Or it sucks and I’m out fifty bucks.


I’m still learning a great deal about Pauper, but it’s clear that it’s here
to stay. Card prices of some of your favorite common printings are on an
upward trend, so if this is something you want to get into, I highly
suggest loading up on a few decks now, and not when they cost the same as a
Standard deck. There’s still so much to uncover, and Pauper is only going
to get better once more minds are working on decks, but for now there are
so many options it’s easy to get overwhelmed. I’m a Pauper novice, but soon
I’ll be a Pauper master.