It is whispered that King Varna, leader of the Nekrium, has been alive since before the time of the SolForge itself, ruling the Nekrium from the shadowy recesses of his Duskpire—though perhaps “alive” is not the proper term. Little is known about the time before the great forge was built. There are those who say the world was once bathed in warmth and light and that life teemed on the surface of Solis rather than only in the Uterran caves deep underground.

Even those with close ties to Varna are left to wonder about the truth, and there are few closer to the Nekrium lord than Cercee, known as the King’s hand. The title is more than a mere honorific. King Varna has been long free of the shackles of his physical form, though bits of his essence remain in the withered husk. To empower his closest lieutenants—and to watch over them—he has given them relics bound to him, but to Cercee, he granted far more. The title “Hand of Varna” refers as much to the king’s hand grafted to her own forearm as it does her duties. 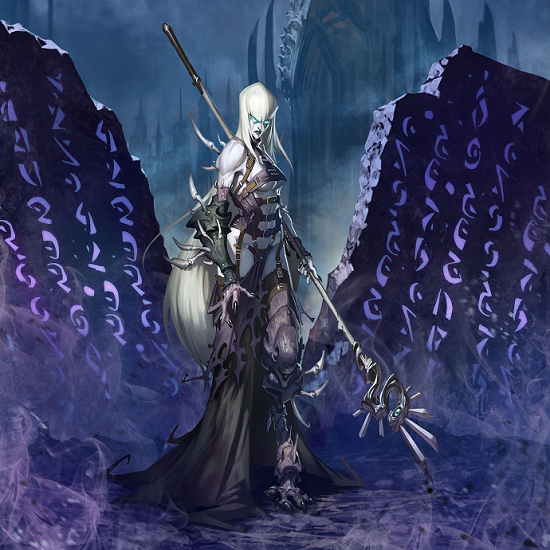 Varna chose Cercee to be part of his inner circle long ago when she still drew breath. She was young then and beautiful, with a lust for not just power but knowledge. Many came to the Nekrium seeking eternal life and power over death, but few sought the truth. Cercee was among them.

The King could sense too that she was different in other ways. She was one of those touched by the forge—changed by it. He could feel its power emanating from her. She was even more valuable to his cause than he had first realized.

When Varna commanded her to leave the Nekrium lands and travel to the SolForge, Cercee initially resisted. She had come to learn the secrets and study the magics of death, not to bow at the feet of Forgeborn fools. 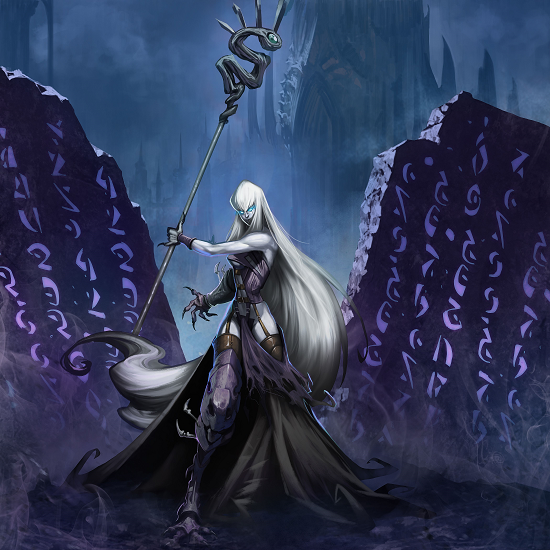 Her denial was short lived. Varna raised his hand to her face, and when his ghostly fingers brushed against her still living flesh, a vision washed over her like a wave. She saw fields of grass under a sky ablaze with light. She saw animals and trees and people all alive on the surface of the world, with no ice or snow to be seen.

And then she saw the earth open up beneath them and a great slithering shadow creep out from its depths, entangling every living thing it touched in its inky blackness. And suddenly everything was dying. No, not dying—everything was being drained. Consumed. From the grass to the beasts to the children at play, all were a feast for some hidden terror underground. 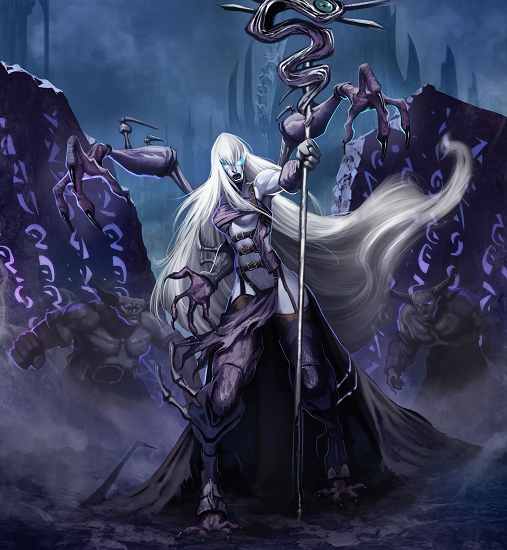 The scene flashed again before her, and suddenly the world was as she knew it: frozen and dark and desolate. But the crack was still there. She could feel it. Hidden beneath the ice and snow, wispy tendrils of shadow were reaching out ever so slowly to consume everything they touched. 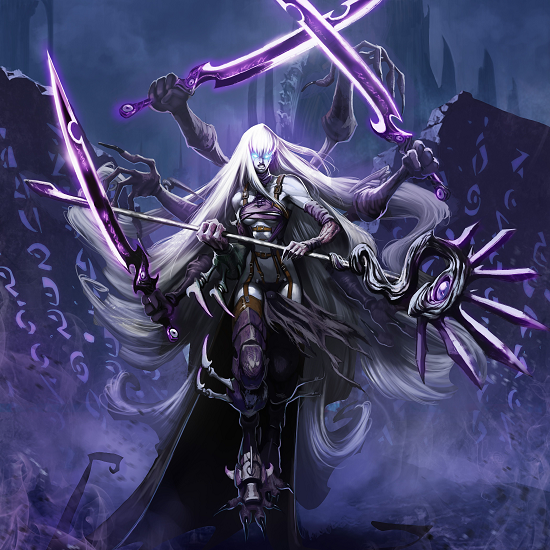 Hello Magic fans! As many of you may already know, I am part of the team that creates SolForge, a digital collectible game available now on PC, iPad, and iPhone. I have had the honor of working alongside the original creator of Magic: The Gathering, Richard Garfield, on the design of the game. If 15-year-old me had known that 33-year-old me was going to be getting phone calls from Richard Garfield to talk about games, he would have flipped out.

If you’re a regular viewer of SCGLive, you likely know already that my company has partnered with StarCityGames.com to bring SolForge to you. Everyone who competes in an Open Series event will receive a coupon good for a free SolForge draft, as will anyone who makes a qualifying order from the StarCityGames.com online store.

But even more exciting than all of this is that we’re very quickly coming upon the release of the second SolForge set, “Rise of the Forgeborn.” This new set includes 100 new cards, one of the most exciting of which I’m going to share with you today. The Forgeborn are individuals in the world of Solis who have a special bond to the SolForge itself, which is the source of magic and heat and light in an otherwise frozen and desolate world. You as a player take on the role of a Forgeborn when you play, and the Forgeborn are the most powerful allies you can call upon in battle.

The preview I have for you today is Cercee, a Forgeborn from the Nekrium faction. Nekrium is the faction of death magic, and Cercee embodies it. A necromancer in life, in death she channels not only her own dark magic but also draws upon the power of King Varna, leader of the Nekrium. She has Varna’s own right hand on her arm in place of her own, which makes her touch deadly beyond compare.

Most cards in SolForge have three levels and grow in strength as you play them throughout the game. The Forgeborn, unmatched as they are in power in the world, are the only cards in the game with a fourth level. As Cercee increases in level, so does her ability to bring death to all who cross her path, and at the highest level her touch can fell even a fellow Forgeborn—that is to say your opponent.

Not only can Cercee kill anything she touches, but she has Mobility, which means she can go searching for new victims. Combat in SolForge takes place on five lanes on the board, and creatures fight things across from them in the same lane. Cercee can come down and kill something in her own lane, and if she survives, she can go hunting for new prey. At level four, Mobility means that your opponent can’t simply put a creature in front of her as an offering and hope to live—she can easily move into an open lane and bring her lethal touch to bear on them.

Want to get your hands on Cercee and her fellow Forgeborn? The new set is slated to go live very soon, and you can take advantage of a special preorder offer right now here on StarCityGames.com. You can get twelve packs of the new expansion for the price of ten along with a special alternate art promo version of another Nekrium card: Crypt Conjurer. Check it out here.