Gavin Verhey went into the history and evolution of morph in today’s episode of Good Morning Magic.

The mechanic, inspired by Illusionary Mask from Alpha, debuted in Onslaught back in 2002 and carried through the block. Since its origin, morph returned in Time Spiral block and Khans of Tarkir block with various results. 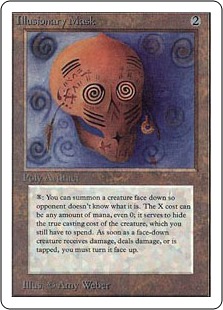 On the surface, morph is a fun bluffing mechanic that appeals to competitive players and as a shortcut to bigger creatures in a faster way for casual players. It’s also worked as a good smoothing mechanic as it enables an almost guaranteed play on Turn 3 in Limited and can often be a use for mana on a future turn. When each player has a morph and has to deduce what the other morph could be, it leads to interesting combat where attacking and blocking creates tension.

One issue that morph initially had in Onslaught block was the conundrum of Battering Craghorn and Skirk Commando. With both creatures in the Limited format, blocking a morph with a morph on the fourth turn, only for it to flip and have first strike feels bad, but not blocking and the morph flipping and being a Skirk Commando that also kills your morph feels worse. 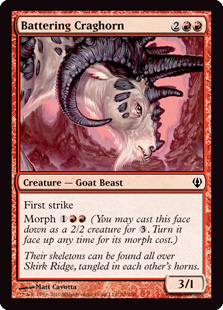 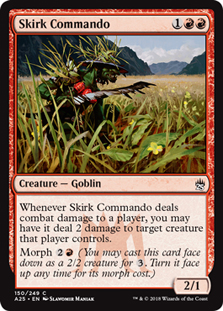 This problem was fixed in Khans of Tarkir where they instituted a design rule where any morph that could flip and kill another morph would have to cost five to flip, so to avoid this scenario in every game of Limited. 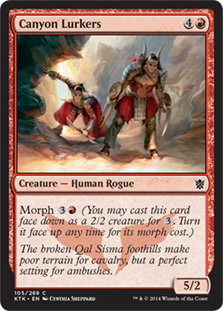 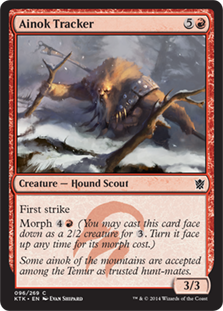 Other issues to come up with morph was that if often couldn’t cut it in Constructed. It’s tough to make a 2/2 for three mana playable in Standard or beyond, so that required the un-morph effect to be very strong to make it in a 60-card format. Another concern is that morphs require many of them in a set to be fun and lead to actual bluffing, otherwise it becomes clear what the morph is.

Verhey wrapped the video by saying he believes it will eventually come back again, but it will require a specific set to return.