If you’re checking in on Pioneer after a while away, you might be puzzled by what you find. When I played a local team tournament last weekend, seeing matches of Pioneer in person for the first time in years felt somewhat jarring, but I was also keen to see how quickly the rapid developments on Magic Online (MTGO) would work their way into paper.

Steam Vents and Spirebluff Canal aren’t going anywhere. If you’re an Izzet sympathizer, you have even more options for your Expressive Iterations now!

Izzet Prowess (Jegantha) is the new talk of the town in Pioneer and a great illustration of how swiftly the format is moving. The deck completely took over Pioneer on MTGO for a hot minute, and the backlash is already in full force. At a glance the most natural comparison is another format staple in Mono-Red Aggro, but the decks have distinct play patterns and draw from different card pools; Eidolon of the Great Revel is still one of the scariest cards in Mono-Red Aggro and the format at large, but Izzet Prowess can’t support it properly. 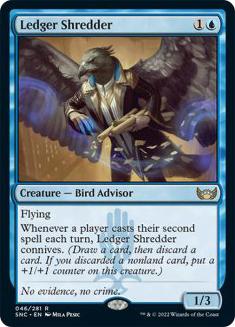 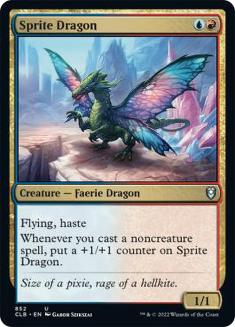 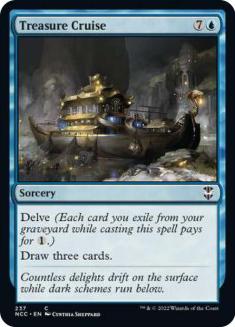 Ledger Shredder became a multi-format all-star instantly and was the additional threat this deck needed to reassert itself, but the other blue cards are showstoppers too. Aggressive decks like this usually face a trade-off between speed and staying power. Izzet Prowess can put the opponent to the test early and still beat them in a longer game thanks to Expressive Iteration and Treasure Cruise. 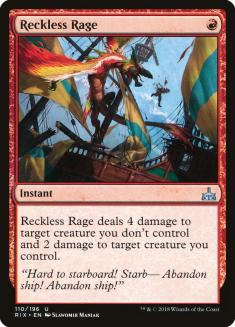 The unsung hero of this deck is Reckless Rage. Four toughness is a crucial threshold against the format’s flagship creatures, including Winota, Joiner of Forces; Thing in the Ice; Old-Growth Troll; and Esika’s Chariot, as well as other hits like Kalitas, Traitor of Ghet. In a Ledger Shredder world, Reckless Rage is the ideal follow-up to deal with a large threat while triggering connive, and also the best answer to an opposing Shredder that already gained a +1/+1 counter.

Izzet Phoenix can credit a lot of its success to being a good Lightning Axe deck that could overcome its drawback (or use Arclight Phoenix to turn it into an upside). Boros Heroic leaned heavily on Reckless Rage as a strong removal spell that also triggered heroic. Reckless Rage doesn’t have those same synergies here, but is a big reason that Izzet Prowess is so successful.

Ledger Shredder also seems like a perfect pick-up for Izzet Phoenix, but so far its inclusion isn’t as automatic as you might think. Thing in the Ice fell out of favour for some Phoenix pilots but looks increasingly important in this creature-centric format, and there aren’t many additional slots for secondary or tertiary threats, especially if you want to pursue the Pieces of the Puzzle + Galvanic Iteration + Temporal Trespass package.

That said, a classic Phoenix list without these cards has more room and time for Shredder, and will likely become the go-to build if the format opens up again (or if Pioneer follows Explorer’s lead and bans Winota, Joiner of Forces).

What if neither of these is the best Izzet deck in Pioneer right now?

The finals of a recent Pioneer Challenge on MTGO was an Izzet Control mirror, an outcome that would have been unsurprising a few weeks ago and shocking a few weeks after that. This deck takes the shared elements of all of these decks – cantrips, cheap removal, and absurd card advantage of Expressive Iteration and the delve spells – and adds an intriguing mix of cheap threats like Thing in the Ice; a one-two punch of Narset, Parter of Veils and Collective Defiance; and a formidable late-game threat in Niv-Mizzet, Parun. This snapshot of Pioneer doesn’t seem like a slow enough format for Narset or Niv-Mizzet to shine in, but this deck’s success is hard to ignore at this point.

If you want to play fair, honest Magic in other ways, you’re in luck:

Good old Rakdos Midrange has been more successful than any other deck in Pioneer recently. 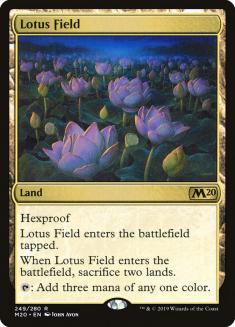 In part, this is because of what isn’t succeeding. Wonky linears like Lotus Field that shrug off normal interaction and fringe strategies that can go bigger than Rakdos Midrange face a tough squeeze at the moment between other fast linears like Mono-Green Devotion, aggressive starts from Izzet Prowess, and Naya Winota slicing up anyone who can’t interact reliably. The decks exerting this pressure on the format are all susceptible to the Rakdos recipe of a high density of interaction backed up by solid threats like Bonecrusher Giant or the innocuous Bloodtithe Harvester that can double as interaction themselves in the right circumstances. 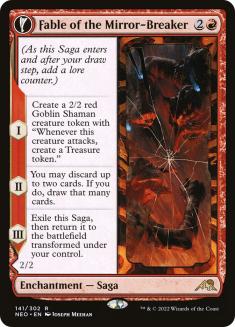 The newest Rakdos toy is a double-edged sword here. Fable of the Mirror-Breaker is the ideal threat for a midrange deck full of conditional interaction, trading in an expired Thoughtseize or a dead Fatal Push while adding two relevant game pieces to the battlefield. There’s no equivalent of Alchemy’s Citystalker Connoisseur as a full lock to aim for with Reflection of Kiki-Jiki, but copying Bloodtithe Harvester every turn can effectively lock out any creature deck from participating in the game.

Fable is also one of the best cards against Rakdos Midrange. Trading one-for-one is a losing proposition against the first and third chapters of Fable, while the rummaging effect of the second chapter lets the opponent repair their hand post-Thoughtseize (or look at two more new cards with access to their mana before you have a window to Thoughtseize them).

The threat of Winota looms over these discussions, so we should give it our attention:

Naya Winota hasn’t changed much and doesn’t need to; this maindeck is good to go for any Pioneer tournament with minor adjustments. You need the right removal to interact with Winota itself or an early Llanowar Elves or Elvish Mystic, but cards that do that efficiently line up poorly against the dream team of Fable of the Mirror-Breaker and Esika’s Chariot, as well as Voice of Resurgence or an eventual Tovolar’s Huntmaster. Winota has the most raw power of any deck in Pioneer and is shockingly resilient on top of that.

This list shows off a possible direction for the deck. You want the effect offered by Brutal Cathar, but Cathar itself is fragile and often underwhelming. The scourge of Standard in the past, Reflector Mage, promises to fill that void… if you can make the mana work.

It’s theoretically possible that the gap between Explorer and Pioneer contains the right tools to keep Winota in check – even though those sets missing from Explorer also feature some Pioneer Winota staples – but I fear that argument won’t hold water. The Winota ban on Explorer was a necessary quality-of-life measure that stopped the young format being defined by complaints about it; if the same thing is only a matter of time in Pioneer, it’s best to get it over with now, before players are scared away from paper Pioneer after their first taste of the Winota experience.

If you want a wildcard with some potential, here’s a personal favourite. 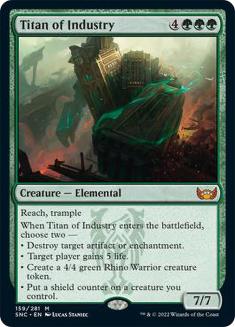 Transmogrify and Lukka, Coppercoat Outcast have done good work in Pioneer already despite a remarkable lack of appealing payoffs. Agent of Treachery was the default for Four-Color Fires (Yorion), but only because Yorion ensured the first Agent could lead to the second. Some targets were aces in some matchups and zeroes elsewhere; Void Winnower comes to mind.

Titan of Industry may be the first hit with enough broad utility as a maindeck card: eleven power spread between multiple bodies with some protection as a baseline, even if there are no artifacts and enchantments to detonate. 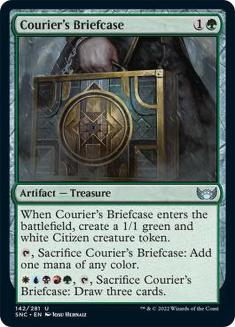 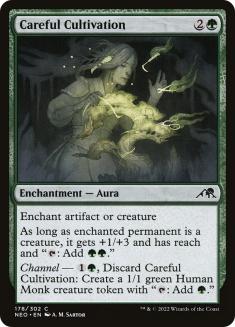 This deck couldn’t have existed in this form five months ago. Courier’s Briefcase and Careful Cultivation each let you chase the dream of Turn 3 Transmogrify in their own ways. As with Naya Winota, an opponent holding up removal to foil this sequence can find themselves punished by a faster Esika’s Chariot or Chandra, Torch of Defiance instead.

Against this backdrop, various control decks and creature decks are still putting up results, with the occasional combo deck keeping them honest. The big-picture diversity of Pioneer hasn’t changed, even if some of the players have. Find a deck that fits your style and master it. Or just spin the wheel with Winota!