Yesterday we kicked things off with Standard, today we’ll knock out Historic, and tomorrow will be Modern. The same scoring system we had in place for Innistrad: Crimson Vow First Impressions week will be in place here so that we can get an idea of what card ranked in what place in the aggregate to close out each article. The scoring system is as follows:

Even though there’s little overlap with my initial list, I don’t think I did too badly here. Very few of these are reliable players in the Historic metagame, and I took some good bets with my initial picks that still have a long time to pay off. It’s also weird to rerank the cards with Alchemy throwing a wrench into the set release cycle, but here we go.

Voice of the Blessed in Heliod, Sun-Crowned decks was a slam dunk, and I was trying to respect the readers by not saying “lands are good” when ignoring Stormcarved Coast as a potential Izzet land in a Izzet-heavy format. I was definitely a little late to the Hullbreaker Horror party, even if it is only showing up as a secondary win condition for control or Indomitable Creativity decks behind Teferi, Hero of Dominaria or Serra Emissary, and I definitely missed how Flame-Blessed Bolt’s minor upgrade to Magma Spray assured it would see play in an Arclight Phoenix and Lurrus of the Dream-Den format.

Stormchaser Drake might be the most interesting card I didn’t flag the first time around. Azorius Auras (Lurrus) is a fringe deck these days, but adding another few card draw engine creatures really drops the mulligan percentages in the deck. Arya Karamachandani, aka VML champion hogpog_98, has been piloting the deck recently, and it feels like it’s just waiting for the right metagame cycle to break through.

Voice of the Blessed was an easy #1 last time and it earned that spot, propelling the Selesnya Heliod decks to success at the Innistrad Set Championship. The deck isn’t that impressive as a combo deck, but Voice of the Blessed enabling strong, aggressive starts adds a crucial flexibility.

Despite several rounds of bans trying to cut the blue decks down to size, there are still multiple top-tier Izzet decks in Alchemy and Stormcarved Coast is a good addition to a deep bench for those manabases.

Flame-Blessed Bolt is mostly just a Magma Spray in this format but that’s enough when Cauldron Familiar and Arclight Phoenix are common targets.

Hamlet Vanguard is really, really big. Selesnya Humans generally focuses on the effects attached to its creatures with the sizing as an afterthought, but if the deck is popular, then the mirror is important, and Hamlet Vanguard is reliably the biggest thing on the battlefield there as well as enabling fast kills against everyone else.

Hullbreaker Horror hasn’t made a mark in Historic yet but remains an appealing Indomitable Creativity target or inevitable finisher in slower blue mirrors.

After seeing the impact Innistrad: Crimson Vow has had on Historic, my Top 5 list needed some touch-ups. I knew that the lands would have the biggest impact of formats without fetchlands, so those titles were simply shifted around some. Deathcap Glade has had the biggest impact, where initially I had it below both blue options. It may be my blue bias, but I was confident that those archetypes needed the most mana assistance.

In the Hooglandia Open, Selesnya Company took the crown. This event was not long ago, and it was won by a deck that had four copies of an Innistrad: Crimson Vow card that was not a land. Voice of the Blessed was nowhere near my Top 5 coming in and that was a huge oversight. In a format where Heliod, Sun-Crowned is popular, I should have paid more attention to creatures that gain life. Voice of the Blessed not only has that trait, it can also gain indestructible. That is a huge leap from previous options in that slot, as it can quickly get huge and difficult to kill. Collected Company decks, with or without infinite combos, derive their strength from self-sufficient creatures they employ. If the creatures can beat down effectively on their own, this archetype leaps ahead in the pecking order of competitive play.

Stormcarved Coast and Dreamroot Cascade still make my new Top 5 list, since Historic has such powerful elements preventing new cards from breaking through. The true weakness is the manabase of the format, which is why new lands continue to see play here. Stormcarved Coast gets a lot more love, due to the strong Izzet combo and control decks, while Dreamroot Cascade lingers in case Simic returns to its former glory soon.

The last strong addition to Historic is Hullbreaker Horror. It still does not see extensive play, but it will remain a role-player if blue remains strong. It is a devastating permanent against control decks, while also being strong against other archetypes when mana is left open. Having protection, the turn it enters the battlefield is a game-changer, resulting in easy wins in each format it is used it. In Historic and Standard, it will continue to be utilized in control decks that have Instant-speed interaction. 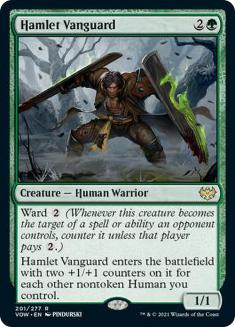 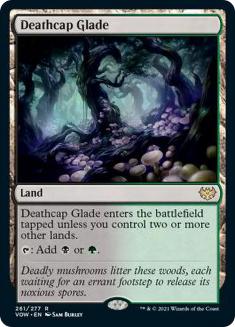 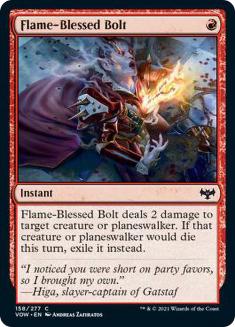 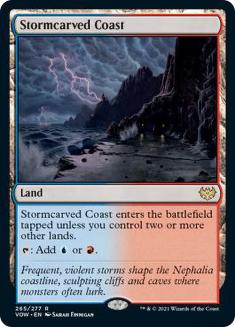 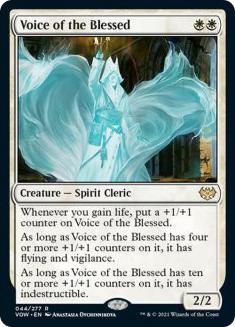