Dopamine released in the brain when it fails to find a match in long-term memory for information received in the hippocampus (site of long-term memory consolidation), which stimulates the amygdala (site of emotion) and creates a pleasurable feeling that is associated with the new memory?

I guess we’re starting to get somewhere. Novelty is a big part of “fun.” However, not everything novel is fun. And why are so many games, activities, and subjects more fun when you get familiar with them?

You get better at them?

So, is Tic-Tac-Toe more fun now than before you knew how to never lose?

Well, I guess it loses its charm pretty quickly. But it’s not like Tic-Tac-Toe is that fun a game.

Young children can enjoy Tic-Tac-Toe a great deal, though, right? In fact, achieving full mastery of Tic-Tac-Toe can be a lot of fun for a little while. After all, Tic-Tac-Toe has very little luck. If you are a master, you’ll never lose!

But…there’s not much skill in Tic-Tac-Toe, either, right?

For sure. By most reasonable metrics, Tic-Tac-Toe is a low-skill game.

I thought luck was the opposite of skill?

There’s no luck in Chess!

Really? I mean, maybe if you have a total mastery of the game, but there are a lot more possible Chess games than atoms in the Universe. Does the following game have any luck in it?

Richard Garfield (who first told me about this game) has locked you in a room. There are two doors out, each with an extremely long and complicated math problem on it, using extremely inaccessible symbols and language for anyone not an expert. One of the answers is odd, the other even. Go through the odd door and you win. If you pick the even door, you lose.

Does this “game” have skill? 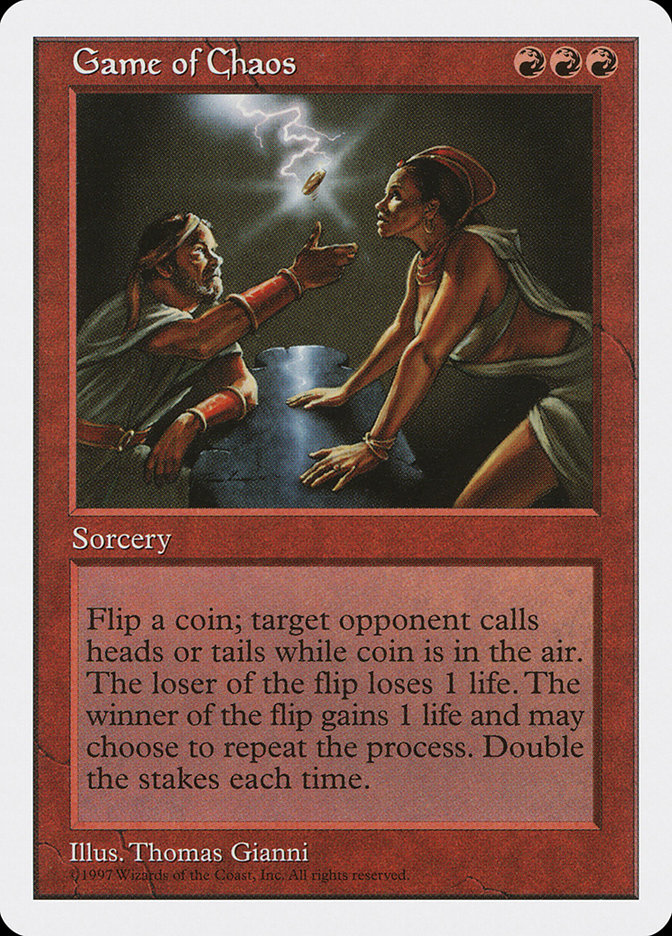 It would seem the answer is obviously yes. If you know the math, it’s all skill.

However, if you don’t know the math, don’t speak the language, the game might be all luck, right? After all, assuming you can’t get partial information from solving some fragment, you’re just guessing which door.

That’s not much of a game.

No, but then again, it’s not exactly in the sweet spot, the place in the middle when a “game” has both luck and skill. One way to think of it is that there is a floor of 50% chance of winning. That 50% is pure luck. The other 50% is up for grabs. If you know the math, you will win 100% of the time (all skill, but no fun, you’re just doing math homework). However, if you don’t know the math, you’ll win 50% of the time (all luck, no fun, you’re just flipping a coin). 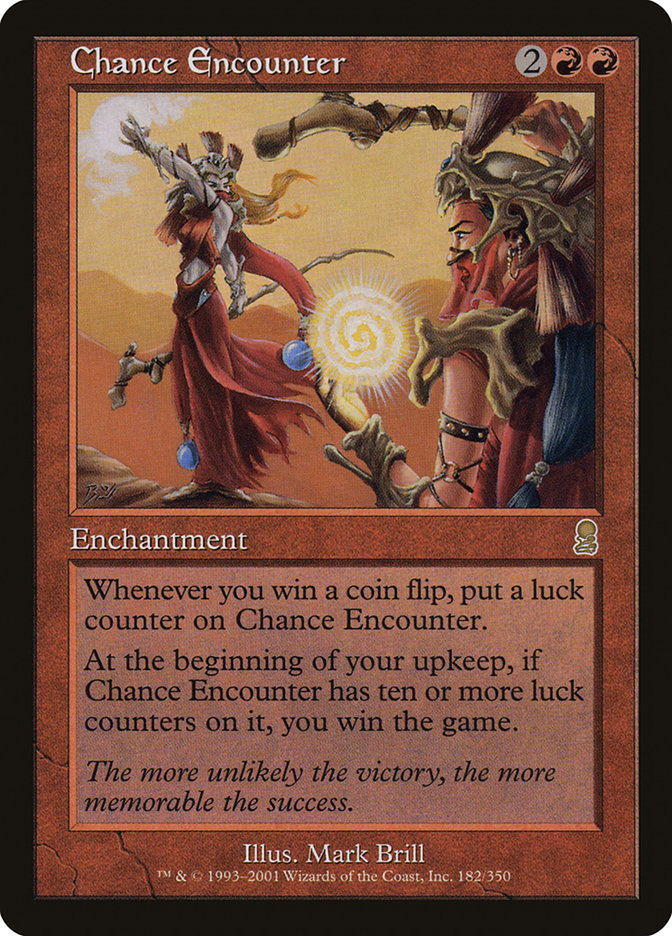 Now imagine you know some of the math, some of the language. You might not know enough to solve the whole problem, but maybe there’s a way you can give yourself better than 50/50 chances? Now we’re starting to talk about a game!

When the chart above talks about low luck in Starcraft or Chess, it’s not that there is very little luck. Much the opposite. There are tons of metaphorical rolls of dice. When you go down a path in Chess, before the game is forcing, you are rolling weighted dice.

Something that seems like it might be better strategically might have worse tactical implications because of the unique game state you find yourself in. It’s pretty “unlucky” to be in one of those positions, if you and your opponent both didn’t know you were taking things here. That said, if you develop a new strategy that knows what to do in this spot, despite conventional wisdom, you can gain an advantage. That unknown space begins as luck and gives you the room for an increase skill to bring with it an advantage. 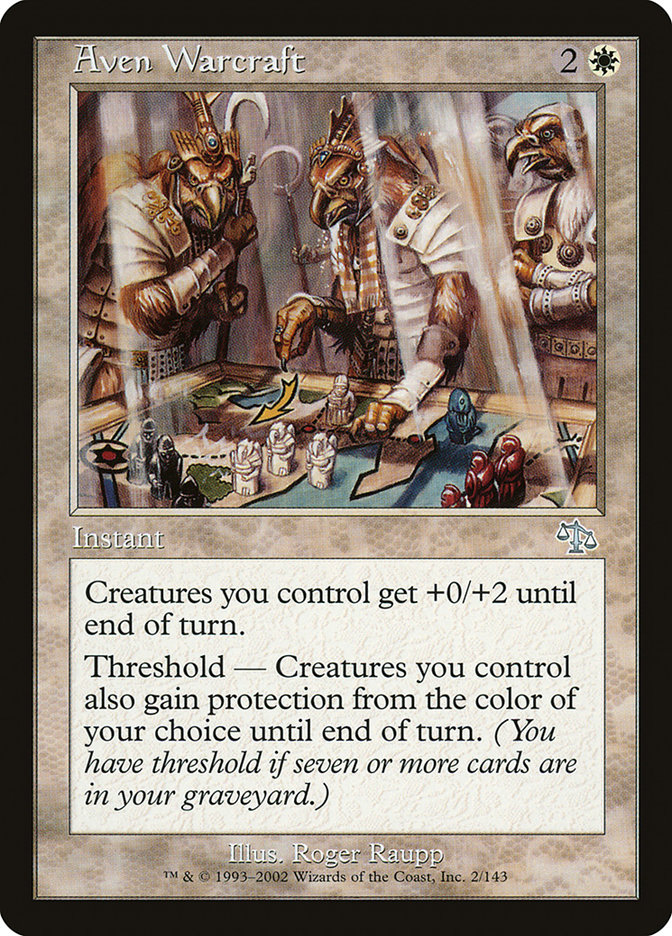 When a novice is playing League of Legends (another high skill, low luck game) and they step into a bush that just so happened to contain the other team and get killed, it is unlucky. They are hiding in the bush, waiting to kill a player, a very small percentage of the time. However, with an increased mastery of the game, you realize things like whether the other team is visible on the map, or that it seems logical to fight over Baron Nashor at this point in the game.

There are some people that don’t consider Candy Land a game, since it (ostensibly) has no skill. You just spin the spinner and move accordingly. You have no decisions to make. If you play with a small child, you and the child each have a 50% chance of winning (actually, whoever goes first is 51.565% to win by the printed rules, and 51.055% to win if you play the popular variant by which you must land on the final square exactly).

If you play Tic-Tac-Toe with this same small child, you may win sometimes, and never lose.

Except, once the child figures out how Tic-Tac-Toe works, they have equalized. You can never really get an edge anymore. It has become functionally the same as Candy Land. The key is perception.

The Candy Land player may feel like their decisions matter, since, after all, they are making decisions and figuring things out. However, when you realize nothing you do matters, it’s not really a game the same way. It’s certainly not a fun one.

Likewise, Tic-Tac-Toe is a game up until both players max out their mastery, and then it becomes incredibly boring. 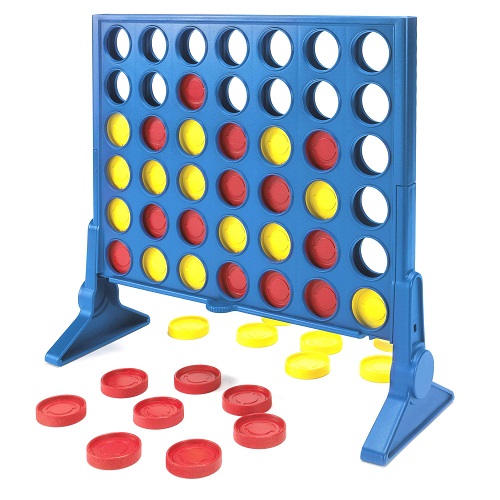 Is Connect Four a skill game?

Well, it depends. You see, like Tic-Tac-Toe, Connect Four is a solved game. It requires a more complex algorithm than Tic-Tac-Toe, but if you are sufficiently skilled, you will always win going first. The reward for being skilled would appear to be quite high. However, games between two players that know perfect strategy completely depend on who goes first. That makes the game pure luck, right? So, which is it? And is it even a game if it’s solved?

Okay, well, then I guess it’s not really a game, then?

For anyone? Are you saying the existence of a perfect strategy makes it less of a game for everyone playing that doesn’t know perfect strategy? Checkers is a solved game, too. Once you know the answer, is it even a game? To make the moves that lead to winning is akin to just following instructions. Is that skill-testing? Does the existence of a solution make it not a game? 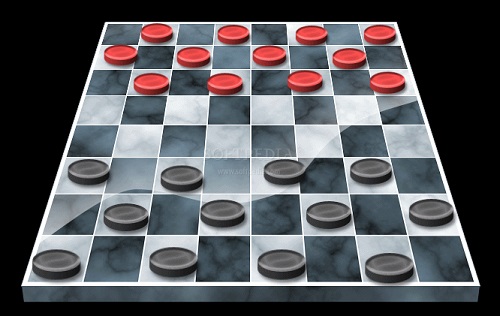 A lot of people have a lot of fun playing Checkers and getting better at the game is fun, but when you are aware of being at peak mastery, the game gets boring. Just like Connect Four. Just like Tic-Tac-Toe. Just like Candy Land. 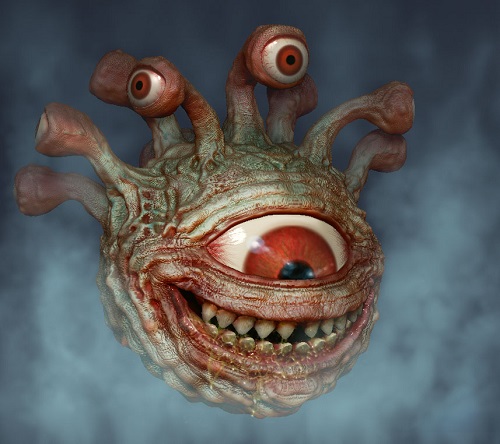 Fun Is in the Eye of the Beholder

Here’s the model I find useful for understanding fun:

“Fun is the experience of improving one’s position through discovery and/or an increase in mastery.”

Increasing one’s mastery leading to an improvement in one’s position.

This necessarily involves a few components:

Note, improving your position doesn’t mean achieving the absolute highest level. You don’t have to be Player of the Year, MVP, President, CEO, or the richest person in the world to have improved your position. In fact, once you achieve the highest level you possibly can achieve in a given game, you’d better have a new game lined up.

To increase your mastery, you have to have room to grow, room to improve. 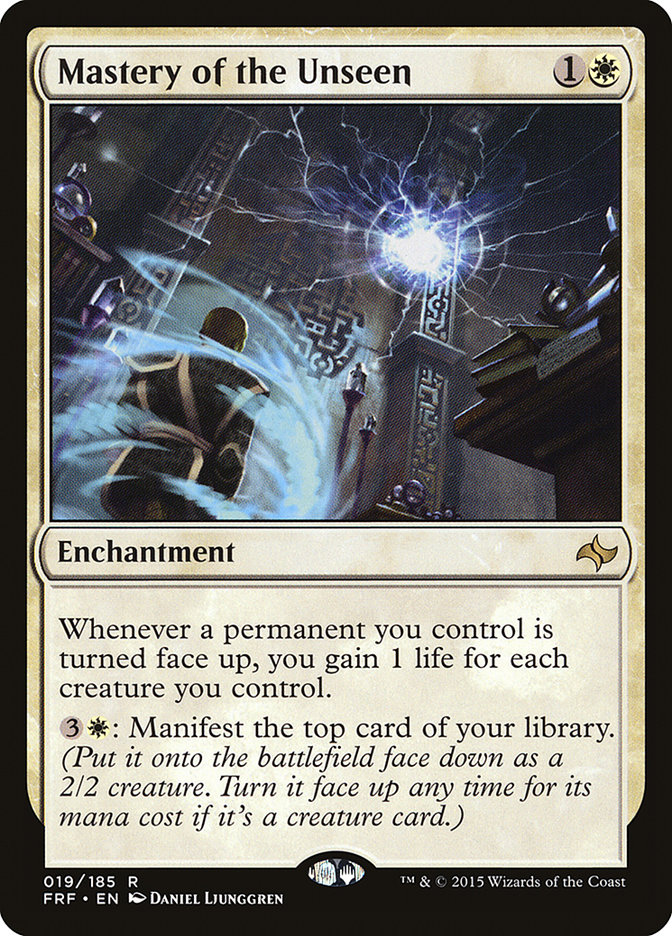 What keeps Magic so fun? There’s always room to get better, and there’s always more to discover. When you’re playing the game of leveling up at Magic, make sure you keep an eye on the fun. It can be tempting sometimes to focus on the failures or getting unlucky, but getting better is fun. If you aren’t having fun, maybe you’re not being honest with yourself, not changing the things you’re doing that aren’t working. If you believe you are doing everything that you can and you’re still getting unlucky or not having fun, maybe the part of the equation missing is the discovery part. If your missing car keys aren’t any of the places “they could possibly be,” maybe it’s time to start looking the places they couldn’t be!

Whatever you’re trying to accomplish in Magic, make sure you’re having fun.

Keep your eyes open for new things to learn and ways you can grow.

Keep your eyes open for new things to discover and ways to get lucky.

Results from the “Should WotC Change Anything in Modern” Poll!