The October bans have come, and that means we have entered a new era of Pauper. For the first time since the format was sanctioned there is no more Cloudpost and no more Storm (for the time being anyway – I imagine someone will try to win a game on the back of Astral Steel). Cloudpost and Temporal Fissure leaving the format will have huge ramifications that cannot be fully explored in one week. This is compounded by the fact that Theros is just being introduced into the system, which means that people are still acquiring cards for their new brews.

But that doesn’t mean that people aren’t already working in their labs on their lists. Let’s see what the Paupers are working on.

Well, this is quite a way to start. Butakov aka Dmitriy Butakov aka Magic Online 2013 World Champion ran this list to a 3-1 record on October 3rd. One part sickest Modern Master’s GW draft deck, one part infinite combo, Bukatov’s Saprolings is quite the deck. Bukatov takes key pieces of the fringe playable Saprolings deck and cut out enough spots for one of the formats infinite combos: Presence of Gond and Midnight Guard. Combined with Pallid Mycoderm and Sprout Swarm, this combo turns itself into infinite damage. Combined with Soul’s Attendant and Soul Warden, that there is infinite life. 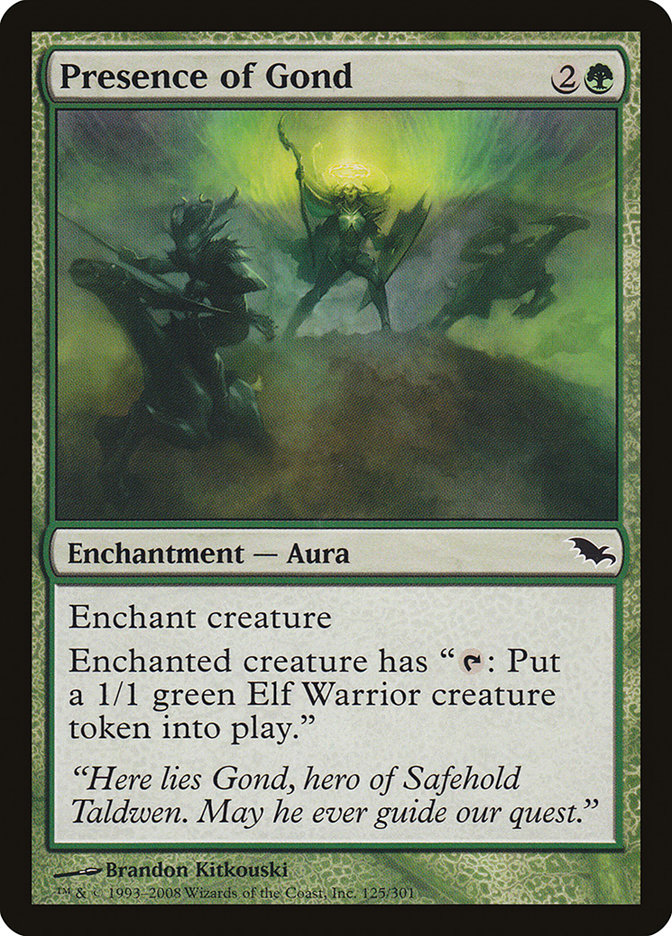 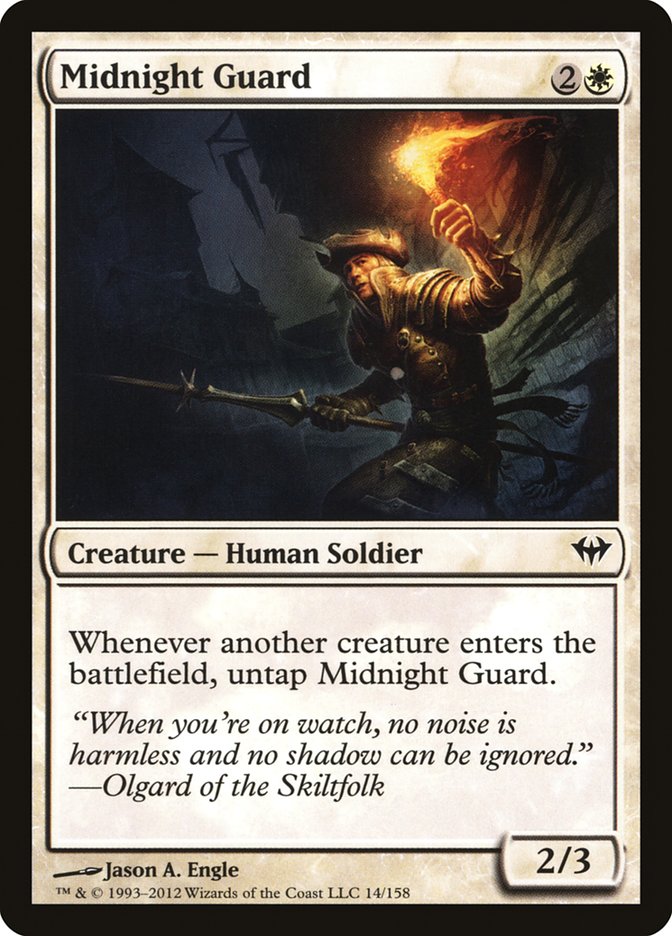 This deck is a beneficiary of, and an example of, the absence of Temporal Fissure. Bukatov’s deck takes time to set up, and in the old format it would be far too slow. Currently this deck is an interesting option, but your computer better be running smooth and your finger has to have a rapid-fire speed because otherwise there is a good chance this deck could time you out with all the clicking. This deck is for people who love attacking and don’t mind tapping all sorts of permanents to make creatures at the end of your opponents’ turns.

This version of Rebels appears to be little more than Rebel Post sans Cloudpost. Shyft4’s deck operates along the tried-and-true White Weenie plan of flooding the board. The advantage here is that once Rebels hits three lands it can search creatures directly into play as a bypass to counterspells. The inclusion of Haunted Fengraf is a nice touch in a deck where so many of the creatures are redundant – only the body matters.

Squadron Hawk shows up despite not being a Rebel. Squadron Hawk has long been a key card in White Weenie lists but it was kept down by Temporal Fissure. The ability of decks to develop on the board means that these birds should see more play (and we’ll get to what may be their signature deck a little bit later).

While Rebels can provide an additional angle of attack, I am not sold on their superiority to more traditional White Weenie.

Simple and effective, White Weenie can present a ton of threats in short order. Creatures like Squadron Hawk and Loyal Cathar make the one-for-one removal out of black decks ineffective. Guardian of the Guildpact is a solid creature that can actually win games in the current metagame. Perhaps my favorite card in the sideboard is Devout Harpist – celobee came prepared for Bestow. On that note, it follows logically that White Weenie starts incorporating some number of Hopeful Eidolons. These spirits are fine as a one drop and are still live draws late in the game, helping to turn Razor Golem into a vigilant earthbound angel. Nothing wrong with that.

And to think some people thought combo was dead. First proposed (on the record) by Ministered by Angels through Casting Commons (a Pauper blog) and their brewer’s challenge, Sage Combo is a Temporal Fissure combo deck only it replaces the kill card with Sage’s Row Denizen. Instead of bouncing every permanent and slowly winning over the course of multiple turns, the deck now can just mill out an opponent. The deck works by using Sunscape Familiar and Nightscape Familiar to reduce the cost of its blue spells. Using Dimir Aqueduct and Azorius Chancery allows Cloud of Faeries to generate quite a bit of mana which is in turn used to cast Ghostly Flicker and Mnemonic Wall. Sage’s Row Denizen means that every pass of Ghostly Flicker will flop four cards over into an opponent’s graveyard.

When Wizards of the Coast said they wanted to keep Temporal Fissure in Pauper to find a “quirky” deck, I think this is what they had in mind. Sage Combo is a powerful deck that can present a game-winning combination but also uses cards that can actually be fought given the tools of the format. In the early going this looks like the combo deck to beat, and time will tell if it will prove as dominant as its ancestor. 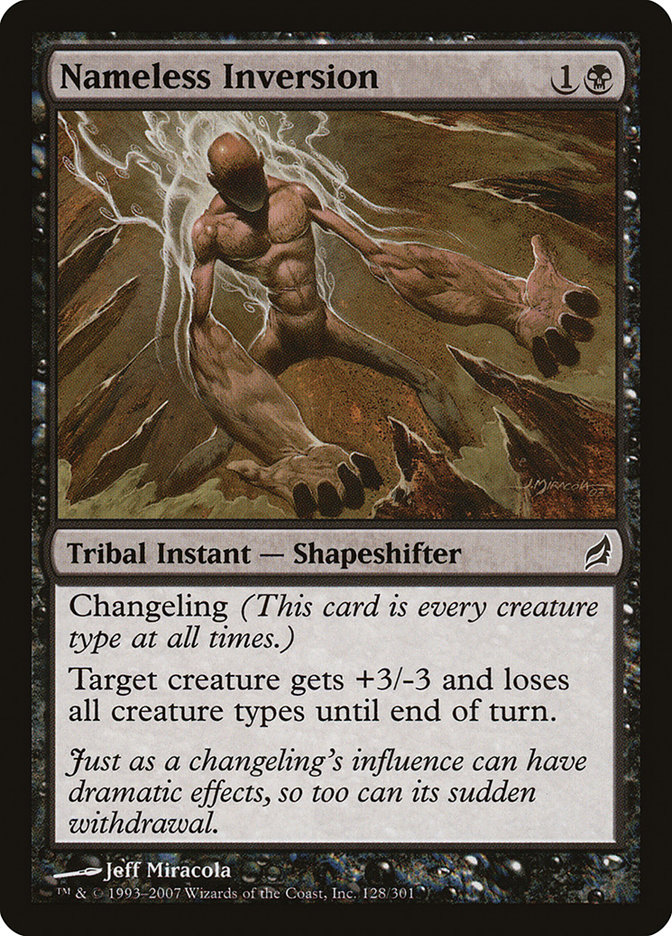 From the same Casting Commons blog comes one of the more direct level-one lists. Grapplingfarrang is well known for his work on Grapeshot Storm combo in Pauper and this is something completely different. Many people have tried to make Zombies work with Ghoulcaller’s Chant but Grappling merges that shell with Travis Woo Unearth Rats deck from a few months back. Ghoulraiser can get back any creature in the deck (but like the Rebels list above, it is less about which specific creature and more about having anything to put on to the field of play). Both Ghoulcaller’s Chant and Ghoulraiser play nice with Nameless Inversion (a Zombie) which means it is conceivable that this deck is packing sixteen copies of the +3/-3 Changeling Instant (if the god of random choice [also known as Worth] is on your side).

This style of deck often lacked a way to end the game, and this list attempts to fix that with two game-ending Zombies: Gempalm Polluter and Gray Merchant of Asphodel. The Polluter is a card that has seen play from time to time in Zombies but Gray Merchant is quite the game-ender. Not only does it have a respectable body for the format (just look how well it blocks against White Weenie), but it also comes with a mini-Corrupt built in. Corrupt was often too slow for the pre-October Second format but now it may just be outclassed.

Gray Merchant of Asphodel comes into the format at a time when cards are actually sticking around. In turn it is far more likely for the enters-the-battlefield trigger of our gold-faced friend to be for more than the two black pips in its own casting cost. While Zombies doesn’t take full advantage of this, it is not hard to imagine a more-controlling deck full of black mana symbols.

This is a first pass fully devoted to Gray Merchant. Without significant testing, a sideboard seems premature. Gray Merchant of Asphodel plays the role of Corrupt in this deck, but unlike the game-ending sorcery the Merchant can be recurred with Grim Harvest. There are some concessions to devotion in this deck (hence Executioner’s Capsule) over other removal options. Gray Merchant looks to be a key player in Pauper and I am excited to see people get the chance to design different decks around a potentially game-ending effect. I know I have a list kicking around in my head using Exhume and Gray Merchant, but I can’t quite figure out what else the deck wants to do.

I bet this list looks familiar on some level. Remember what I said about Squadron Hawk? This port of Caw-Blade might be the best Squadron Hawk deck in Pauper. While the port has been attempted before, it was never able to find sustained success (either due to the builds or the speed of the format). Goliat2 took this concept and finally managed to get the right mix of cards to find success in his Pauper Caw Blade (or PauBlade). While there is no Jace, the Mind Sculptor for free Brainstorms, Pauper has the original. Trinket Mage does a meager impersonation of Stoneforge Mystic but still manages to find a solid cache of toys. Bonesplitter on Guardian of the Guildpact can end the game in short order, and Sylvok Lifestaff plus blockers equals lots of life. My favorite target might be the Origin Spellbomb, which can make a guy and draw a card in a pinch. There are other neat interactions in this deck, including using Trinket Mage to fetch up an Artifact Land which can then become two tokens via Cenn’s Enlistment.

Or it can just draw two cards and fly over for two damage. You know, like an honest blue deck.

Pauper has experienced a seismic shift. Excising Temporal Fissure from the ranks of playable cards allows decks that take time to set up to succeed. PauBlade and Rebels are just two decks that would have stood no chance in the face of Temporal Fissure. Gray Merchant of Asphodel would be just another dead five-drop instead of a card that should change the way black decks are played.

And that’s not all. The absence of Cloudpost means that control is up for grabs. Multiple old hats are trying to fill that void, from blue control to Dimir trinkets. Ramp has seemingly vanished even though the UrzaTron (Urza’s Tower, Urza’s Mine, and Urza’s Powerplant) are in the format. The Tron lands take up more space and does not have the stalling power of Glimmerpost. Needing three lands instead of two to get going is also a nail in the coffin of of big-mana decks.

The future of Pauper is being written. These decks come from only a few Daily Events. What decks are you running in the new Pauper? What cards are you excited to try out? Let me know in the comments!

An Introduction to Pauper

The Colors of Pauper: W U B R G