Flores: Are we doing a matchup series?
Sadin: Sure.
Flores: We need to do that tomorrow, Annex Wildfire versus…? I want to be Annex Wildfire!
Sadin: Lol. Okay, I’ll play Zoo.
Flores: Nice matchup. 8 you, 2 me.
Sadin: Okay, then I guess I’ll play Heezy Street.
Flores: Are you kidding? That’ll be 80% in your favor.
Sadin: Then I’ll play Vore.
Flores: No way! I’d be lucky to take 3 games out of 10.
Sadin: Fine… what can I play?
Flores: How about Heartbeat and Ghost Dad?
Sadin: Haha! Okay, but I’m playing Husk instead of Ghost Dad.

That’s the messenger conversation that we had to determine what matchups we would play for this article. Mike was really excited about Annex Wildfire, as it had a huge amount of success pre-Honolulu but was a virtual no show at the Pro Tour and has had little to no following since. As there is no tournament data to show specifically why the deck has fallen out of favor, I can see why Mike would get excited. Mike was excavating for buried treasure, a task that even if unsuccessful would help to strengthen our understanding of the format.

This is the list for Husk that I ran for our games, an exact replica of Osyp’s PTQ-winning deck:

Without further ado, let’s get into the matches.

Game 1 was as lopsided as can be… Mike had numerous mana accelerants but no threats nor answers past a Remand. He quickly fell to a Nantuko Husk and an Isamaru.

Game 2 was similarly lopsided, as I opened with a Bob followed by a Promise on the play, and his first spell was a late (turn 4) Annex with little to follow it up.

Game 3 I had an Isamaru followed by a Bob, and was able to hold back enough threats and lands to play around the Wildfire that never showed up.

Game 4 I took a U/R Signet with a turn 2 Castigate, which left the land-light Mike utterly crippled for the remainder of the game.

Game 5 I had an early Castigate for an Annex, but was low on threats. Mike had Icy going, drew some cards and was able to Wildfire me out of the game.

Game 6 Mike stalled on three lands, and quickly died to my curve draw

Game 7 I castigated Mike on turn 2 and left him with two Electrolyzes. With that knowledge, my next play was a Promise of Bunrei to which Mike had nothing. I then followed it up with a Ghost Council, which he double Electrolyzed, leaving me with 4 tokens that, aided by a Husk and an Orzhov Pontiff, quickly killed him.

Game 8 I drew two Castigates to take Mike’s two Tidings, which left him, despite resolving a Wildfire, with no way to get ahead of my multiple Mortifies. This led to his eventual undoing.

Game 9 I missed some land drops despite having a Bob going, and quickly (eventually) got trounced by a combination of Icy, Keiga, and Wildfire.

Game 10 I had a land-heavy draw with multiple Castigates, but that was still more than enough to take down the tenth and final game to end the set at 8-2 in Husk’s favor.

I’d played a limited number of games with Husk before my set with Mike, and needless to say I was very impressed with the deck’s performance. Even though this isn’t the most challenging matchup, Husk’s strengths really shined for me. The deck has the ability for fantastic curve draws with Isamaru, Kami of Ancient Law, and Bob and such, but beyond the powerful openers it also has the ability to go off for ten-plus damage with Promise of Bunrei and either Husk or Pontiff.

I don’t think that there are any significant innovations that can be made to Husk without radically changing the deck’s focus. A number of players have chosen, with notable success, to move some number of Mindslicers to the maindeck, making the deck even better against midrange strategies.

Rather then play sideboarded games, we decided to move onto Heartbeat versus Annex Wildfire, hoping that it would be less of a blowout.

For Heartbeat, I went with the list that my teammate Paul Jordan ran for our 2-0-Qualify on rating, run at a PA PTQ.

Game 1 Mike had a quick Wildfire (turn 4), but I was able to recover with a Heartbeat and a Kodama’s Reach. I killed him a turn before his Keiga would have taken me down.

Game 3 Mike once again had a turn 4 Wildfire, off three signets and three lands, allowing him to follow his namesake spell with a land, leaving me completely crippled and him with 4 mana. For a moment I thought I was going to be able to get back into the game, but his Keiga, backed by a Dream Leash and an Annex to take my two Forests, took care of me pretty quickly.

Game 4 I ran out an early Heartbeat, followed by another Heartbeat, and a third Heartbeat, transmuted a Muddle into a Weird Harvest and went off despite him Remanding my lethal Maga twice.

Game 5 I kept a pretty a pretty miserable hand; my first spell was a turn 4 Kodama’s Reach, but I still blew Mike out because he didn’t make a single relevant play. 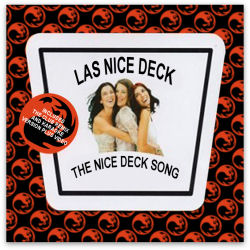 At around this point, we started singing the “nice deck” song. A song that is sung exclusively when a deck is, how should I say, nice.

Actually, I’m lying… we’d been singing the “nice deck” song for some time now. Here are some lines from the nice deck song:

“Your deck is so nice,
What a nice deck.
Why thank you very much,
I also think that my deck is nice…”

Game 6 I played a turn 3 Kodama’s reach, got Annexed, I then Eldered up a land. When Mike went for a Dream Leash, I Remanded it, untapped, and went off.

Man, is this deck good.

Game 7… “How is it that I annexed you, yet I’m still a million miles behind?” Later on, when Mike played a Wildfire, I Remanded. He Remanded my Remand, and I let that resolve… then with my last two mana, I once again Remanded his Wildfire. I then untapped and went off.

I screwed up on an early Kodama’s Reach, which prevented me from going off very early. Mike Wildfired a couple of times to make it interesting, but in the end I was able to Boomerang my only Forest, after he tapped it on my upkeep, and use that Forest – assisted by my two Heartbeats – to turn a Weird Harvest into a win.

Game 9. Warning, kids! Don’t play a turn 3 Heartbeat no matter how tempting it may be (unless it’s really, really tempting, in which case you still probably shouldn’t). It’s one of the few ways that you can throw away an insanely favorable matchup. In case you haven’t already guessed, I played a turn 3 Heartbeat and got mashed by a series of Annexes and Dream Leashes, and was taken care of in quick order by an early Keiga.

Heartbeat is still alive and kicking and, unless the format radically changes over the next day or so, I’d be shocked Heartbeat doesn’t yield the greatest or (second greatest) number of Nationals qualifications. If you have experience winning with Heartbeat, then it is almost certainly the right choice to bring to Regionals. The sheer power-level, coupled with its natural resistance to hateful strategies (not to mention its utter dominance against mid-range decks) means that the only truly dangerous matchups for Heartbeat are decks that are faster than it (Zoo), decks that have a similar clock and considerable disruption (Husk), or decks that have a truly dedicated plan to beat you, supplemented by naturally powerful cards to slip ahead (Jushi Blue).

The most exciting post Dissension Heartbeat innovation that I’ve seen is Sean McKeown inclusion of Research/Development, providing the deck with a tutorable answer to Cranial Extraction as well as a potential card drawing spell.

Both Heartbeat and Husk have Annex Wildfire completely dominated, and unfortunately the once-popular Steam Vent deck can’t claim much better matchups against the other popular decks in the format. Even against Ghost Dad, a style of deck that Annex Wildfire seems custom-tailored to beat, the matchup would be quite tough as Bob, Shining Shoal, and Ghost Council are quite difficult for the deck to deal with. 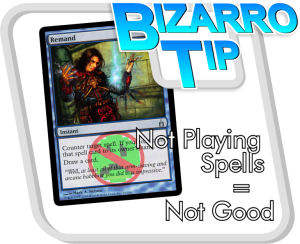 So, if your ideal deck is one the can go 20% (in games, not matches) against the entire field, while barely breaking a sweat, then Annex Wildfire is the way to go. If not, you’d be better off looking elsewhere for a deck to take to your next tournament.

Postscript:
Keep in mind that not every deck which contains Annex and Wildfire is necessarily unplayable, it’s just that the pre-Guildpact style Annex Wildfire deck’s with Icy, Dream Leash and such have gone the way of the Dodo and are now extinct.

His sideboard strikes me as being incredibly unfocused, and I don’t see why he would run Meloku instead of additional Dragons (Ryusei or more Keigas) but aside from those small and easily revisable points, I think he has done some very interesting things to stretch the limitations of Steam Vents decks. He has all the elements for a Signet, Annex, Wildfire draw (a draw that occurs fairly infrequently, but will usually lead to a near automatic win), which was basically the only way classic Annex Wildfire was taking any games when Mike was playing it. The deck is also able to play a control style game, using Wildfire as a reset button in the same way U/W control would play Wrath, and reserving your counters only for key threats that can’t be dealt with by Wildfire.

Bonus:
In my ongoing search for further applications of Muddle the Mixture, I stumbled upon this list that Eric Twarog used to help his team qualify for the Team Pro Tour. His list is a little bit unrefined, but this type of deck clearly has a lot of potential.