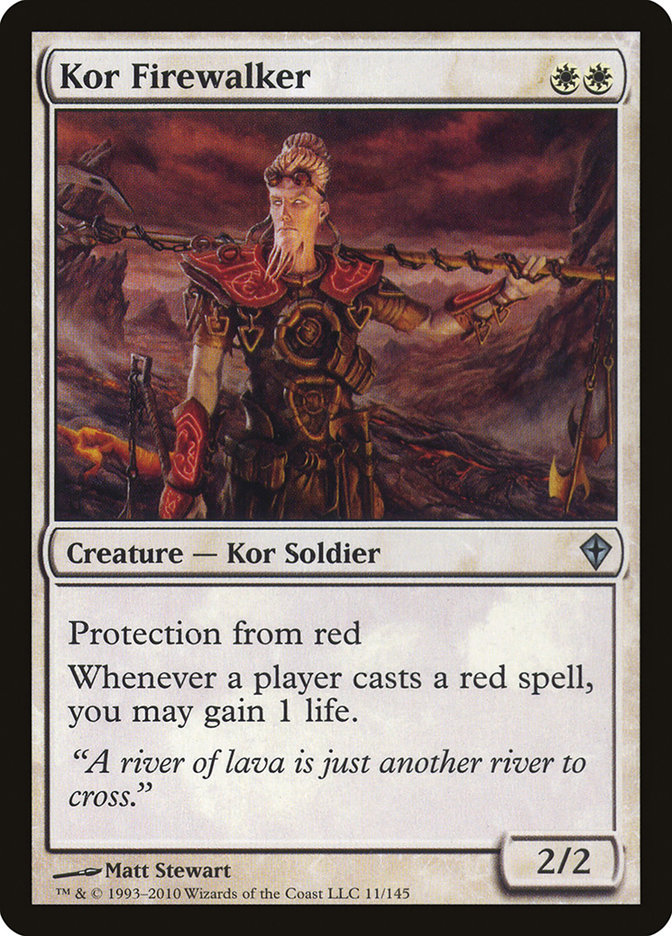 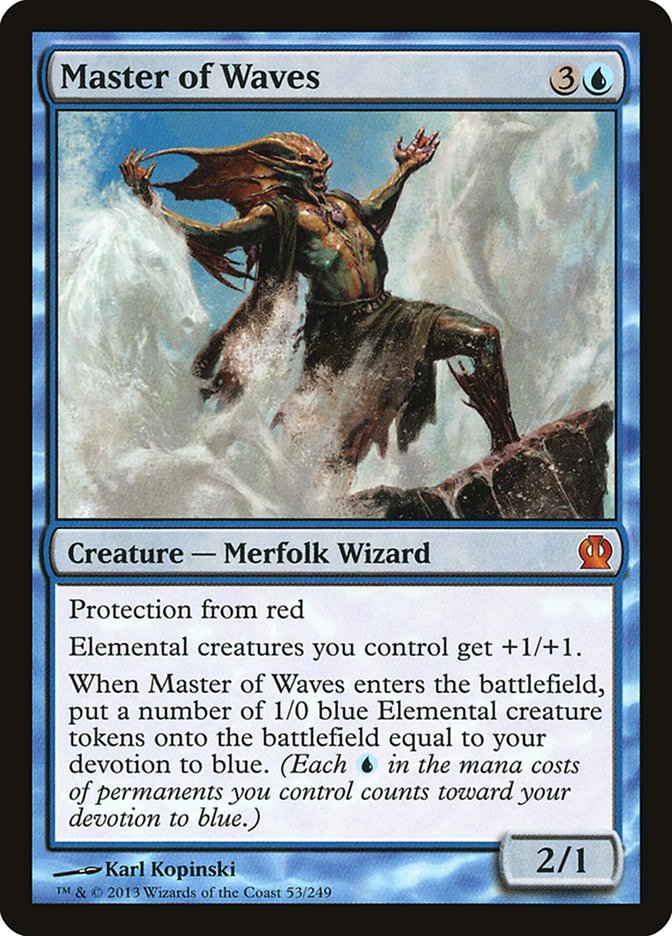 One of the things I especially like about Fatal Push is how it kills creatures with protection from red, such as Kor Firewalker and Master of Waves. I always tried to fit a Murderous Cut or something similar into my deck in order to deal with those cards. Having access to Fatal Push means you get to clean up those cards for free!

Does Fatal Push outright remove the necessity for Terminate? I don’t think so, but it’s close. In fact, I might be too conservative with the initial number of Fatal Pushes in my deck. However, Reality Smasher and Primeval Titan are still potent threats.

The second reason I like Grixis is because of the recent bannings. 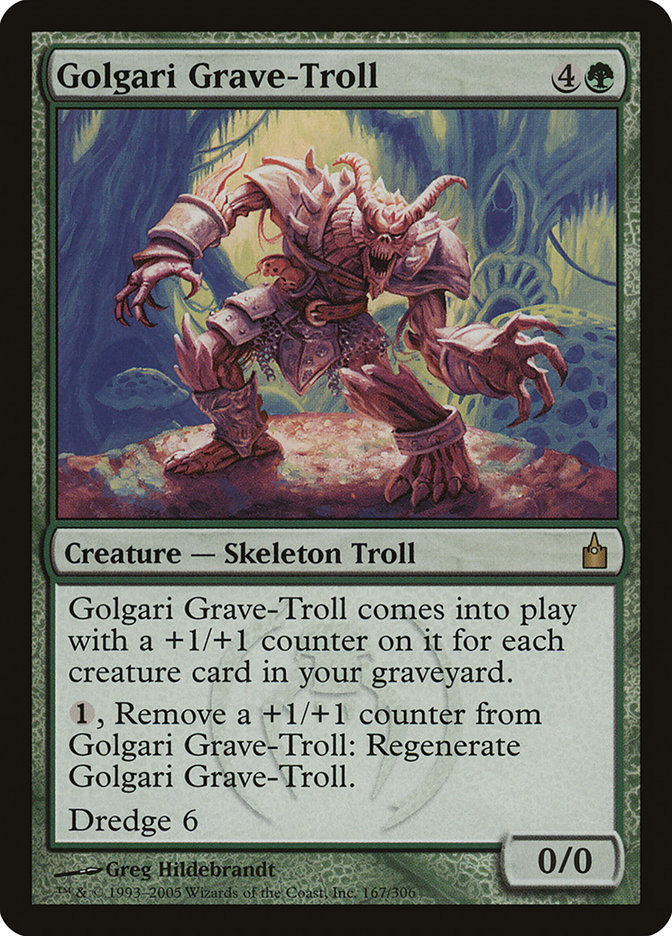 While Grixis is generally favored against decks with Gitaxian Probe, Golgari Grave-Troll getting shown the door (again) is good news. Dredge was an unwinnable matchup in Game 1 and only got better if you dedicated a sizable portion of your sideboard to have a shot. The banning comes nowhere near killing Dredge, but it will probably keep its numbers down in the short term.

This is what I’m looking at for Grand Prix Vancouver.

How I Built My Grixis Deck

Since I can’t take full control over the game against most opponents, you might wonder why I’m not including cards that would enable me to do that. Most of those cards are clunky, and the only way you escape the early-game is with a pile of cheap interaction. Modern is so fast that you can’t afford to have pseudo-dead cards in your hand instead of cards that interact early. 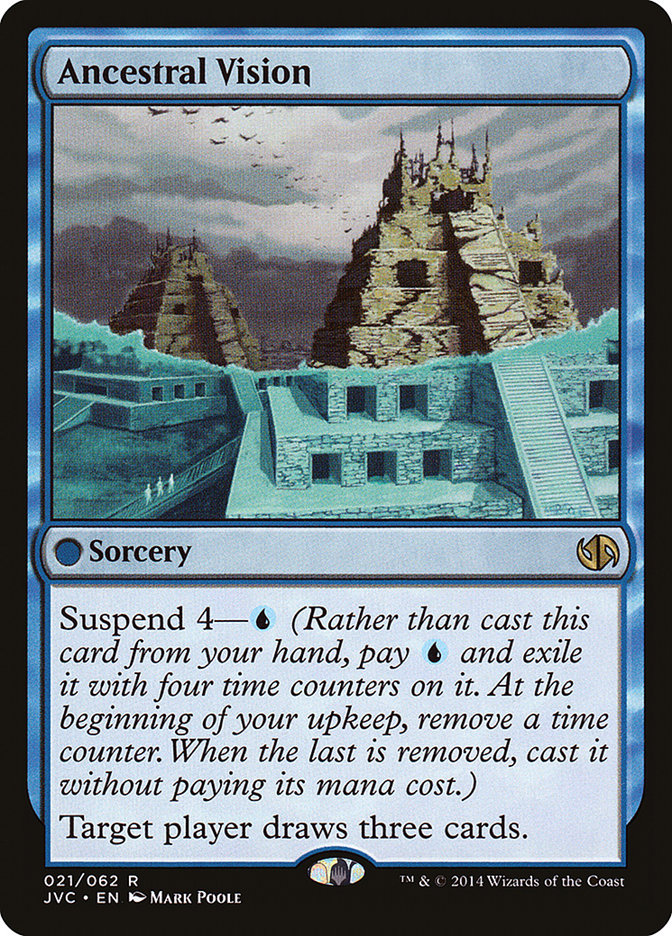 Ancestal Vision is a card you should consider, just not in this version. I typically don’t like discard and other weak topdecks in my Ancestral Vision decks. If you’re going through the hassle of using it, you might as well draw cards off it that actually affect the game state. If cards like Spell Snare and Cryptic Command look like they’d be stronger against the current field than Inquisition of Kozilek, Ancestral Vision is a better fit. 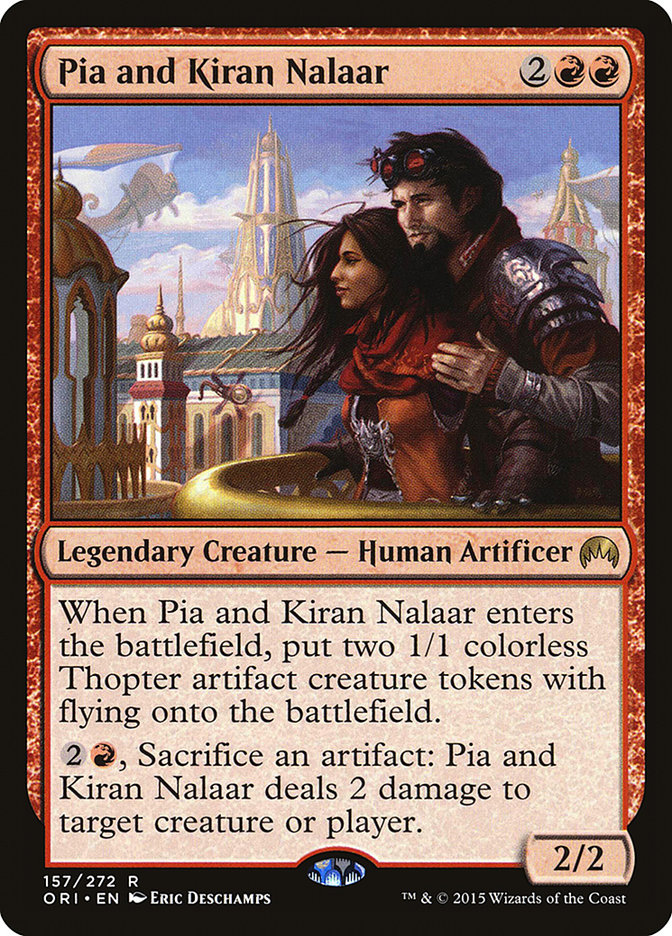 I started with old reliable Pia and Kiran Nalaar. However, with how few Infect decks there are, Pia and Kiran Nalaar shouldn’t be the big threat of choice. There’s still Affinity out there, which Pia and Kiran are phenomenal against, but Grixis doesn’t really need the help. We gain percentage points in that matchup by maxing on Kolaghan’s Commands, which also double as additional threats.

There could be a world in which Kalitas, Traitor of Ghet is my maindeck win condition. Right now, I’m trying Jace, Vryn’s Prodigy again. I liked Bedlam Reveler in a world where the decks were faster, but we can afford to take our time now.

Right now, the deck is incredibly weak to Rest in Peace. With Dredge on the decline, I’m fine with that. If that were to change, you would want to include some win conditions that aren’t neutered by a Rest in Peace.

This isn’t an exact science. Instead of providing a hard guide with solid ins and outs, I’m going to present a range of options for you to play with.

With Grixis, sideboarding should be fluid. You might want Radiant Flames against one Bant Eldrazi player, but not another. It depends on how they sideboard, what sort of hands they’re willing to keep, and how aggressively they play. There are going to be games lost based on how you sideboarded, but you’ll also be able to win matches by re-adjusting for Game 3.

Abzan can be a difficult matchup, but it all depends on which deck is built to go bigger. Sometimes that won’t matter and you’ll be unable to answer a pile of Spirit tokens, but that’s okay. Most of the time, you’ll be able to protect a Jace, Vryn’s Prodigy and grind them out.

Fulminator Mage is a consideration to punish their greedy manabases, but it has mostly disappointed me. Their creature-lands aren’t as threatening as a Raging Ravine, so I’m not a huge fan.

How much discard you keep in against other midrange decks depends on what their plan is. I’ll generally shave some, but not all, because it’s important to protect Jace, Vryn’s Prodigy and/or stop them from getting a Liliana of the Veil onto the battlefield uncontested.

Countersquall is weak because you don’t want many reactive cards in these matchups, especially ones that don’t stop their creatures.

Thought Scour is almost always a card you can afford to shave unless your gameplan specifically revolves around chaining Kolaghan’s Command and Snapcaster Mage. However, in these attrition-based matchups, you’ll often end up trading resources, and having Thought Scour instead of real action tends to lead to you flooding out.

Abzan is typically more controlling than Jund, whereas Jund should be focused on getting you dead.

This is a difficult matchup because their best cards tend to ignore Lightning Bolt and Inquisition of Kozilek. You need some of those cards to ensure you don’t get run over by Matter Reshaper and Eldrazi Skyspawner, plus Eldrazi Displacer can be problematic. It’s not uncommon to trade Snapcaster Mage plus Lightning Bolt (or even two Lightning Bolt) for a bigger threat. Making that trade definitely feels bad, but it’s what you have to do.

If they sideboard in Rest in Peace, you’re in trouble, but there’s not much you can do about it aside from keeping in the full amount of Inquisition of Kozileks.

Fulminator Mage is decent at attacking their Eldrazi Temples, but sometimes you need to go after Cavern of Souls to turn on your Ceremonious Rejections. I’m not sure I’d want all three, especially on the draw.

Affinity is a scary matchup because of how quickly they can deploy their hand, but it’s generally one that I’m happy to play against. Mountains of spot removal, including Kolaghan’s Command, make it a rather easy matchup. Etched Champion is their best card by far, so be aware of that. Cranial Plating on a creature-land is the second most common way they can beat you.

Kalitas, Traitor of Ghet might seem worthy of inclusion here, but I think it’s too slow. Yes, it stops modular and can potentially gain you life if you’re getting beaten down, but the games rarely come down to that.

Tasigur, the Golden Fang is something you can shave because you can rarely use it defensively. Most of the time, it’s just a clock, but you’re winning most of your games by grinding them into oblivion, not racing them.

Fulminator Mage is medium here, but potentially worthy of inclusion on the play.

One of the worst matchups is Tron, so here’s hoping it stays relatively unpopular. I’ve beaten the deck with Grixis way more often than with Jund, but it’s still an uphill battle.

However, this version of Grixis, with no Pia and Kiran Nalaar, Countersquall maindeck, and Ceremonious Rejection in the sideboard is probably the most hateful version of Grixis that I’ve played with.

Sometimes you need to fight through a Wurmcoil Engine, but it’s doable. Karn, Liberated and Ugin, the Spirit Dragon are the cards you need to either counter or make them discard. Sometimes you can Lightning Bolt down a Karn if they’re careless or kill them through it, but it’s unlikely.

Another bad matchup, but one that’s certainly winnable if you want to try. Since Infect is such a good matchup and Burn has a lot of bad matchups currently, there’s not really a need to include multiple copies of Collective Brutality. If that changes, you should by all means alter the sideboard.

You will rarely, if ever, have time to deploy Jace, Vryn’s Prodigy safely. Additionally, most games you win involve not walking into Searing Blaze.

Your two gameplans are to race or expend all your resources in order to stick Kalitas, Traitor of Ghet.

Like Affinity, this matchup is scary but highly favorable. I’ve generally been way more scared to play against highly aggressive Infect players rather than the passive ones that try to play a longer game. Each turn they give you makes you more and more of a favorite.

You can pretty much cut every copy of Tasigur, the Golden Fang from your deck. It will almost never be relevant in any of the games. Countersquall and Thoughtseize are considerations, but I think that depends on how they play. If they want to sculpt a perfect hand, Countersquall is a little better. If they are trying to kill you quickly, you may want Thoughtseize as additional early interaction.

Shaving on Thought Scour or Jace, Vryn’s Prodigy is perfectly acceptable, especially if they have a bunch of Twisted Images. Thought Scour is kinda nice, though. Many games involve you holding open mana for removal, and when they inevitably pass the turn, you’re going to want something to do with your mana.

This matchup is similar to Tron and typically not as bad, but might be a worse matchup with my current version. Thankfully, it’s not too popular.

It’s worth noting that against decks like these, you want to keep in the maximum amount of Lightning Bolts because you need to get them dead as soon as possible. Going after their hand with discard and Kolaghan’s Commands is a reasonable way to constrict their resources. Post-sideboard, Fulminator Mage helps with that plan too.

I can’t imagine ever winning this, but if you do, Kalitas, Traitor of Ghet is almost certainly involved.

Your gameplan is to either race them or disrupt their engine with discard and counterspells.

So far, the loss of Gitaxian Probe doesn’t seem to have killed this deck, and I’m pretty impressed by that. It seemed like Gitaxian Probe was functionally part of the manabase, plus it made your Young Pyromancers much stronger. Without it, the deck is weaker as a whole, but is apparently good enough to stick around.

If you face a Grixis variant, chances are that it’s going to be this one.

You could try going way bigger with Kalitas and Damnation, but I don’t recommend it. If you stay lean, their counterspells are worse and you will still probably beat them up in the late game.

While I was excited about Burn in the previous format, things have changed. With less Infect and Gitaxian Probes in general, Burn is much weaker.

This is my current top choice for Grand Prix Vancouver, and being able to say that makes me incredibly happy. There are some other things I want to try, such as U/B Thopter Foundry, as Thopter Foundry seems like it could do well in a slower Modern field. I’ll have a couple of weeks to figure it out, but don’t be surprised if I’m casting Jace on turn 2 again!