(This trip brought to you by a bewildered New Zealander in Paris.)

Zero is my favorite number for many reasons that have slowly revealed themselves to me over the last ten years or so, and therefore we’ll start with Day Zero of this trip. Actually, Day Zero is one of the longer days I have ever sat through. You may remember me prefacing my column last week with something about how I was in for a 26-hour flight. Heh, it was more like thirty hours. Which is a considerable amount, I might add, if you’ve never flown that far before, and the only reason I could think you would have ever flown that far is if you’ve undertaken a similar (or exactly the same) journey there or back.

The flight itself, and its expected stopovers, weren’t so bad. The movies were at least on demand on a personal screen, so I wasn’t subjected to any back-to-back Will Ferrell shenanigans this time. That’s not to say I didn’t have any problems with the movie system itself. I decided that I would finally watch the second Pirates of the Caribbean movie, but started a little late and only managed to get around half way through before our first stopover in Sydney. The next leg was over nineteen hours long, so I started out with a spot o’ snoozin’ with intermittent feeding included, before eventually deciding to start the movie again. At around two thirds of the way through, I accidentally jostled the game-controller remote thing and it reset itself to the menu. I fast-forwarded back to the point I was up to, which took around seven or eight minutes and discovered it was now playing in Japanese and was forced to reset it and fast-forward though it again before finally getting to watch the end of it. Sadly, it was a kind of predictable ending because there was clearly going to be a third installment.

I was told that Dubai International Airport was a stunning piece of architecture made almost entirely of marble, but by the time we got there it looked just like any other but with lots of sand outside. Not all of the sand was on the ground either, and much of it formed a haze between the airport and the city. Apparently Dubai gets very hot, which isn’t surprising, but the time we spent there was between 5am and 7am or thereabouts, so we weren’t required to bust out the shorts and sandals or anything. With the next leg of our journey being only six hours long, I decided against trying to watch another movie. With my efforts so far, I figured I would be unable to actually view one from start to finish without before we were due to touch down in Paris. Well, that and none of the other movies actually looked any good.

The luggage carousel things at the airport in Paris were awkward to say the least. Most I have seen in my travels have emanated from the wall for some distance and then turned and headed back to the wall. These ones just ran along the walls, which made it difficult with the crowds of people to get anywhere near them. At least the time zone differences were easy. I didn’t actually need to change my clock, just pretend that am was in fact pm and hope like hell my body wouldn’t object to getting up at 7pm and gaming all the way through to like, 11am or something.

We – being me, Tim and Luke (two members of the New Zealand team) – caught a bus from the airport to central Paris with comparatively minimal fuss. I say “comparatively” because it turns out that it’s very easy to get lost once you get inside Paris itself. We found a map on the sidewalk, which gave us a vague idea of where we were headed, and trudged off in the rain to find our hotel. The remaining New Zealand team member, Kerel (also known as Bear), had arrived yesterday and was theoretically already booked into our hotel room. It was at this point we were all beginning to regret not having planned ahead to meet Bear somewhere meaningful. What were we going to do now, wander into the hotel lobby and hope that saying Bear’s name would let us magically take possession of a key and wander upstairs and dry off? Sadly, that was the best plan we could come up with, and luckily it somehow worked. Even better, we were there no longer than thirty minutes when Bear appeared at the door. Not so luckily for him; apparently he had spent something like five hours at the airport waiting for us.

We headed off in search of the venue for the registration and player meeting type thing. The Louvre was easy enough to find. We just walked down what seemed to be a main street and found it. We were expecting the to be many more twists and turns from the map we had been reading, but I don’t think anyone was going to complain. We strolled around the grounds somewhat, and began to realize that the Louvre is actually pretty damn big. Not only that, but we had failed so far to find anything that even resembled a sign saying “Magic: →” anywhere. Not only that, but we did find signs stating that the Louvre was in fact closed on Tuesdays, which was today (obviously).

Eventually, after literally circling the compound for a couple of hours, we found what appeared to be an ancient map of the area carved from wood and attached to a gatepost. After peering at it for a while, Tim spotted “Carousel de Louvre” and everyone agreed that the Worlds info page might have mentioned that somewhere on it. As yet we had failed to find anything resembling an Internet café with which we could actually look this up and confirm that fact. We headed off in the general direction of said Carousel de Louvre and spotted a few actual Magical Pros and figured following them would be a good idea. We got a little nervous when it turned out that the group was being lead by Gabriel Nassif and he was kind of just standing there peering about with a puzzled look on his face.

Somehow we all managed to descend a set of steps down to a set of glass doors that were locked for now, but at least featured other Magic players standing around and small pieces of paper with Official Looking Logos on them. We all stood about there for a while, having a laugh at the other tourists headed up and tried each of the doors before turning away. Yes, we’re all standing around out here for fun. Eventually, Quentin Martin figured out with the help of some local retiree that we were all actually hanging out around the back door, and that we need to head back up the stairs and back out the front on the street. Apparently there was some kind of shopping party gathering thing going on that night, and the registration party was going to be held in amongst that somewhere. Unfortunately, there was an extensive queue of shoppers lining up to be let in. However, we were all pleasantly surprised when the security guards allowed Magic players to skip the queue and get inside.

That’s right, make way for the Nerd World’s equivalent of Rock Stars. There’s Mark “Heezy” Herberholz, there’s Rich Hoaen, there’s Itaru Ishida and there’s blisterguy. Yeah, I’m still laughing at the absurdity of that too, so you can feel free to LOL at me there if you like.

Having avoided the huge queue outside, we found ourselves in the middle of large swarm of Magic players queuing to register for Worlds itself. We stood for something like an hour while waiting to get in, our stomachs rumbling away in anticipation for whatever spread they had laid out for the players. What they had laid out for they players were Little French Nibbles, but we devoured them never the less, until we found some strange mashed potato and cheese dish and we filled up on that. There seemed like little else was actually going to happen, so we attempted to wander back to our hotel. Again, I say “attempted” because it turns out that Paris is more a maze than an actual city, as pretty as that city is. Here are a few examples to give you an idea of what we spent our time gawking at while getting somewhat lost. 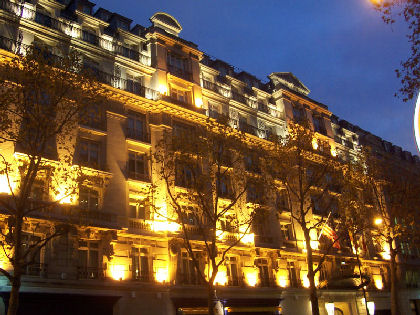 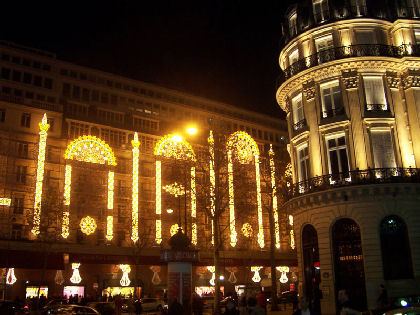 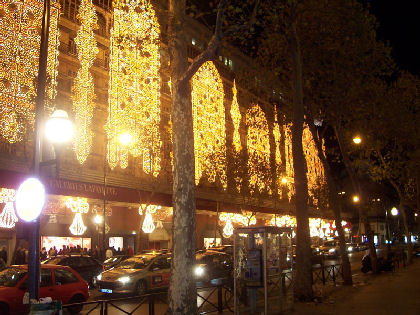 Bear thought this was kinda funny, and proceeded to tell us about a sign he had seen when he first arrived that stated “Get Lost in Paris”. The rest of us agreed it was kinda funny and were just plain happy it hadn’t started raining again yet. Once we finally found our way back to the hotel, we tried to finalize our Standard decks and so on for the first day of play (ah, gatherings of Magic players with differing opinions can be fun sometimes). We set our alarms nice and early so we would have plenty of time to get back to the venue in the morning, and settled down to try and get a good night’s sleep. After thirty hours of flying and airports and single serving everything, we slept like babies.

For the rest of the story behind my trip abroad, and actual Magic Online stuff, tune in next week. I would tell more now, but I’m due to check out of this hotel in a minute or two and Craig is waiting for me to ship this through to him. I’ll do some more sightseeing this afternoon and hopefully find more eye-candy for you. Until then, behave and I’ll catch you all next week!