Danny West: All right. You’re in Roanoke, VA, the home of StarCityGames.com. You’re shooting videos with the VS Series and doing Magic full-time. What were you doing a year ago?

Todd Stevens: One year ago I was traveling to every Open on the SCG Tour and trying to qualify for the Players’ Championship while just starting to write weekly for StarCityGames.com. I was also teaching high school math full-time. I would fly out to tournaments on Friday nights and back Sunday nights. It was the busiest time of my life, and I’m glad I get to focus on Magic all the time now.

West: There seem to be a lot of teachers who find success in the game. Anything going on there?

Stevens: Honestly, I’m not sure. It may just be a coincidence or maybe people who enjoy teaching also enjoy playing the world’s best game. There’s probably a nice explanation. I don’t have it, though.

Stevens: Actually, you asked me to! I’m thankful for the opportunity.

West: Well, besides that. What came first, your streaming or your writing?

Stevens:I basically started both writing for SCG and streaming at the same time, around June 2016. Roughly a year ago.

West: What are your plans for Magic at this point? How much planning does a Magic pro do?

Stevens: My plan for 2018 and 2019 is to continue streaming and traveling to most every event on the SCG Tour while also playing in Grand Prix. I’d still like to hopefully make it to the Pro Tour. For myself? I usually plan six months at a time or so.

West: Six months at a time. That sounds about right. I do the same things, except I still scramble to get my decklist done the morning of a tournament. I hope that part never goes away. But you seem more organized than a lot of players. Is that true? Or am I imagining things? Maybe it’s the clothes.

Stevens: I would like to say that’s true, but I’m not too much more organized than the normal player. I still have boxes of cards that I have to scramble to find what I need for a tournament the day before. I’m much more organized with clothes than cards, unfortunately.

West: Speaking of which, you like to dress very, let’s say, professionally. Is this a “dress for the job you want, not the one you have” thing?

Stevens: That’s a common saying that I don’t really believe in. I believe more “dress for the person who you want to be,” and I dress to look the best I can and present myself the best I can. If that counts, sure.

West: Is it tough to get SCG T-shirts over the collared shirts?

Stevens: I don’t like the T-shirt over dress shirt look! And sometimes it’s okay to not wear a tie.

West: What’s it like living close to players like Tom Ross, Ross Merriam, Brad Nelson, and Todd Anderson? Does it change your process much?

Stevens: Honestly, it’s not very different, and it doesn’t change my process, but it’s nice to be able to have conversations and feedback daily from some of the brightest minds in the game.

West: You’re playing more Magic than just about anyone in the world right now. You’re an accredited Modern specialist, but you play a lot of everything. How much Magic do you have to play to be a pro?

Stevens: Honestly, you don’t have to play a ton of Magic to be successful at the game, but you need to be aware of all of the other decks in the format, which takes some time. Even when I’m not playing Magic, I’m always thinking about the game and trying to find a new angle or strategy to attack the format I’m thinking about. If you don’t know the formats too well, the best way to learn is to play, so I always recommend playing as much as possible, but that’s easier said than done for most people. 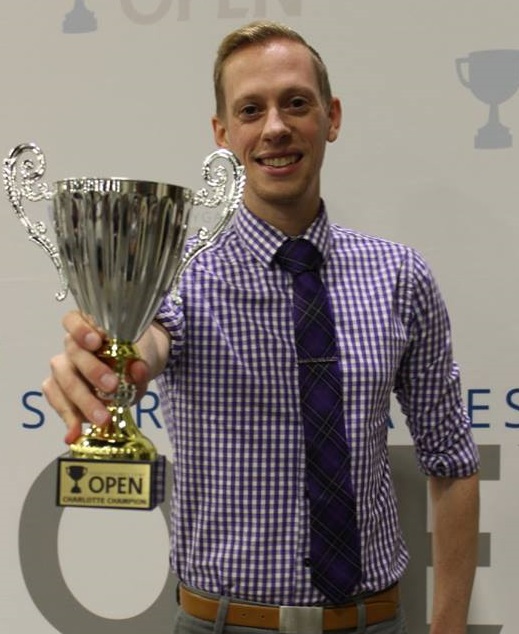 West: You took home Season One on the SCG Tour. You and Brennan DeCandio seemed to have a very good competition for the leaderboard top spot, even though you’re friends and teammates.

Stevens: Yeah both Brennan and I really wanted the top spot of the leaderboard for Season One, as that’s a rare accomplishment that you don’t always have the opportunity for. We finished first and second, though, which had been our goal for the last few months. I’m really hoping to get Player of the Year now in 2017 and I’m planning to be at every Open the rest of the year.

West: Not bad for a math teacher.

Stevens: Yeah, it’s a plus.