In the past, I have been very critical of Simic Ramp decks. The deck either curves out perfectly with a great mix of mana-ramp creatures or it draws one half of the deck and looks horrible. That is no longer the case thanks to Oko, Thief of Crowns and the big bad Wicked Wolf. These fantastic cards bridge the gap between the top of the curve and the mana-ramp creatures.

Outside of the shiny new toys, you still have Voracious Hydra and Hydroid Krasis as cards that scale quite well. Week 1 Standard is all about doing powerful things that have a proven track record. Simic Ramp checks both boxes.

Urza, Lord High Artificer has proven week after week that it is the best card in Modern. Every week someone thinks they have finally found a deck that crushes it, and then Urza evolves and wins a tournament. This cycle has been going on since Hogaak got the banhammer. Just play the best deck, people!

Paradoxical Outcome is the spicy tech that allows you to win the game on the spot by drawing your entire deck and milling out your opponent with Grinding Station. It shuts down the possibility of playing graveyard hate and hate that targets Thopter tokens. Urza decks are getting so resilient, I fear it might be on its way to taking over the metagame.

Golgari Depths has game against everything in Legacy. Being able to go Thoughtseize into making a 20/20 is hard to pass up! I’m not a Legacy expert, so the thought of a Force of Will mirror match frightens me. All I want to do is look at my opponent’s hand very often and be able to decide what the best course of action is.

Despite what other people seem to think about this deck, it’s great. Embracing anecdotal evidence, I went completely undefeated with this deck on Magic Arena on Sunday and Monday, and only lost three total games while climbing from Platinum to roughly #500 Mythic between Friday and Saturday of last week.

The thing to understand about Esper Stax is that it is a control deck masquerading as a combo or prison deck. 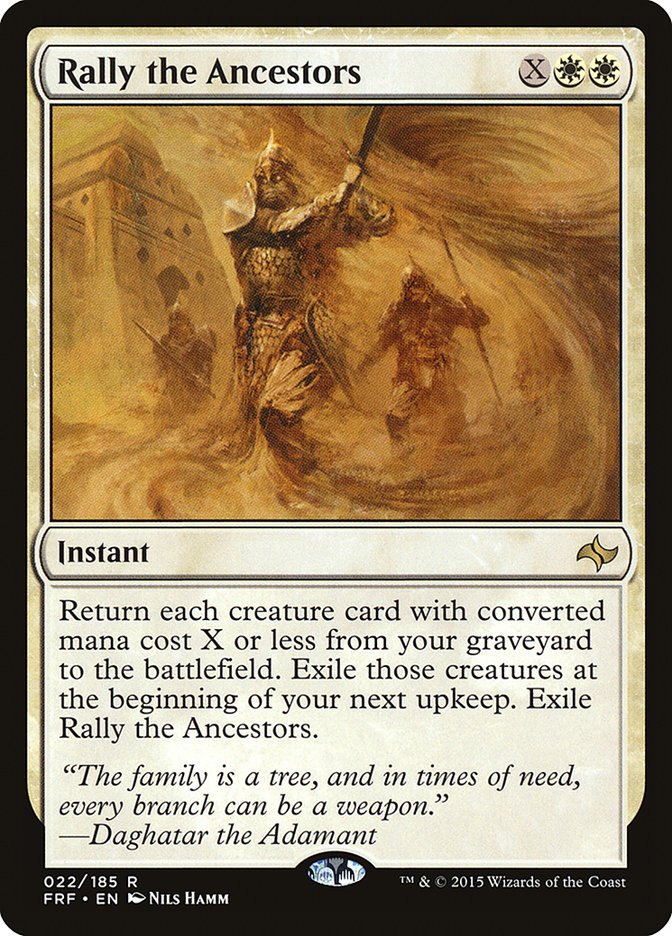 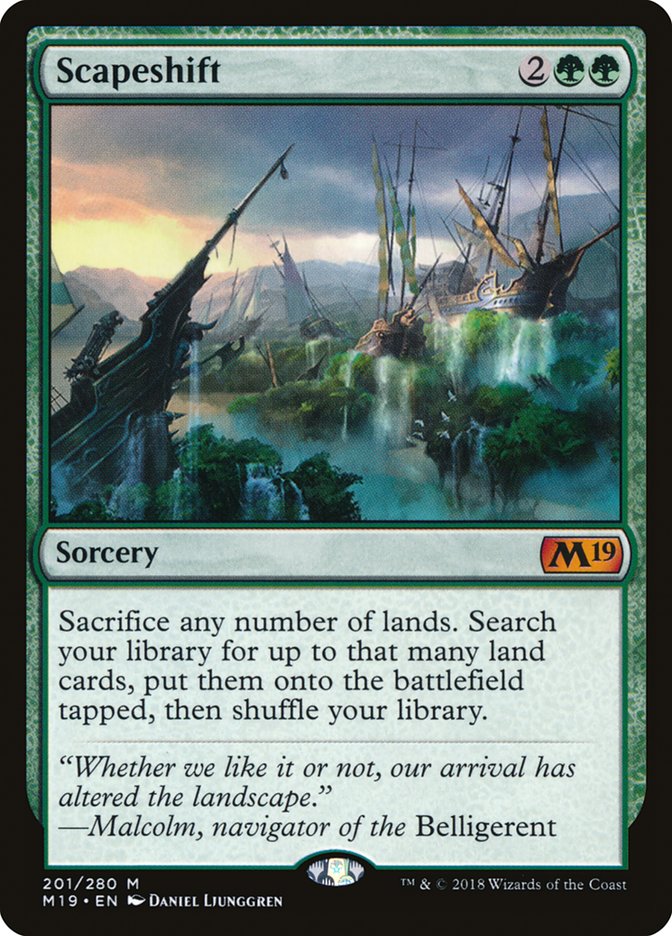 In a lot of ways, this deck feels incredibly similar to “Four-Color Rally meets Modern Temur Scapeshift.” The deck may technically have a combo finish, but it’s really just doing something fair that’s good at grinding and pressing an “I win” button once the game is reasonably locked up. Because the deck has a combo finish, people bring in tons of hate cards that are theoretically good to the combo, yet aren’t particularly effective against Oath of Kaya; Teferi, Time Raveler; and Kaya’s Wrath.

You’ll want to get some reps in with this deck before the weekend comes, as it can be very hard to pilot proficiently, and having plans for each matchup is incredibly important. If you put in the work, though, the archetype itself is rewarding.

Wizards of the Coast has been printing some pretty messed-up creatures in the last few months, and Traverse the Ulvenwald’s value is increasing as a result.

There’s a temptation to get fancy and have a huge toolbox for Traverse, but these cards cover a majority of the bases that one would need to cover in Modern. 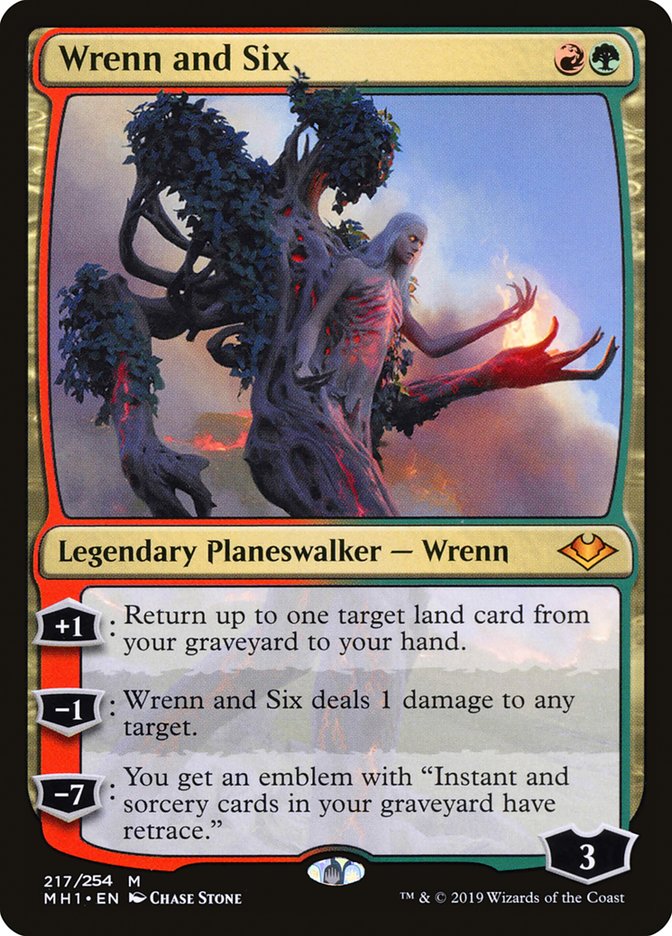 Wrenn and Six even gives the deck a great fair gameplan in post-sideboard games whenever the opponent will be more prepared to handle the aggression that Death’s Shadow and Tarmogoyf usually bring.

Traverse Death’s Shadow has quietly been on the rise for a while, and with even more new toys in Throne of Eldraine, it’s just about time for somebody to really take something down with the deck.

Storm is the deck to beat this weekend in Legacy. With Storm aficionado Cyrus Corman-Gill making the finals of the MCQ on Magic Online and winning Grand Prix Atlanta on back-to-back weekends, and Joan Hernandez Mercader winning the MKM event in Barcelona last weekend, it’s hard to ignore that the deck is a real player in the format. 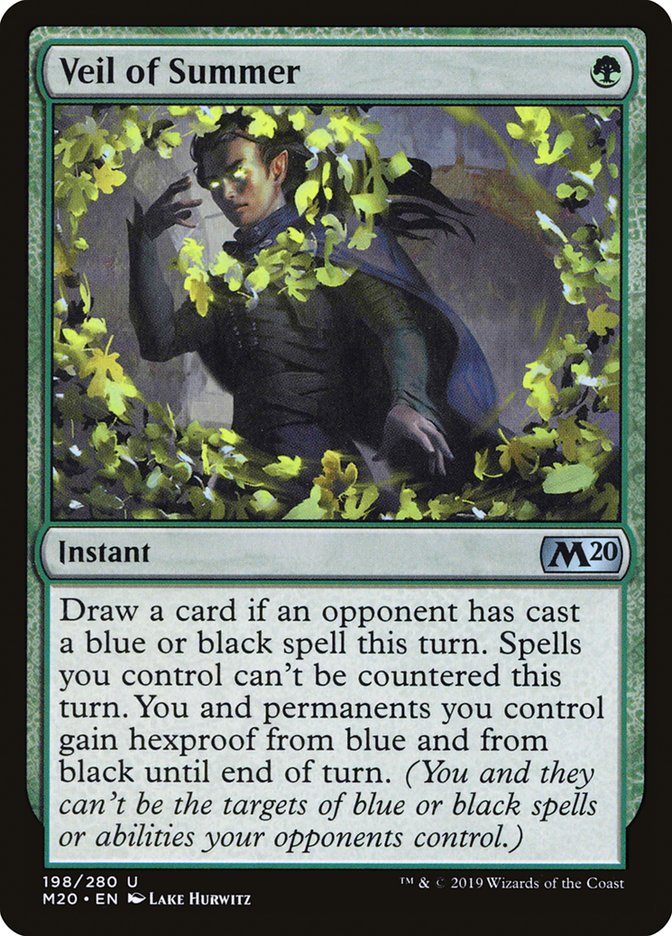 Veil of Summer is a way for Storm decks to play Silence while also having game against hand disruption and acting as a Red Elemental Blast when trying to force spells through. As far as upgrades to the deck go, it really is simply that good.

In Standard, this Esper deck brings home the bacon right off the bat. It’s an Esper Control shell that wins through massive card advantage, powerful removal, and some sweet counterspells. I am working on a more traditional Esper Control deck for this weekend, but this is on the table for my Standard choice.

Control decks are much stronger than most think on opening weekend. Competitive players tend to shy away from reactive decks because of inability to appropriately metagame the answers in an unknown format. Luckily for us, Dovin’s Veto and Murderous Rider will both be good right away, allowing me to confidently sleeve up my favorite shard for Philly.

Unfortunately, Azorius Stoneblade hasn’t lived up to its potential in competitive Modern. I still think there is plenty of room for growth and I do not believe that Jeskai or Azorius will prove the right fits for the newly freed Kor Artificer. I have been working heavily on Esper Stoneblade and I feel like I’m getting close to a breakthrough. With the rise of Paradoxical Outcome Urza to join the already powerful Four-Color Whirza, though, it may be time to wait out the storm.

Decks built around Urza, Lord High Artificer are a bit tough for control decks, but the Paradoxical Outcome version is a complete nightmare. I do not think it is the best version; however, it is gaining popularity and that is bad for Stoneforge Mystic fans everywhere. It is much quicker and somewhat immune to the traditional hate cards. The tradeoff is that it’s plays a weaker midrange game and some disruption can leave you with some clunky cards. Four-Color Whirza is likely still the best deck in the format, so I would recommend this as the deck of choice for the Modern seat in Philly.

Temur Delver has reached the pinnacle of power, utilizing Wrenn and Six better than any other Legacy strategy. Having an aggressive element while knocking down manabases makes this a terrifying deck to most opponents out there. Until Legacy folks start banking on basics, this archetype will be a dominant force.

There are a few fun control decks out there with Wrenn and Six, but I don’t think they are as good as Temur Delver. Some decks will eventually regain their composure if you do not apply pressure. Legacy is the most punishing format for those that do not close out games quickly, as the combo decks do not need much to deal the killing blow. Get a little aggressive, Wasteland a bunch, and enjoy the wins with this Legacy all-star.