After you play in a tournament, don’t just move on to the next one. Go back and try to find mistakes, not just in what happened in games but in all the decisions that went into the event. Did you metagame correctly? Go check out what the metagame was, and analyze how off you were. Did that affect how your deck was built and cause you to have an inferior build compared to those who excelled? What build do you believe was better, and why do you think they came to those conclusions that got them to that design?

What were the reasons to which you were unable to come to those same findings? Was it lack of preparation time? Could it have been bad advice from those around you? Maybe you were just stubborn and thought a matchup was better than it actually was. Perhaps you emotionally added too many sideboard cards for a matchup you simply dislike losing to, and that cost you points against a more threatening deck.

It’s difficult to always retrospectively evaluate tournaments with an untarnished mindset. The easiest way to get around the rationalizing mind is to write up a battle plan the night before an event. Think of it like a miniature tournament report you read on this very website. Document what list you’re going to play, why you chose it, what you did to prepare for the event, what you think the metagame will be, and how you plan to sideboard in every matchup. Sometimes this exercise will even lead to refining your list and strategies before the event itself. At the very least it will give you an objective look at your pre-tournament ideas and opinions that you can sift through later, unaffected by hindsight bias.

Doing this will help you develop an analytical perspective on preparation. You’ll begin to streamline the limited time you have for preparation, as you’ll begin to sidestep common mistakes you previously didn’t know you made going into every tournament. You won’t need a large group to prepare with, as you’ve begun to find a way for practice to cater to you. Slowly but surely you’ll find kinks in your process and weed them out. Eventually you’ll see more of the puzzle, and that right there is a step to becoming better at the game.

Goal #3: Find All the Puzzles

In the past few years, a new concept on explaining good gameplay emerged in the form of puzzle solving. No, this does not have anything to do with Puzzle Quest. 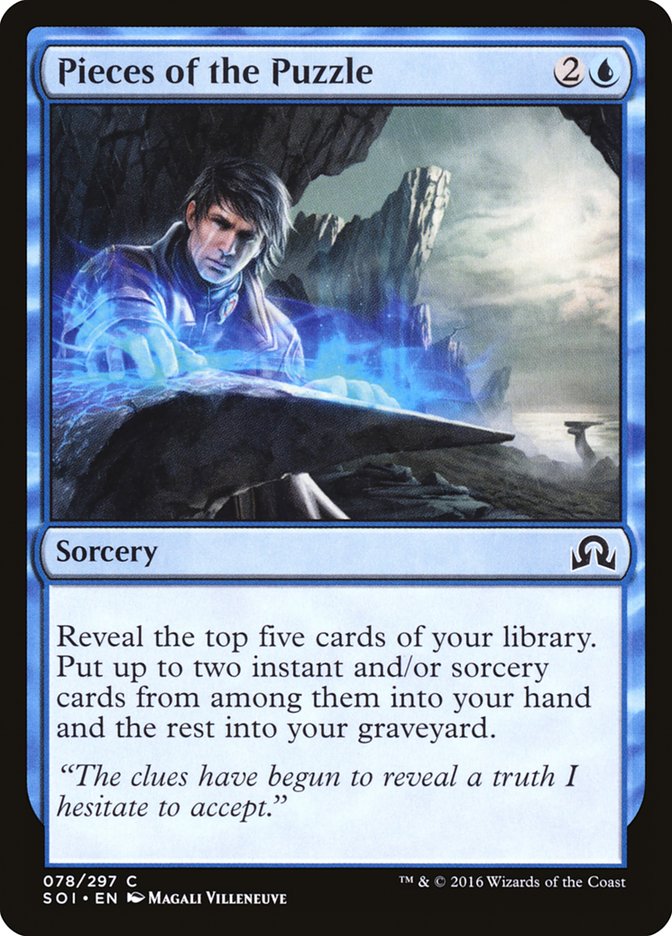 The idea is that the first goal in decision-making is not to find the answer to what to do, but rather to identify all the puzzles being presented. Sometimes it’s simply which land to play on Turn 1, which isn’t very interesting, but other times it can be extremely complex, with multiple puzzles within puzzles on a crucial turn.

Missing an on-battlefield trick is missing a puzzle. Forgetting they kept up two mana on Turn 4 in the Temur Energy mirror and thus not playing around Abrade and Harnessed Lightning on a later turn is missing a puzzle. Finding that puzzle could very well have stopped you from making a bad play and thus given you a better chance to win a game.

Some puzzles are mechanical, others judgmental, but they all exist. Your job is to identify as many as you can.

This has slowed my game down. Well, I’d like to blame old age, but lately I feel like I see so much more in a game of Magic than ever before. Numerous possibilities flood my brain, and I try to dissect them all as quickly as possible. Now, this doesn’t excuse my slow behavior in the slightest, and I’ve become aware that I need to find a way to play more quickly, but the fact remains that I feel like I’m aware of vastly more in a game of Magic, which bogs me down.

This is a difficult principle to implement, as it sounds like you should think about all the possibilities before executing one of them. In reality, it’s understanding that you may not be capable of seeing all the possibilities in the first place, and that’s what you should work on. The less you miss, the easier it is to make an informed decision. But finding what you normally miss isn’t easy, and it’s only possible after you properly execute the first two goals in the article.

Goal #4: Defend Your Beliefs After Understanding Theirs

This goal transcends competitive Magic, making it all that much more vital to work on. 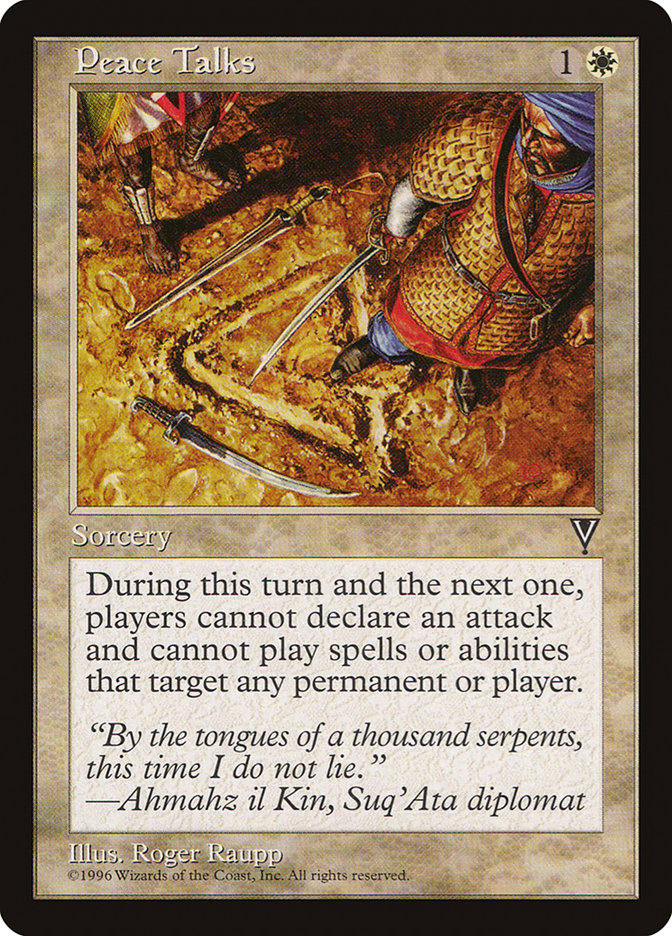 Knowing the correct thing to do is important, but when disagreements occur, the “whys” become much more important to understand. For example, why do people think it’s not correct for them to play Temur Energy? You can simply believe they’re wrong, or you can ask them. You can try to understand why they think that way and possibly find something to internalize from the conversation, even if it’s just to not do the thing they do in the future, like fearring mirrors. When disputes in our community come up, maybe some time should go into figuring out why people have opposing viewpoints.

Your ideas are important, but they do not supersede others’ opinions simply due to not being yours. This applies even if you’ve been correct more times than not in the past with the individual, or the topic. There’s a chance you’re wrong. There’s a chance you’re not. The truth will be easier to identify if you know where they’re coming from. Understand their ideas then proceed however you deem worthy. The dialog will help both parties.

No one wants you to be right when you start by telling them they’re wrong.

Sadly, not everyone is willing to do this. Some just need their opinions to be respected, but that’s not your burden or your fight. If someone is not willing to hear your opinions, just move on without inflaming the situation. It’s their toxicity, but your choice to be infected by it. 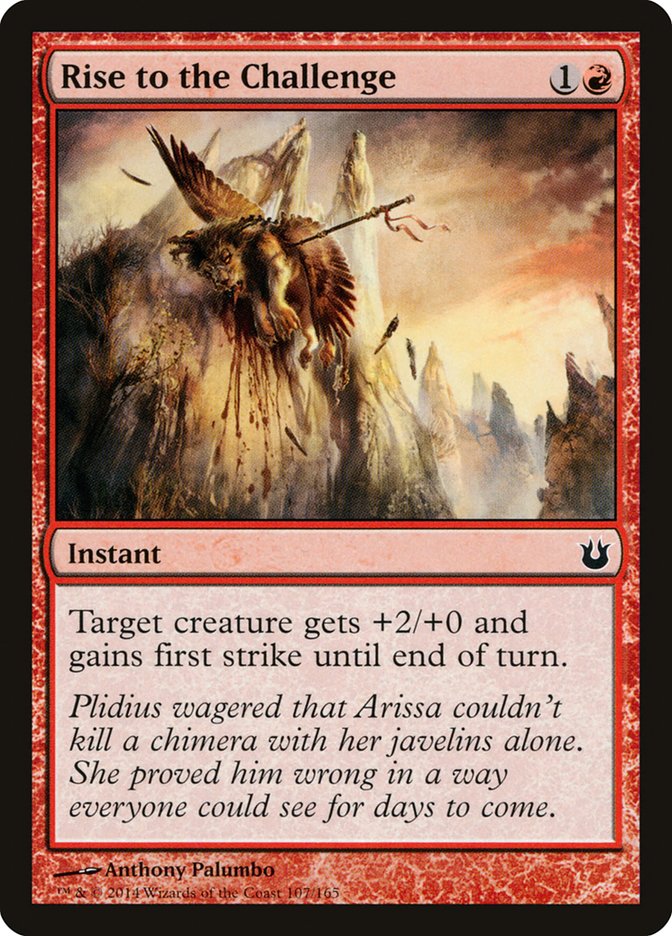 In the end, all four of these goals merge into one major task: be open to more ideas and possibilities. Don’t get rigid in your beliefs, and always be willing to be wrong. Almost get excited at the possibility you’re wrong and thus get to improve in some way, and be willing to improve however possible. Those unwilling to understand additional viewpoints will have the most difficult lives.

Perception isn’t like riding a bike. You have to constantly keep re-learning things so that your foundation for decision-making doesn’t end up tainted and outdated. Always be aware that there’s something you could get better at. Always be willing to get better.

Always be willing to set a new goal.