One’s choice of basic lands is among the most personal in Magic.

For some folks, it doesn’t really matter; they’ll grab the first copies at the draft station and be done with it. I’m on the opposite end of the spectrum and flat-out refuse to play basic lands for which I don’t own the original painting used to illustrate it, a quirk I’ve written about previously.

But what if you’re a fan of rarities and showing off your collecting reach? Well, it’s time to open up your bank accounts, because here’s the lowdown on Magic’s most expensive basic lands.

Note: any prices I list are current as of the time of writing. StarCityGames.com may sell out of cards and will raise and lower prices as part of the normal course of business. 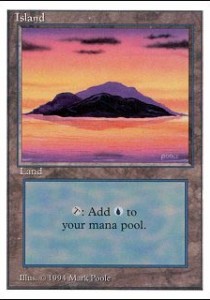 Believe it or not, the most expensive cycle of basic lands has white borders. Take that, haters!

Jokes aside, Summer Magic was printed in the (Northern Hemisphere) summer of 1994 to fix some problems with Revised Edition. (Summer Magic boosters all say “Revised Edition,” as seen here.) Trouble was, Summer Magic introduced problems of its own, like making the borders of Hurricane, a green card, blue instead. Wizards of the Coast decided to recall and destroy all the Summer Magic product ever printed. Only about 40 booster boxes’ worth slipped through the cracks, and every Summer Magic basic land in existence was once a common opened in one of those boosters.

And that’s how you get white-bordered Islands selling for $600 each on StarCityGames.com. 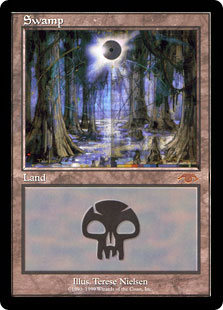 The GURU basic lands were given out from mid-1999 to early 2001 to experienced Magic players who signed up as “gurus” and taught new players the game. Through a coupon scheme, whenever a guru got a newbie to buy Magic product and use their coupon to do it, the guru scored one or more GURU basic lands. The short duration of the program meant that not many GURU basics got handed out, and that GURU Swamp up above will cost a cool $250 per Near Mint copy. 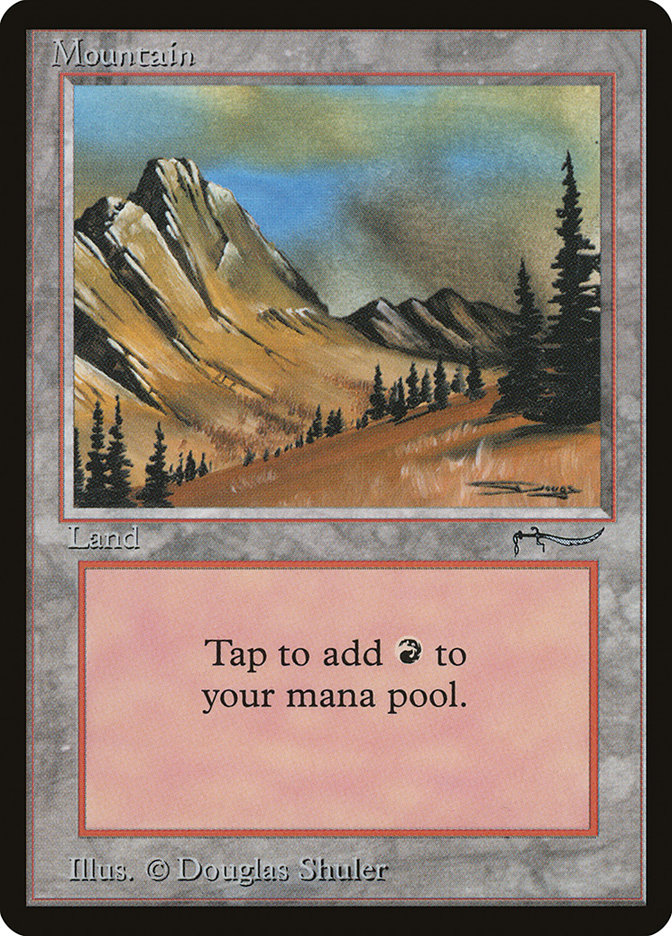 Arabian Nights, Magic’s first expansion, wasn’t supposed to have any basic lands printed in it. But one Mountain got missed for the set’s initial run, thereby making the Mountain the single most printed card in Magic.

If you’re looking for a signature Mountain style, Patrick Sullivan’s already claimed this one. But if you want to be like him, StarCityGames.com is sold out at $100, and I have to imagine you’ll be paying more when SCG gets them back in stock.

The first three entries above have age and rarity on their side, but what the Judge promo foils lack in age (they weren’t around when I wrote “The Basic Land, Beyond the Basics” more than five years ago), they make up for in beautiful art and “ooh, shiny” factor. Boasting the full-art layout pioneered by Unglued and evocative art by fan favorite Terese Nielsen, who also did the GURU basics, the Judge promo foils made a splash on their debut in 2014 and remain popular. SCG’s sold out of Near Mint copies of the Judge promo foil Forest, but a Played copy is yours for a “mere” $105. 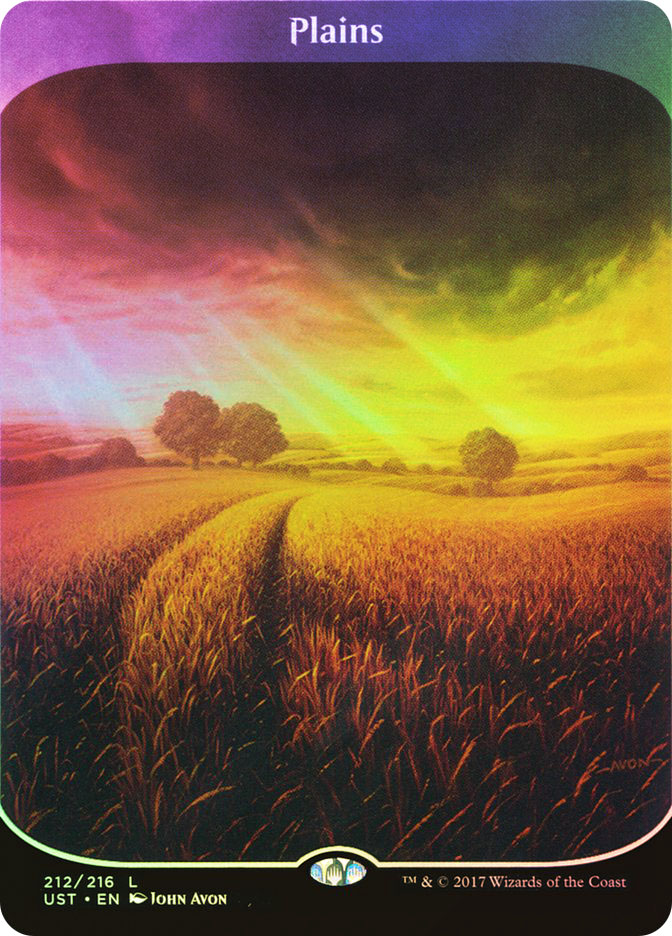 Literally the newest basic lands in Magic, the Unstable foils have already rocketed themselves into contention for the last spot on the Mount Rushmore of basic land cycles. With amazing full art by fan favorite John Avon and a unique borderless appearance on the sides, the foil Unstable basics also have novelty and the rarity of a set still being opened on their side. Expect to pay $60 each for your foil Unstable Plains in Near Mint condition.

The foil Unstable basics are the new hotness, but will they last in their spot? Other printings lie just below the Unstable foils in price. Foil Unhinged basics, the original full-art foil basic lands, are all but sold out on StarCityGames.com, with the Island sold out at $80. The most popular APAC and Euro promo basic lands sell for upwards of $30, such as the “Sunflower” Plains, the “Venice” Island, and the “Mt. Fuji” Mountain, and those prices only look to increase as Magic continues to stay away from depicting real-world locations. 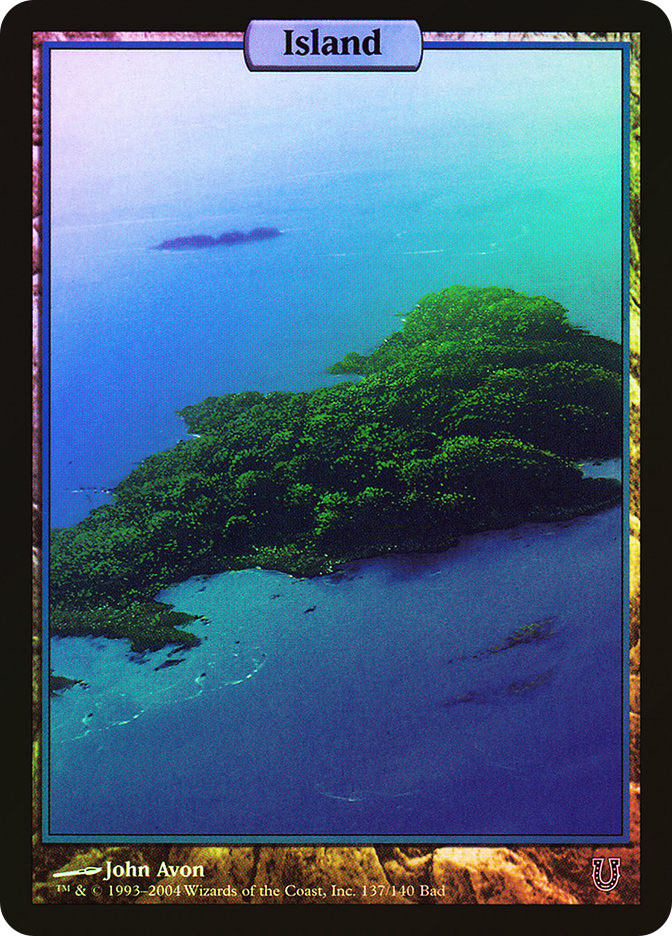 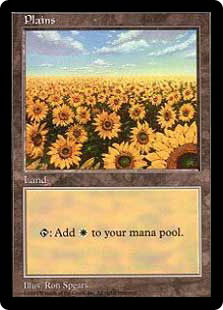 Just remember: a night of clubbing vanishes with the dawn, but you’ll be searching for that GURU Island you run as a one-of basic in your fetchland manabases for years to come.