I arrived at singleton copies of these “normal” cards by starting with more copies. Then trying the deck with zero copies. Then I tried everything in
between.I don’t always play just one of the above cards, but for the tournament I registered for, one was the number I was happy with.

Seeing a one-of of a card that you’ve been trained to know is a definite four-of leads to a natural reaction of dismissing the deck as untuned and
untested. It looks sloppy.

“1 Ponder, 1 Spell Pierce, 1 Stifle, 1 Wasteland? That can’t be right. That deck isn’t real. Maybe after someone gets the numbers
right I’ll take it seriously.”

Fortunately I’ve been largely immune to how my decklists are perceived. I actually find that drawing a larger range of possible opening hands to be pretty
interesting. Magic gets boring when every game plays out the same. Take Mono-Black Devotion versus Mono-Blue Devotion from last season as an example.

My favorite question to ask people when I see a four-of in their deck that they’re thinking about shaving is “If you could play more than four of this
card, how many would you play?” If the answer isn’t five or more, than there is a reasonable chance that playing exactly four isn’t the right number.

Why do people play so many four-ofs?

It looks neat and clean. It’s easier to fill out a decklist. People want to consistently draw the cards that they put in their deck. People have their
reasons.

So what are the benefits of one-ofs? 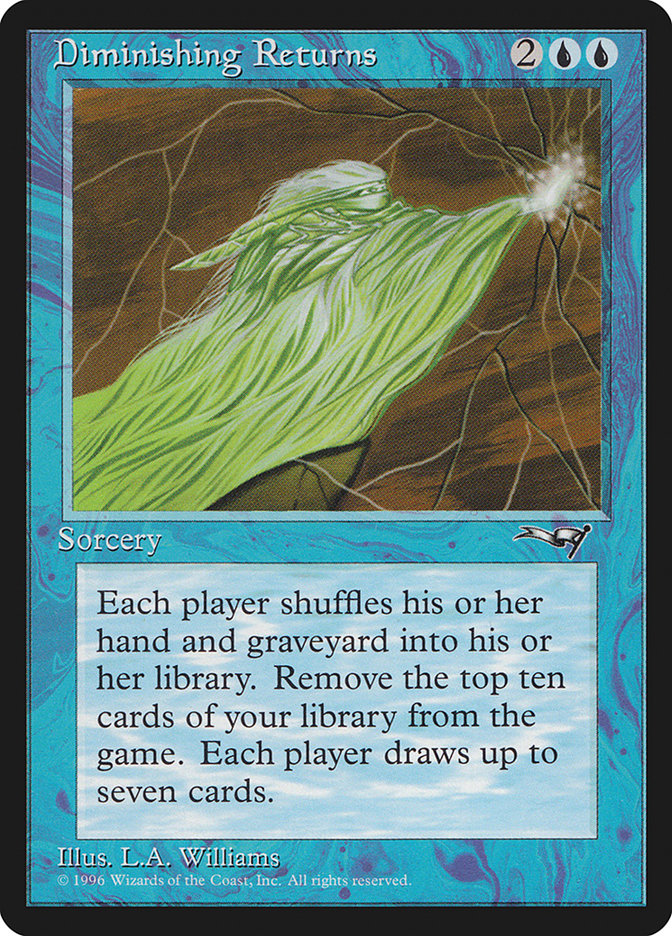 The same goes for Force of Will. The first will enable you to counter their best card, while the second may put you down too many resources to have much
game. It’s also a card that gets stranded in your hand when you’re down on resources and without another blue card in your hand. It took awhile to break
away from four Force of Wills being a starter but three-ofs are becoming more commonplace in decks such as Deathblade in Legacy.

Drawing a redundant copy of a legendary card will leave the second copy stranded in your hand until the first copy leaves play. Often, the legendary
creatures and planeswalkers are so good or crucial to the deck’s strategy that you want to draw them as often as possible. Also, if the card is so strong,
your opponent must answer it immediately or likely lose. In that case then playing four of a legend like Polukranos, World Eater becomes reasonable.
However, when more cards are printed, and it becomes less clear that one legendary bomb is better than another, it comes down to asking yourself this
question:

Would you rather draw two of this card? Two of that card? Or one of each?

Maybe you prefer to draw one Sorin, Solemn Visitor and one Polukranos each game in your Abzan Midrange deck. If your four-drop slot can’t afford to be
clumped too much then a 2-2 split might be better than four of either.

Why does Miracles play a split of Red Elemental Blast and Pyroblast? Won’t one just be better than the other? 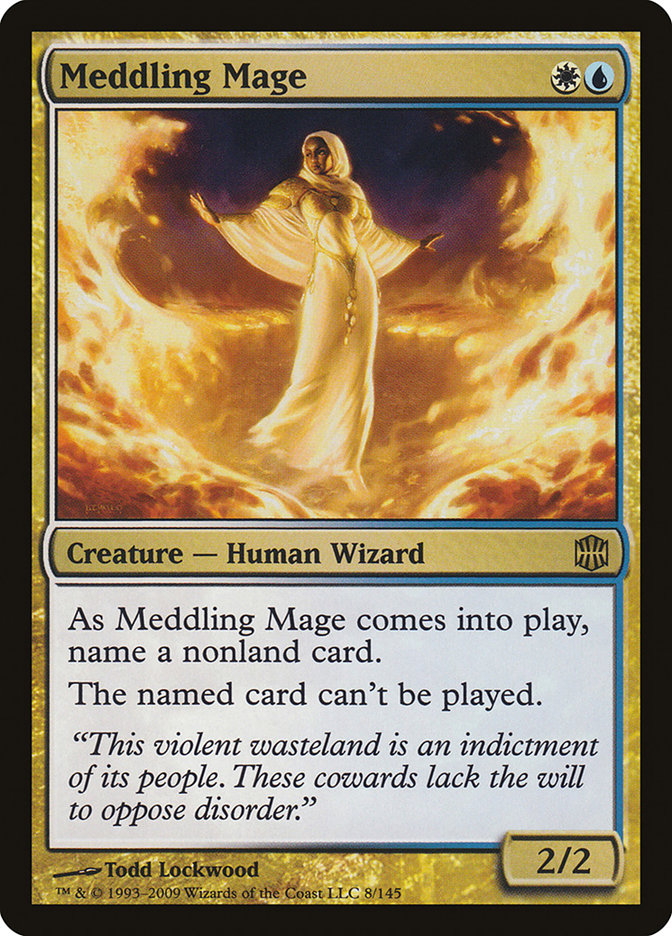 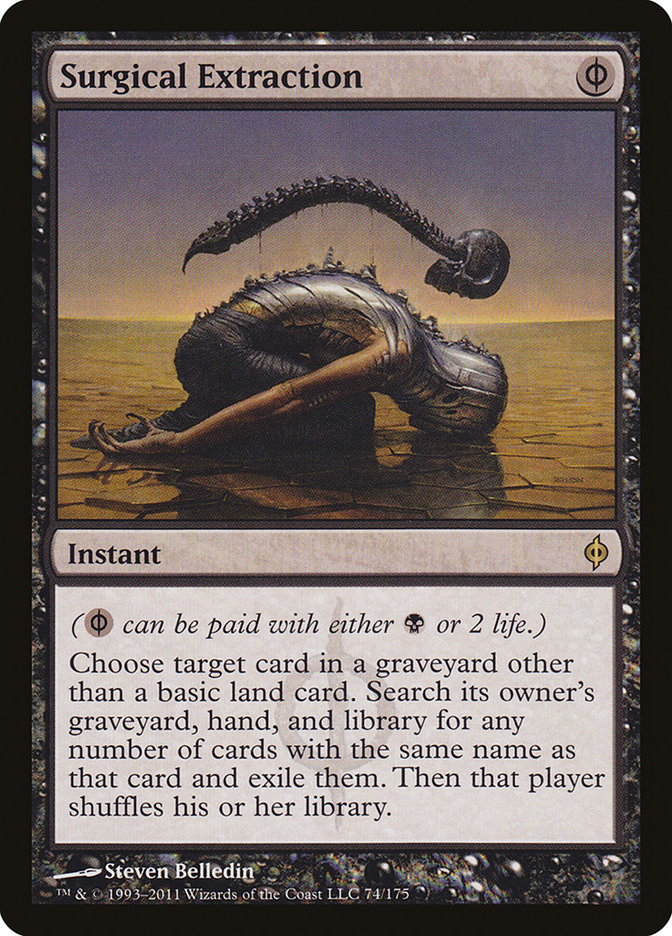 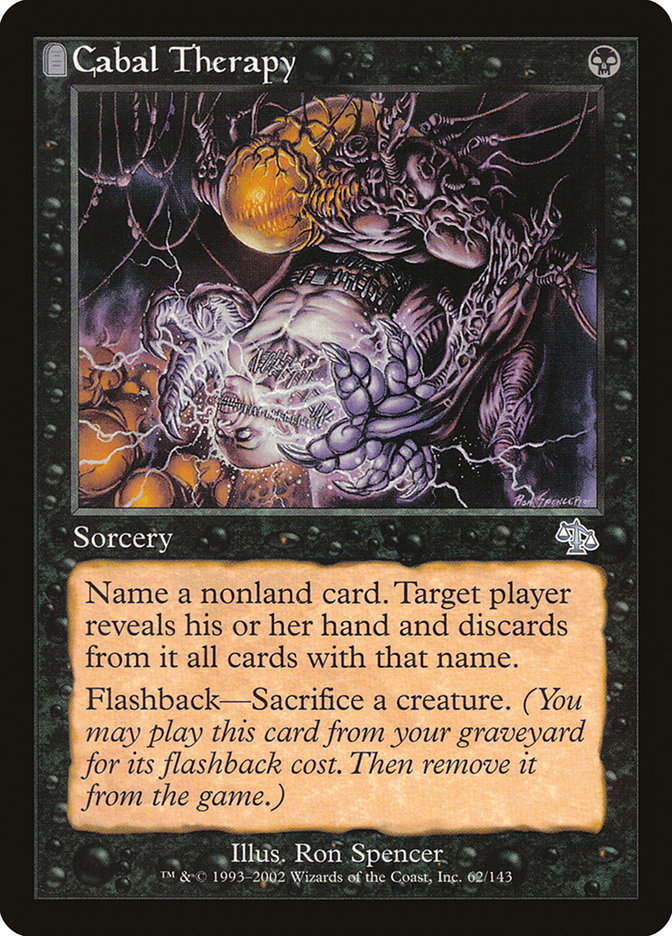 During Round 13 of the Season Two Invitational, I was paired against Sam Pardee. People
always ask me why there are always a few copies of Necropede laying around in my sideboard. In game 2 Sam played a Meddling Mage naming Blighted Agent, and
I ended up winning with an infect insect instead.

At the Season Three Invitational, I had opponents playing around the “one-of Stifle” when it wasn’t even present in my 75. Fetchlands would get cracked
immediately reducing the potency of their future Brainstorms. Similarly, people tend to fetch up basic lands because of the one-of Wasteland at the cost of
having awkward mana in the midgame. Sometimes even the threat of a one-of is enough to change the way people play against you.

Detention Sphere has just rotated from Standard, but we still have Bile Blight.Mono-Black Devotion has yet to prove to have the tools to make it through
rotation, but Bile Blight will still see play in decent numbers. When playing against a deck with a card that punishes you for having the same name of a
permanent already in play, I tend to shave my four-of creatures down to three each to soften the likelihood of a potential blowout. If there’s a metagame
where those cards are running rampant, I design the maindeck to have more three and two-ofs. It looks strange, but it works.

With Mono-Black Devotion we saw Hero’s Downfall be the only removal spell that people really didn’t mind drawing multiple copies of. Because of its
versatility, Hero’s Downfall was great in all matchups and against all creatures. It was a bit slow sometimes though, so the big question was what two-drop
removal do you pair it with?

Sometimes Mono-Black Devotion branched into more colors for Abrupt Decay, Golgari Charm, Banishing Light, or Dreadbore. Versatility is good but so is
efficiency. The two-mana removal spells either gave enough time against fast starts or allowed you to cast two spells more easily on crucial turns. With
all the games played with Mono-Black Devotion over the past year, a clear best two-drop removal spell ought to rise to the top, right?

Drawing one dead card can be overcome, but drawing two is way more devastating

No one likes to mulligan to six, but it’s not the end of the world. Five is where you feel your chances of winning drop significantly, and four is where
you reach the territory of unwinnable. This is referring to generally fair decks as opposed to decks that are designed around drawing a specific card, like
Bazaar of Baghdad.

When you can afford to have a single dead card but not more, it’s best to play a range of removal that leaves you in a position to never be completely out
of any game.

Some cards walk a fine line between game winning and complete blanks.

At Grand Prix Minneapolis 2010, I played a Spell Pierce and a Hedron Crab in my U/G draft deck on day 2. Both cards were very strong when cast within their
small windows of opportunity. Hedron Crab on turn 1 was sometimes a win condition, and there were some great spells to tag with Spell Pierce. The problem
was if you weren’t at the right place at the right time, those cards did next to nothing. But I had two copies of this guy: 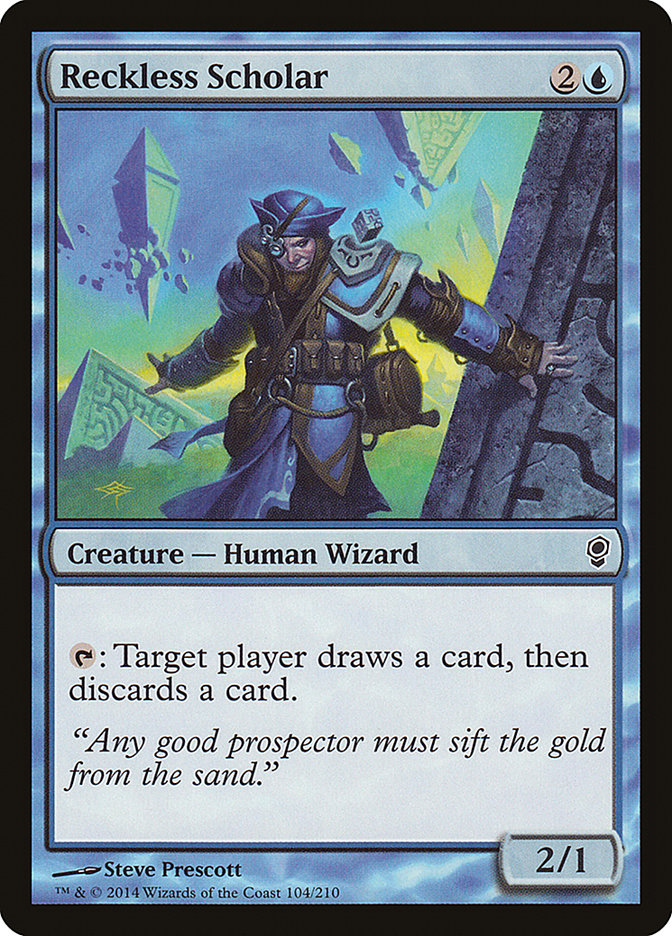 “Wow, your deck is stinky!” – Cedric Phillips, Draft round 2 opponent. [CEDitor’s Note = It was!]

Khans of Tarkir has a card much like Hedron Crab in Altar of the Brood. I don’t recommend playing this card, because it may or may not win you the game if
cast on turn 1 and will very likely not do enough if drawn later in the game. However, if you have cards like these it may be a different issue.

When your deck can filter away your high-impact cards that aren’t useable at the moment then the value of having such a high variance card goes up. In
Constructed we see examples as well.

I’m talking about Thoughtseize + Pact Rat in the sense that Thoughtseize is a great turn 1 play when the deck otherwise had none, and that Thoughtseize
does nothing when you’re about to die or your opponent has no cards in hand. Pack Rat was not only an obnoxious way to lose but a tool to bridge the gap
when you couldn’t make optimal use of your spells, whether it be Thoughtseize, a dead removal spell, an extra Swamp, or an uncastable Elspeth, Sun’s
Champion.

Attacking from a Different Axis

Keranos, God of Storms is a great example of this. People can’t really afford to play something incredibly efficient against it like Deicide when it’s the
only enchantment in your deck. If they do, they’re essentially drawing a blank whenever you don’t have Keranos. Sideboarding in Umezawa’s Jitte also works
to great effect in Legacy. The goal is to put your opponents to the tough decision of leaving themselves vulnerable to losing to the card versus losing by
drawing an irrelevant answer to a card that may not even be in your deck.

A long time ago, back when I was on the Pro Tour, I presented Brad Nelson, Luis Scott-Vargas, and our team with a Naya deck with a slew of numbers that
raised quite a few eyebrows. It wasn’t until they saw the deck as a proven contender through a couple days of playtesting that the numbers made sense to
everyone.

Then, by the end of the season the numbers looked like something you’d find out of an event deck.

This is the final Boss Naya version of the season that I ended up winning one of the last PTQs for Pro Tour Amsterdam with. As wild and untuned as the
numbers look, it was a creation of countless hours of playing the deck and trying all possible combinations of cards.

How Do I Arrive at These Numbers?

For testing purposes I initially like to run four of each card so I can immediately get a grasp on the core of the deck. After that, I stick a bunch of
one-ofs of all the cards that I think would also be role players. You don’t have infinite time to playtest, so I like to get a little experience with
everything.

Large tournaments like Pro Tour Qualifiers, Grand Prix, Open Series events, and Invitationals aren’t always exactly the time or place to be adding
singletons unless you’re already very familiar with your deck. However, those larger events give a ton of competitive play experience, and if you want to
change your deck up with something unexpected that’s off of peoples’ radar, that may just be the time to pull that trigger.

Try not to play last week’s list card-for-card, but instead play something you know with some spicy one-of updates. When they see something that stands
out, there’s no telling how they’ll react. They may oversideboard or otherwise play around a card you may or may not even draw in future games.