If you’re looking to preregister for the event, look no further!

The number one question we’ve been asked about Grand Prix New Jersey? “Are you really expecting 5,000+ players?” And the answer is yes, we are preparing to
have a record-breaking attendance at Grand Prix New Jersey! We’ve rented the entire New Jersey Convention and Exposition Center. This is over 150,000 square feet of space, so we have plenty of
room for anyone who wants to attend the event.

In fact, we (SCG) are taking some unprecedented additional steps to make sure that this event is well-run, fun, and comfortable! Here are some of the
measures we’re taking for Grand Prix New Jersey: 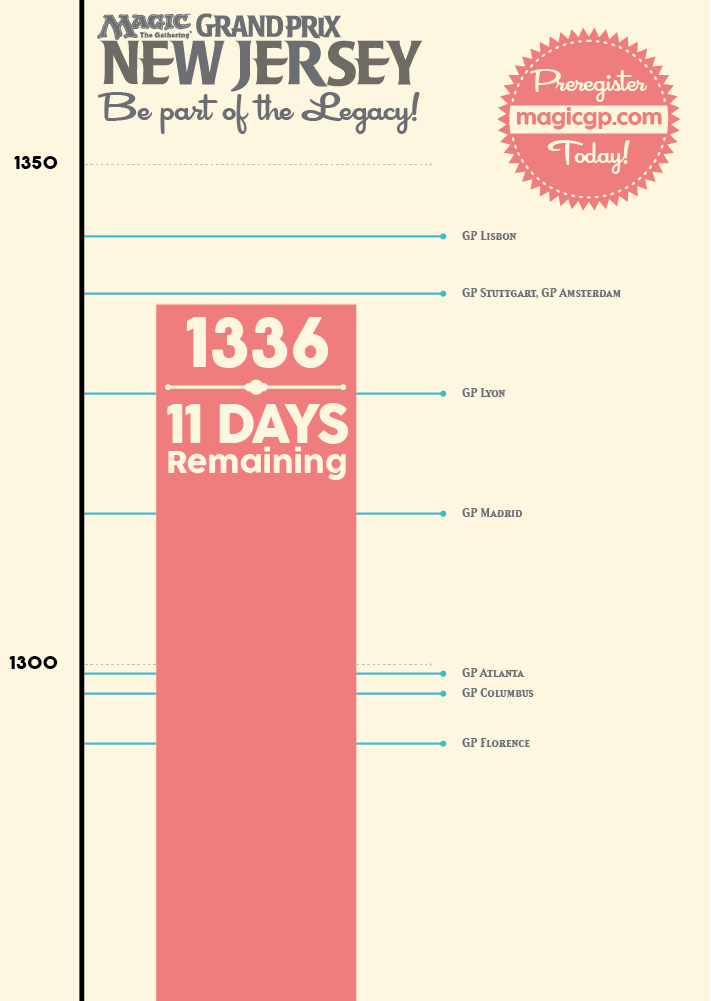 Right now, we have 1336 players preregistered for Grand Prix New Jersey. This might not sound like a lot against our final expected number, but let’s
compare this to Grand Prix Richmond.

Grand Prix Richmond had 1141 Players preregistered 12 days out from the main event. 4304 total players attended (26.5% of total attendance preregistered at this
point).

So if preregistration trends hold true, we’re looking at around 5,200 players for the main event in New Jersey. I expect this number to be higher! Over the
next few days, I’ll expand on everything we’re doing to make Grand Prix New Jersey an amazing event!