All week I’ve been banging my head against the wall trying to figure out if it’s possible to make this deck good. For those of you who have been following my stream, you know what I’m talking about. For those who haven’t, for shame, but let’s catch you up to speed:

With the previous version of the deck being mono-red, I felt like we could afford a splash to try to make the deck more powerful as well as to gain an edge in the G/R Aggro matchup. 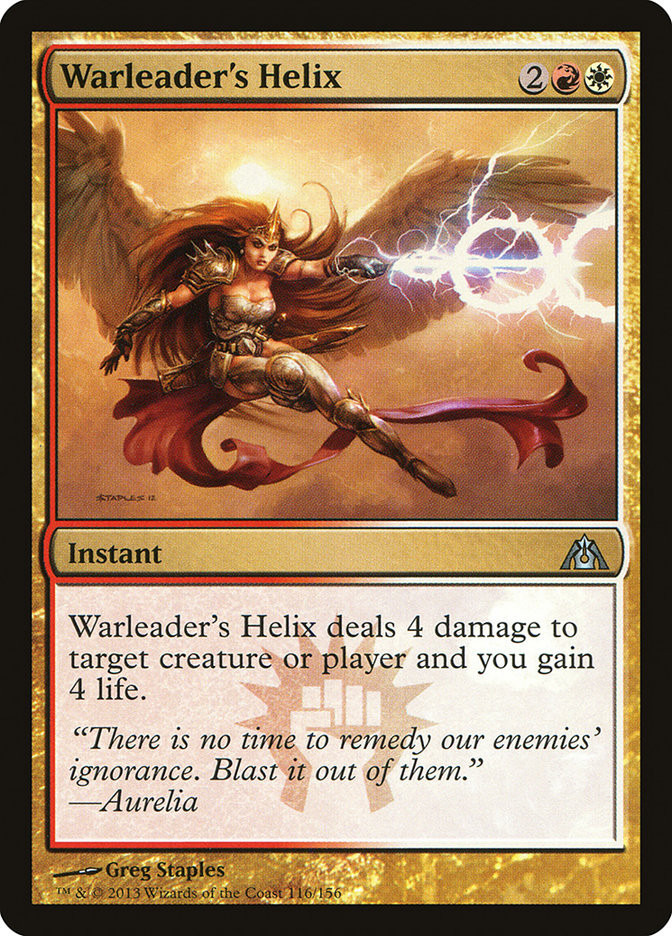 The first new addition was Warleader’s Helix. This brought multiple things to the table for this deck, and I was pretty excited to play with it in this style of a deck. We haven’t really seen Warleader’s Helix be taken advantage of all that much. U/W/R Flash normally plays one or two since being able to flash it back with Snapcaster Mage is a pretty sick feeling, but here it works on a different axis.

First off, it’s another four-damage spell that we get to augment with Chandra, Pyromaster’s +1 ability and our one-mana burn spells. This allows us to team up and kill things like Thundermaw Hellkite while partially negating the life loss from the threat having haste. It’s also a good way to pressure planeswalkers when we need to, and going to the dome for four damage is huge, as I’ve raced a number of decks with Warleader’s Helix.

The most important part of having Warleader’s Helix in our deck is that it makes Chandra’s ultimate an actual threat. Because most people think the most we can do is nine them with Searing Spear, a lot of people undervalue the ultimate on Chandra, Pyromaster and just let her live, especially if you’re just ticking her up every turn and not “drawing” an extra card with her.

Being able to dome your opponent for twelve is pretty big game and lets you play to a point in the game where you can ultimate a Chandra and kill your opponent when they thought they were unreachable. This usually happens after a Thragtusk or a couple Huntmaster of the Fells have resolved. “I’m at seventeen, so what’s the worst they can do?” Then you Thundermaw them for five and ultimate Chandra, Pyromaster for twelve, and that’s the game boys.

I’ve been extremely happy with Warleader’s Helix, and it definitely warrants the white splash, but it doesn’t come without a price. The format is aware of Burning Earth. Jund and U/W/R Flash are now including a smattering of basic lands, and they are sideboarding in the proper hate for it: 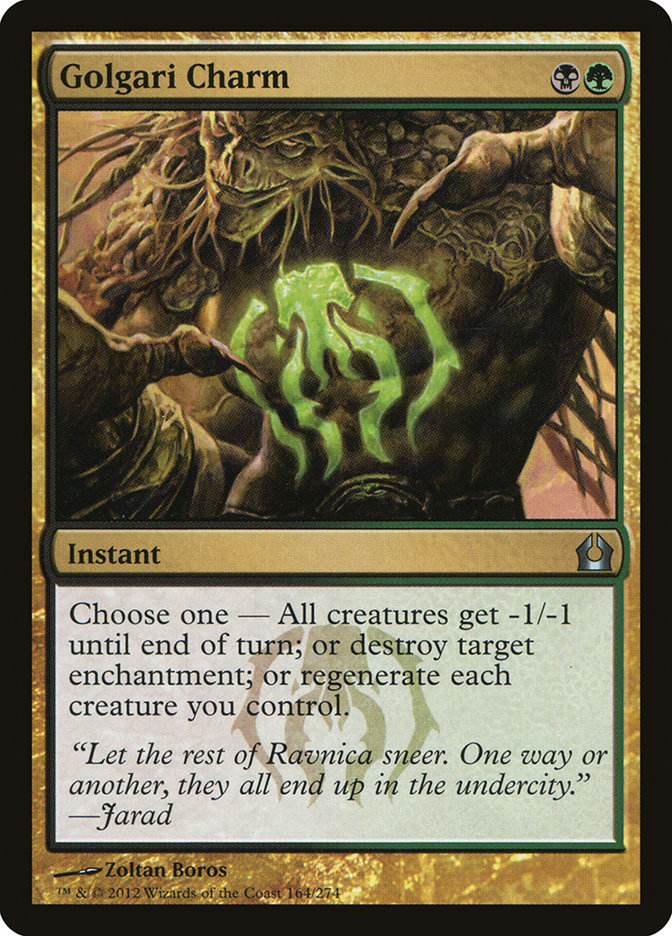 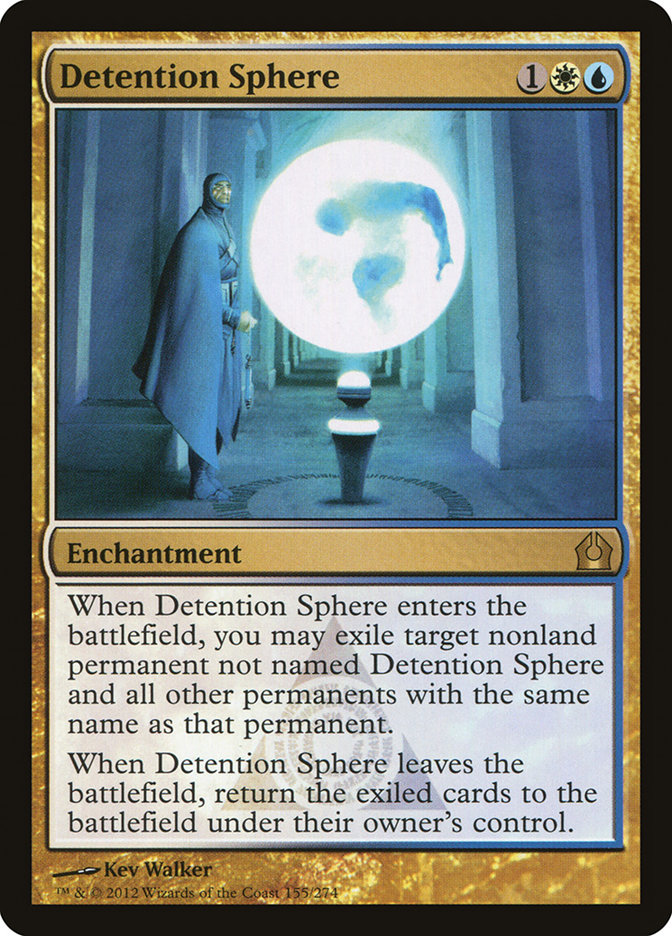 There’s also the simple fact that a lot of people are moving to two-color decks to avoid the hurt being put on them by Burning Earth. All of these factors combined led me to move it to the sideboard. I’m honestly not sure if it’s even correct since the main selling point to play this deck from the beginning was that it can abuse Burning Earth in the maindeck, but now the world is ready for us.

The other white card in the deck is a powerhouse currently: 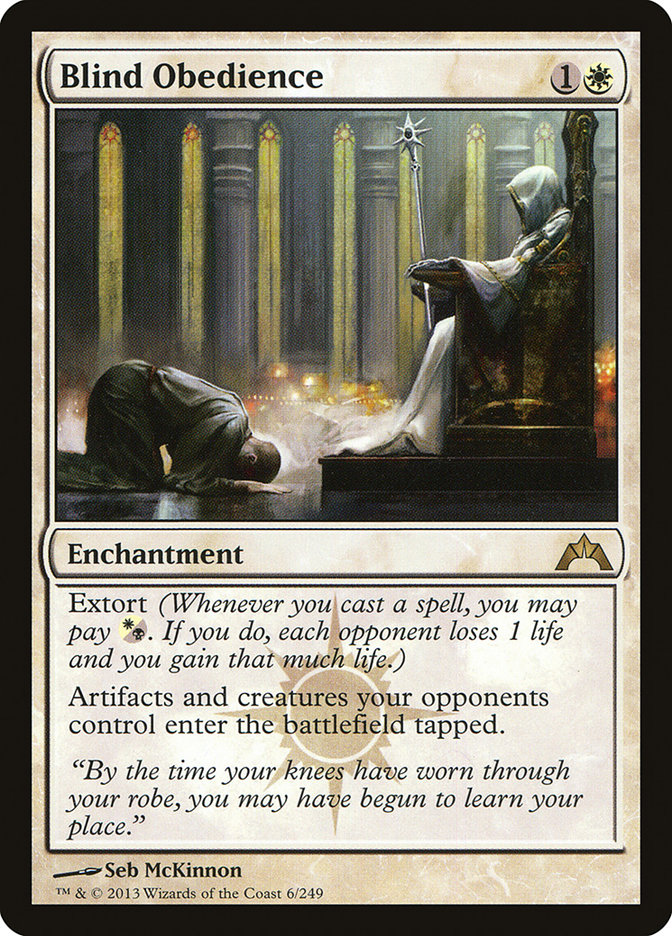 This card singlehandedly shuts down G/R Aggro, which is the other primary reason I wanted to move the deck to R/W and try it out. Kibler’s G/R Aggro deck is a nightmare for this deck, and it’s due to the precise nature of the way it was built.

G/R Aggro was designed to play the best threats at every point on the curve. This gives its pilot the optimal chance to produce the best threats that they can and puts all the pressure on the opponent to have the right answer for the threats that they are throwing at them. This is a huge problem for us because while we do have answers for these threats at different points on the curve, they don’t really line up well due to the haste ability on everything and the undying on Strangleroot Geist.

We want to use our one-mana removal spells on their one- and two-drops, ultimately hoping we can save the Pillar of Flame for Strangleroot Geist, but if they have an Arbor Elf on turn 1 and all we have is a Pillar of Flame, we have to kill it. This is my current mindset, although it could just be wrong and we need to wait for Strangleroot Geist. If we let the Arbor Elf live, though, we are threatened with a Domri Rade on turn 2. I’m definitely going to play a bunch of games this week and just let the Arbor Elf live in this matchup and handle everything else they throw at us, but I have a feeling it’s wrong and my assessment of the matchup is proper.

We do have Searing Spear in addition to our one-mana removal, but this card is playing double duty against Flinthoof Boar and Hellrider, the latter being a huge pain since they’re usually able to get in sufficient damage before we can stabilize that Hellrider puts the game out of reach.

Blind Obedience helps us fight the upsides of G/R Aggro. If we take away the haste portion of all their creatures, we get an extra card (our draw step) to find the right answer for each threat that they deploy, which puts us in a much better position than before and allows Chandra, Pyromaster to continually tick towards a game-ending ultimate.

Playing the white doesn’t come without a price though. Our own Burning Earths can be pretty miserable, even in the matchups where they are supposed to shine, due to us having thirteen nonbasic lands. We also have to take some damage sometimes from our Sacred Foundrys. I’m happy to report that the single Plains hasn’t been any issue as of yet since it allows us to cast Boros Reckoner and we have enough red sources that we aren’t cutting ourselves short.

I spent all of last week playing this deck with the hope that it would feel right for the StarCityGames.com Standard Open in Baltimore this weekend, and unfortunately it’s just not there yet. I don’t doubt that someone could Top 8 with the deck, but I’m on the fence between playing it or not.

This deck has a few holes in it in addition to being soft to G/R Aggro.

1. Desecration Demon is a pain in the butt to get rid of. A lot of games versus a Desecration Demon come down to sacrificing a Chandra’s Phoenix every turn and rebuying it with Chandra’s +1, hoping that they don’t have a removal spell for it before we get to ultimate our Chandra. Not a very good place to be I’d say.

2. Trostani, Selesnya’s Voice and Tree of Redemption are getting more and more play, and both of these cards are a huge beating for us. Without something like Doom Blade or Dreadbore to straight-up kill these big-booty monsters, they quickly take over the game, gaining a billion life and putting a win out of reach.

3. We know all too well just how good Thundermaw Hellkite is, and it’s just as good against us sadly. We can piggyback off Chandra’s +1 with a Mizzium Mortars or a Warleader’s Helix to kill one, but that’s about it outside of expending numerous resources to take down a single 5/5 flier.

This all said, I’ve come to a conclusion about Standard, and I’m sure many others have. There is currently one card that is extremely well positioned and plays very well against the majority of the field. 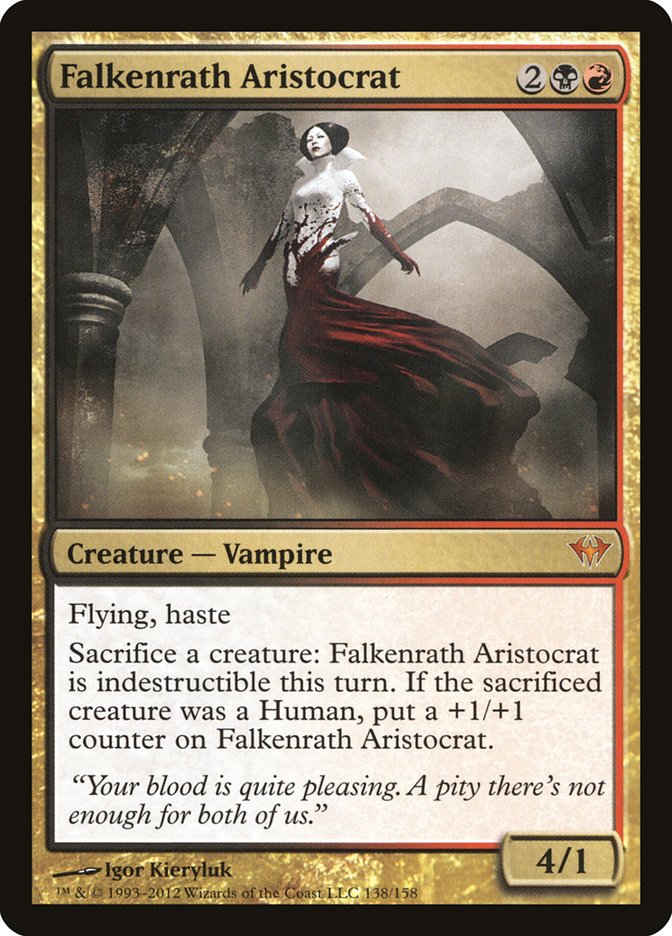 Falkenrath Aristocrat lets us pressure our opponents in much the same way that Thundermaw Hellkite does but at one mana cheaper, and its primary foil, Lingering Souls, has been pushed out of the format; if there were ever a week to capitalize, this week is it. I wrote about a Zombie deck a few weeks back and got some great feedback. Here’s where I’m currently sitting.

It was made loud and clear previously that Blood Artist is the superior two-drop to go along with Knight of Infamy. We have kept most of the standard one- and three-drops intact, but I’ve gone with Falkenrath Aristocrat over Thundermaw Hellkite in the main and reduced the number of Hellriders down to two copies. This slims down our color requirements a little, which lets me give Mutavault a try.

I think playing more Cavern of Souls than Mutavaults is correct though. Mutavault plays very nicely with Gravecrawler, but we want to be casting Geralf’s Messenger on turn 3 every single time we have it. Geralf’s Messenger is just that good right now. Since everyone is aware of Lifebane Zombie and is building their decks with that in mind, Geralf’s Messenger’s stock has risen. Messenger dodges said Lifebane Zombie and trades its front half with most creatures. There are still some Pillar of Flames out there, but if it lives we are so far ahead in most matchups that it’s silly, not to mention we have many other appetizing Pillar of Flame targets.

I wouldn’t be surprised to see a Falkenrath Aristocrat deck do very well this weekend, be it B/R Zombies or something along the lines of The Aristocrats: Act II deck that Brad Nelson championed many moons ago.

Building a sideboard for a deck like this can be a little challenging since we have so many awesome options for cards to bring in against certain decks. I still like a split on Thundermaw Hellkite and Electrickery against the Lingering Souls decks. We want some hard removal for Trostani, Selesnya’s Voice; Tree of Redemption; and Archangel of Thune. Doom Blade and Dreadbore perform admirably. I like having a 25th land in the sideboard to bring in along with our five-drops when we want them, and we even get to make that land a Mutavault. Appetite for Brains plays a similar role to Lifebane Zombie but gets online a bit quicker and can take a troublesome planeswalker like Jace, Architect of Thought or either of the Garruks.

All in all, I think that the Zombie deck is pretty well positioned, but in the same vein, G/W Trostani might be as well. Being on the opposite end of the spectrum, the G/W Trostani deck is a huge beating against any of the aggressive decks or any deck trying to race the G/R Aggro deck while still being able to grind out games against Jund. Its biggest downside is that it’s really soft to Supreme Verdict decks.

That’s all for this week folks. I’m fighting a bit of a cold, so there is a chance that I might not be streaming this week, but if I do feel better, be sure to come hang out with us. I might even be able to persuade a Sir Brian Braun-Duin IV to come hang out and say hello.