What Does Loyalty Mean?

The majority of the planeswalkers in this set do not have abilities that increase their loyalty. The only way to increase the loyalty of the uncommon planeswalkers in War of the Spark is by proliferating. This provides a complex texture to combat, where there’s tension between attacking a player versus a planeswalker. Some planeswalkers will have simpler play patterns and heuristics than others, but slim-to-none will be trivial. And these patterns change depending on their amount of loyalty at the time. 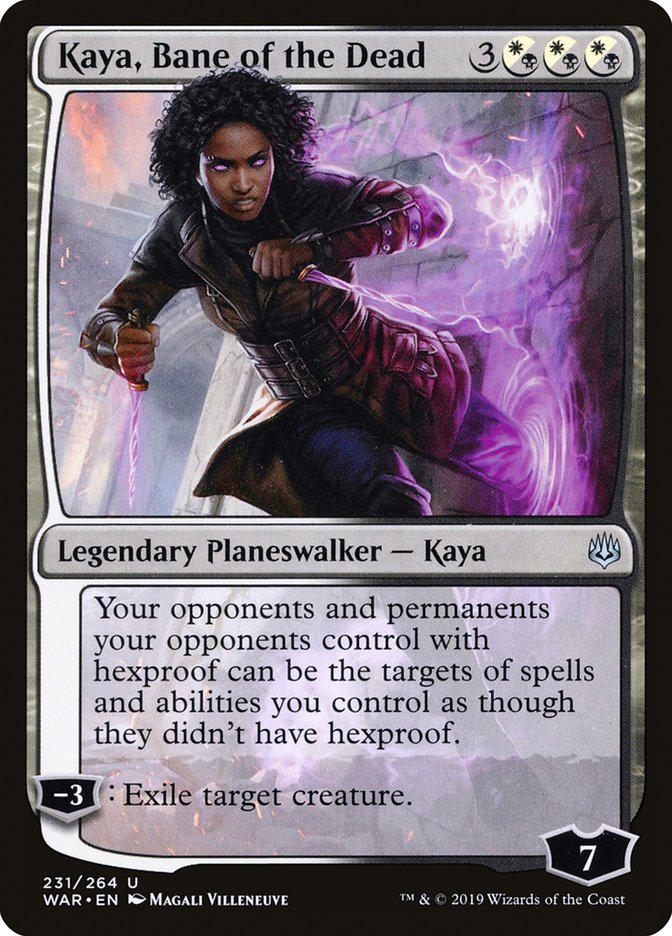 As long as the format isn’t blisteringly fast, Kaya, Bane of the Dead will be a highly impactful uncommon. If she comes down uncontested, she’s a clean two-for-one.

But the puzzle of attacking Kaya isn’t as straightforward as it looks. Kaya’s static ability is pretty much flavor text. And with Aid the Fallen as a black common I expect many black decks to want, I would rather face down a Kaya on one loyalty than a Kaya in the graveyard. Because of this, if I have a 1/1 creature that can attack a Kaya on four loyalty, it will be better to attack the player such that, when Kaya kills a creature, she stays on the battlefield.

But what if Kaya has two loyalty?

This is a terrifying situation. Proliferate can be tacked onto a variety of cards in the opposing deck and that equates all of those spells to removal spells. This poses a difficult question: If I’m staring down a Kaya at two loyalty and have a 5/5 creature, whom do I attack? Five damage is a lot of damage to miss. If I kill Kaya, I’ve missed out on five damage and my opponent might have Aid the Fallen. But if I don’t, they could just as easily cast Wanderer’s Strike and kill an additional creature. 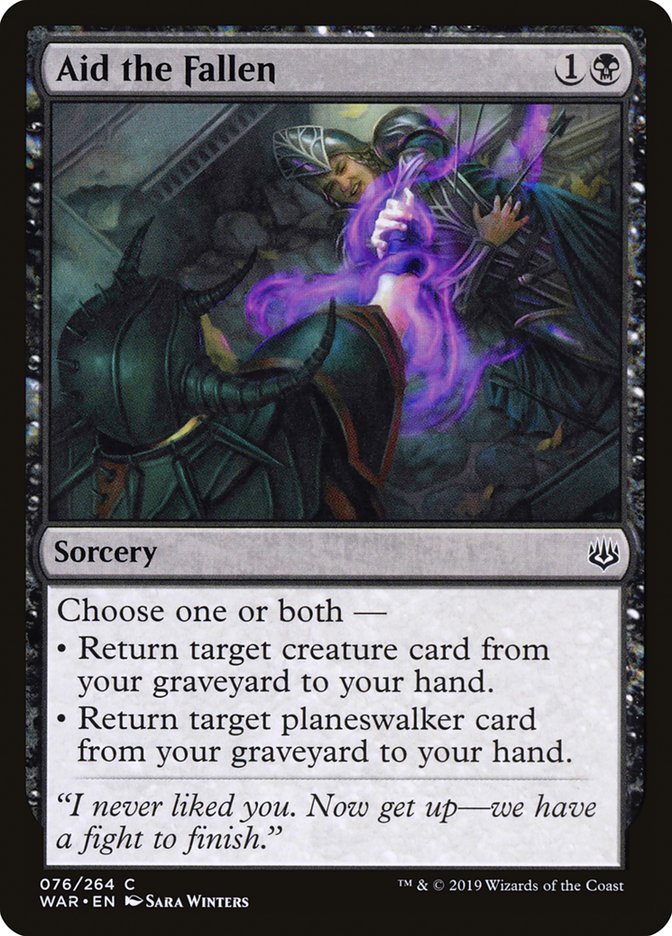 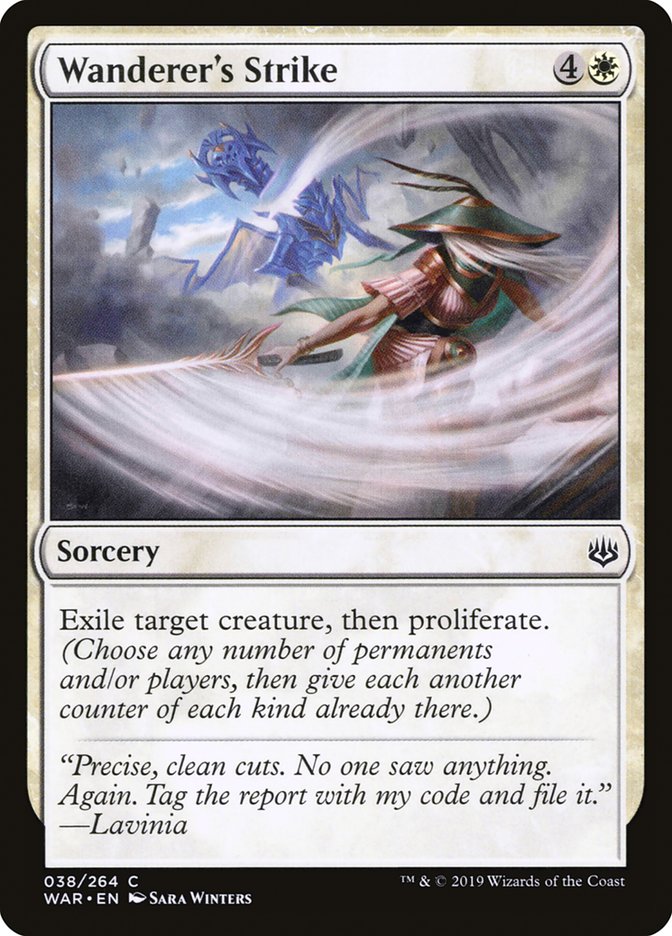 I can’t give you a rule regarding when to leave specifically Kaya on two loyalty and when to kill her. Maybe this decision will be easier once we know the density of proliferate in the set in each color. Two loyalty might be safe against Rakdos, but a must-kill against Selesnya.

The point is that it’s a decision, which forecasts the complexity that planeswalkers at uncommon brings to this format. When you play a match of War of the Spark Draft, you can’t defer to old planeswalker heuristics. Kaya has different optimal play patterns against her at a variety of different loyalties, and she’s one of the easier ones to evaluate because her static ability is irrelevant.

What Matters More? Life or Loyalty?

Once a game of Magic is well underway, combat decisions become intense. Taking two damage means a lot less at twenty life than it does at ten. Similarly, missing out on damage when your opponent is at ten life matters a lot more than when they’re at twenty. Consider the following battlefield. How do you attack? 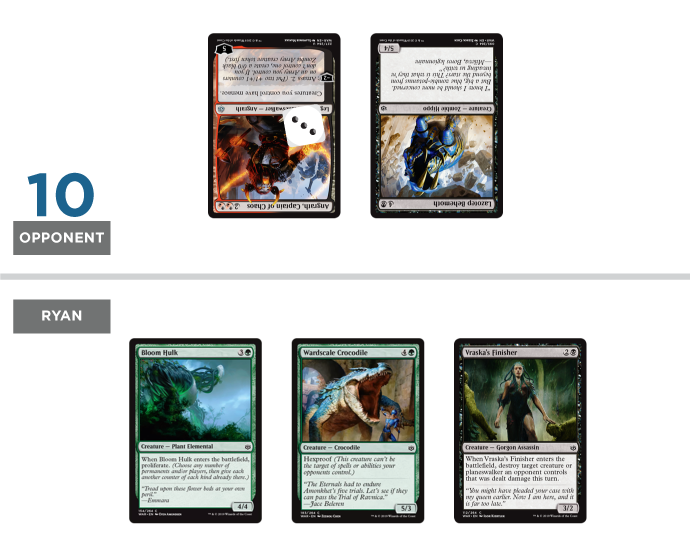 If Angrath, Captain of Chaos is the real problem, ensuring he leaves the battlefield is paramount to success. However, that’s the old planeswalker heuristics talking. Angrath is a good card, but generating a 2/2 creature token and giving Lazotep Behemoth menace doesn’t seem like a must-answer situation. The attack that I would make is to attack my opponent with Bloom Hulk and Wardscale Crocodile, and attack Angrath with Vraska’s Finisher. If they want to preserve their life total, they end up with a clear battlefield at six life. Otherwise, they can be at one life with Angrath and a 5/4 and I’ll lose a measly 3/2.

It will be common in this format to split up your attackers, and how you do that will often be dictated by how much value the damage is worth compared to what your opponent can turn planeswalker loyalty into. The goal of attacking in War of the Spark should be to put your opponent between a rock and a hard place. Their blocks will have a variety of options regarding what to protect and how to protect it. Throwing all your creatures at a planeswalker to remove it used to be the best approach against them, but it won’t be in this new Limited format.