Over the last month, the majority of my articles have focused on the decks I’ve played, as well as the decks I thought were in a good spot to win a lot of matches. But the format is too wide, too expansive, to do anything more than speculate on certain cards and decks. And this close to the Invitational, I’ve virtually locked both decks and all card choices. So what else is there to do?

I know! I’ll write a listicle of all the Modern cards that I wish I could play but are too slow or linear to make the cut. The Modern chopping block, if you will. Now, this isn’t going to be a list of cards that are banned that I think should be unbanned, but instead we’re going to focus on Modern legal cards that have seen a lot of play in other formats, including old Extended and the four-year Extended. Some of these have seen Modern play in the last year, and others were good in an arguably more degenerate format. However, with the direction Modern has taken, both in the last year and throughout its short history, these once-beloved gems are now relics cursed to sit in your “Modern Playable” long box for the foreseeable future. 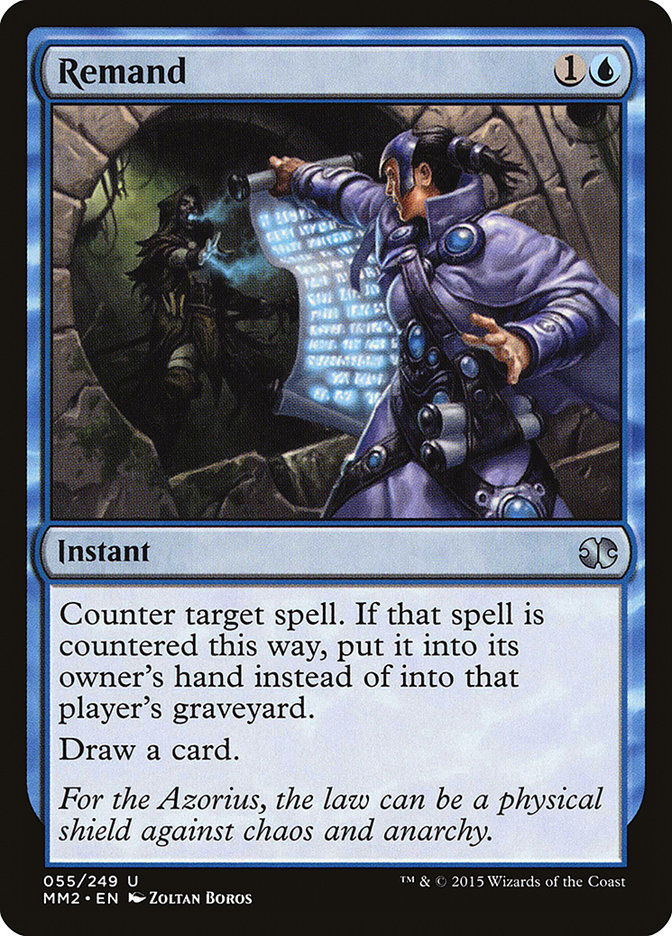 While Remand is still playable on the fringe of the Modern format, it seems like its time has passed. Once a cornerstone of the Modern format, a bane of midrange and control decks alike, Remand is almost useless in a format full of fast, linear decks that have an average casting cost of under two mana. And that’s really the trick: Remand is fantastic when the format features a multitude of decks with an average casting cost greater than two mana.

With Infect, Burn, Affinity, and other combo/aggro strategies that rarely play spells costing more than two mana, you’re not going to get a lot of value from Remand. Remand was phenomenal when two blue mages faced off against each other, often resulting in hard card advantage by protecting your own spell from an opposing counterspell. But it is rare that you see two blue decks fighting it out, and even rarer that one of them is playing more than a handful of Remand. It just isn’t reliable enough.

While Remand could certainly make a comeback, this is just not the right time. It is a card that I absolutely love playing with, and if I’m telling you it’s bad, then those words should carry some weight. If Modern gets a little shake-up in the near future, with a few bans or unbans, I could see Remand making a comeback. It is a powerful effect, and one that shouldn’t be overshadowed for too long. 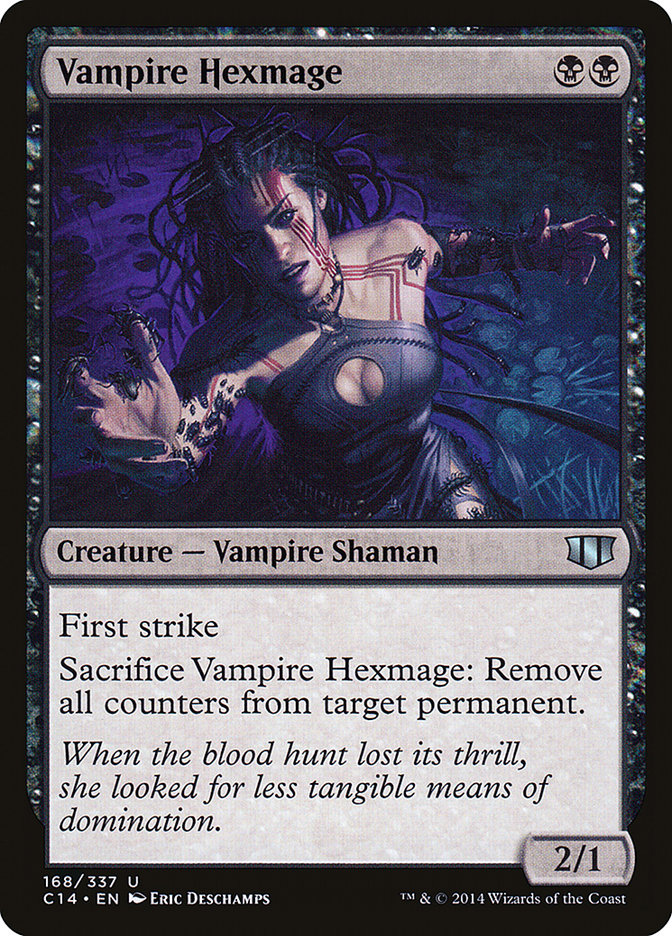 Every time I see Vampire Hexmage while sifting through old cards, I get this song stuck in my head: 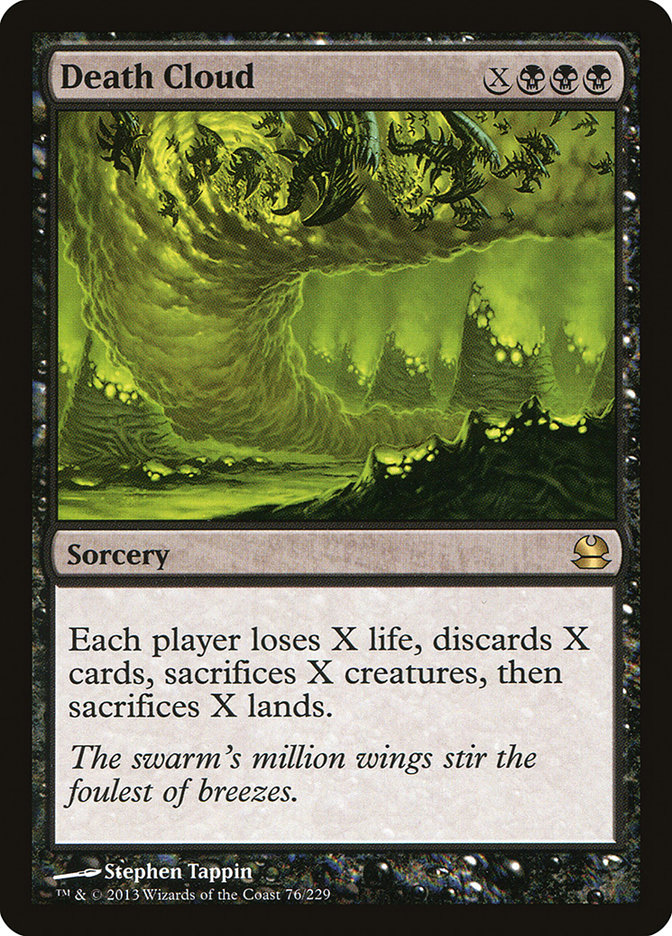 I once thought this card would define Modern. With so much disruption in discard spells and removal, it was a powerhouse in the larger Extended format before it. I can’t exactly say why Death Cloud is bad. In actuality, it could be a sleeper hit. Modern is chock-full of powerful spells, but I think too many decks just go under Death Cloud for it to be good. Much like Remand, Death Cloud suffers from too many decks able to outpace it.

If you’ve ever played against Death Cloud before, you’ll know how important it is to make sure you have X+1 creatures, lands, cards in hand, or life total, where X is how much the opponent could cast Death Cloud for. They’re generally stripping both players of all resources and leaving themselves with more lands on the battlefield than the opponent thanks to ramp effects. In the current Modern format, it is more desirable to play Scapeshift if your plan is to accelerate quickly.

Plus, Garruk Wildspeaker is dope. I miss this deck. 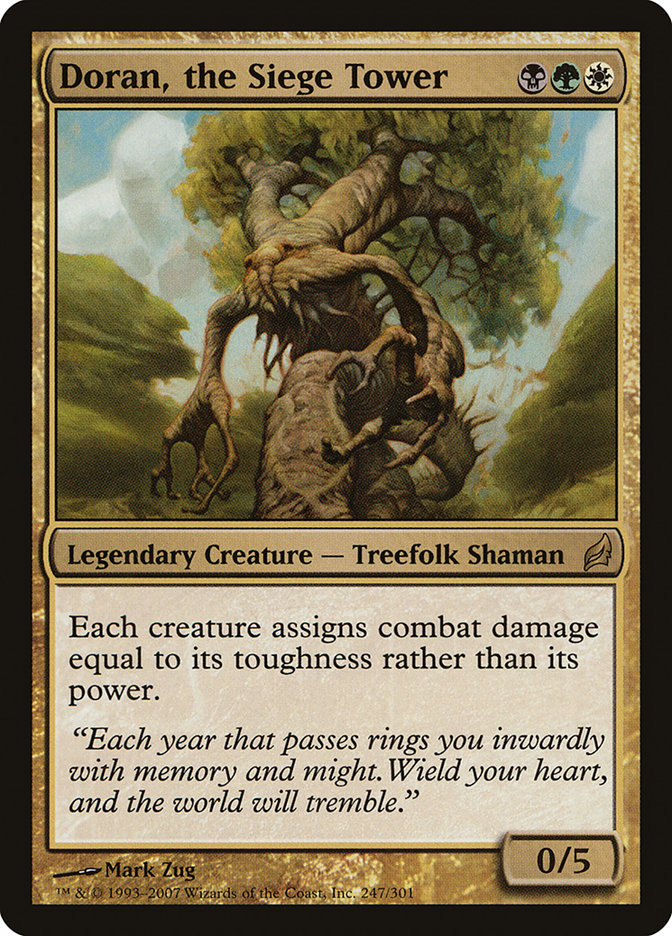 There was a strange period in four-year Extended where the only true multicolor land you could search for with the Zendikar fetchlands was Murmuring Bosk. That made the Doran deck a consistent three-color beatdown strategy that could present large threats that smoothed out its draws. Thanks to Treefolk Harbinger, you could search for Murmuring Bosk to fetch your colors or get the namesake Doran, the Siege Tower and start attacking for huge chunks of damage.

While Doran, the Siege Tower isn’t nearly as good in Modern as it once was in Extended, that is most likely due to the abundance of hard-ish removal spells. Abrupt Decay, Terminate, Path to Exile, and even Twisted Image pose threats to the once-dominant monster. While I never played much with Doran, the Siege Tower myself, I know a lot of people named Christian Calcano hope it will one day be playable again. 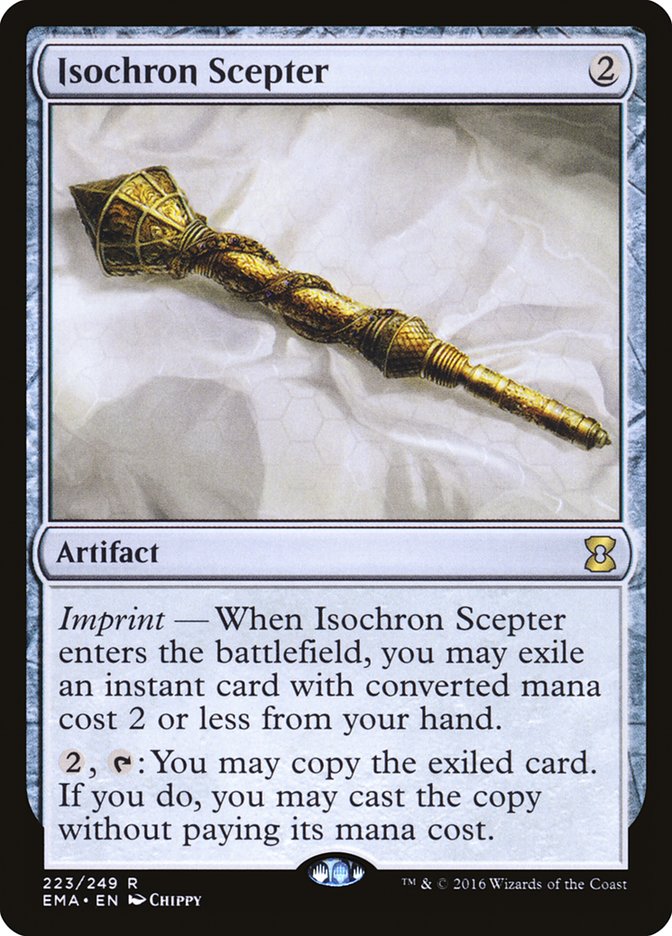 Silence is no Orim’s Chant. And Abrupt Decay didn’t exist. Still, Isochron Scepter seems like another one of those lost cards that could be truly awesome in Modern. There are a lot of missing pieces for it to be great, but there is a lot to be said about Lightning Helix, Lightning Bolt, Path to Exile, and even Remand on an Isochron Scepter.

If it worked with sorceries, there could be arguments for Take Inventory filling the role of Accumulated Knowledge. But Isochron Scepter just lost too much in the various Extended rotations. Honestly, if we see a revitalization in cheap instants in the next year or two, you might be seeing Isochron Scepter become one of those expensive uncommons in Modern. All it takes is one or two cards to make it busted. 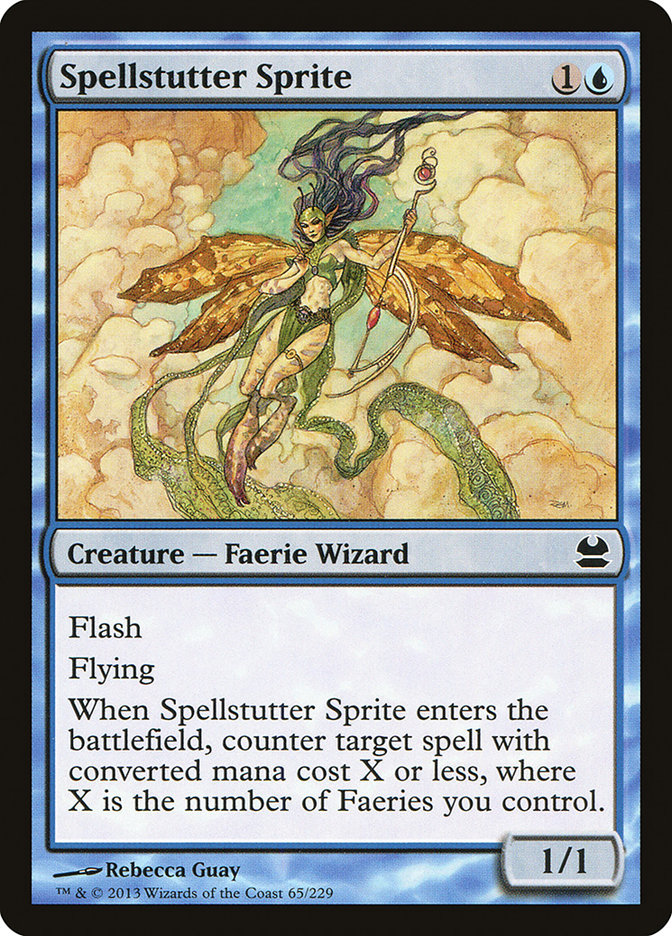 I was young, I was dumb. This deck was unbelievable, but I would snap change about ten cards right now. In fact, over the course of that Extended PTQ season, I played three or four variations on this archetype. Occasionally I would splash Path to Exile, while other times I would splash two or three colors. With fetchlands and Ravnica shocklands, anything was possible.

But man, Spellstutter Sprite was so good. It carried Umezawa’s Jitte, and so many great spells in the format were only one mana. It was basically a reverse Spell Snare, and that was good enough. At other times, you could activate Mutavault or have another of the Faeries on the battlefield to counter spells that were slightly more expensive, but it was overkill. You didn’t even need Bitterblossom!

But those days are gone. Umezawa’s Jitte getting unbanned could prompt the return of Spellstutter Sprite and even make Faeries as a whole legitimately good again. But for now, Faeries stinks and I’m okay with that. 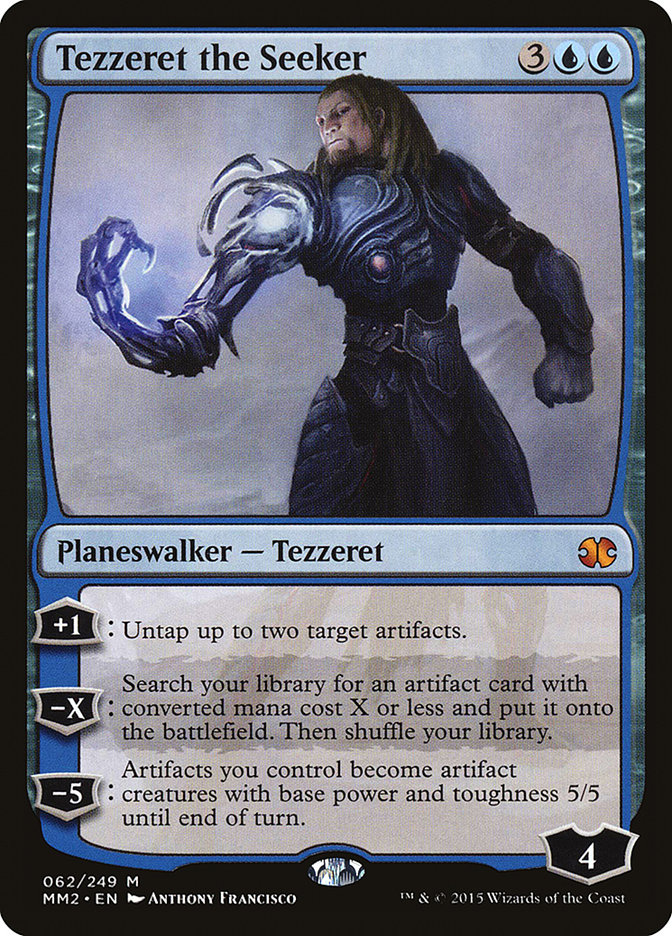 This is not one that I got to play with too much, but Brad Nelson loved it. In fact, you could pinpoint the exact moment he launched his professional Magic career to winning a PTQ with this deck. But the true visionary behind this deck was one Kenny Oberg, who piloted Tezzeret the Seeker to a Top 8 finish when the rest of the world was playing Glimpse of Nature. And unfortunately for him, his Firespouts were in the sideboard.

Losing Chrome Mox and artifact lands made the deck much less consistent. The same can also be said for Thirst for Knowledge. Without extra freeroll cards to discard or the massive acceleration from Chrome Mox, there is no way a deck like this could function in today’s Modern world. Everything else is just too fast. While this isn’t a true Prison deck, it would often search for Ensnaring Bridge to slow the game down. Nowadays, we have Lantern Control doing much of the same, but once again everything costs a lot less mana. 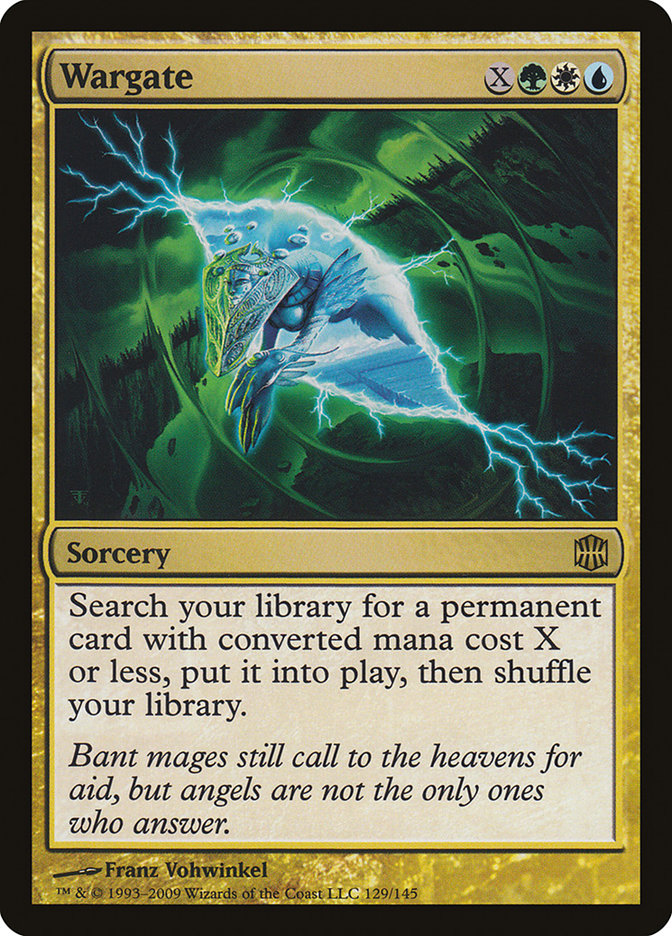 Quite possibly my favorite deck of all time, Wargate Scapeshift was one of those decks only good in a very specific time period with a very specific format. In four-year Extended, we didn’t have Ravnica to give us free mana fixing. Instead, we had to do it the hard way with Prismatic Omen. Both ways uphill. In the snow.

In actuality, Prismatic Omen was impressive with Valakut, the Molten Pinnacle. From time to time we see Prismatic Omen pop up in Scapeshift decks…but never Wargate. It was used for acceleration, tutoring up powerful permanents, or just finding pieces of your combo. Looking back at all these decks just reminds me of how bad I used to be at Magic and deckbuilding in general. So much potential… 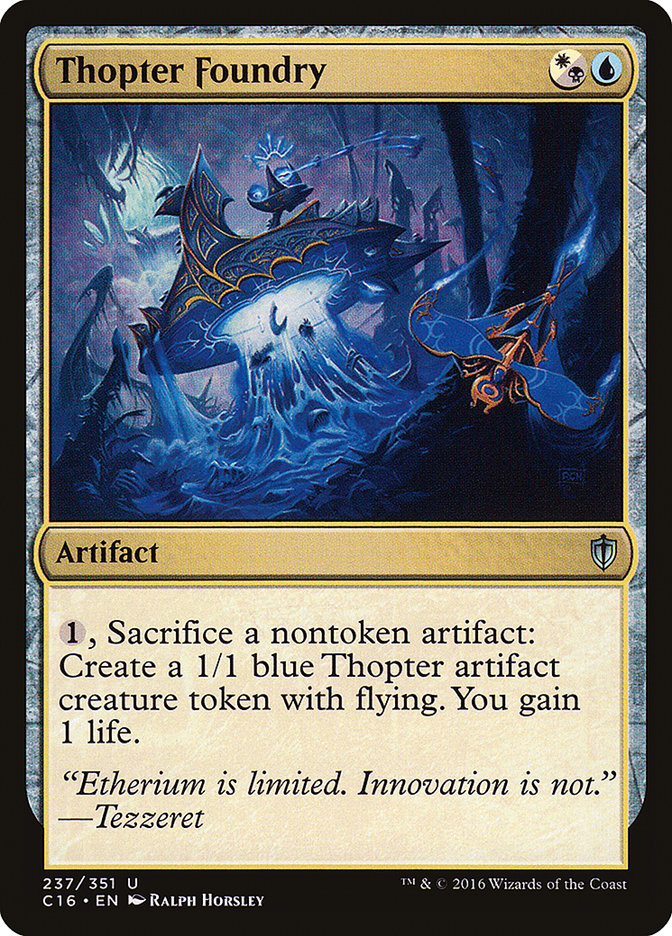 I specifically chose this list by Gerry Thompson instead of the one featuring Vampire Hexmage and Dark Depths. I don’t need to relive losing the pair of those again.

But people were excited about Thopter Foundry when they finally decided to unban Sword of the Meek. There was a rush to build the best version of the deck in the first few months it was legal, but it just wasn’t happening. Cards that were once awesome, like Muddle the Mixture, were just too slow. Thirst for Knowledge sucks without Chrome Mox and Seat of the Synod. Instead, you had to play a bunch of mediocre artifacts or too many redundant pieces of the Thopter-Sword combo.

It’s dead. WotC killed it. Get on with your life. I know I’m still trying to. 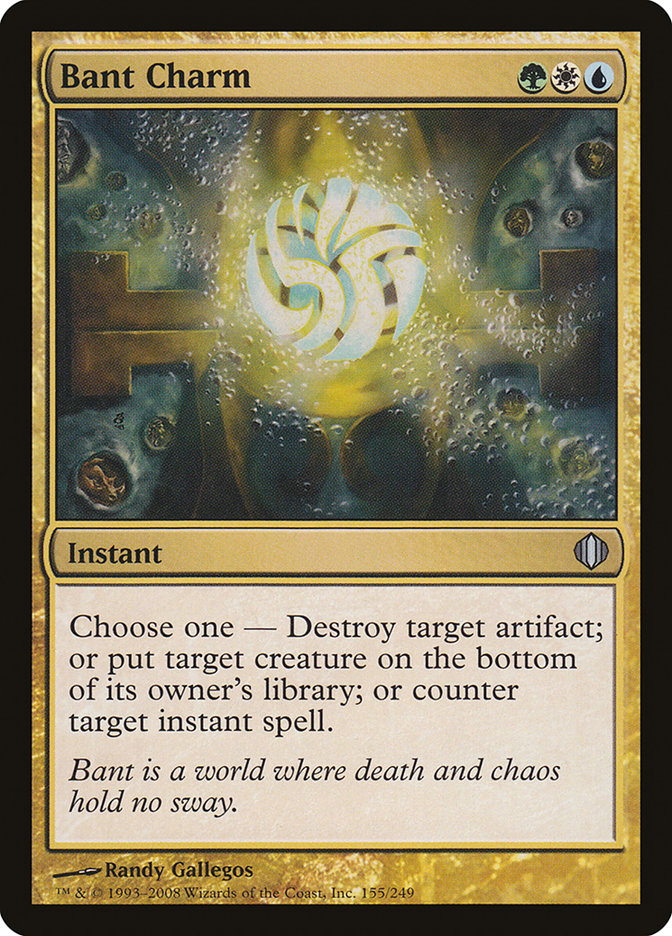 I’m tearing up here. I really am. I played Bant Charm so much in Extended, and even at the beginning of the Modern format, and now…I just don’t know. I can’t even bring myself to try it. What happened?

The creature decks got faster. The sorceries were much better than instants. And there just aren’t enough random artifacts for the third ability. We are no long living in a world where Knight of the Reliquary and Baneslayer Angel are playable aggressive elements. Instead, we’re stuck here trying to kill creatures on a one-mana-for-one-mana basis. Anything more expensive than that needs to draw a card, gain some life, or both.

And honestly, for me, that’s the only real problem I have with Modern. Since it never rotates, eventually we’re going to get to a point where every deck has enough one- or two-mana spells that do the same thing. And right now, Modern is full to the brim. Now cards like Bant Charm and Wargate and Tezzeret the Seeker are just dinosaurs. We have the bones on display in a museum somewhere, but they’re never going to live again. 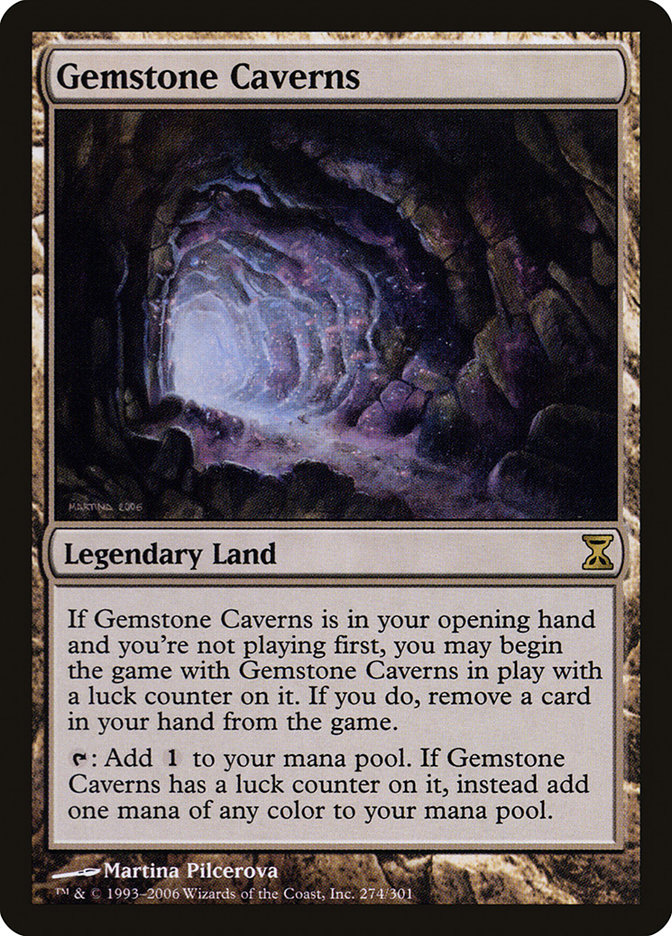 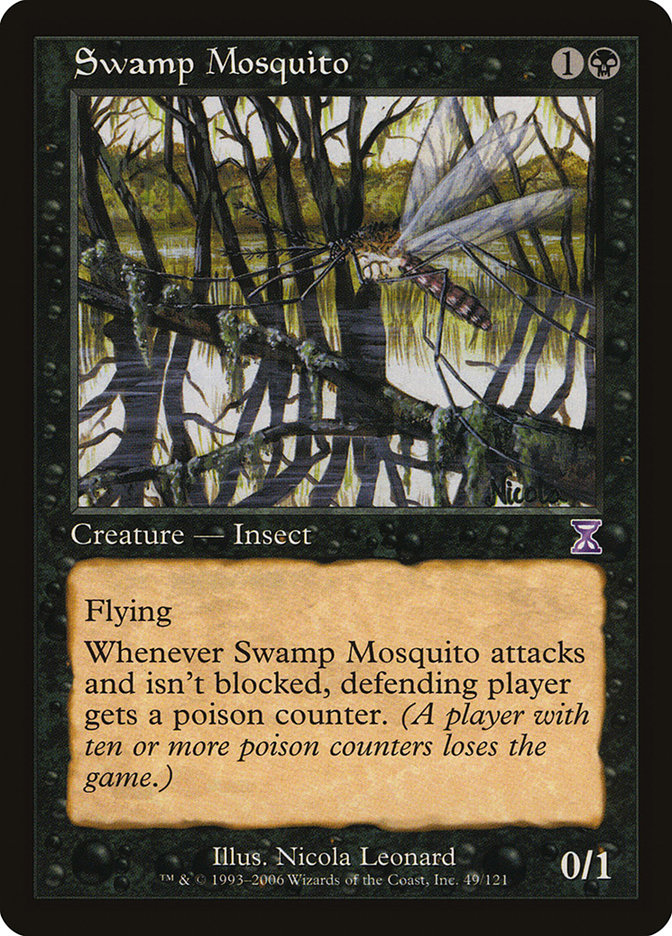 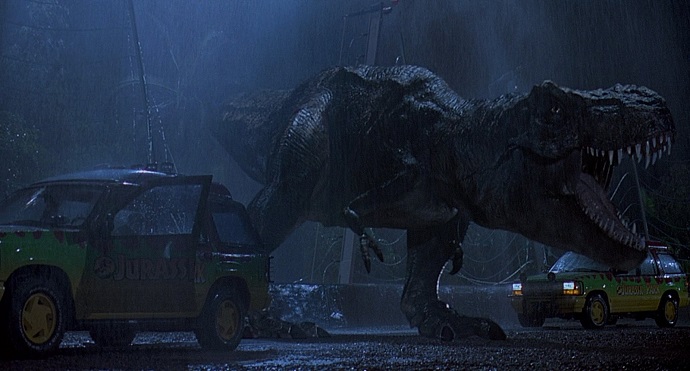 Until that day, if it ever comes, we can only ‘member the good times we had. Do you ‘member?