Welcome back to the Grand Prix Atlanta countdown blog! Yesterday, I went over everything related to the side events at Grand Prix Atlanta. From the schedule for Friday, Saturday, and Sunday to the unique events like Foiled Again!, the Super Sunday Series, and the two Super Invitational Qualifiers, everyone should now have a better idea of what side events are available from October 7-9.

When one comes to a Grand Prix, most of the time it’s to play in the main event and test your skills against some of the best players in the world. For others, it’s to play in as many side events as possible because you just love the value that the Infinite Challenge option represents. And with the addition of the Command Zone, even Commander players have their own area to do their thing.

But something that everyone has in common at Grand Prix? Their love of special guests! And at Grand Prix Atlanta, there are going to be quite a few. And the headliner? The esteemed Terese Nielsen.

The work of Terese Nielsen has captured the imagination of the gaming and comic book industry. Whether you’re immersed in the beauty of “Stream of Life” or “Moon Sprite,” you’re sure to agree that you haven’t been left untouched. She has made her place in the world of fantasy art, lurking in the upper echelons as one of the foremost female artists in the field…

Wizards of the Coast caught wind of her work in 1996 and she emerged within Magic: The Gathering through Alliances that same year. She has been in most of the card sets since then, and continues to be a powerful artistic influence within the role-playing world. She has been flown across the Atlantic and Pacific to be present for signings, representing the international appeal of her work. One of the art directors for WotC commented, “You’re one of the few artists I don’t pigeon-hole. You do everything well.”

“Stream of Life,” commissioned by Wizards of the Coast, came out in the Fifth Edition card set for Magic the Gathering in 1996. This mystical, sensual portrayal of dipping into the stream symbolizes the primordial urge we have to seek sustenance from the Source or Stream of all life. The feline beast represents great power, the elf, great wisdom; one is led to muse on the possible relationship that exists between these creatures of the wood, which by nature can never be completely defined. This arresting image was composed with transparent washes of acrylic intermingled with light glazes of airbrush. 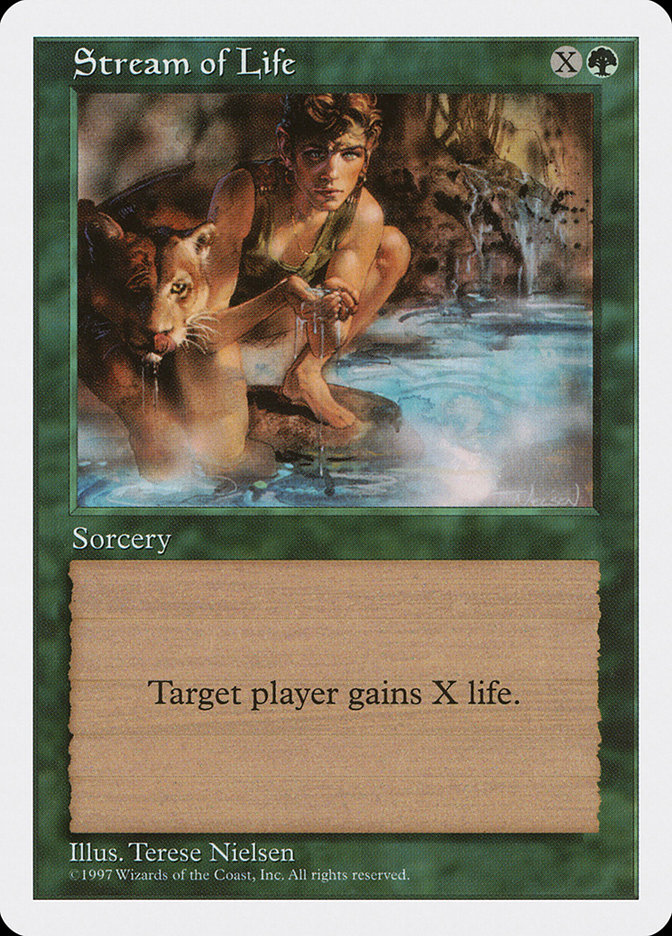 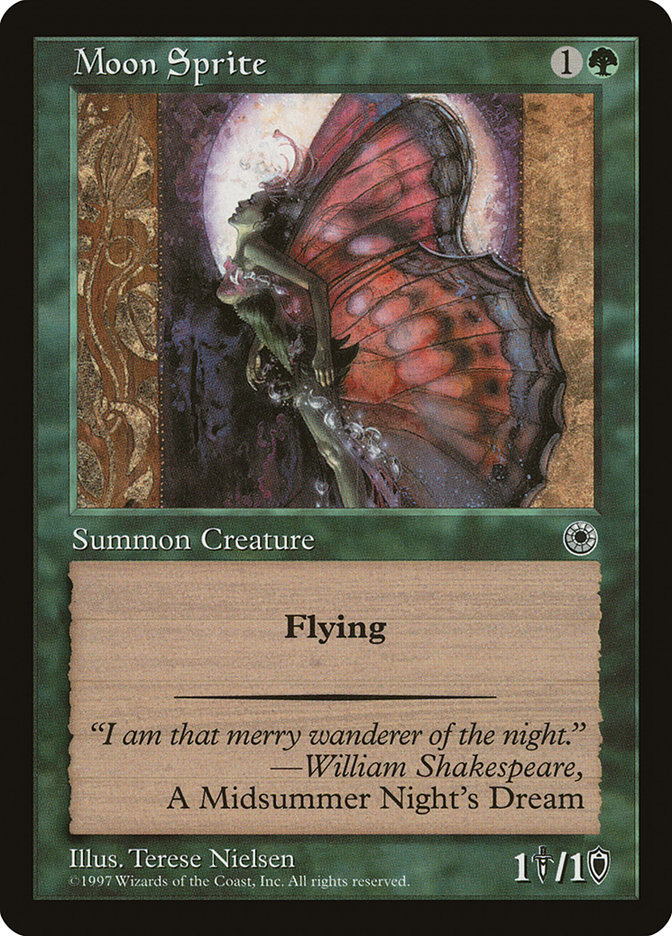 “Moon Sprite,” another WotC piece, emerged through the Portal set not long after “Stream.” Produced in a mixed medium of acrylic, gouache, colored pencil and the esteemed gold leaf, this image mirrors the birth, the release of the creative. The pose, mood and underlighting conspire to issue an enticing call to freedom. The exquisite sense of emancipation imparted by the fairy is almost tangible. We are witness to a timeless transcendence into higher levels of awareness and expression, and are invited to participate in the same. This “decorative piece of jewelry” remains a favorite with fans as well.

Terese has created numerous amazing pieces of Magic artwork, but for Grand Prix Atlanta she’ll be bringing along some amazing playmats that will be available this weekend! 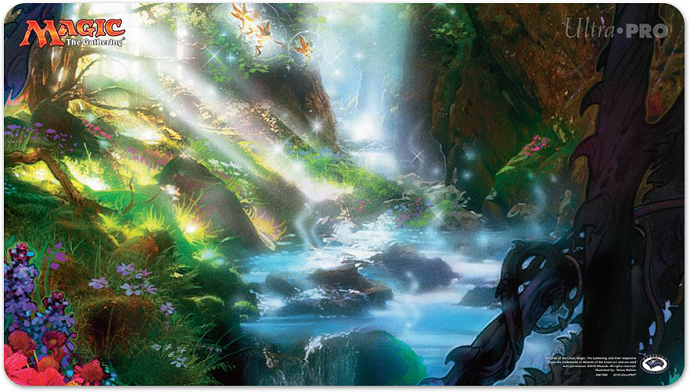 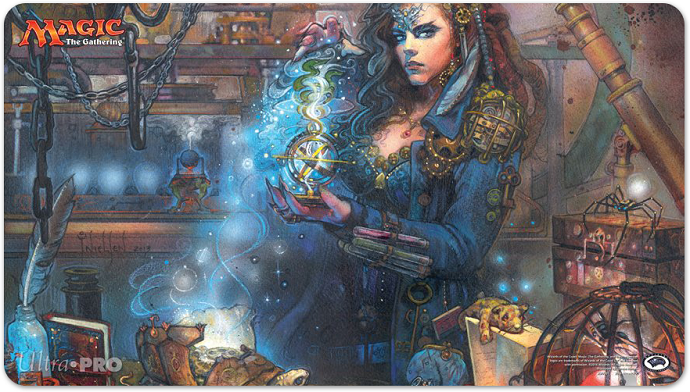 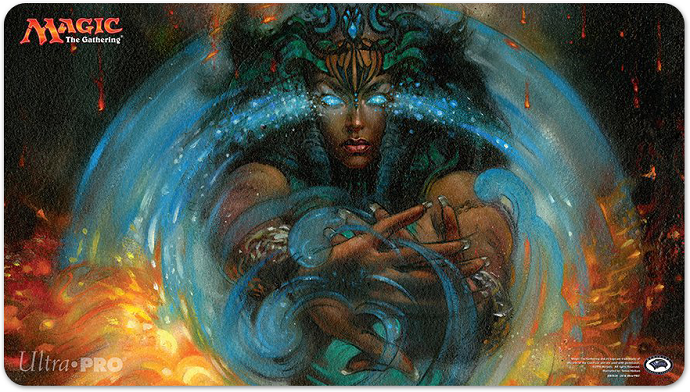 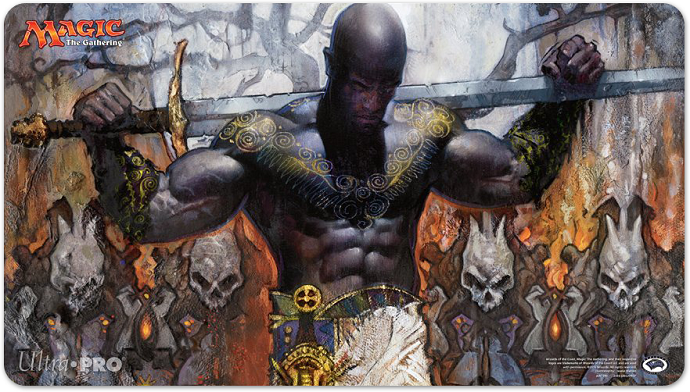 See all the cards illustrated by Terese Nielsen here!

So when can you meet Terese and have cards signed by her? All those details are below:

Now that you know more about our Guest of Honor, it’s time for me to start introducing you to our other special guests at Grand Prix Atlanta. On Monday, I will be going over everyone who will be in Artist Alley, along with the artwork they’re famous for and the times that they will be signing those cards. See ya then!