Welcome back to the Grand Prix Atlanta countdown blog! On Friday, I introduced you to our Guest of Honor for Grand Prix Atlanta, Terese Nielsen. Terese is going to be very busy signing copies of Force of Will, Eternal Witness, and all of her other fantastic artwork all weekend long in the Hollywood of the South, but don’t forget the awesome playmats she’ll be bringing along as well!

As for our other amazing artists who will be attending Grand Prix Atlanta? Let’s meet them right now! 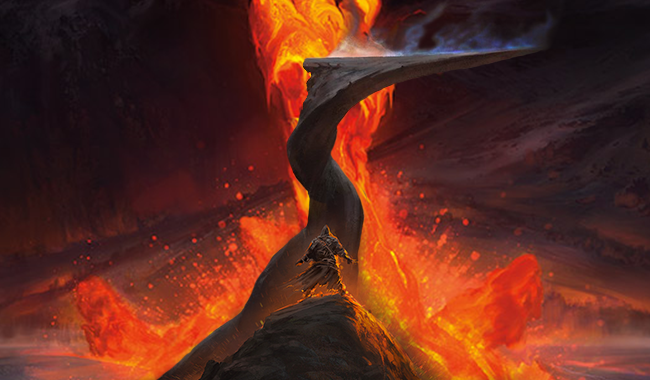 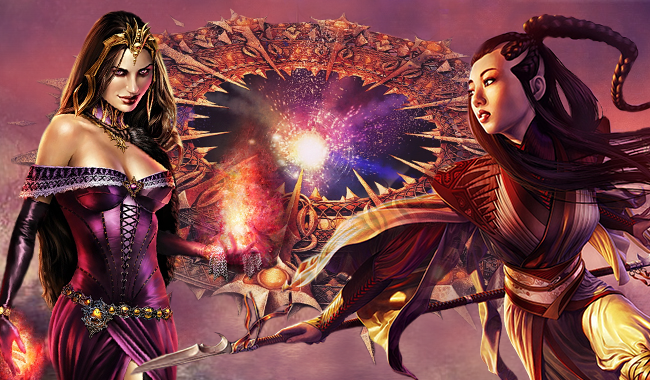 Magic artist Steve Argyle debuted in Shards of Alara and won fans with his edgy yet playful illustrations. His sketches, alterations, and collaborations with cosplayers make him one of the most visible illustrators in the Magic community. His notable cards include Bloodbraid Elf (FNM/Planechase); Damia, Sage of Stone;Deathrite Shaman; Glistener Elf; Hive Mind; Kresh the Bloodbraided; Liliana of the Veil; and Monastery Swiftspear. 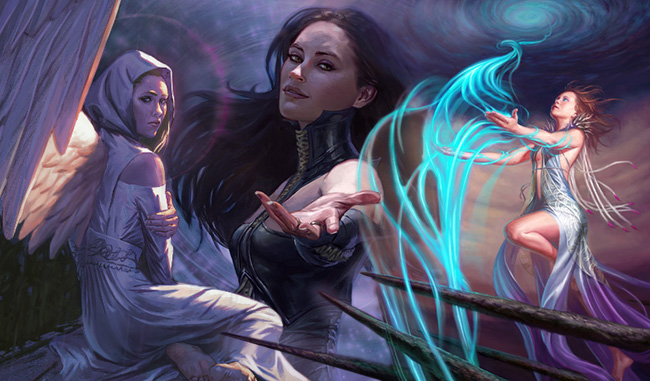 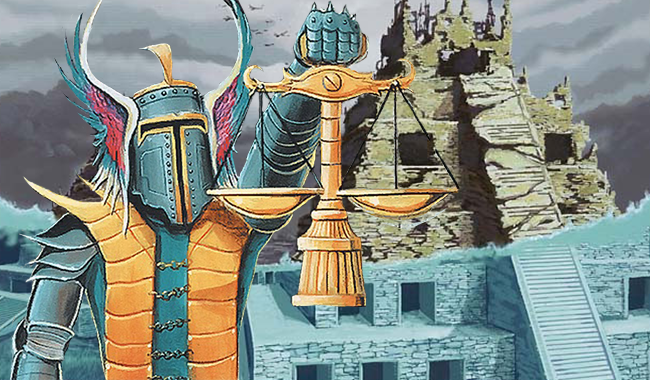 One of the 25 artists who contributed to the very first Magic set, Mark Poole’s illustrations for the game include high-powered classics Ancestral Recall andBalance (as well as their later “fixed” versions, Modern cards Ancestral Vision andRestore Balance). Other notable cards include Birds of Paradise, Library of Alexandria, and Fate Reforged‘s Mardu Shadowspear. 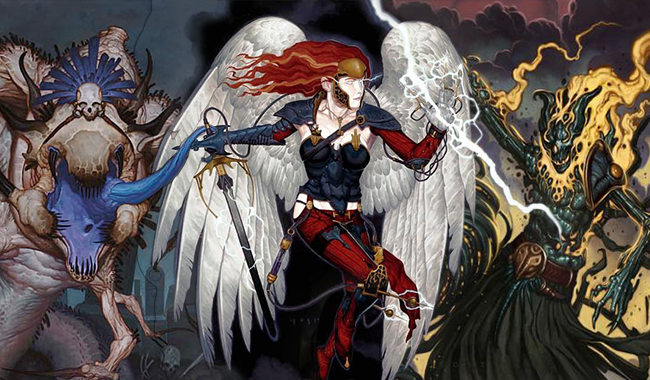 rk post’s distinctive Gothic stylings have appeared on on some of Magic’s most famous cards over seventeen years of illustration, including Legacy and Modern favorites Fulminator Mage and Ichorid as well as the ever-popular Morphling. 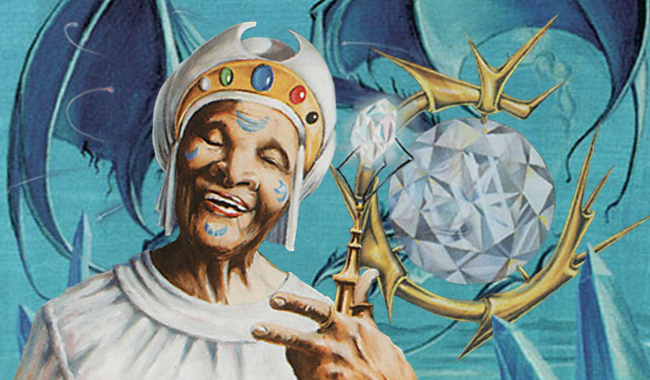 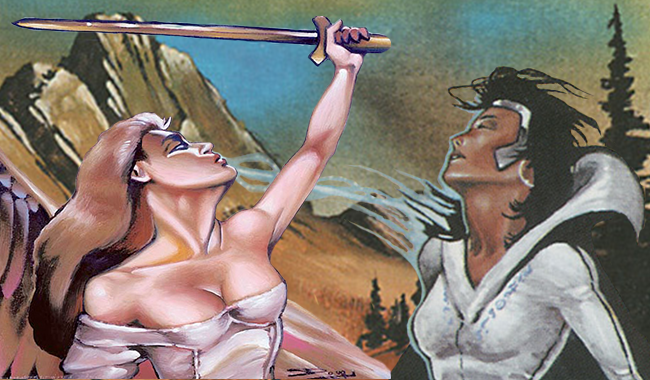 Douglas Shuler, a veteran illustrator with more than two decades of experience, is one of the original 25 illustrators for Magic, a contributor to Limited Edition Alpha and many later sets. His iconic cards include Candelabra of Tawnos, Contract from Below, Demonic Tutor, Hypnotic Specter, Icy Manipulator, Prodigal Sorcerer, and Serra Angel. 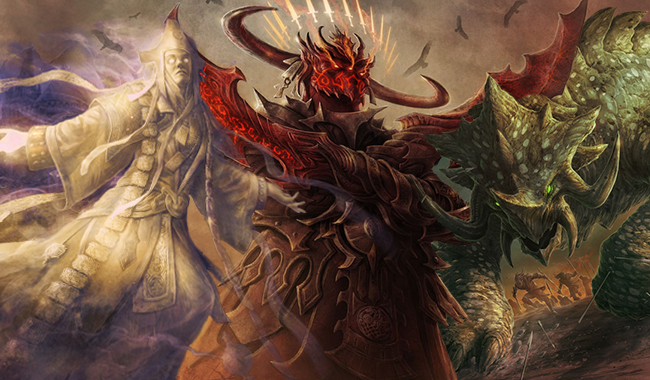 Jason A. Engle is an illustration veteran with almost twenty years of professional experience. His creations have appeared on a number of notable Commander cards, including Avatar of Slaughter, Curse of Chaos, and Siege Behemoth. Constructed fans will know him by his art for Nevermore, Skirsdag High Priest, Herald of the Pantheon, Bygone Bishop, and Lightning Axe. 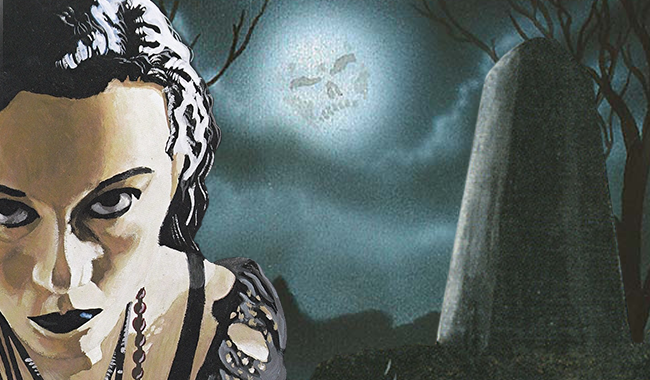 Jesper Myrfors is one of the original 25 illustrators for Magic: The Gathering and the game’s first art director. His iconic cards include the original printings of Armageddon, Bayou, Goblin King, Pestilence, Scrubland, Tropical Island, and Tundra. 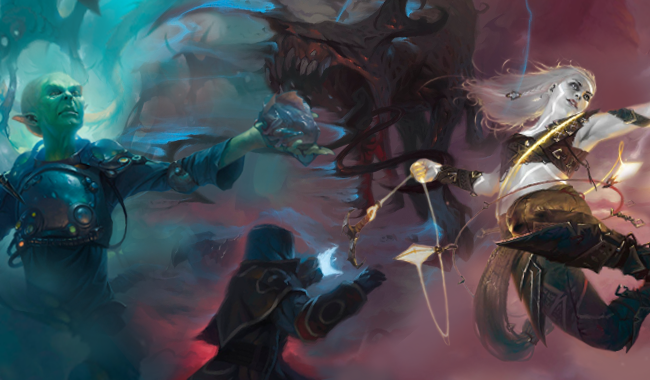 Victor Adame Minguez has emerged as one of Mexico’s top fantasy artists, earning immediate recognition with his debut Magic illustration, Ghirapur Gearcrafter in Magic Origins. An avid Magic player, he is often found playing in side events when he’s not in his artist’s booth. His recent notable cards include Daretti, Ingenious Iconoclast; Maelstrom Wanderer (Eternal Masters) ; and Momir Vig, Simic Visionary (From the Vault: Lore).

Now that you know more about all of the artists who will be occupying Artists Alley at Grand Prix Atlanta, it’s time for me to introduce to you the wonderful people who have the ability to bring your favorite cards to life. Tomorrow, I will be going over the cosplayers who will be joining us at Grand Prix Atlanta along with their appearance times and the characters they will be bringing to life. See ya then!