Where does Magic fit into your life?

It’s a big question, so I’ll give you a minute to think about it.

Okay, now that you’ve got your answer, here’s the important question:

Are you happy with your answer?

If not, what are you going to do about it?

So why is this question important? Isn’t Magic just a game? What’s the point?

If this is your response, then clearly you have already answered the question. For you, Magic is just a game, a passing distraction, or something to do on the side, and this article is really not meant for you. In fact, it’s doubtful you are even reading this—why waste time reading a website about something that doesn’t matter to you?

However, this is not the case for most of you reading this. For most of us, Magic is a big part of our lives. It’s a large part of our social circle, and on a larger scale it’s a self-contained subculture that we are all a part of. Aside from just playing Magic, we read about it, talk about it, travel (sometimes great) distances for it, and, most importantly, spend a lot of time thinking about it. It has its own slang, its own celebrities, and its own legend and lore.

In many ways, Magic is a microcosm of life, and this is why determining where Magic fits in your life is so important.

Are you a grinder that goes to every SCG event you can so you can win big at the Invitational? A FNM player who brews up his own decks every Friday night to compete against your friends? An aspiring pro who hits every single PTQ within a 400-mile radius and dreams of Pro Tour glory? A casual player who uses the game as a centerpiece of social gatherings? Maybe even a long-time pro that has been on the train for a while? Or maybe the game means something else to you entirely?

Assessing this part of your answer isn’t that hard—it’s factual, and it is what it is. So go ahead and do it. Think about it, and come up with your answer.

Now comes the important and more difficult part. Are you happy with that answer? Be honest with yourself.

It took me a while to realize it, but I wasn’t.

I started playing Magic in high school. My buddy came over to my house one day with a Seventh Edition starter pack and said I should learn the game with him. I told him that it sounded totally lame and to get the hell out of my room, and then I went back to playing Diablo and listening to Korn—I was a pretty awesome sixteen year old. Of course I kept playing long after he quit, and when Magic Online was released, I was hooked. I spent years trying to qualify for the Pro Tour and then years on it trying to make the train and support myself by doing so.

By most standards, I’ve accomplished a lot. But most importantly, I came to a point where I realized I wasn’t really happy. I had achieved many successes, met tons of awesome people, and been all over the world, but I had failed to balance that with advancing myself in the other areas of my life. I hadn’t considered where Magic fit into my life—because I allowed it to  become  my life. I had other things going on—I was trying to make it with my band, I was in a long-term relationship, and so on—but Magic was at the center. Because of this I grew complacent, and the more Magic became the main focus in my life, the worse I did.

If you’re wagering your own self-worth on every match of Magic you play, you’re doing something wrong.

It’s important to note that I’m extremely grateful for everything I got out of this period of my life. I was able to travel to amazing places, compete at the highest levels of competition, and meet many of the people I consider my closest friends today. I also learned so much about having a winner’s attitude, the importance of self-evaluation, and what I am capable of when I put my mind to it—I would not be who I am today without it. But I dove in too deep and forgot to come back up for air.

Magic can be a lens into reality, but it can also serve to distract you from it. And as much as entertainment is talked about—loved, even—for its capacity to distract people from reality, to ‘escape’ from it, to provide a simple type of pleasure, that kind of conversation is f***ing horrifying the more you think about it. Because I can’t think of a better definition for death than ‘an escape from life’—that is, an escape from reality.

– Zac Hill, “Don’t Call It A Comeback: My Journey To And From The Promising Land”

I can’t say it any better than Zac already has.* Magic is such a deep and complex game with such a dynamic culture that I allowed it to distract me from the reality of my own life.

Have you ever spent six weekends in a row travelling to events (PTQs, SCG Open Series, Grand Prix, or whatever), maybe done well at the first or second, but by the sixth event, you bomb out and can’t stop thinking why you aren’t just home with your significant other? Or doing something, anything, else? Or why you don’t have a significant other?

Have you ever 2-2’d FNM, losing in the last round to the dude with the 71-card Cat-themed deck—because hey, it happens sometimes—and let it completely ruin your night? Or even worse, had the audacity to berate him, either to your friends privately or publically, for being a scrub?

Have you ever driven twelve hours for a big GP, played a long and hard Day 1 only to lose a lopsided double mulligan match to miss Day, and then 0-2 dropped the PTQ the next day and decided you’re selling all your cards and quitting? And then bought them all back three months later and kept playing?

Have you ever typed anything into the Magic Online chat window ever? Hid behind your screen name to blast some poor soul who had the fortune to miracle Bonfire of the Damned when he was dead on board? Disconnected? Thrown your mouse across the room? Kicked your dog?**

Are these really the biggest problems in your life? Maybe you haven’t really thought about it before—complacency is devious like that—but why do you react like this? Is this how you act in other areas of your life? Do you get out of job interviews and moan about how unlucky you were since the interviewer must have been having a bad day and didn’t seem as receptive as they could have been? When you ask a girl out and she turns you down, do you berate her for being a jerk who has no idea who you really are and blame her for forcing you spend your Friday night alone?

Now, I’m not advocating apathy. I love competing; I love winning, and I HATE losing— I think you’re a bit crazy if you’re playing in big Magic event and not passionate about doing well. But it is one thing to enter an event with the fire to win it all and another thing entirely to enter an event saying “I’ve gotta cash this event to pay my rent/eat/afford the trip home/pay my child support” or even worse “I’ve gotta win this event to validate myself as a person.”

How Magic fits into your life has a lot to do with how you live your life.

A few years ago, I decided to make some changes. I put Magic aside and focused on the other areas of my life that I had neglected. Many of the skills I had developed over the years from Magic were very transferable, and I found these new challenges to be very rewarding—my time had not been wasted, but rather poorly allocated.

But the biggest change was one of attitude.

I learned early in my Magic career how crucial having a positive attitude was. You want to know the easiest way to spot someone that’s not going to win a tournament? It’s simple really: they’re the ones talking about how they don’t expect to win. You can also see them lurking around after round 3, looking to tell anyone they can about how they flooded out so bad game 2 and got so unlucky—never mind that they punted to an on board trick game 1. I watched how good players wouldn’t really be bothered by the game they mulled to four and lost, and the best players would actively look back on that game and try to figure out what they could have done better.

These things are very easy to translate to real life. Yeah, maybe your interviewer was having a rough day and was not as accommodating towards you as she could have been. But maybe you could have been a bit more personable and shown some empathy. Yeah, that girl did shoot you down, but maybe it was because you were slovenly dressed, unshaven, and greeted her with a “Yo.”

Although I took a break from it, I still loved Magic, and when I came back to it, I began by focusing on the parts of it I loved: high-level competitive play, cube drafting and design, and, most importantly, the broader ideas of theory and attitude that I’ve gone over in this article.

These are the topics I’ll be covering in this column, and the title of today’s article refers to where Magic has settled into my life now. 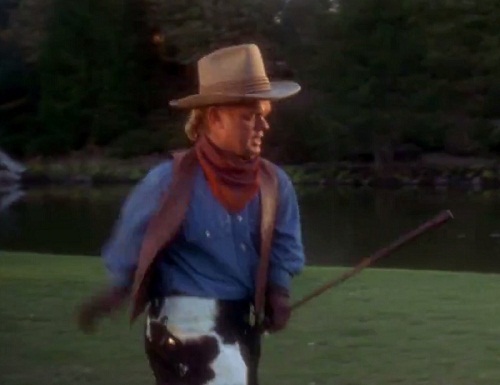 No, not there Happy.

Despite my more relaxed view of the game, I’ve enjoyed a number of successes over the past few years. Remember when I asked you what you were going to do about it? The goal is to find out what you want from Magic, figure out how to get it, and then go get it—like most things in life. In my case, it meant making sure my life was in balance, but it can also mean upping the intensity to reach your goals. If you really want to win that PTQ and get to your first Pro Tour, are you doing everything in your power to reach this end?

This will not be a simple or easy column. I’m not going to spoon feed you decklists or hold your hand, and I’m going to make you ask yourself some hard questions. But if becoming better at anything or growing as a person was easy, don’t you think everyone would do it?

Thanks for reading, and tune in next time when we discuss how to get better at Magic with only one word.

* While a bit long winded, Zac’s article is absolutely fantastic and is a must read.

** Just in case anyone was concerned, all of these examples were fabricated. No Cat guys, Magic Online players, or animals were harmed in the making of this article.