We’ve had some time to learn the ins and outs of Dominaria United Limited, and I’ve been having a blast! It has proven to be a deep set, with myriad viable strategies. Part of exploring Dominaria United has been uncovering combos, the one-two punches that really power up a Sealed or Draft deck, and I’ve found plenty.

Below are some of the more powerful combos and interactions I have found thus far. I’ll keep the combos limited to cards at common and uncommon rarity to keep it realistic. 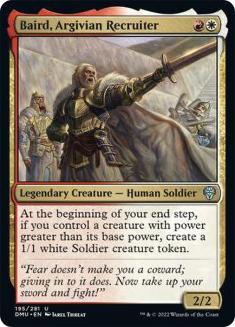 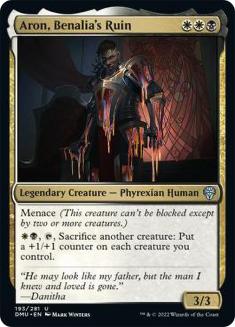 Most of the time, when I end up in Rakdos, Orzhov, or Boros, I find myself wanting to splash the third color I’m missing from the Mardu color pairing. If you’re fortunate enough to get these two, this shouldn’t be a hard combo to assemble, so long as white isn’t your splash color. Baird will create the fodder, while Aron will sacrifice the new recruits, further enabling Baird. A symbiotic relationship; just don’t let Baird know what Aron is doing with the new blood. 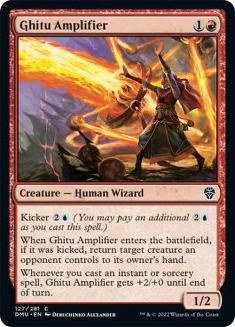 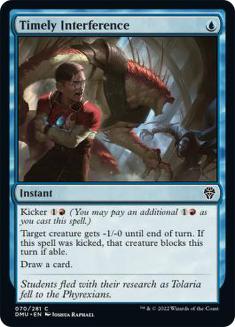 Anytime my opponent casts a Turn 2 Ghitu Amplifier, I expect some Interference to be called on Turn 3. This is a powerful sequence because it can take out every two-drop (outside of Coral Colony) and most three-drops as well. 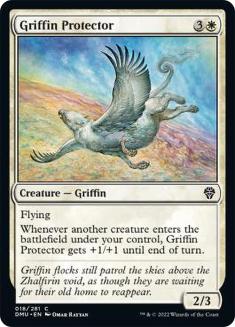 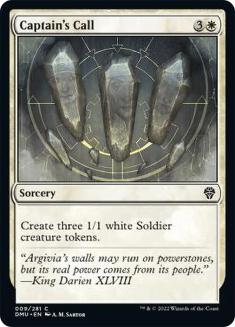 This is the classic combo of Dominaria United. Both cards individually require some support, but together make for one scary Griffin. Typically, if I have one of these two cards, I am on the hunt for its better half.

Territorial Maro and The Weatherseed Treaty 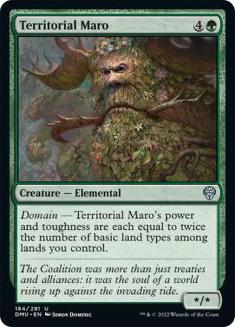 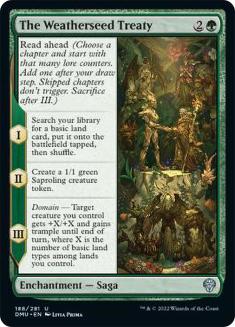 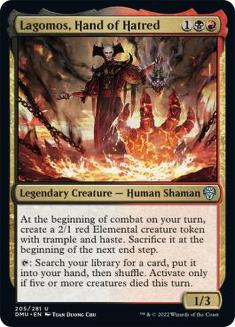 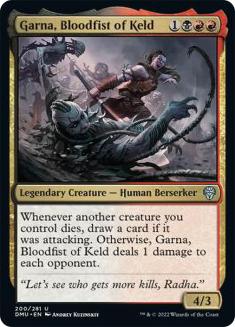 Lagomos can really be a pest with cards like Cult Conscript or Gibbering Barricade, but the most oppressive I’ve come across is your friendly neighborhood Berserker. With Garna on the battlefield, you’re either drawing free cards or slowly pinging them to death. Assuming you have other creatures, things start to get very scary, very quickly. 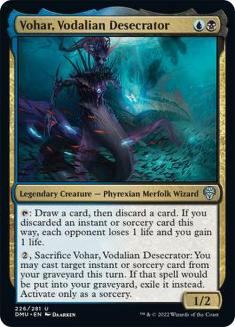 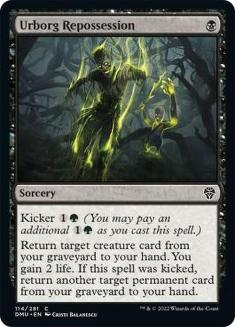 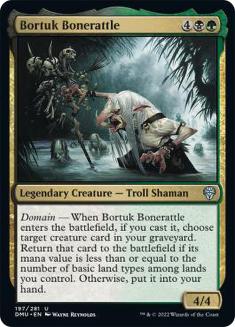 This is one I discovered while playing one of my five-color nonsense builds. While it is not a full loop, because Urborg Repossession will be exiled the second time around, you should be able to gain enough raw card advantage to help close out the game. 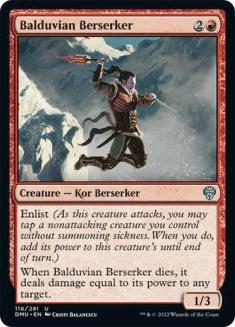 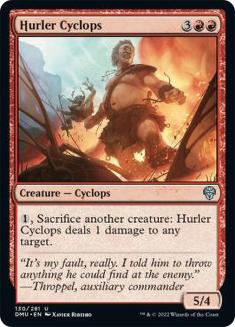 Who needs to Fling when you’ve got a Cyclops buddy with a good fastball? The beauty of this combination is that you can enlist the Hurler Cyclops to get the Berserker up to six power.

There are still many powerful interactions to be discovered. Feel free to let me know some of your favorites you’ve found!