On Tuesday, we kicked things off with Standard. Yesterday, we waxed poetic about Voice of the Blessed and its impact in Historic. Today, we’ll knock out Modern. The same scoring system we had in place for Innistrad: Crimson Vow First Impressions week will be in place here so that we can get an idea of what card ranked in what place in the aggregate to close out each article. The scoring system is as follows:

Today we kick things off with the host of Dominaria’s Judgment, Dom Harvey!

Innistrad: Crimson Vow is a dud for Modern. Modern Horizons 2 and others have made us adjust our expectations for a new set’s Modern impact; still, even by the standards of its sister set, Innistrad: Midnight Hunt, there’s little to see here.

Chandra, Dressed to Kill sparked some excitement in a new, bigger twist on Prowess featuring Obosh, the Preypiercer as well as proactive red decks in general. Ultimately, those decks already have a glut of strong three-drops and Chandra isn’t better enough than the rest (if at all) to move the needle there.

A leaner build of Prowess is attracting renewed attention in part because of Reckless Impulse, a decent imitation of Expressive Iteration that doesn’t force another splash. Reckless Impulse rewards you for having a very low mana curve, which is certainly true of the Prowess decks and increasingly true of Modern at large with Modern Horizons 2. Moreover, Reckless Impulse will only get better over time. In a few years, there’s a good chance that Reckless Impulse is the only card the set is remembered for, but that its printing will have been a milestone.

Cultivator Colossus was a big pickup for Amulet Titan, enabling some ridiculous sequences and screenshots made for Twitter and Twitch. Colossus and Amulet Titan more broadly have dropped off again now that Grixis Death’s Shadow (Lurrus) with Dress Down, a nightmare matchup, is everywhere, but Colossus has made its impact felt.

Lantern of the Lost is an unnecessary but occasionally useful alternative to Soul-Guide Lantern and Relic of Progenitus for Urza’s Saga decks. Lastly, Wandering Mind is an appealing target for Ephemerate, but also has some tension with it and competes with other clunky value creatures like Eternal Witness and Risen Reef.

Innistrad: Crimson Vow did not have the impact on Modern that I initially predicted. I thought a few control bangers would make some noise, like Hullbreaker Horror and Wash Away, but the dip in control’s popularity caused these two to fall flat out the gate. If the control mirror were a common occurrence, I am positive that Hullbreaker Horror would be a silver bullet from the sideboard to steal matches. Not only is it great there, but it would also dominate in a potential Modern world where slower decks rule the leaderboards. Hullbreaker Horror is down, but not out, in this format.

Lantern of the Lost and Wash Away are two role-players that see very little play in Modern. They maintain their spot on my Top 5 due to the lack of other options from this set. Out of all the cards available, few have made a significant impact, leaving room for these two cards to see eventual play. When Cascade needs answering or graveyard hate needs some diversity, Wash Away and Lantern of the Lost may make some noise.

The top two cards are obvious to most folks despite their niche appeal in the metagame. With Cultivator Colossus providing another lane to victory for Amulet Titan players, it has earned its spot in that archetype moving forward. It is a useful one-of to tutor up in dire situations and can do lots of damage to unprepared opponents. I really like this card in Amulet Titan and Commander, making it an easy recipient for the #2 spot.

Finally, the top card is Reckless Impulse by a slight margin. It provides that Expressive Iteration feel, while having the capability of being played in more archetypes. Mono-Red Prowess, which utilizes a very low mana curve that can take full advantage of this effect, loves this card. Light Up the Stage has found an ally for life, something I did not anticipate when reviewing the set. I missed this from my initial Top 5, even though I love all red archetypes with a fiery passion. Maybe next time, I’ll put a limit on the number of blue cards I can put in my Top 5.

For those counting at home, that brings me to one correct guess in fifteeen cards across three formats for this set. For Modern, I think my miss was overvaluing doing a specific linear thing over providing value. Still, it’s often hard to tell if the new value cards cross the line of being good enough.

It does appear color-shifting Jace Beleren to a color that is often ahead and not behind makes Chandra, Dressed to Kill pretty important. Further, I missed that, while “expensive thing to Ephemerate” isn’t a special thing, Wandering Mind was special in how it let you buy out on Ephemerate or started chains or maximized Eladamari’s Call. Cultivator Colossus was just a dumb miss given how often a single copy in Amulet Titan change the mid-games and how additional copies change your threat density.

Reckless Impulse is a fun case study. It is weirdly sandwiched between Light Up the Stage and Expressive Iteration, but if you build a really aggressive deck like Boros Prowess (Lurrus) it suddenly becomes amazing. Layering efficient card draw spells lets you basically go off chaining them over turns, but Light Up the Stage has diminishing returns due to the nature of spectacle. Reckless Impulse splits the difference and lets you overload on that effect without making your deck non-functional when you aren’t immediately winning, and I expect to see more of it in the future. Also, it’s another example of color-shifting mattering, with Reckless Impulse letting non-Izzet decks approximate Expressive Iteration.

And because I’m writing this, I get to put Voldaren Epicure on the list and say I’m still a believer after some early experiments with the card. I think in a ten-year range, it’s likely to be the best card in the set just because of the resource spread it provides for low cost. If Thraben Inspector shows up regularly across formats, I have no idea why Voldaren Epicure doesn’t. While there’s still work to be done, overlapping Asmor and Urza’s Saga with Epicure is a good start to making the card hit its full potential. 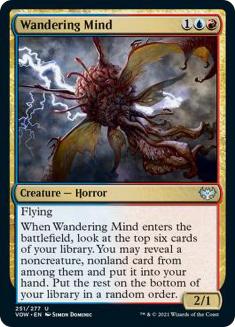 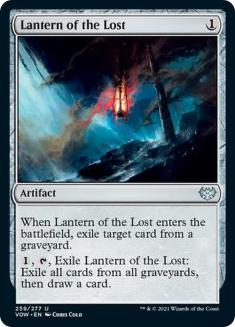 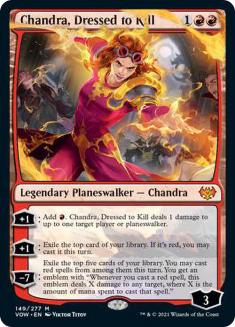 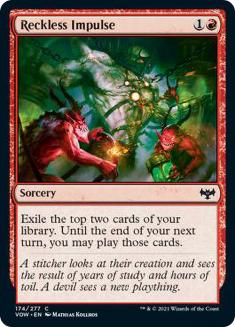 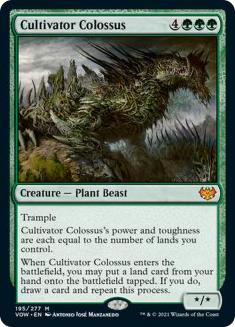 We hope you enjoyed our Exit Interviews on Innistrad: Crimson Vow‘s impact on Standard, Historic, and Modern. Be sure to keep your eyes out for our Kamigawa: Neon Dynasty First Impressions coming soon so you can see how the SCG Staff are dissecting Magic’s newest set!