Wizards of the Coast (WotC) banned Lurrus of the Dream-Den in Modern and Pioneer today in a surprise Banned & Restricted List update.

After months of player feedback and format domination, Lurrus’ nine lives finally ran out in two constructed formats. The companion showed up in more than 30 percent of Magic Online Modern league decks with four or more wins and condensed card choices in deck building to cheap cards. It didn’t matter the archetype — aggro, midrange, and control decks all could utilize Lurrus, resulting in a ban on three counts according to Michael Majors.

Lurrus wasn’t quite as ubiquitous in Pioneer as Modern, but its potential for wider play only grows as the card pool expands. Despite its 20 percent appearance rate in Magic Online Pioneer league decks with four or more wins, Lurrus is being banned to promote format diversity.

Flying a bit under the radar due to the Lurrus bans, two cards were banned in Pauper while another was unbanned. 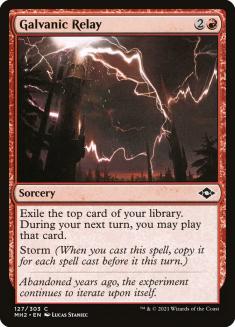 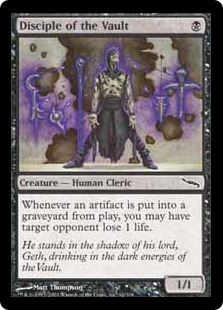 Galvanic Relay and Disciple of the Vault are now banned in Pauper. Rakdos Storm jumped up to a 60 percent win rate in the format following the release of Kamigawa: Neon Dynasty and Experimental Synthesizer. Action had to be taken and to no surprise, a card with the storm mechanic got the axe. While Atog got smashed by the ban hammer in the previous update to the B&R list, Affinity is still on the menu and thriving. The Pauper Format Panel looked over the usual suspects in the deck once again and determined that the best move was to ban Disciple of the Vault. 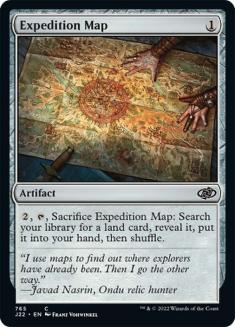 The previous bannings of Bonder’s Ornament and Prophetic Prism weakened Tron more than expected, so the PFP is looking to give the deck a slight boost with the unbanning of Expedition Map. The idea is that allowing Tron decks to assemble Tron without having the mana fixing of Bonder’s Ornament and Prophetic Prism could lead to new builds of the deck.