Gavin Verhey used the latest episode of Good Morning Magic to update a previous video that showed how to deal the most damage using just three cards. 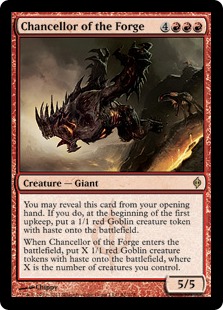 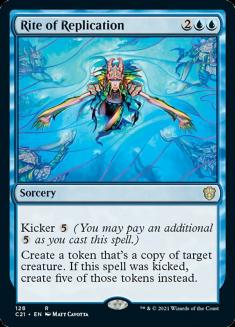 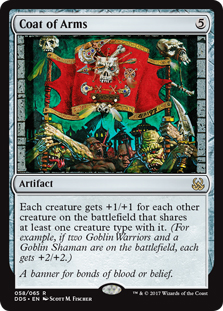 Well, a card from Streets of New Capenna offered a new way to deal even more damage than that. 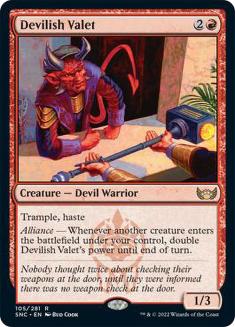 With this new 1/3 Devil Warrior, each creature that enters the battlefield under your control doubles its power until end of turn. That means, if you can pump out an absurd number of creatures, Devilish Valet’s power grows at an outrageous rate. Verhey shows by playing and flashing back Army of the Damned you bring Devilish Valet’s power to 67,108,864. But he isn’t even close to being done. Add the third card, Fungal Sprouting, to create 67,108,864 more creatures and that many more triggers to double the power. 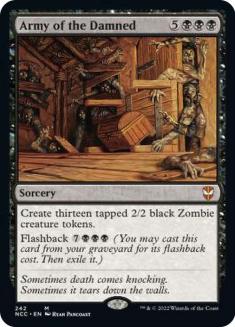 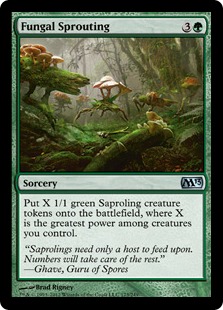 The resulting power can be best summed up as a notation that looks like this:

Now, let’s hope your opponent doesn’t have a Lightning Bolt.