Don’t expect to find any of those ridiculous “brews” here today, folks. You see, in honor of the time of year Chris’s evil Spike side has taken control. No creativity here, no “play this for fun” nonsense…just pure competitive gold.

Oh, what do we have here? Chris’s notebook? Well, isn’t that handy! I think I will spend this article talking about all these terrible ideas Chris has about unplayable cards and ridiculous, convoluted “combos” that don’t even kill on Turn 4. And by “talking about them,” I mean “telling you just how awful they really are.”

The Only Winning Move Is Not to Play

Apparently, The Scarab God is ruining some people’s fun. Well, I say good riddance. The card is busted.

You’re never killing it, it hits like a tank, and it just keeps stealing all your best creatures from the graveyard. They’re in the graveyard because I killed them all, you see. Because you won’t play anything that protects itself.

Well, that shouldn’t be a challenge for him, at least.

He figures that if he only plays token-makers and small creatures that have more utility than any sort of aggression, ol’ beetle-head becomes far less valuable. It’s a nice idea, but I still get to bring back Torrential Gearhulk, and then what, Chris? Then what? Yeah, that’s what I thought.

He thinks Deadeye Tracker will help keep graveyards under control while also smoothing draws. Please. I run about twenty ways to kill that thing, and then I can just take it for myself. You might delay Search for Azcanta a turn or two, but I’ll still get there! The engine is inexorable, you casual!

What? Discard spells? Vraska’s Contempt? Eh, those are okay, I guess, but none of them will ever resolve! 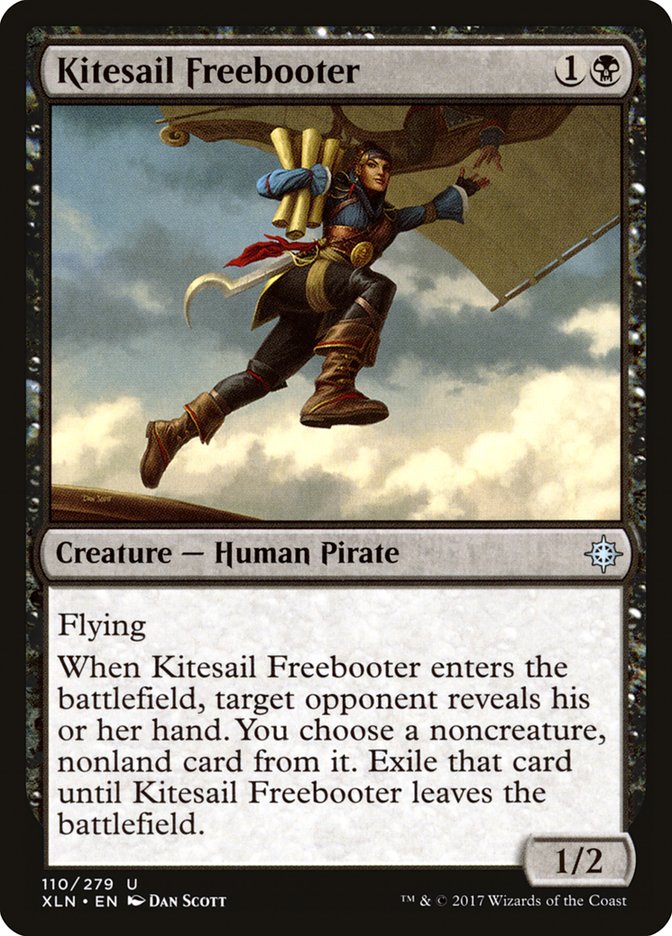 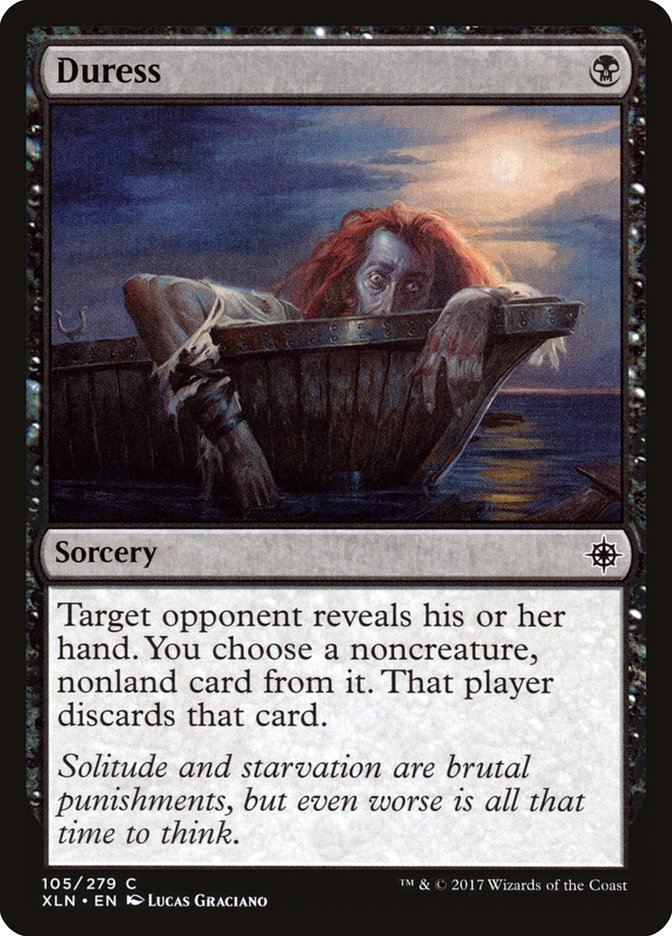 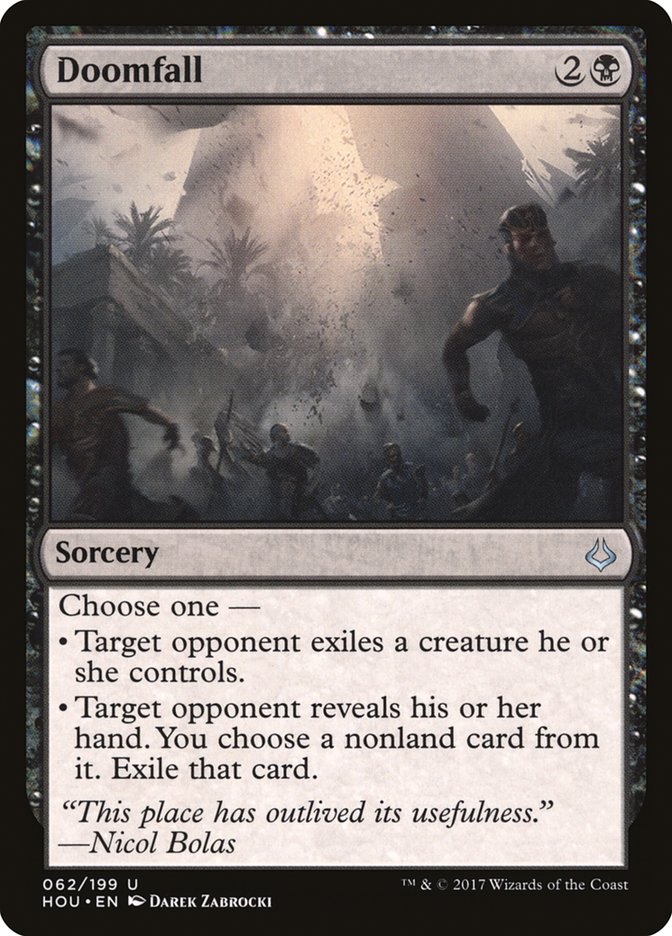 Okay, that’s a lot. Why so hateful? I just want to play my deck, which is designed explicitly to stop you from playing your deck. Why won’t you let me do that?

Anyway, it’s not a concern. You have no way to win, unless you expect to kill me with Kitesail Freebooter and Deadeye Tracker? Oh, please, say that’s your plan. I need a good laugh. 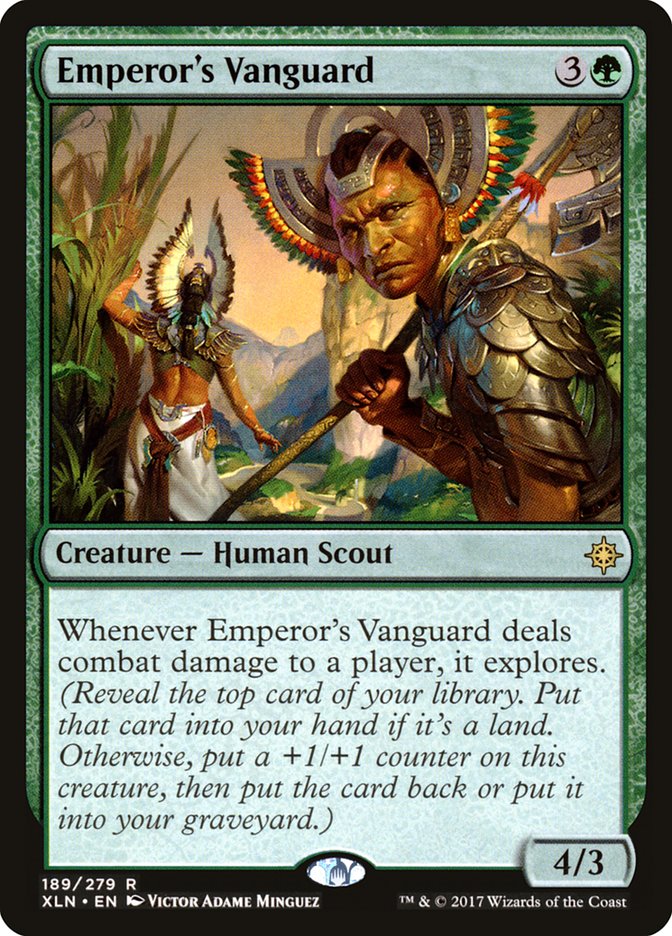 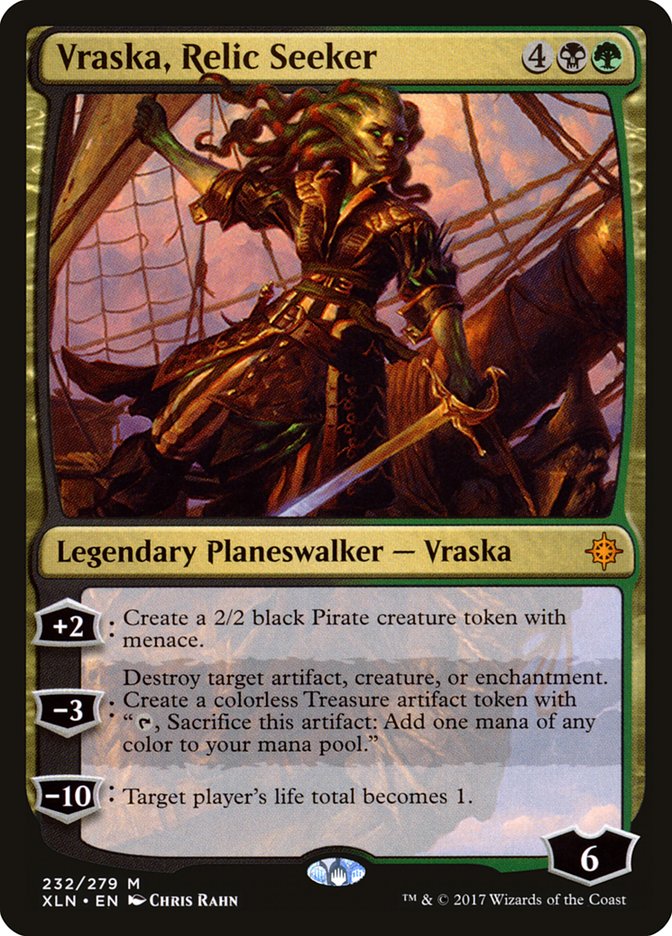 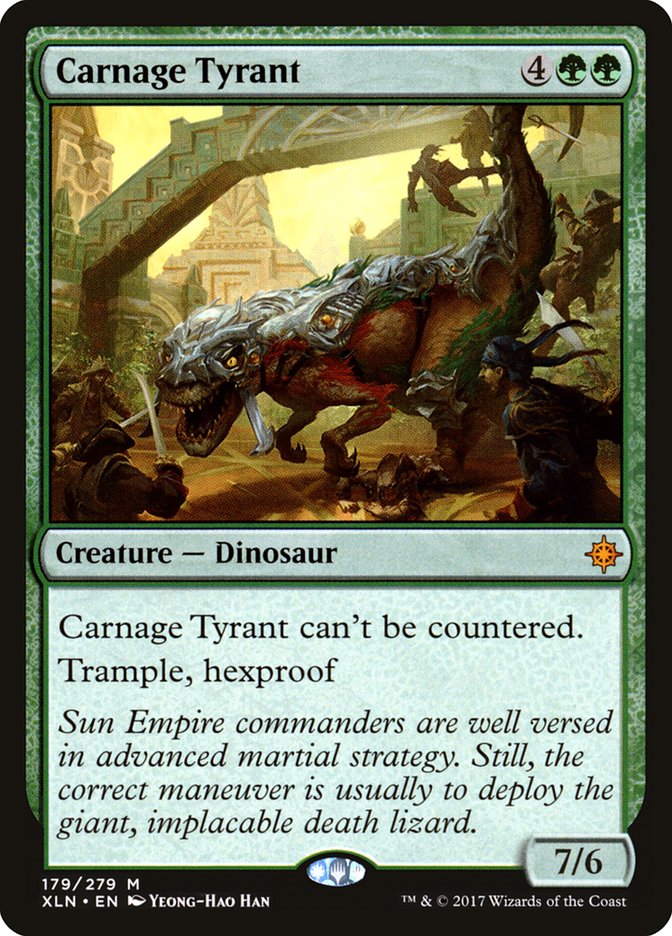 All right, respect on Carny-T. That card is really annoying. Well, it would be if I didn’t have Doomfall, Vizier of Many Faces and Trial of Ambition. And of course I will draw them all, every game, because that’s how variance works. It does my bidding. You’re never resolving a six-drop planeswalker, though. Forget it.

Okay, that’s not true. I might just let it resolve so I can exile it. That’s more fun.

As for Emperor’s Vanguard…is that from a planeswalker deck? A 4/3 for four mana that does nothing unless it hits me? Well, I don’t need to worry there, because it never will. What an utter pile of trash. I will enjoy seeing it all in the graveyard while I draw three cards a turn. You have no way to even come close to my card advantage. 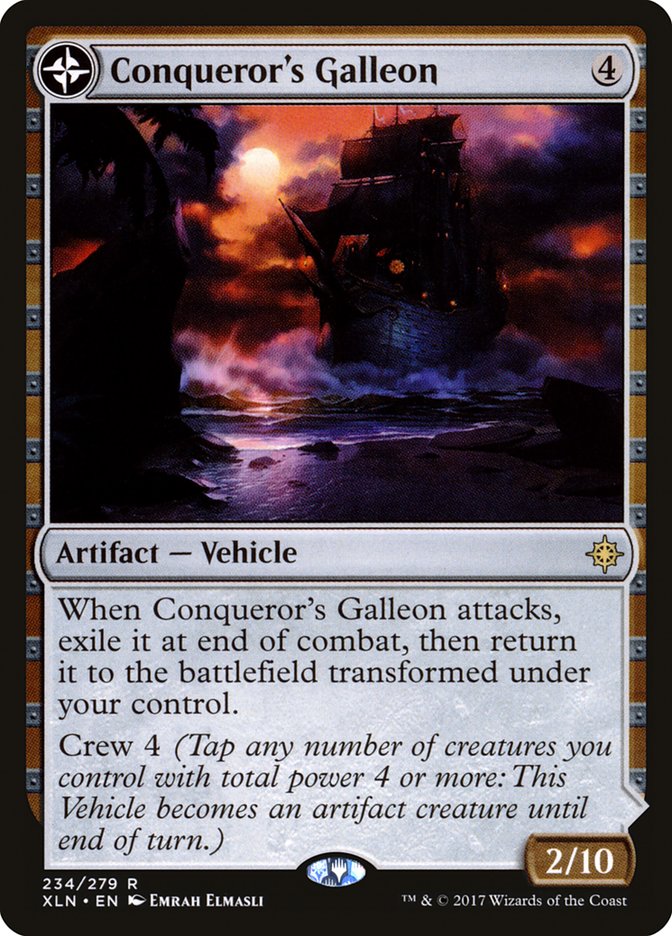 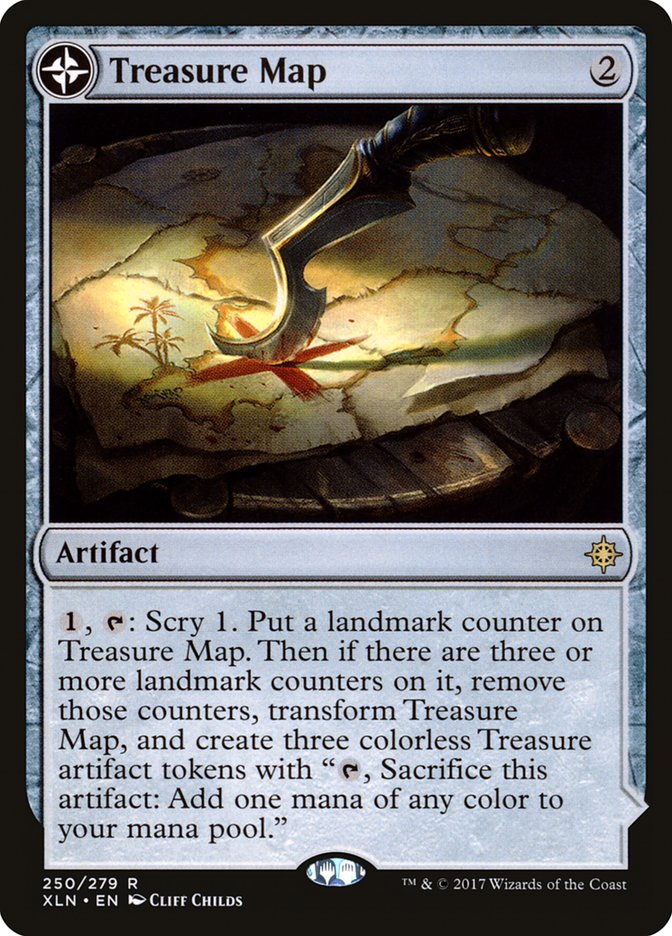 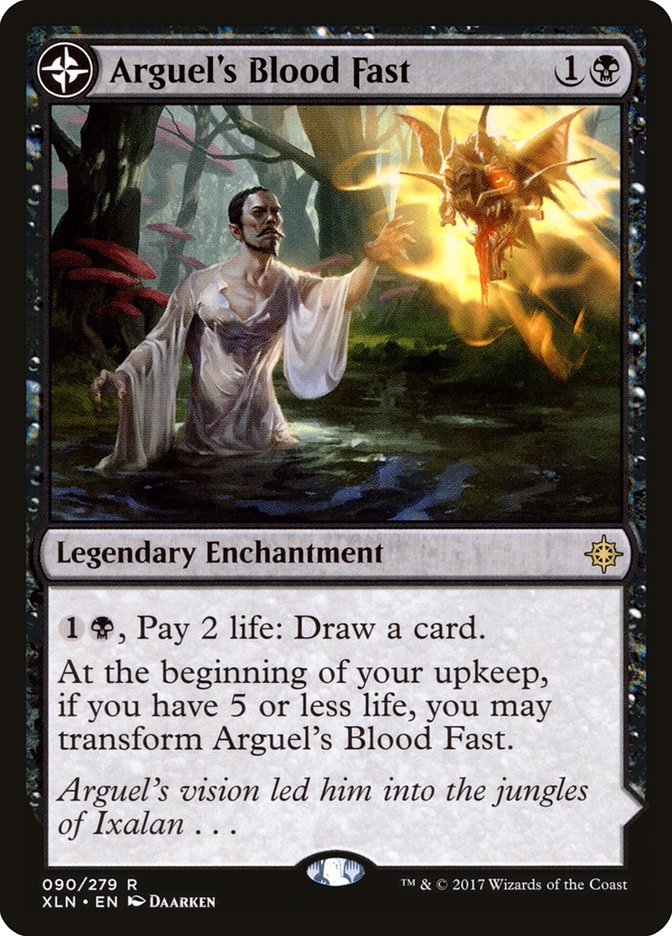 I will admit that I have never actually seen two of those cards before. I’m not even sure that boat is a real card. Whatever, ten toughness means squat to me, and I don’t even care about two damage. What’s on the other side? Well, that, uh…that’s a lot of abilities. Too bad I’ll be killing all your creatures so you can never crew it!

One day you will learn, Chris: just because a card looks sweet doesn’t mean it’s actually playable. I guess you just like building your deck out of draft chaff and bulk rares? I mean, are you really going to pay a mana each turn just to scry? Sure, gives me time to find my counterspells. That Blood Fast thing might be good, but really, you are just making it easier to kill you. The back half isn’t even good against me!

Whatever, your hypothetical Rock deck doesn’t scare me. I’ll just draw perfectly, counter all your discard, kill all your creatures, and race your card draw with my own while also never tapping out to let you do anything! Your jank isn’t even a challenge for me. Look, tell you what. I’ll play Temur Energy instead. That has fewer counters. You should be able to stand a chance against that.

When the Good Stuff Is Too Good

Look, I don’t see how you have a chance here. There’s no way to stop this deck from doing what it wants to do for very long, and even if you manage it in Game 1, my sideboard is just too good. I have access to some of the best cards in the format, and because of Aether Hub and Attune with Aether, my mana is basically perfect. I could splash practically anything I wanted. 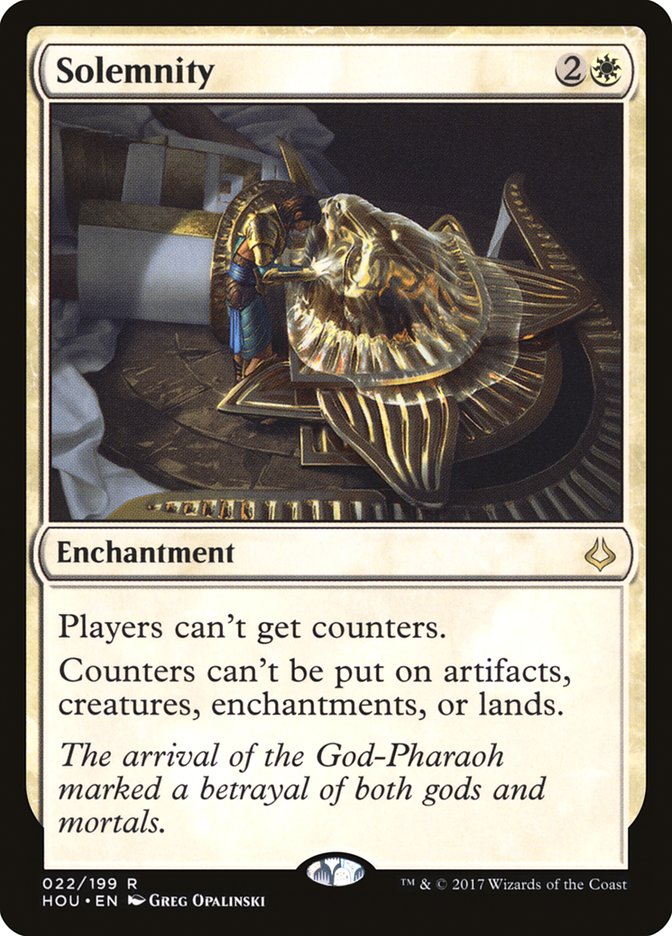 White cards? Oh, please tell me you’re playing Solemnity. Please. That card is unplayable at best. Oh, my word, it’s actually worse. Favorable Winds? Dude, I don’t even play this in Draft! Are you playing Wind Drake as well? Seems overpowered as a 3/3 for three mana right? Oh, man, this is going to be so easy.

All right Chris, let’s see what draft leftovers you are playing in this nonsense. Storm Fleet Aerialist? Skyship Plunderer? Sky Terror? Did you just look through the freebie box for every card with the word “flying” on it? Why not go all-out and play Serra Angel or Aethertide Whale? I see you have added Draft all-star Aetherstorm Roc as well, which is sure to match up beautifully with my Glorybringers.

Oh, wait. No, I mean the opposite of that. Also, lots of fodder for Skysovereign, Consul Flagship to blow up. You know, in case you wondered what a real boat looked like.

Let me get this straight, though. You want to race Longtusk Cub and Bristling Hydra with a bunch of two-power creatures that are just never going to block? Okay, cool story. In the extremely unlikely event that I even feel threatened by one of these jokes, I have infinite removal spells for them. Honestly, it might hurt me a little to cast one on one of these clowns. 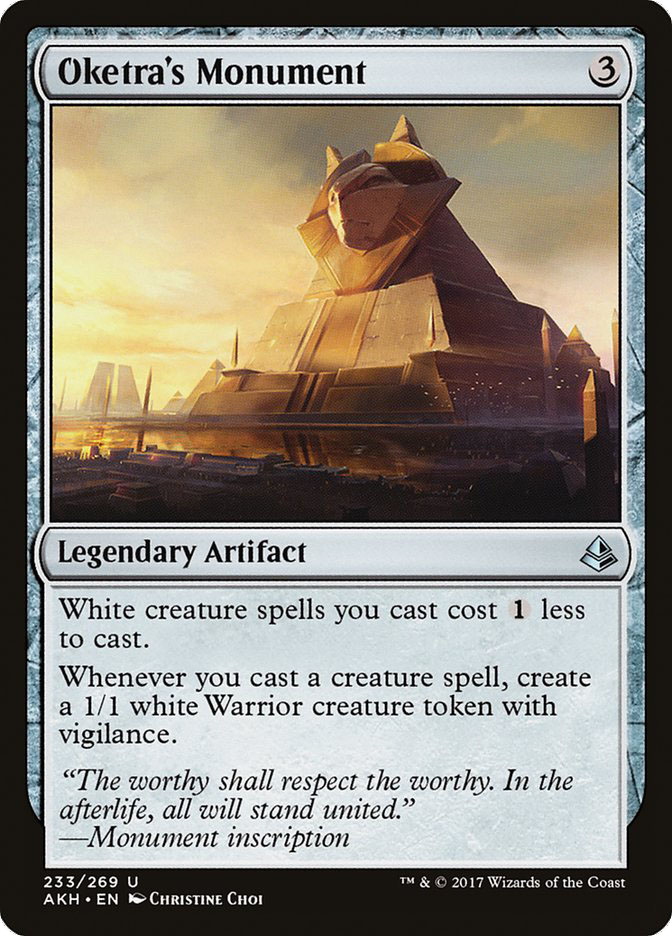 Wait, what the heck is this down here? Oketra’s Monument? Oh, Chris. You poor fool. I see the problem now. You didn’t realize rotation had happened. I am so sorry. I should have told you. There’s no Spell Queller anymore. You realize that, right? What are you going to do, reduce the cost of your Spire Patrols? Are you playing unsleeved?

I get what you are going for here; flying is good against Temur. So you decided to buy, like, a Flying Matters preconstructed deck and just add Heart of Kiran and Aethersphere Harvester? I have never even read half these cards…huh. I guess tapping down my creatures is annoying, but you can’t tap down Bristling Hydra, so I will just race you. I have my own Whirler Virtuosos, so I can just keep up with you in the air.

This plan isn’t going to work. How do you plan to beat Turn 1 Attune with Aether into Turn 1 Longtusk Cub, which I will of course have every game? I hope you don’t think you can just race me in the air.

Kinjalli’s Sunwing? I guess that’s good against Ramunap Red, but it does nothing against me. I just kill it like I will the Rocs and the Responders – with my sweet removal. We all know I am going to draw it, because my deck is perfect. It has to be; it keeps winning. Oh, I guess it makes it harder for me to block with Thopters, but I’ll just make them in your end step. This doesn’t scare me, either. You should probably just stop trying now.

I’ve tried to help you. I really have. Brewing decks is never going to get you to the Pro Tour, and if that’s not your goal, then why are you even playing Magic? Creativity is not fun; winning is. It’s the only way to have fun, and the sooner you realize that, the sooner I can stop losing to some random homebrew deck at the next SCG Tour event. It’s really irritating playing against you people and your “ideas” and “fun cards” when you could just be playing the good cards I prepared to beat. I hope you understand.

As always, thanks for stopping by the…wait, he calls this The LAB? What a scrub. Thanks for reading the SAW, where Spikes Always Win. Until next time…Netdeck On!