a) Play Goblins, with Mogg Fanatic over Mogg War Marshal and Tarfire over Warren Weirding to keep their mana creatures in check.

This is what my Goblins decklist would look like with those changes:

Gerry’s deck has eighteen lands and leans pretty heavily on its mana creatures staying alive â€” which makes perfect sense, because there isn’t a deck out there that shoots down mana creatures with relative ease. If you make the changes to Goblins that I propose, you have six spot removal spells to keep the mana accelerants in check,
plus

Rishadan Port and Wasteland to keep their fragile mana base in check.

I’m not saying this turns the matchup into a bye for Goblins or anything absurd like that â€” but it sure seems like a step in the right direction, does it not?

Here is what a very standard Enchantress deck looks like:

anything) â€” but it sure did seem well-positioned against Survival didn’t it?

Elephant Grass makes the Vengevine plan of attack look pathetic. Solitary Confinement shuts down, well,
everything
â€” and Sterling Grove not only gives you a way to find each enchantment, but also protects them. Did I mention the four Wheel of Sun and Moon in the sideboard?

I should also mention that this decklist is almost a year old. Lou Christopher
won a StarCityGames.com Open with this deck over nine months ago
, and yet it still seems perfectly reasonable in a Survival-dominated metagame. It should also be noted that this decklist was made before Leyline of Sanctity, a powerful way to stop both the discard
and
the Necrotic Ooze portion of GerryT Survival.

I played in a Legacy tournament up here in Seattle about a month ago where I went 4-0-1 in the Swiss destroying two Survival decks before losing to one in the top 8. And by “losing to one,” I mean the following took place: 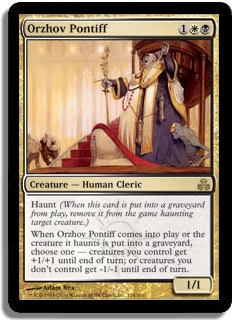 Me:
A bunch of rituals, and then Empty the Warrens for fourteen goblins.


Me:
Attack for fourteen. How are you going to beat this again?

And
that
is how you lose four Underground Seas…

I hate to beat the dead horse here, but how do Survival decks interact with Belcher? U/G Survival has counterspells â€” but the only ones you really care about are the four Force of Wills. You can dance your way around Daze and Spell Pierce rather easily.

GerryT’s Survival has discard, but Thoughtseize is really the only one that matters. Good luck sniping with Cabal Therapy against a deck that has a ton of redundant ritual effects and
three
different win conditions (four Goblin Charbelcher, three Empty the Warrens, and four Burning Wishes). And the discard goes out the window if Belcher is playing first!

In case you forgot, this is what my Belcher decklist looks like:

Were Survival decks really good? Yes! Of course. Were they beatable? Very. I
liked

that Survival was dominating Legacy. It presented a new challenge. Now we’re back to the Counterbalance, Merfolk, Goblins, 43Land, ANT metagame.

Time Spiral being unbanned is cute and all â€” but who cares? All of the proposed Time Spiral decks I’ve seen look like Solidarity decks with Time Spiral thrown in as the Hyper-Combo-Finish (anyone get the reference?). Solidarity is horrible right now because of cards like Force of Will, Daze, Cursecatcher, and Counterbalance, and I don’t think a super-cool six-mana “free” spell is going to change that.

You won’t see my shedding any tears over this one. I don’t applaud Wizards on much, but I love how this was handled. For me, it’s very black-and-white. If you do something against the rules, you pay the price. The fact that he had a history made the banning and revoking of the Hall of Fame induction even easier to me. Kudos to the people in charge for getting it right for once.

If you were watching GGSLive during
the StarCityGames.com Invitational
, you probably heard me talk about thisâ€” but I’m going to put it in print because it’s a big deal to me.

Here’s the back story: 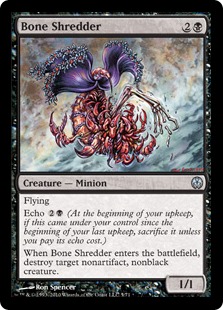 Cliff Wexler, a Florida Magic player, won a PTQ to qualify for Pro Tour: Amsterdam. Amsterdam was going to be his very first Pro Tour. Remember the first Pro Tour you qualified for? Remember how you felt? If you haven’t qualified yet, think of how happy you would be. I remember how
I
felt. “Top of the world” doesn’t even begin to describe it.

I ran into Cliff on the subway in Amsterdam, and he was beaming. He was finally getting his chance at the big time and he didn’t plan on wasting it. He did a lot of testing with the other Floridians who were qualified, and felt he had a chance to do well.

That was until disaster struck.

As Cliff was walking around the destroyed streets of Amsterdam with his friends from Florida, he stumbled on chipped pavement, landing directly on his kneecap and shattering it. He had to be flown back to the United States immediately and was never given a chance to participate in his first Pro Tour.

Imagine how you would feel â€” to have your dream taken away in such a ridiculous fashion. We can’t control everything in life, but we can attempt to right wrongs.

I spoke with Cliff, and he wants another chance to play on the Pro Tour. And understandably so! What I am proposing is that Wizards should give him another invite to the Pro Tour. There is no need to give him another flight â€” but a special invite is more than fair in my opinion. I won’t really express my opinions on the special invitations given to poker players nowadays (some are deserved, like EFro’s, while others certainly aren’t) â€” but if the powers that be are able to get those people into tournaments, I feel that they have the power to give Cliff another chance at playing in his first Pro Tour.

If you have a strong opinion on the matter, post it in the forums.

Worlds was dominated by the French and U/B Control. This is me extended a very serious congratulations to both Guillaume Matignon and Guillaume Wafo-Tapa. Very impressive job, gentlemen!

5) Congrats to GerryT for an impressive run!

GerryT is one of my best friends in the world and I just want to congratulate him on his great end of year run. I don’t believe that many people deserve anything (I feel like anything positive is earned, not deserved) â€” but few work harder in Magic than Gerry does. He is always one step ahead (pun intended) and I think it’s finally paying off. If Gerry puts his foot on the floor next year, I expect a very successful year.

You may have noticed that I haven’t been writing much recently. I also did not attend Grand Prix: Toronto, Grand Prix: Nashville, or the Worlds Championships.

If you haven’t put the pieces together yet, let me spell it out for you:

I am hanging up my serious game-playing wand.

This year was fun â€” but it was also frustrating, heart-wrenching, and unprofitable. My first year on the train was not what I wanted it to be, and I will be taking a break from the heavy amount of grinding for the foreseeable future. I am employed by two different companies that I am very happy with, and simply don’t have the time to grind as much as I had earlier in the year, when my only job and source of income was Magic.

Does this mean you won’t see me anymore? Nope. I’ll still come to events on the West Coast. I plan on attending StarCityGames.com Open: San Jose to commentate for GGSLive. I may head to Grand Prix: Atlanta to see some friends and sling a few spells. I might go to Grand Prix: Denver to hang out with Conley “Fetch, crack, take two!” Woods in his hometown. But my days of doing whatever it takes to attend every event is over. My days of playing Magic Online for six or more hours a day are over.

Ted asked me to write a wrap-up/retirement article, and I plan on doing that. But for now, this is to clear up where I’ve been and what I’ve been up to. I’m happy with what Magic has given me throughout my life. but a new chapter in my life has begun…. And I can truly say that I’m happy.