Eric Rill has reached seven Top 8s in his career on the StarCityGames.com Open Series. Of those seven tournaments, he has won four of them.

His only losses in the elimination rounds of Opens have come in the semifinals or finals, including his semifinals loss to Gerard Fabiano in Somerset where he was playing Storm for the first time. His record of 16-3 in Top 8 matches is about as good as it gets for players with as many Top 8s as he has.

Even Alec Baldwin would be impressed by Rill’s ability to close in Top 8s.

A quick talk with Rill makes his will to win basically everything quite apparent. His demeanor when playing in the final rounds of tournaments is that of someone that just wants one thing: victory. Many players become relaxed in the Top 8 after securing themselves a nice chunk of cash, but Rill stays his same silent self. His focus strengthens as he gets closer to that trophy.

“I am a quiet person in general so I don’t react too much, and it helps in being harder to read. It might have something to do with my very good record in Top 8s,” Rill said. “I am pretty cutthroat and I want to win all the time. Especially this year with the Players’ Championship and how the points mean something, winning is even more important.”

With his Legacy Open win in Milwaukee this past weekend, Rill finds himself near the top of the Season Two leaderboard among other Open Series regulars like Chris VanMeter, William Jensen, and Gerard Fabiano. With his Top 4 in Nashville and Somerset, his finals appearance in Indianapolis back in March of 2013, and his victory in Cincinnati on September 1st, along with a plethora of Top 32 finishes, Rill has a qualification for the Players’ Championship in his sights. 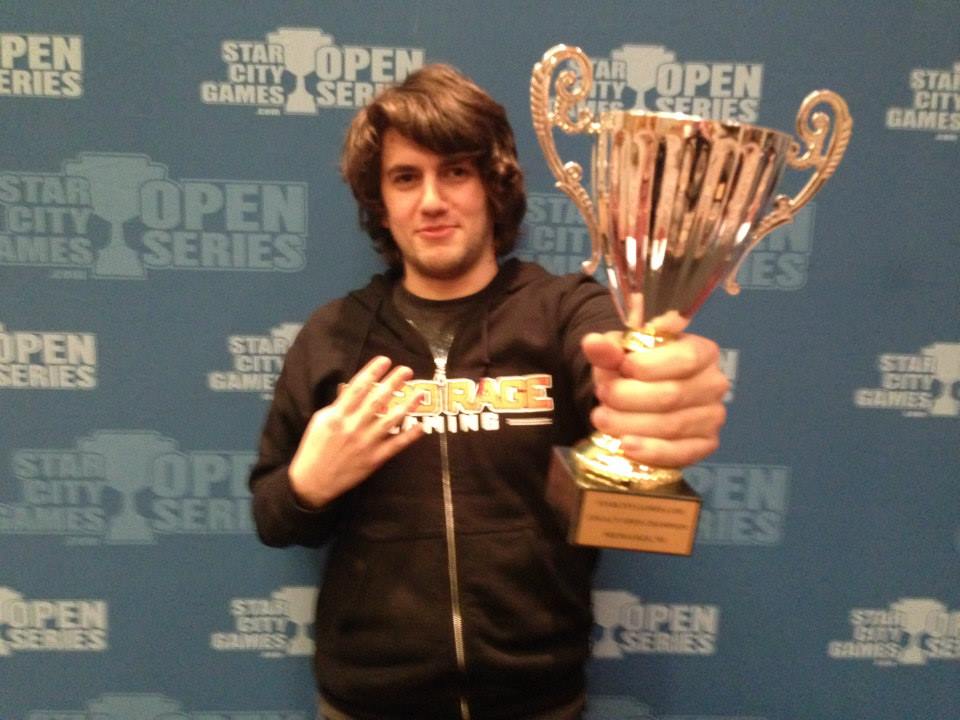 “I definitely want to qualify for the Players’ Championship now that I am this close. I’ll probably start hitting more IQs too,” Rill said. “Also, winning an Invitational would be nice and would help quite a bit. I’ve never made Day 2 of an Invitational even though I have played six or seven of them. I’ve often done well in Legacy and then did poorly in Standard to not make it into Day Two.”

It’s no stretch to say that Legacy is Rill’s strongest format. Three of his Open titles and six of his Top 8s have come in the Eternal format, where he has had success with three different types of Delver of Secrets decks and Storm. His first victory came in Columbus in 2012 with RUG Delver and since then he has changed up his deck to Grixis and four-color Delver options including Young Pyromancer in his following Legacy wins. His Standard win came in Cincinnati in February of 2013 with Naya Midrange. Rill would return to Cincinnati later that year and win with the Grixis Delver list Drew Levin and Gerry Thompson worked on.

One of Rill’s most memorable matches was in the semifinals of the Legacy Open in Cincinnati where he showed everyone just how powerful the two-mana 2/1 could be. Facing off against Ben Perry and his Belcher deck in the final game of the match, Rill was able to beat Perry’s eight goblins on turn two by generating enough elementals to trade off and take over the board to win.

After taking down his second Open in Cincinnati, Rill put Young Pyromancer on the map. But Rill wasn’t done there. After playing Storm for a few events, Rill went back to brewing with Delver and Pyromancer after killing himself with Ad Nauseam a few times too many. What Rill ended up deciding was that three colors weren’t enough and ended up splashing green so he could utilize Deathrite Shaman in his Grixs shell and not be completely dead to an Engineered Plague on “Human.”

The result? His fourth trophy and an undefeated record through the Swiss. His brew led to many interesting interactions before the Top 8, where many of his opponents couldn’t figure out what he was playing.

“This is my first real brew I got to win with, the Grixis list is something Drew and Gerry came up with,” Rill said. “This weekend was more of my touch, an evolution of the same deck. I always wanted to win an event with my own brew so I have played some janky decks.”

The big reason Rill likes Legacy so much more to other formats is the skill gap. It’s no surprise Rill’s victories in Legacy have been with decks including Brainstorm and Ponder. Rill said that the nuances and decisions to be made with those cards ups the skill intensity in the format. Combine that with Gitaxian Probe, the best card in Legacy according to Rill, and it’s tough to argue with his results.

“I think Legacy is a little more skill intensive and there are a lot more decisions and things to play around. I think it is a format I understand pretty well at this point and a lot of people don’t,” Rill said. “It gives me a pretty big advantage over people that aren’t used to Legacy, where as in Standard there is more variance. With cards like Ponder and Brainstorm, the game is less draw dependent, you get to fix your draws. Your nut draws are only one turn better than all your other draws when you Ponder or Preordain first.”

Rill’s propensity to try new decks is a strategy he employs to get another edge on his opponents. Whether it’s a Goblins deck splashing white for Restoration Angel to combo with Kiki-Jiki Mirror Breaker, or a U/R Talrand, Sky Summoner build with Bonfire of the Damned, Rill isn’t afraid to try something new. That’s even how he wound up playing Storm. Like many players that don’t actually own any cards, Rill is often dependent on playing decks his friends have available. When prepping the night before for the Legacy Open in Somerset, a friend dared him that he wouldn’t play Storm. His semifinals appearance the next day proved he was up for the challenge.

“For Somerset a friend challenged me to play Storm, so I took it and played it without ever shuffling the thing up,” Rill said. “Then I made Top 4 the first time I ever played the deck, and punted real bad on camera to Fabiano and lost. Not a bad showing for my first time. But I like to play whatever, and expand my range and play a lot of different decks to get better.”

While Rill has the race for the Players’ Championship on his mind, he is also starting to focus on Pro Tour Journey into Nyx in Atlanta next month. It will be Rill’s first Pro Tour after winning a 340-person PTQ in Columbus with U/W Control right before Born of the Gods’ release.

“I am pretty excited, I have put together a little squad of random Midwest PTQ winners and we have a Facebook group and are going to get a house down there the week before the PT and do some testing,” Rill said. “Andrew Morrow, Steve Rubin, Kevin Gerhart, and just a couple of guys we got working together, so we’re waiting on the spoilers for Journey into Nyx to start testing block.”

With the year Rill is having, it’d be a good idea to keep an eye on him in Atlanta. One thing is for sure, he will be someone to follow for Season Two of the Open Series leading into the Columbus Invitational as he continues his race to the top of the Players’ Championship leaderboard. Maybe he’ll make Day Two an Invitational and get a chance to make a 1/1 red elemental token with his likeness on it. 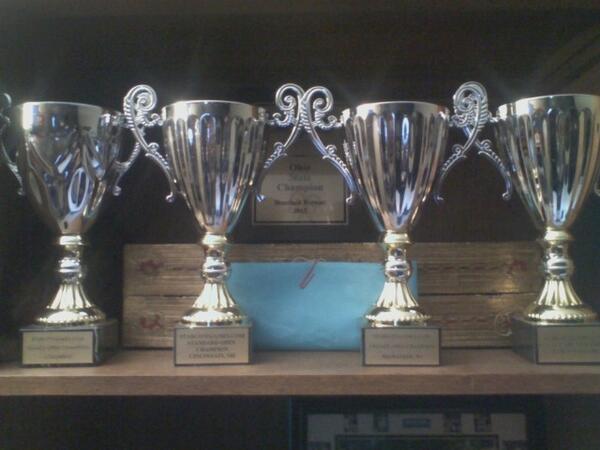