You live and you learn. Unfortunately for me, when it comes to Magic it is best to do the learning part before a big tournament, not during.

This past weekend saw the Season Two Invitational in Columbus, Ohio. As a primarily Limited player, it’s always a little frustrating when such a high-value Constructed tournament comes around. You know you have to play in it, you just have no idea what you should play.

If nothing else, I knew going into it that I wanted to play something with four copies of the card Sphinx’s Revelation in it. There’s nothing like drawing a bunch of cards and gaining a bunch of life, you know? Although Esper and U/W/R both seemed appealing and powerful, having a manabase chock full of tap lands didn’t look all that exciting to me. Left with the remaining option of straight U/W control, it was time to pick a flavor.

Here we have the baseline of U/W Control that Simon Stahl took to an Open win in Detroit a couple of months ago. As you can see, he sported a win condition pair of Elspeth, Sun’s Champion and Aetherling, as well as a single Elixir of Immortality for those long grindy games. Along with his Sphinx’s Revelations and win conditions, Simon had a pretty standard assortment of cheap removal, draw spells, counters, and sweepers. The real point of interest, however, is Detention Sphere.

In a deck like U/W Control, Detention Sphere offers the best possible effect you can ask for. It can stop early beaters, take care of problem permanents from Thassa, God of the Sea to Underworld Connections, and it even picks up the occasional two-for-one. It is a simple and effective catch-all. That being said, when is the best effect possible not something you actually want to have in your deck? When everyone knows it is the best thing you have and have come prepared to beat it.

Once people began to know and fear U/W Control, black devotion decks began to splash green for Abrupt Decays and any deck with a reasonable anti-enchantment sideboard option started to make some room maindeck just to punish all the Detention Spheres running around. So what was a U/W mage to do?

Realizing how ready the field was for Detention Sphere, Jim decided to take his tried-and-true U/W Control build in another direction entirely. By replacing Detention Sphere with Planar Cleansing, Jim was able to completely blank everyone’s enchantment removal in Providence while still having an unexpected way to deal with pesky permanents.

Unfortunately, because Jim was able to take the deck to a top four finish in Providence, I was afraid the cat might be out of the bag on Planar Cleansing. It is the type of card that is awesome when people aren’t ready for it or don’t expect it, but which is pretty mediocre when they do. Even still, jamming Planar Cleansing seemed a lot better than risking getting my Detention Spheres blown up all day, so I decided to trust in Jim Davis and run with the Planar Cleansing plan for the Invitational.

The one big change I made from Jim’s deck was eschewing a few of his six-mana win conditions for Elixir of Immortality. Although it is nice to be able to play a card like Aetherling that effectively says “win the game” once you’ve established control, getting to a point where you have control of a game is a lot harder when you have a six-mana card clogging up your hand. To be honest, I wanted to cut the last Elspeth and go all-in on Jace, Architect of Thought and Elixir of Immortality as win conditions, but everyone I spoke to called me crazy.

Too bad I didn’t talk to Reid Duke….

As for the tournament itself, I made it through day one with a 3-1 record in Standard. My one loss came against a Naya Aggro player and can largely be credited to my lack of knowledge about Constructed. After getting beaten down by the likes of Fleecemane Lion and Ghor-Clan Rampager in the first game, I made the brilliant decision to sideboard out my Last Breaths as it didn’t seem like there was much for them to target. Imagine the egg on my face when my opponent played Voice of Resurgence on turns two and three.

You live and you learn…

My own blunders aside, I did learn a thing or two about the deck. Most importantly, Planar Cleansing felt like it was simultaneously the best and the worst card in the 75. On the one hand, I got to experience the sheer joy of knowing my B/G opponent had Abrupt Decays stranded in his hand during our match. On the other hand, I found out the hard way you can never really board them out, even if they seem terrible in the matchup.

For example, in the third round of Standard I played against a R/W Burn deck. I was able to win game one pretty easily by using Last Breaths on his Chandra’s Phoenixes and using Sphinx’s Revelation to stay out of burn range. Going into the second game, taking out Planar Cleansing appeared to be the obvious call. I didn’t think his deck played many creatures, and the ones that it did were too cheap for Cleansing to take care of effectively.

To start things off, my opponent had Banishing Light for my Fiendslayer Paladin. Although that meant I wasn’t going to get a free win, it wasn’t the end of the world. Things took a turn for the worse once Chandra, Pyromaster hit play the next turn. Without Planar Cleansing or Detention Sphere in my deck, I basically had no way to answer the Planeswalker.

Fortunately, I was able to bring a couple of Planar Cleansings back in for game three and pick up the win. Even still, it got me thinking: do you always leave Planar Cleansing in the deck? If you don’t, you run the risk of losing to random hard-to-answer permanents. Not to mention, what decks are Planar Cleansing good/bad against in the first place?

It is good against a deck like Jund Monsters that you know is going to try to overwhelm you with multiple permanents of different types.

It is bad against aggressive devotion decks like Mono-Blue Devotion. Not only do they have cheap threats that Cleansing doesn’t match up well against, their marquee card (Thassa) is indestructible.

Sure, it’s good against black decks splashing green for Abrupt Decay, but only because they can uncounterably kill Detention Sphere. Otherwise, Detention Sphere is a much quicker and cleaner way to answer cards like Underworld Connections or Pack Rat. 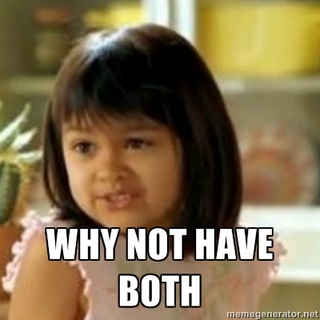 You might notice this deck looks strikingly similar to the deck I played in the Invitational. You would be right, barring one change: I jammed four copies of Detention Sphere into the sideboard. After thinking about the Planar Cleansing conundrum, it made perfect sense. Since at this point people were well aware of the Planar Cleansing tech, even if they had Abrupt Decays against you in game one there was no way they would leave them in once they knew what you were doing. In theory, this would leave the door wide open for you to bring in Detention Sphere for game two and catch them with their pants down.

As it turns out, that’s exactly what happened to me during the first two rounds of the Standard Open. Both of my opponents were playing B/G Devotion, and both of them lost game one to Planar Cleansing with Abrupt Decays stranded in their hands. Imagine their surprise when I was able to Detention Sphere their Underworld Connections on turn three for game two and they knew there was no answer to the card left in their decks. Sure, it would have been possible for them to bring Abrupt Decay back for game three if I had lost the first game, but who’s to say you can’t just switch back to Planar Cleansing? If you make the wrong call in the mind game, your Detention Spheres are vulnerable, not useless. If they make the wrong call, they are left with a card in their deck that does absolutely nothing.

For the third round, I got to play against a Mono-Blue Devotion deck. It felt great to be able to ditch the clunky Planar Cleansings after game one in favor of Detention Sphere. It is safe to say I wouldn’t have been able to beat my opponents turn-three Thassa without it.

I’d love to tell you about how I went on to win the tournament and get commended for my sweet and innovative sideboard strategy. Unfortunately, that’s not how this one turned out for me. I lost the following round to eventual Top Eight competitor Alec Myers, and again in the next round to some below-average draws against another copy of Mono-Blue. All things considered though, the Detention Sphere sideboard plan felt great.

If I were to play in Grand Prix Chicago this weekend, it would definitely be with U/W Control. The deck is powerful, consistent, and has game against every deck in the format. The Detention Sphere sideboard plan is strong and will catch people off guard, but the rest of the board needs a little work if you’re going to play it that way. Renounce the Guilds doesn’t work particularly well with Detention Sphere, and was mainly in the board as an answer to Domri Rade since Planar Cleansing can be too slow to stop the ultimate. With Detention Sphere back in the mix, this is no longer an issue. The one card that I did leave myself a bit vulnerable to, however, was Mistcutter Hydra. By cutting both Celestial Flare and Reprisal from the sideboard, Alex Myer’s Mistcutters were especially deadly in our match and they played a large role in beating me.

This is the exact 75 I would play in a Standard tournament this weekend. If you’re afraid of going to time or just really like having win conditions, there’s no harm in playing Elspeth or Atherling in the maindeck. The main thing I wouldn’t recommend changing is having Detention Sphere in the sideboard. Standard is all about being one step ahead of the competition, and this list will give you an edge.