Aggressive Mono-Black decks have placed in a few Standard tournaments in the past few months, and Journey into Nyx provided some much-needed power to the
archetype. This list placed well in a daily event, so I tried it for myself to see if Gnarled Scarhide and Master of the Feasts were good enough to
compete.

The idea behind the deck is getting eight to ten damage through with the twenty creatures that cost two or less, finishing the job with evasive three-drops
Lifebane Zombie and Herald of Torment or making the team unblockable with Mogis’s Marauder.

In practice, I lost. A lot.

Ideally Mono-Black Aggro would be full of cheap efficient attackers that no one else has access to. One of the problems in current Standard is that playing tweleve one-drops is not that special. Oftentimes it would be, but a lot of decks could do this and choose not to. Loyal Pegasus, Soldier
of the Pantheon, Elvish Mystic, Experiment One, Judge’s Familiar, Cloudfin Raptor, Firedrinker Satyr, and Foundry Street Denizen are just as good as or
better than Rakdos Cackler, Gnarled Scarhide, and Tormented Hero.

Standard has a plethora of midrange creature decks, so the board gets cluttered early. Attacking into Frostburn Weird, Courser of Kruphix, Nightveil
Specter, and Voice of Resurgence is just not something that any of the creatures in Mono-Black Aggro is really equipped to deal with.

Theros block has also encouraged decks to have some sort of enchantment removal like Deicide, Unravel the Aether, Golgari Charm, Keening Apparition, or
Wear // Tear. The splash damage of all this sideboard hate is that Mono Black Aggro’s Gnarled Scarhides, Brain Maggots, Herald of Torments, and Master of
the Feasts are easily removed, even by decks that would have a huge problem with them normally.

My results shouldn’t depress you if you are dead set on making Mono-Black Aggro work. There has been a time in the past when a small black creature deck
did very well in Standard, and there may be lessons to learn to apply to the current format.

There are similarities to current Mono-Black Aggro: 21 creatures with ideal cost two or less, Dark Tutelage and Pain Seer, Lavaclaw Reaches and Mutavault,
Lifebane Zombie and Gatekeeper of Malakir.

The difference appears to be efficient removal and resilient creatures.

Bile Blight and Hero’s Downfall are removal, but not efficient removal (killing a card that costs more than itself). Bile Blight’s -3/-3 rarely
kills a card that costs three or more on its own, and Hero’s Downfall has a similar issue with cost four or more. This means that you cannot capitalize on
canceling your opponent’s play with a lesser-cost card to develop your board further. Disfigure, Dismember, and Snuff Out are examples of black cards
currently absent from Standard that would fill this role.

Thoughtseize seems like it may fit the bill as one-cost removal, but it is a very different type of card. Instead of spending less mana than your opponent
and negating their card, Thoughtseize actually costs its user mana and the opponent zero. The disruption Thoughtseize provides attempts to open a hole in
the opponent’s curve for you to capitalize on by spending all your mana, snowballing the advantage.

Bloodghast and Kalastria Highborn are two-drops that are resilient threats and are very difficult to trade profitably with. Bestow creatures accomplish a
similar feat in theory, but in practice, four and five mana is too expensive for 22 lands to reach consistently. Chandra’s Phoenix and Young
Pyromancer are the closest parallels in current Standard, but sadly, neither is black. Xathrid Necromancer requires more humans and a sacrifice outlet to
cash in multiples for that kind of card to truly shine.

Mono-Black Aggro seems to be missing just a few more things to be truly competitive in Standard. A version that I recommend if you want to try it yourself
is:

Thrill-Kill Assassin is great at being pseudo-unblockable against most decks, but at the end of the day, it’s still a two-power creature for two mana.
Mono-Black Aggro is full of two-power creatures, and being unable to block one of them doesn’t mean that you are actually getting more damage through than
just attacking with your whole team. Brain Maggot and Spiteful Returned offer different avenues of attack, as well as working well with Mogis’s Marauder.
Pack Rat could be better, so that is something to keep an eye on. Maindecking Master of the Feast rather than sideboarding in enchantments vs. enchantment
removal seems like a prudent play if it is actually something worth doing.

Burn was my favorite deck towards the end of the previous Standard season. Mana Confluence becoming popular could only mean good things for such a
strategy, and R/W Burn winning the Open Series in Knoxville bodes well for its continued presence in the metagame. This week I did a video series which can
be found here.

I did not do very well in the Daily Event, but I am willing to believe it was due to variance or inexperience with its newest card, Eidolon of the Great
Revel.

Most burn decks agree on about 54 of the starting 60 cards, and the debate between builds is in the two-drop creature slot and two spells, shown here as
Wild Guess. 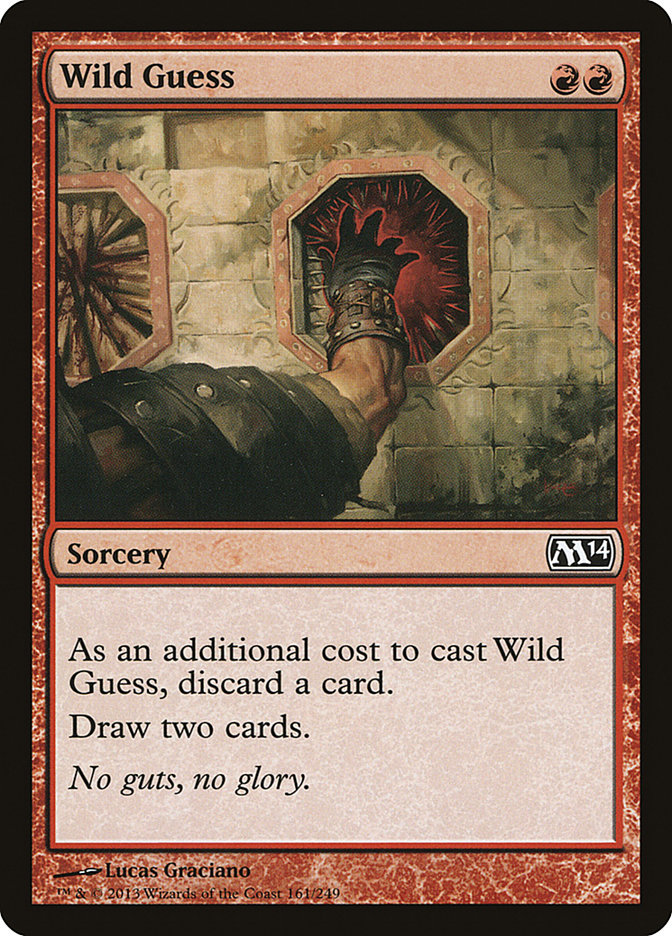 Satyr Firedancer excels against decks that have little removal and are fast enough that you would normally have to point burn spells at creatures to
survive; therefore, it’s great against Mono-Blue Devotion, Naya Aggro, and Mono-Green Devotion, but rather poor against Mono-Black Devotion and U/W/x
Control. This guy is basically the opposite of Eidolon of the Great Revel on power level in matchups.

Young Pyromancer is generically good against most decks, offering a level of combat and trickiness not found in the other cards in the deck. Boros Charm
for indestructible is particularly potent at wiping out attacking armies or making certain that Supreme Verdict will not save them. It’s not as good as
Satyr Firedancer or Eidolon of the Great Revel at their best but does not have completely horrible matchups either.

Burn had a strong showing among States decks, and the prevailing choice of Eidolon of the Great Revel over alternatives could be attributed to its success
in Knoxville and hivemind mentality as much as how good it actually is in the archetype.

That being said, Wild Guess is not remotely playable under any circumstances. The “combo” of discarding Chandra’s Phoenix and returning it in practice is
actually a very poor play. Instead of Turn 2 Wild Guess discarding Phoenix, Turn 3 Skullcrack, Turn 4 Phoenix, why aren’t you just playing Skullcrack into
Phoenix? You actually do more damage that way, far exceeding what meager value you got from Wild Guess. Taking these out for either Chained to the Rocks,
Banishing Light, Shock, or Toil // Trouble would be prudent.

Drawing two Mana Confluence in one game is a game-losing proposition, so I would drop one for a Boros Guildgate at the very least.

No matter which version of Burn you end up playing, mono-color devotion strategies are going to be a problem. The best solution I have seen has been
sideboarding Mizzium Mortars and Chandra, Pyromaster to turn into a pseudo-control deck, burning out all threats and winning with sustained damage
permanents. This option is conspicuously absent from a lot of Eidolon of the Great Revel lists, and should be remedied immediately.

Black devotion has been a top contender for months, and the newest iteration seems to be the most resilient yet. I also did a video series on this deck,
found here.

Abrupt Decay really is that good and worth splashing for, as it answers problematic permanents Detention Sphere, Banishing Light, Underworld Connections,
and Chained to the Rocks. Golgari Charm is also great at beating Assemble the Legion, Young Pyromancer, and Eidolon of the Great Revel from Burn, as well
as wiping out x/1 creatures found in Hexproof, Mono-Black Aggro, Mono-White Aggro, and Sullivan Red.

The choice of Nightveil Specter or Lifebane Zombie is totally up to the user to decide. At SCG States, the top three decks were U/W/x control, R/W Burn,
and B/g devotion. This would mean Nightveil Specter is the current correct choice, being superior to Lifebane Zombie in each of those matchups. With this
in mind, I offer my version of what would be the ideal B/g Devotion deck going into next weekend:

Finally, I’ll say congratulations to Patrick Chapin for winning the Pro Tour. Pat is one of the hardest-working men in Magic, and this finish was a long
time coming.