The wait is over!

While you’ve been playing in or watching Season Two of the 2017 SCG Tour, we’ve been hard at work on planning Season One of the 2018 SCG Tour. 2017 has been a great year for the SCG Tour, but that doesn’t mean we can’t improve things to make 2018 the best year the SCG Tour has ever seen!

Let’s kick things off with the 2018 SCG Tour Season One Schedule, shall we?

I said this earlier this year and I’ll say it again now – players love Modern! From attendance in Opens and Classics to viewership at home, people can’t seem to get enough of Magic’s most dynamic format. And for me personally, I can’t get enough of covering Modern tournaments from the SCG Tour booth, as I love watching Grixis Death’s Shadow, Eldrazi Tron, Storm, and all of the other wacky decks that were probably never supposed to exist do their thing. As a result of all these factors, we’re happy to bring you more Modern than ever before during Season One of the 2018 SCG Tour with Modern Opens in Roanoke (December 2-3), Columbus (January 6-7), Indianapolis (February 17-18), Dallas (March 10-11), Baltimore (March 17-18), Milwaukee (April 7-8), Louisville (May 19-20), and Minneapolis (May 26-27).

Another thing we’ve noticed is that players love playing and watching release weekends of new sets, and SCG Dallas was no exception. The excitement of seeing a new set in action is a feeling that never gets old, as demonstrated most recently with the release of Ixalan. As such, our Standard Opens during Season One of the 2018 SCG Tour will be held on the release weekends for Rivals of Ixalan (Dallas, January 22-23) and Dominaria (Atlanta, April 28-29).

Lastly, with your overwhelmingly positive feedback on our unique Team Constructed format at SCG Baltimore, SCG Louisville, and SCG Atlanta earlier this year, we’ve brought that format back not once, not twice, but thrice during Season One of the 2018 SCG Tour. Be sure to mark your calendars and find two of your best friends for Team Constructed Opens in Philadelphia (January 27-28), Cincinnati (March 24-25), and Baltimore (May 5-6) next year!

This should look pretty normal to regular attendees of the SCG Tour, but a few things worth noting:

1.) Modern has been obscenely popular on the SCG Tour, so every SCG Tour weekend will have a Modern Classic on Sunday.

2.) Our Team Constructed Open weekends will continue to have a Modern, Standard, and Legacy Classic on Sunday so that all players have a tournament to play in if they miss out on Day Two of competition.

3.) Speaking of Legacy Classics, thus far in 2017 our Legacy Classic attendance has exceeded our expectations, so we’ve added more of those in 2018!

Because SCG Tour Opens all have the same number of rounds every weekend, we decided that we wanted a player who went 11-4 at SCG Richmond (tenth through 22nd place) to receive the same SCG Points as someone who went 11-4 at SCG Syracuse (sixteenth through 33rd). Therefore, in 2018, beginning at the Modern Open at the 2017 Season Two Invitational, SCG Points at SCG Tour Opens will be distributed as follows:

The dates, locations, and formats for Season One of the 2018 SCG Tour are cool and everything, but I know what you’re really here for. You want to know about the sweet playmats we’ll have available for those participating in Opens and Classics starting with those held alongside December 1 – 3’s 2017 Season Two Invitational Weekend. Well, here they are!

All participants in an SCG Tour 2018 Season One Standard Open or Classic will receive an exclusive playmat featuring Hostage Taker! 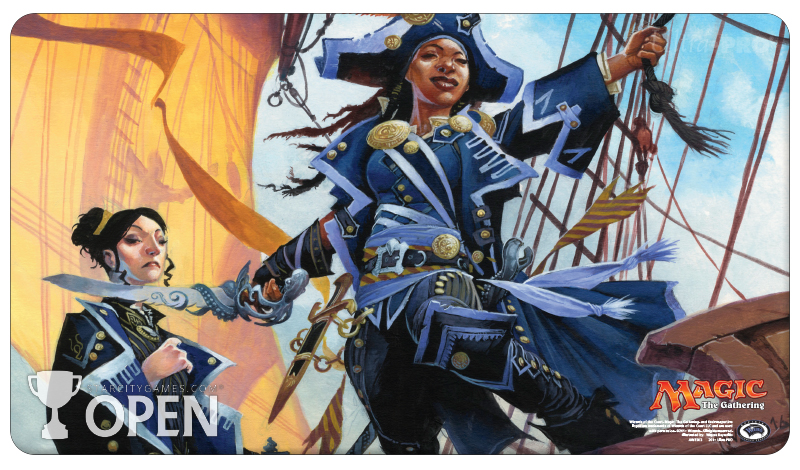 All participants in an SCG Tour 2018 Season One Modern Open or Classic will receive an exclusive playmat featuring the new Iconic Masters artwork for Oblivion Stone! 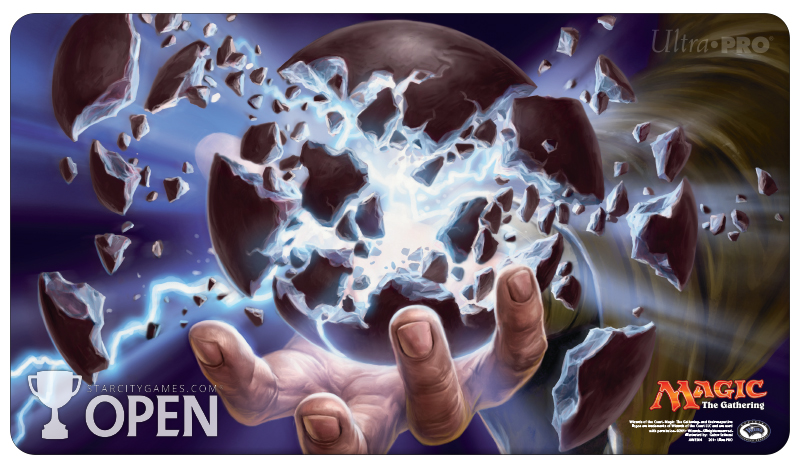 All participants in an SCG Tour 2018 Season One Legacy Open or Classic will receive an exclusive playmat featuring the Amonkhet Invocation version of Doomsday! 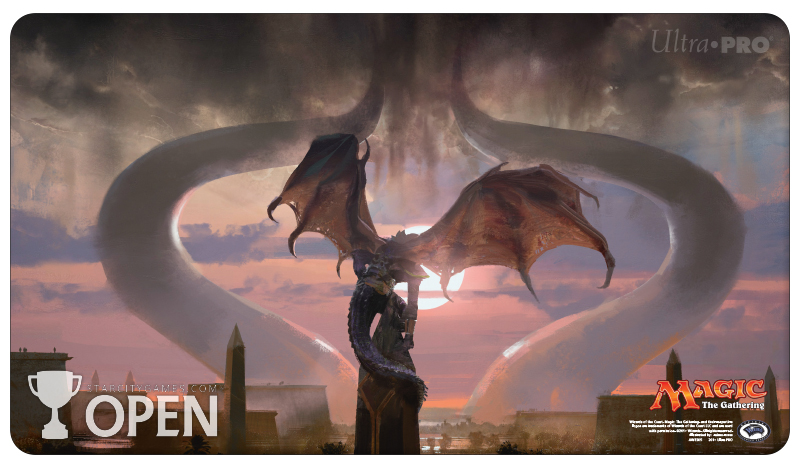 When one wins a StarCityGames.com Invitational, one receives a boatload of prizes:

Well, my friends, you can add one more thing to that list! Beginning in March 2018 at IQs around the globe, winning an Invitational will also see your likeness immortalized on a playmat for our IQ participants! So, as an example, for our most recent Invitational champion, Brian Coval, this is what things would look like: 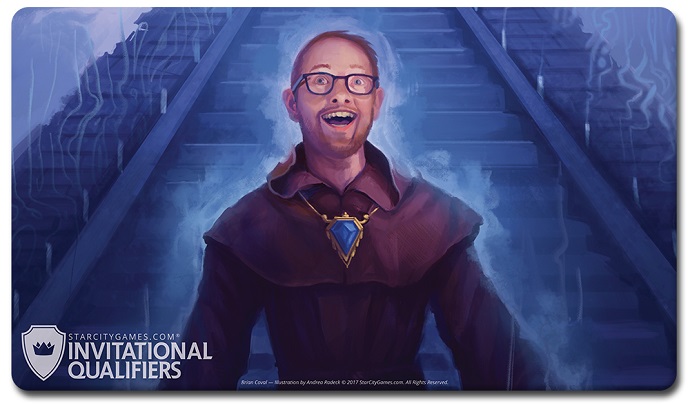 Will you be the first player in SCG Tour history to have your likeness on both a custom-made token and a custom-made playmat? Your first opportunity to make history is at our Season Two Invitational later this year! In the meantime, feast your eyes on what IQ participants will be competing for starting in December! 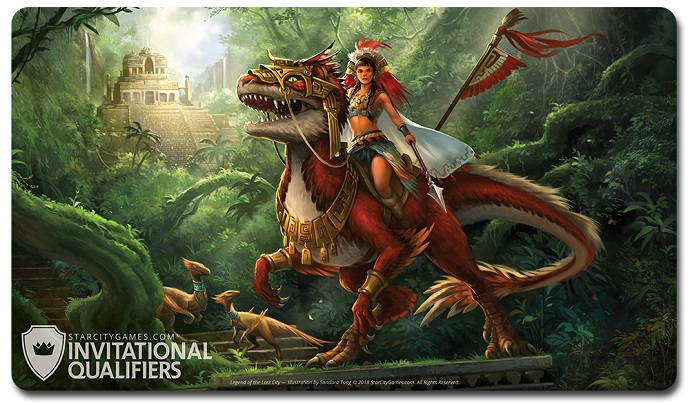 Legend of the Lost City

As is always the case, I want to make it known that we value everyone’s feedback; it helps make the SCG Tour possible. So if you have constructive feedback about the SCG Tour, let me know! I’ll be at SCG Cincinnati this weekend, but if you won’t be, you can communicate your feedback on Twitter at @StarCityGames.

Thanks for all your support of both StarCityGames.com and the SCG Tour. And most importantly, we look forward to seeing you at the SCG Cincinnati Open Weekend on October 21-22!