Hall of Famer William Jensen will be back in action on the StarCityGames.com Open Series this weekend, looking to reclaim the top of the #SCGPC leaderboard when he makes the trip to #SCGSEA.

Jensen recently was dethroned from the top spot on the leaderboard after holding the lead for months despite not playing in an Open since the Invitational and the Legacy Open in Las Vegas December 13-15. While playing in Pro Tour Born of the Gods and Grand Prix Barcelona kept Jensen from hitting up any recent Open Series events—and rightfully so—he has also been absent from the Series due to it hitting up the Midwest and East Coast as of late.

Jensen’s inactivity on the Open Series did open the door for Brian Braun-Duin to take over the top spot thanks to his determination to make a run at the secured slot into the end of the year SCG Players’ Championship. BBD cobbled together enough Open Points to get within striking distance of Jensen thanks to attending almost every Open this season. Braun-Duin used his Top 8 in the Legacy Open at #SCGATL to finally claim his spot atop the leaderboard on March 2.

But now that he is back from the Pro Tour in Valencia and a Top 4 finish in GP Barcelona with teammates Owen Turtenwald and Reid Duke, Jensen will be back on the hunt as the Open Series hits the West Coast. While Jensen is eight points out of first place, he is no stranger to stringing together a run of strong finishes on the Open Series. Jensen had a run of making the Top 8 in five straight Open Series events he played in last year, capping it off by winning a rare Sunday Standard Open in Salt Lake City with Jund. And while Jensen did tell me he’s definitely going to the Open Series in Seattle, he wasn’t decided on going to #SCGLA next weekend. He said the race for the SCG Players’ Championship was a consideration in his decision-making process but not the only factor.

Let’s take a quick look at the Top 32 before going into more of the happenings with the race for the SCG Players’ Championship. 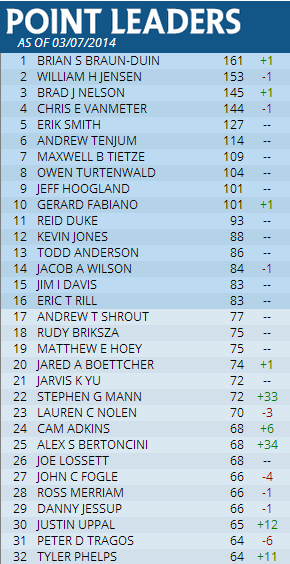 Chris VanMeter’s stay in third place lasted only one week after his Top 4 in the Standard Open in St. Louis on February 22, as Brad Nelson made good use of the weekend of March 1-2 despite declining to play at #SCGATL. Nelson was busy winning an IQ with the Naya Aggro list he wrote about last week and making the Top 8 of another the very next day. Now Braun-Duin, Nelson, and VanMeter will be grinding the IQ circuit as the Open Series visits Washington and California before Season One culminates with the Invitational in Charlotte at the end of the month. 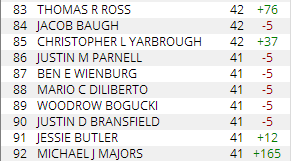 Other notable shakeups on the leaderboard include Stephen Mann’s huge jump to 22nd place thanks to his win in the Legacy Open at #SCGATL and his Top 32 in the Standard Open the day before. Alex Bertoncini also climbed into the Top 32 after making the Top 16 of the Legacy Open in Atlanta.

Other players to take note of outside the Top 32 are Tom Ross, Michael Majors, and Chris Yarbrough—all three had strong showings in Atlanta. Both Ross and Majors made the Top 64 of the Standard Open and then made the Top 8 of the Legacy Open to climb into the Top 100. Majors fell to Mann in the finals and Ross lost to Majors in the semifinals of what was one of the strongest Top 8s in recent memory. Yarbrough has quietly been putting up results on the Open Series (including a Top 8 of the #SCGNASH Standard Open) and is a good player to watch for in the future as he has shown a propensity to travel to many Opens along the East Coast and in the Midwest.

Now let’s take a look at this weekend’s festivities in Seattle! 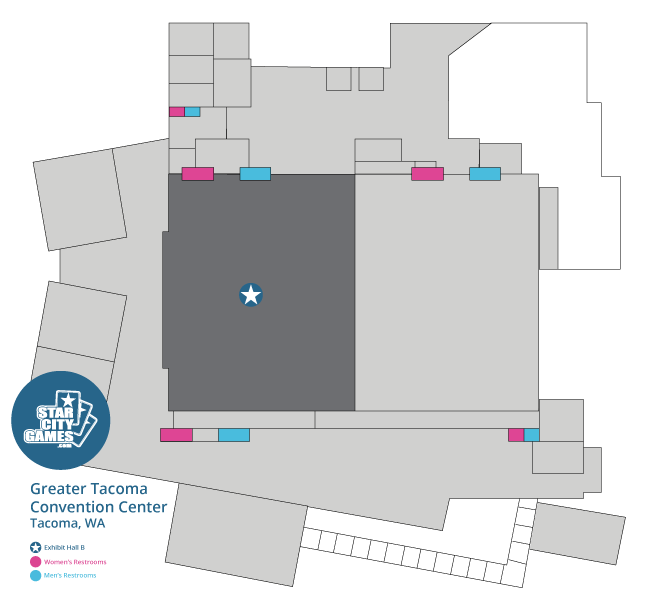 While the hashtag for the event is #SCGSEA, we will technically be in Tacoma and will be operating inside the Greater Tacoma Convention Center. Seattle proper is a short drive north, and Wizards of the Coast isn’t very far up the road either in Renton. One great thing about #SCGSEA is the plethora of strong food options. There is no reason to go hungry while battling this weekend, so take note.

I’ve got one more thing to mention about food options at #SCGSEA, especially for those who enjoy Greek food. StarCityGames.com Select writer and Versus video all-star Chris VanMeter has a deal for you. Visit or order food from his mother’s restaurant, It’s Greek to Me, mention "CVM" with your order, and get 15% off! The restaurant is just two miles from the convention center, so stop by and tell Chris’ mom how much you love his work! Check out the menu here for the restaurant’s hours, phone number, and many food options. While the restaurant doesn’t offer delivery, feel free to use a third-party delivery service to get food delivered to the convention center for a charge. Chris suggests using Tac Town Snacks for delivery services.

Finally, I’d be remiss if I didn’t mention that @SCGLive will be in Seattle this weekend providing the best Magic: The Gathering coverage in the world. While Cedric Phillips will be slinging spells at the tables rather than broadcasting in the booth this weekend, Patrick Sullivan and Patrick Chapin will be calling all the action. Tune in on Twitch at 10:30 AM PDT/1:30 PM EDT on Saturday to catch the start of the Standard Open. Also, be sure to say hello to StarCityGames.com’s newest Video and Coverage Content Associate Andrew Shrout as he makes his debut out west. I’ll see y’all in Charlotte for the Invitational in a couple weeks!