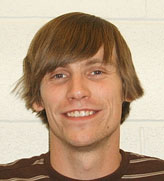 Another trip in the books…

Grand Prix: Daytona Beach was a blast from start to finish. When I arrived at the tournament site, the first thing on my mind (of course) was finding a draft. The first draft saw my team face a team led by Shaheen Soorani. I believe the match came down to the very last game… that is as much as I can tell you, as I was swept into a drafting frenzy that ended three days later. I played in 13 team drafts during the weekend. I really feel comfortable with the format now. I was able to draft many different strategies, and try out some new ideas of my own.

The most important thing I learnt this weekend was to not 4v4 Team Rochester at 1am in the morning. All that happens is that you turn around and it’s 5:15am, you’re mad you lost, and you realize you have to play in a PTQ in four hours. Sigh…

I played in the PTQ since I failed to make Day 2 at the Grand Prix. I really don’t have anything great to say about a 5-3 drop performance. Zac Hill slayed me in round 8, so I was in a draft before round 9 started. My deck had some very powerful cards in the form of planeswalkers, but the deck seemed mediocre all round. I had trouble matching up creatures with my opponents all day long. Most of creatures were essentially grizzly bears, and I had a difficult time killing threats. I’m not going to win every time I set out… this is something I must live with. I decided to go ahead and list my main deck for some reference.

The Black splash was about the best I could manage. It was between Black or Red (for a Lash Out). I can obviously Harbinger for my deck’s sole removal spell! Since there was a huge lack of removal in my pool, I wanted to play both the Dreamspoiler Witches and the Peppersmoke, since I would have a horrible time dealing with Silvergill Douser and Goldmane Harrier all day long. Working with what I had, the deck was not horrible by any means. It just was inconsistent and lacking removal. I did win every game in which I cast Ajani Goldmane, except the 2 times I was forced to use my Ajani to kill my opponent’s Ajani. Having powerful cards is great, but I think I wanted a more consistent deck for the ten-round Day 1.

I was still happy that I could draft for the rest of the weekend.

My PTQ deck was White – Blue – Black. My win condition was milling my opponent. Although I had Final Revels and Austere Command backing me up, I could only manage a 1-1-1 record. This killed my chances for Top 8. Since it was kind of early I played two more rounds, earning three more victories by milling! Content with a 2-2-1 record and seven successful wins due to milling, I dropped and got some lunch.

The drafting never really ends… it goes on forever. I drafted my best deck of the weekend (elementals) around a BBQ table. The downside to this is the dangerous drinks can, which will always be spilt over cards. The good side is you can always order another pitcher.

I played so many games of Limited that it is really hard to tell you my thoughts on the format as a whole. So many different situations came up during the weekend. So many interesting plays. Honestly, this trip was a good time to relax and let my mind be free.

Sitting back and watching a lot of games, I was able to take a closer look at player tendencies. I consider most of my friends to be great competitors, and I saw what made some of them tick this weekend. Different players simply play the game differently. My favorite characteristic of a player is how aggressive they are. Sometimes you need to “Put the Hammer Down” and go for a win. In general, I would say I am a very aggressive player – I really believe in making my opponent play on my terms if possible, and I like to turn up the heat constantly. If a mistake is to be made, better it be made by my opponent when he is struggling to stabilize the board. I recommend taking time to watch some of the better players in your area, and try to see the pros and cons of the decisions they make, and how aggressive they are.

Some awkward situations that came up during the trip:

Watching 4 players argue over a pick in Team Rochester for 20 minutes.

Rochester Drafting around a Mini Keg.

Watching a player kill his planeswalker by playing a second copy.

Having to finish a draft on the stage of a Gentlemen’s Club.

Watching someone cast Fodder Launch on his own creature.

My roommate Adam has been playing MTGO with me, and he commented how much he is learning. Adam believes that by explaining why I pick cards, and what is running through my head while I am doing it, really simplifies things. Instead of just picking cards and talking about the deck as a whole, I tend to explain the method to my madness. If it has helped him, maybe I should give it a shot. With Thanksgiving this weekend, I will have a weekend off.

Thanksgiving — literally taken, a time for giving thanks. This past year has been one of the (if not the) most tumultuous in my life. I’ve had some of my happiest memories this year, and some of the worst. It may be age, or wisdom, but I find myself looking back and giving thanks for everything that’s gone on this year.

Things I am thankful for:

My marriage to Kate, a wonderful, beautiful, intelligent woman who is my partner, best friend, and wife.

The ability to buy a house, one in which we’ll someday start a family. I am thankful, even though having to deal with trees that shed feet-deep piles of leaves, walnut trees that cause the lawn to become a minefield when mowed, and grass that grows so fast/thick that I wish I had it for hair.

That I got to see my paternal Grandmother Sylvia before she died, and that she died peacefully in her sleep after years of being confined to bed having been paralyzed by a stroke.

For my job at StarCityGames.com, where I am able to grow as a person, and have friends around me who care enough to address my very human faults, and give me an environment to grow past them.

For my new family, the Woods, who have welcomed me into their fold with open arms. Yesterday, I’ll have finished eating a Turducken at their house. Today, I’ll be attending the wedding of Kate’s Dad, J. Thomas Woods, to his new wife Mary.

My friends, who have been there to share the good times, the bad times, and the lunch times. They have helped me move, taken in my cats when Kate’s allergies have gotten bad enough for hospitalization, shared lunches with me, played Magic, and gone out to karaoke more times than I can count. They are kind of a big deal.

For my readers, who have allowed me to sustain not just one, but two columns about Magic. This has been a rough year and I haven’t always had time to write this column on StarCityGames.com, but let it be known that I’ve been thinking about writing here even when I have been absent.

It’s easy to get mired down in negatives, or lost in depression. When the mind starts dwelling on negatives, all thoughts and impressions are colored darkly from a glass-half-empty point of view. I’m still working on keeping a positive outlook, and especially not sweating the small, insignificant bothers that crop up daily in life. It’s easy to tear down rather than to build, or to criticize and not create. We are all human beings, each and every one of us reading this article, and we all have our own unique dreams, fears, and hopes of happiness.

It’s been pointed out to me by somebody (who may have written the other half of this article) that it is better to be thankful for the good that is around you, and to nurture it and help it to grow, than to point out every little fault, foible, or problem around you. It is good advice, and I am thankful that to have received it.