The day before was the worst performance of my life. I felt pretty good about my Constructed deck but didn’t make it out of Draft with a single win. My tournament was over before it started, and I was devastated. I remember walking around a bit dazed . . . 0-5? That type of soul-crushing defeat isn’t something you shake off immediately. In some ways I relish that feeling because it was out of passion, a love for the game. If you’re not livid at yourself after that type of performance, you’re not alive. As I walked around the tournament during round 7 or 8, I came across Dan Jordan, who was also eliminated. We saw each other and simultaneously burst out laughing. At least I had some solidarity.

Luckily Magic is a game where we get to live vicariously. Day 2 started innocuously, but I had some horses in the running. Owen Turtenwald, Tom Martell, and Gerry Thompson were at the top of the standings to name a few. Dave Shiels entered the day at 5-3 and had been slowly creeping up the standings. Dave is one of my best friends—I practically live at his house on weekends—so naturally I was glued to the rail by his matches as the field thinned.

I’ve played some high-pressure matches in my life, but nothing compares to watching a friend. When it’s my match, I’m in complete control win or lose. Sure, my heart might be pounding out of my chest, but I enjoy the adrenaline. It’s invigorating. That’s why I show up.

When I watch friends play, however, I’m completely neurotic. It’s like watching a car crash in slow motion that you can’t do anything to stop. The worst is when you know what the opponent has—sometimes you’re watching them fight and claw for every inch of a game that’s completely hopeless. This was my Saturday. I couldn’t bear to watch Dave’s matches, but I couldn’t look away either. Things got really intense in round 15, a camera match against Melissa DeTora. I couldn’t help but think that I’d be rooting for Missy (a friend and Boston local) against most of the field. Not that day. That day Melissa was a roadblock.

They head into game 3 with time winding down. It’s a control mirror, but both players have the ability to close things out quickly. Rushing through the early turns, the game looks pretty good, but it slowly starts to slip away. Soon I’m crouched on the ground with my head in my hands. In physical agony, I’m hoping and praying that things will turn around. I’d take another lifetime of 0-5s to win this one match. A thousand one times later, I look up. The dream is dead. I’ve lost that match in my life, and I know there’s nothing I can say or do. Inconsolable. In a week, you’ll look back and feel pretty good about 10th place. But I can’t say that. When the adrenaline dies down and the weekend is over, all you can think about is the next one and what could be.

It’s round 7 of the Grand Prix. I’m 6-1 with a sweet Modern Gifts Ungiven deck. I rarely get to play a "rogue" deck in a big tournament, so it’s exciting. I’m having fun. While waiting for round 8, my phone buzzes in my pocket. Adam Snook. Snook was back home in Boston, but I figured he was calling to check in on those of us who had made the trek out to San Diego.

I’ve been pretty lucky to spend the last three years of my life playing Pro Tours, but I’ve been even luckier to share some of those amazing experiences with good friends. I know the dedication, preparation, and time it takes to win a PTQ—sometimes it feels hopeless.

Sometimes it’s just not about you.

I’m dead for Top 8, dead for cash. It doesn’t matter. Chase Kovac is playing a feature match, having just defeated Shuhei Nakamura, who beat him out of a Top 8 slot in Philadelphia just months before. Again, I can’t bear to watch, but I don’t have to. The handshake, match slip, a hug. We’re going to Dublin!

Chase and I started playing Magic together in elementary school and played a Pro Tour together in Japan a few years ago. While our careers diverged at different points, he’s back, and I’m excited.

February 23, 2013: Somewhere in the Mountains of Canada or New Hampshire

It’s near blizzard conditions, and we’re moving about twenty mph on the highway. The snow is getting deeper, and there are a lot of hills. We’re in the middle of nowhere. If we stop, we’re probably not getting started again. Dave Shiels and Griffin Corrigan are singing, "We’re not gonna make it," to the tune of Twisted Sister. Griffin muses, "If you die in Canada, do you die in real life?" I honestly thought we were about to find out.

Then somewhere from the backseat comes a rustle, like a bear awakening from slumber. There’s a clink of metal. "Guys, am I dreaming? Or did I just win a Grand Prix?" Nico Christiansen hadn’t as much as made day 2 of a Grand Prix in his short career. At 9-0, we were all congratulating him. "I haven’t accomplished anything yet," came the reply. That attitude. I love it. 24 hours later? Take a look for yourselves. 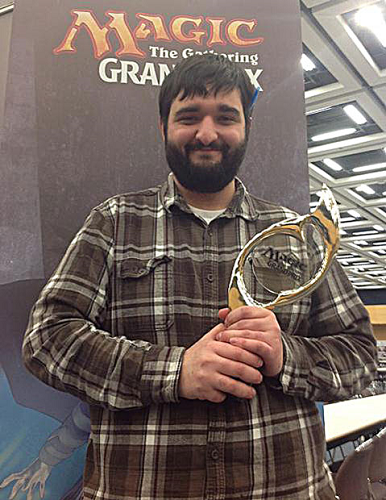 Sleep deprivation, a near death experience. It was all worth it.

If there’s one way to guarantee that I play my best, it’s to call me out. I was 12-0, on top of the world and on a collision course with Brad. Miami was my tournament to win. In the end, I guess Brad had the last laugh—because the only person who was absolutely convinced he could beat me did.

And then this happened. 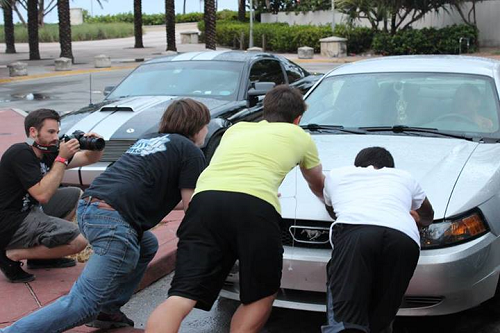 A year to the day of my first time working with the team. The experience was amazing, enlightening. Some of the smartest and most talented Magic players ever assembled under one roof. As a collaboration, it was perfect.

Something happened in Dublin though. I can’t explain it, but the team took a new identity. To me at least, things had shifted. These were no longer co-workers; they were family. It was energetic, exciting, positive. I like being part of something bigger than myself, and I am every day in this community.

William Jensen is very tall. This is common knowledge, but it’s relevant in the most surprising of situations. It’s game 3 of the finals, but I can’t see much. Huey leans in, "I think we’ve got this; Owen’s got another Force." Moments later the smile across Owen’s face will be eternally etched in my memory. Tens of thousands of hours. Hundreds of plane flights and Pro Points and he finally got that trophy. Seeing that level of appreciation, emotion, and happiness was really humbling. That’s dedication; that’s a love of the game. 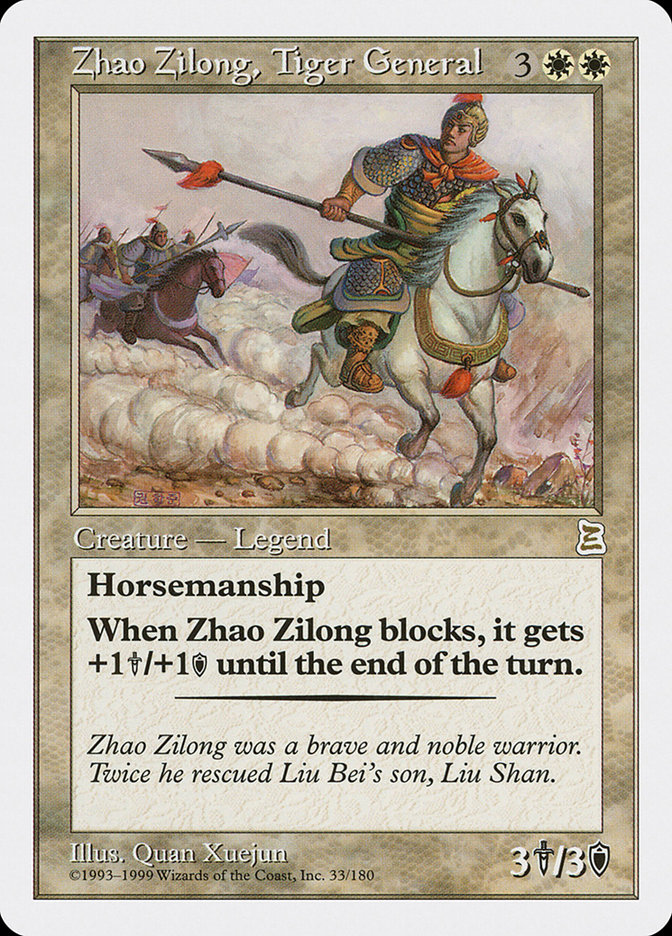 One of these days Magic will eventually have to take a backseat to a career, even if only temporarily. But I’m not sure anything will ever live up to it. Intellect. Competition. Passion. Comradery. Family. That’s what I’m looking for. Find me something that lives up to it. You can’t keep me away. I love it too much.