Xathrid Necromancer is a pretty exciting tribal lord optimized for combating sweepers like Supreme Verdict. It’s also not exactly a creature most people are familiar with.

There’s plenty one can do to try to update decks with knowledge of this new breed of Five-Color Humans, but I don’t think this deck is just a flash in the pan. While most people are busy looking at stuff like… 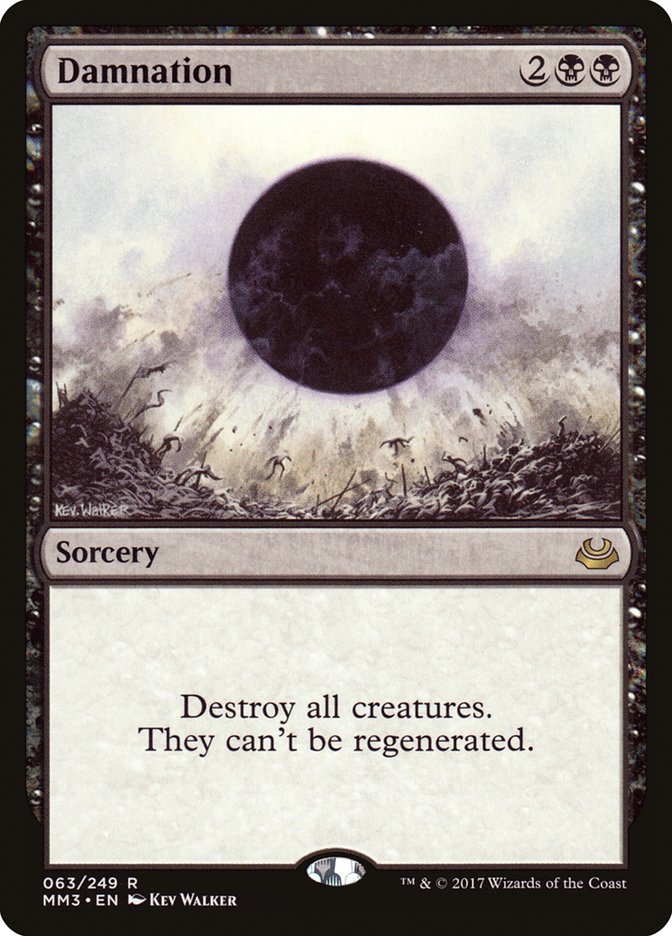 There’s a little kid inside me that instantly turned to… 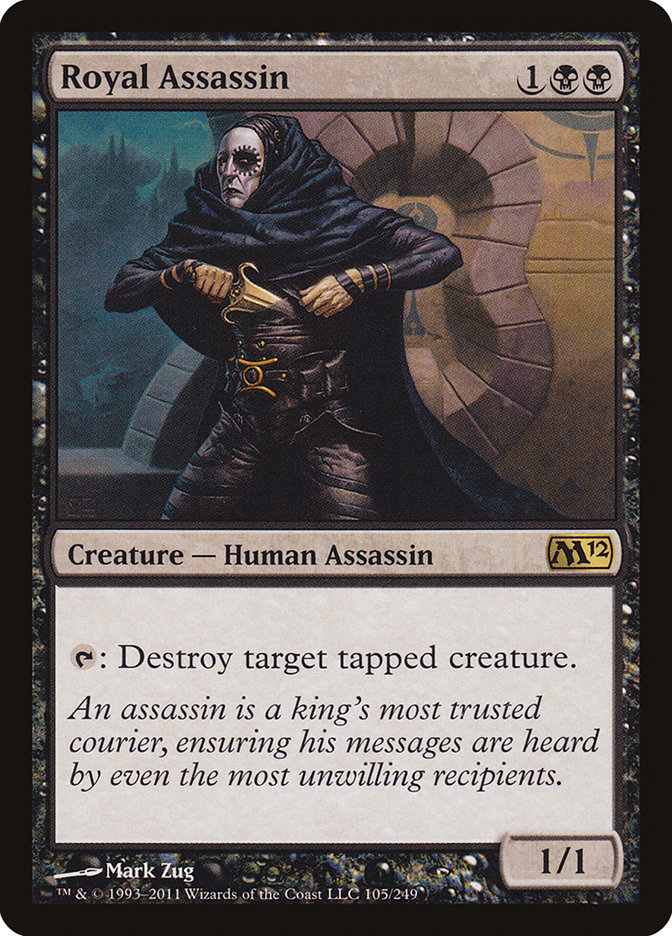 Was this before or after you penciled another heart with “PC + OV” and an arrow through it?

Oh, erm, I guess it’s kind of a weird spot to merge all of the one-off rogue decks under “Misc.” when they crushed so hard. While they are brought up by the one Five-Color Humans list, that was far from the full picture. Just take a look at the Misc. deck breakdown:

That’s pretty impressive. Talk about an excellent showing for the rogue decks and the fringe archetypes!

As for the more mainstream strategies, U/R Gifts Storm was far and away the biggest overperformer (like always). This week’s top-performing villain was Scott Simmons, with a very standard build:

While there’s not really much in the way of groundbreaking tech here, I think it’s important to keep our sights on U/R Gifts Storm. The aforementioned Five-Color Humans deck may be the new hotness, but U/R Gifts Storm is still the deck to beat and the defining deck of the format.

Because of this, the format has experienced a massive surge in Thalia, Guardian of Thraben. Not only is she a pillar of the Humans deck, she’s showing up everywhere from Death and Taxes to W/B Eldrazi.

Just wanted to point out another nice finish for Smuggler’s Copter, which has been quietly racking up the wins in Modern now that it’s finding its groove. 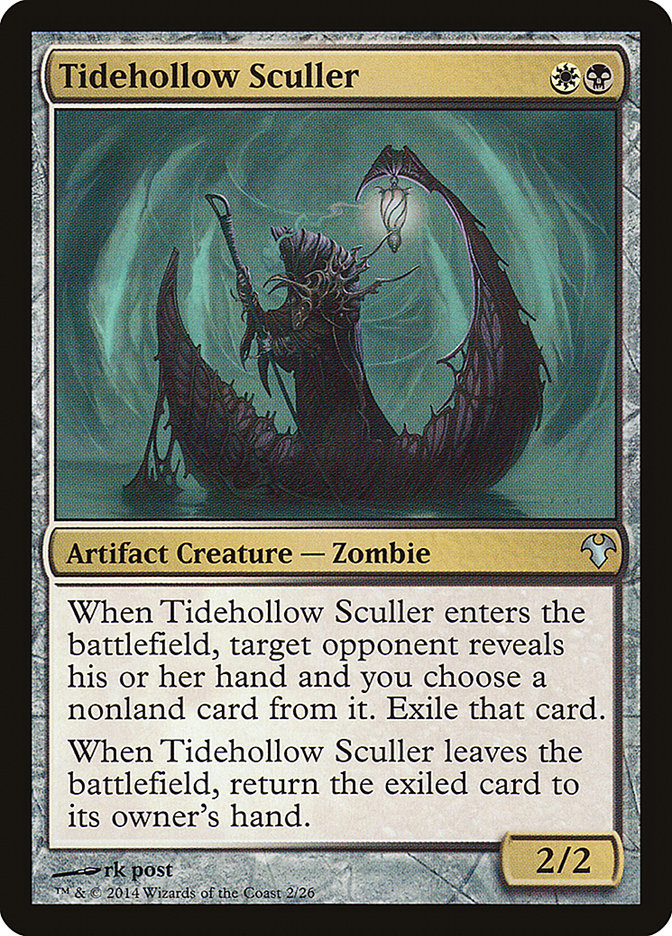 For the same reasons Kitesail Freebooter is good in the format, so too are Tidehollow Sculler and Thought-Knot Seer. It’s important to be able to interact, and all of these types of creatures are particularly effective when coupled with Aether Vial.

I just love how many people are jamming everything from Blade Splicer to Mantis Rider, Mirran Crusader to Restoration Angel, Eldrazi Displacer to Reflector Mage. This Modern format is amazing!

God, it feels like there is just sweet new tech in every nook and cranny!

Tidehollow Sculler is also an important part of the recipe for why Abzan Company performed so well while Elves got slaughtered. Storm is just too strong and too fast to go in without interaction. 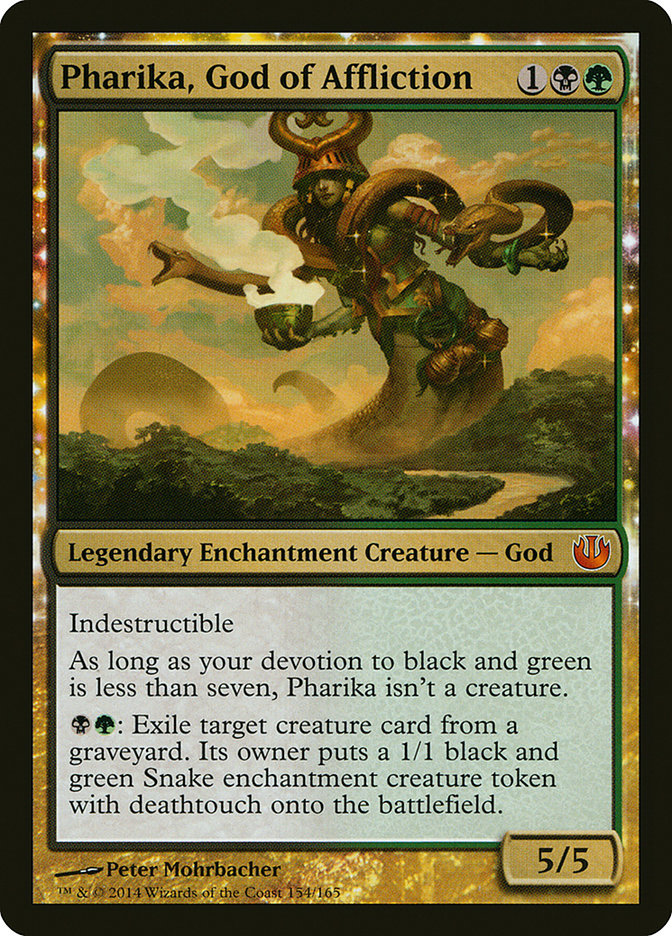 Now, there’s a graveyard hate card with style. Why just sit around when you can also beatdown with an indestructible Phyrexian Negator?

With just ten lands that can make blue mana, this deck is not good at casting blue spells. Amusingly, Silvergill Adept and Merfolk Branchwalker are important ways to help smooth out your draw in order to be able to find a land that can actually cast Spreading Seas. It may eyebrow-raising, seeing Spreading Seas in a deck that will frequently not be able to cast it until Turn 4; however, it’s still a great Turn 4 play, often making your creatures all unblockable.

And this isn’t even counting Spell Pierce!

Ixalan has not been messing around in Modern, and it’s doing it without just relying on a cost-reduction mechanic or a broken combo. From Opt to Search for Azcanta, from the Humans to the Merfolk, this is a far-from-standard amount of Modern playables for a new set.

Now, what’s the next stage in the evolution?