If you don’t believe me at this point that your existing Primeval Titan
deck should be playing Castle Garenbrig, I don’t think I can say anything
else to convince you, and I’m sure you’ll update when people start winning
with versions of your deck that play it. I’m not especially interested in
working out the exact details of what these established archetypes look
like with Castle Garenbrig. They look roughly the same as they used to, but
they have somewhere between one and four copies each of this and Once Upon
a Time. What I’m interested in is what other Primeval Titan decks should
consider taking advantage of Castle Garenbrig.

Yes, this deck is over 100 cards. I started by adding all the lands I
wanted, then counted them up and added spells until I had the right ratio
of lands to spells. With so many ways to search for lands, there’s a ton of
value in each extra utility land you can add to the deck, but a serious
drawback to drawing utility lands naturally. This is especially true with
Field of the Dead in particular, which is a horrible land to draw in your
opening hand, but fantastic to find with Primeval Titan. There are enough
good, synergistic cards in Modern that the twelfth best card isn’t
meaningfully worse than the third best card. We’d be making tough choices
and sacrifices choosing exactly which creatures we want to play and which
bullets you want to be able to find with Eladamri’s Call if we stuck to 60
cards. 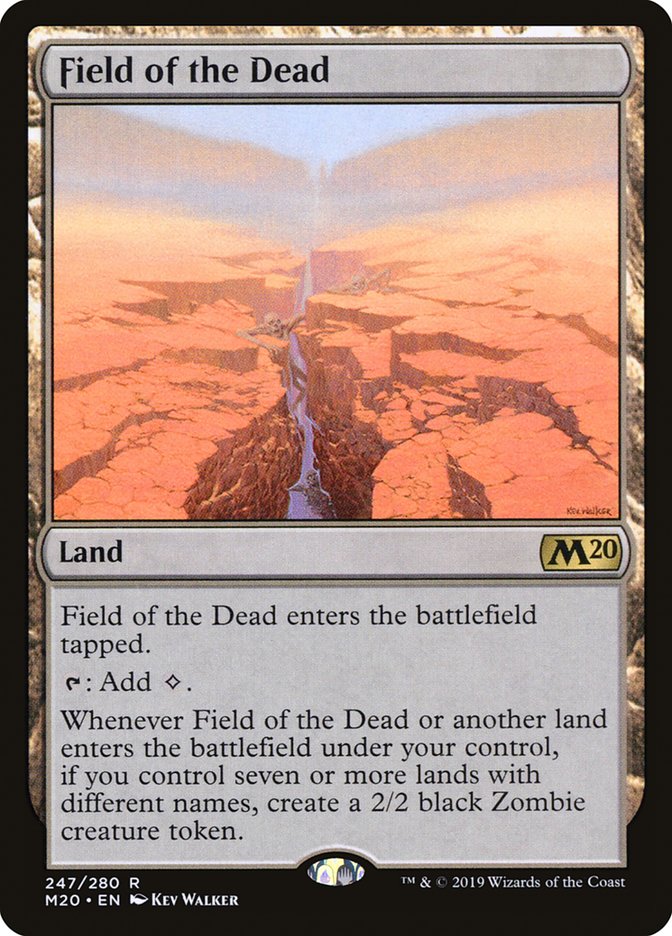 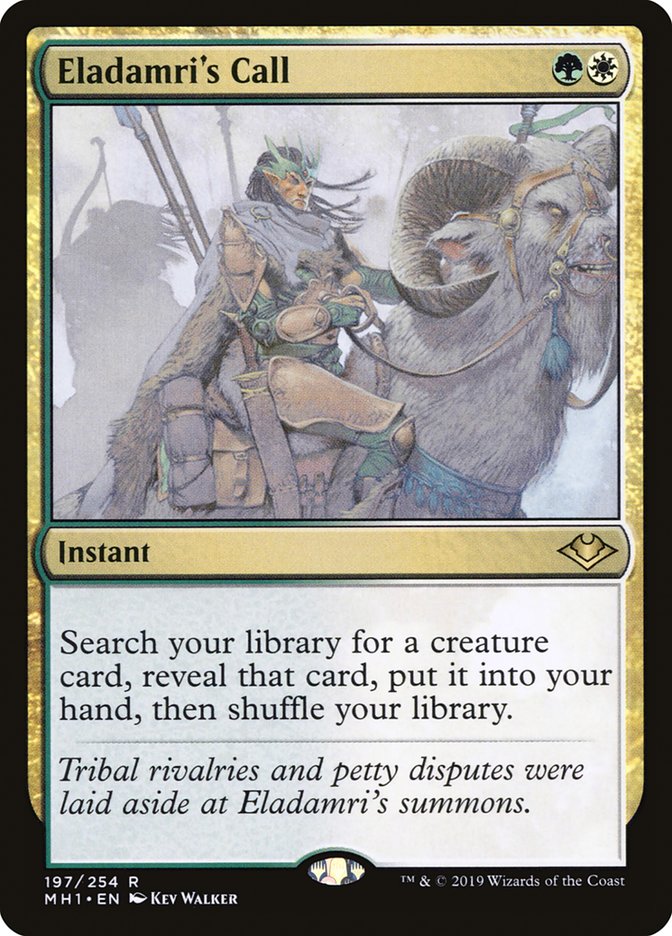 For a long time, I’ve believed that players as a whole have been too
reluctant to play more than 60 cards. We’ve had enough ways to search
libraries for long enough that we’d get a ton of value out of having extra
options, but most decks with these capabilities have had certain cards they
absolutely want to draw as often as possible holding them back – Birthing
Pod, Devoted Druid, Amulet of Vigor, cards like that. This deck is just a
Selesnya creature pile with access to ways to find utility lands and a
Primeval Titan end game. It might like to find Primeval Titan specifically
slightly more often than it will in this deck, but I don’t think that’s
that big of a deal.

The other huge drawback to playing a deck this large is that your sideboard
cards come up a lot less, so this deck plays a fourteen card Karn, the
Great Creator sideboard. The reason for fourteen cards is that it allows
you to side out one card you don’t want, like Bojuka Bog, without siding
anything in for Games 2 and 3. 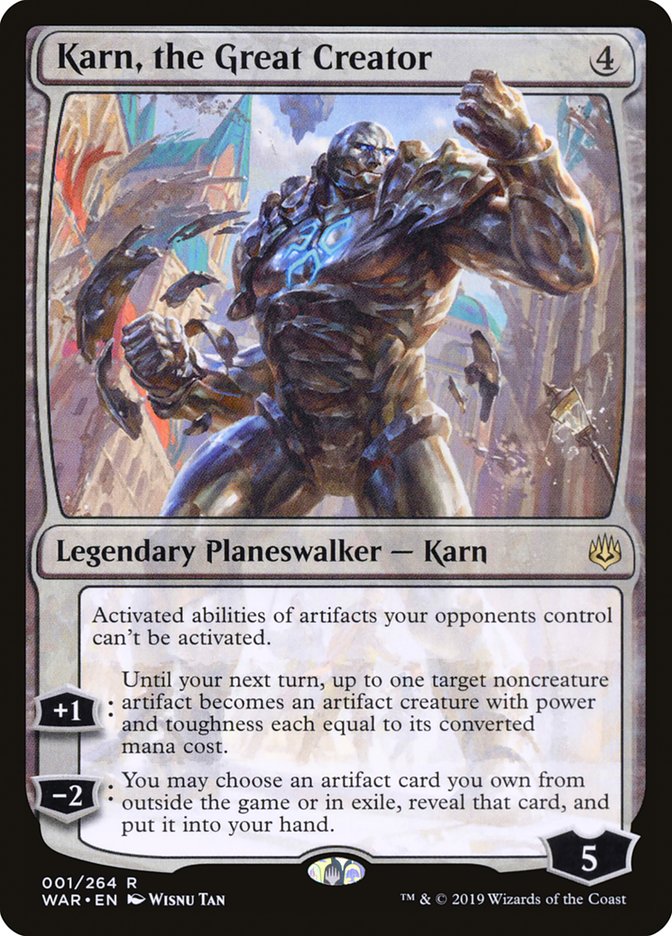 Is this build of this deck optimal? There’s roughly a 0% chance that it is,
but there’s a very real chance that it’s better than a 60-card version of
this “archetype.” The other problem with going above 60 cards is that it’s
much harder to make your deck “optimal” when you remove that restriction.
Would this deck be better if I cut ten cards? Maybe. I honestly have no way
of knowing, and no way of knowing which ten cards would be best to cut.
This offers a starting point from which to develop a proof of concept,
tuning from here would involve playing games, and whenever you find
yourself unhappy to draw something, you could just take it out of the deck.
Eventually, you might need to trim a few lands, but worst-case scenario,
cutting a fetch land isn’t the end of the world, and if you want more
lands, and more cards, you can easily add more white fetches.

So, aside from the size, lets go over some things that are going on in this
deck.

First, Flagstones of Trokair is really important, because it means that
Elvish Reclaimer and Springbloom Druid can each put an extra land onto the
battlefield by sacrificing Flagstones, and Elvish Reclaimer can sacrifice
Flagstones to find Flagstones + Temple Garden to build mana. 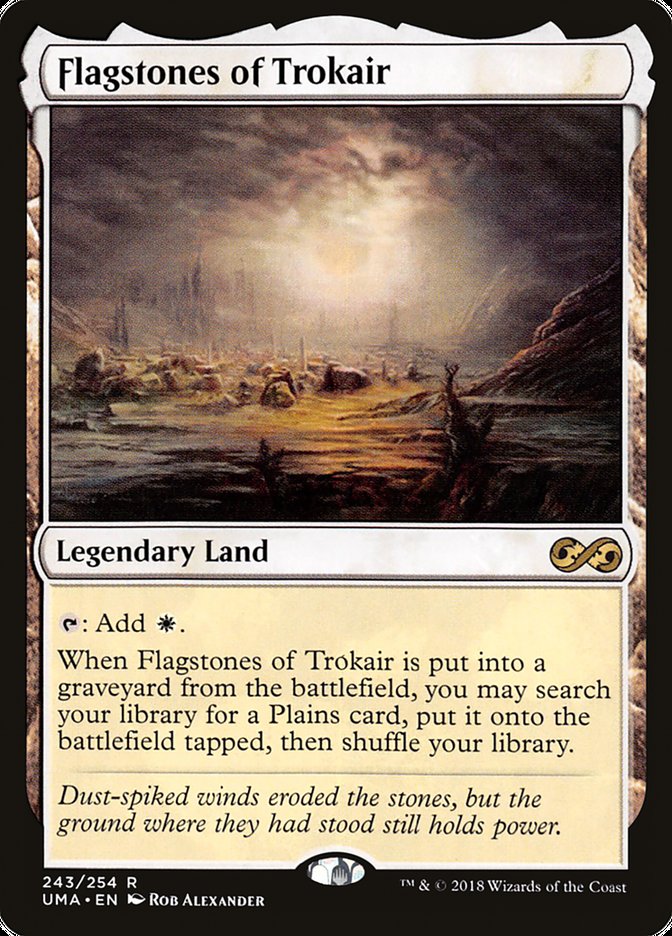 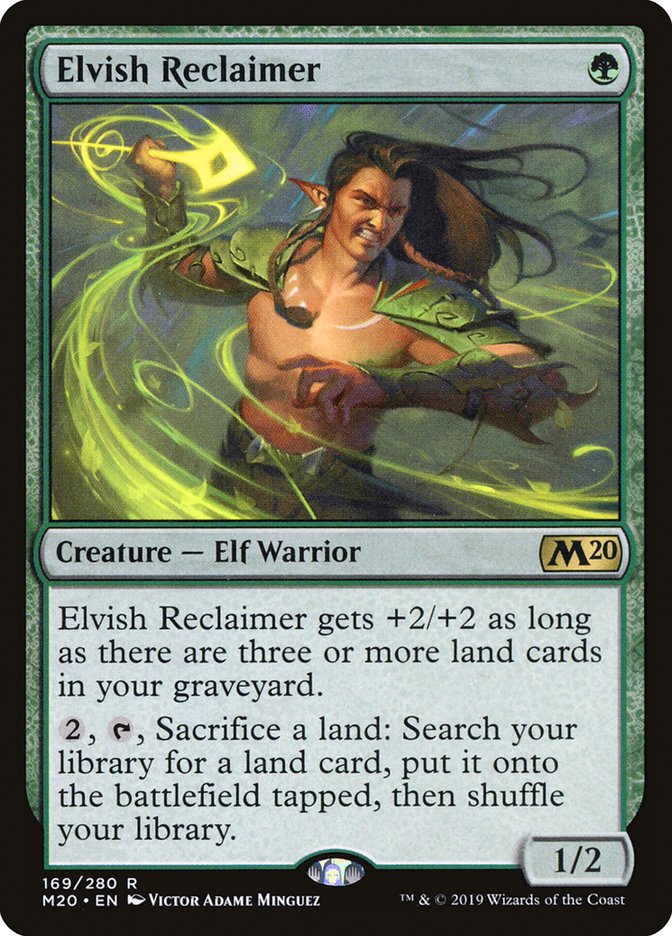 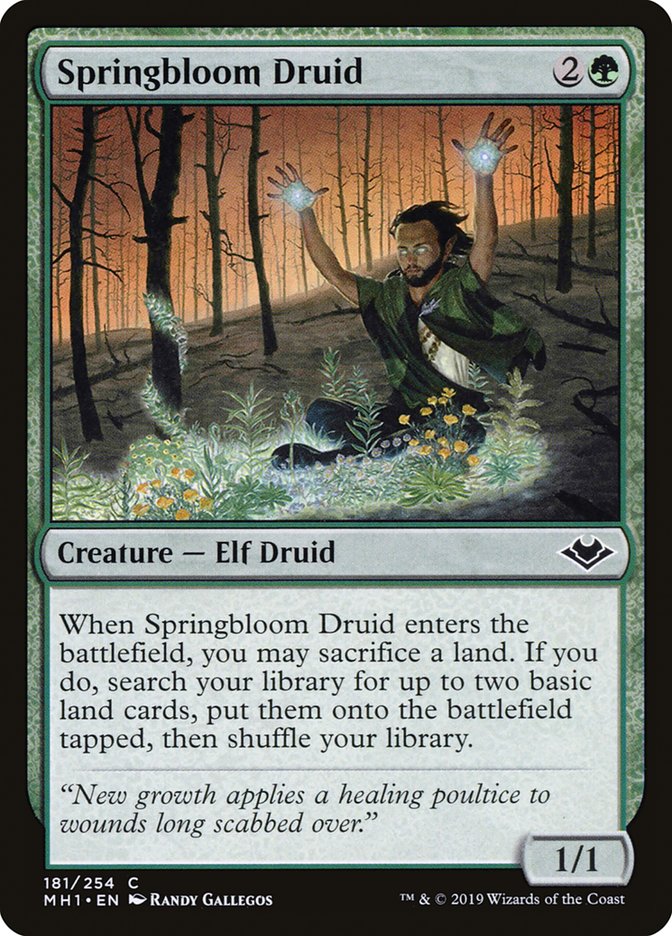 Our other important payoff lands are Gavony Township, Hideaway lands, and
Field of the Dead, with some extra utility in Ghost Quarter, Field of Ruin,
Sejiri Steppe and Bojuka Bog. Primeval Titan, Elvish Reclaimer, and Knight
of the Reliquary all give us access to these, so we get a lot of value out
of them despite the size of the deck. Once Upon a Time is a straight 10 out
of 10 in this deck, and I’d almost want to play it even if it couldn’t be
cast for free. It finds almost any card in the deck and really helps string
together the ramp and payoff. I’d say drawing fewer of them is a drawback
to playing so many cards, but since you only really want to draw one per
game, even that doesn’t matter much. 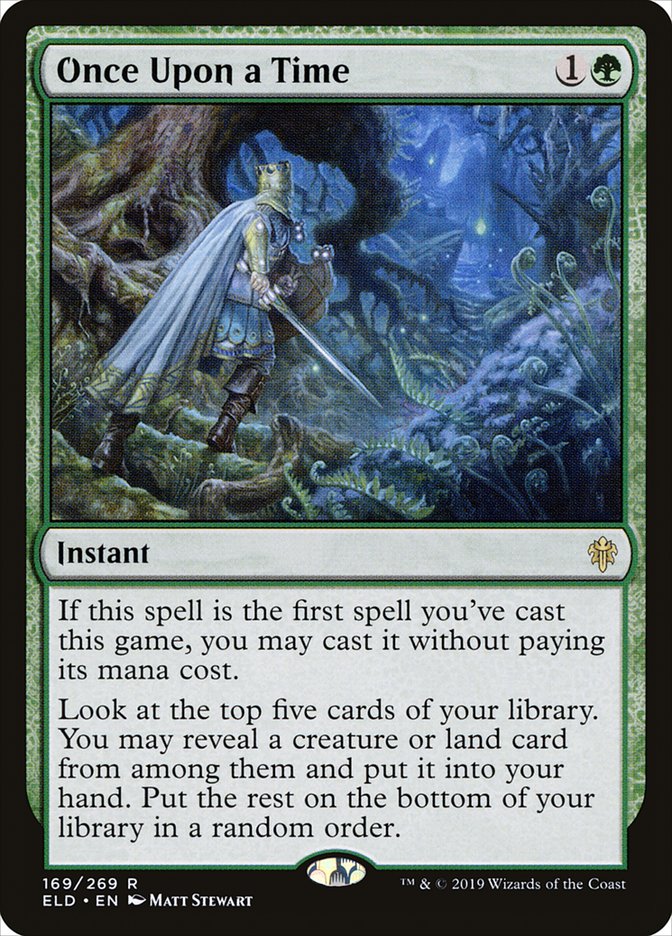 I know most people won’t trust the idea of playing a deck with over 100
cards, so let’s take a look at the more conservative approach:

This version is just dedicated to casting Primeval Titan as early and often
as possible and using it as a Grave Titan with upside by finding two copies
of Field of the Dead.

Once Upon a Time is still amazing in this deck, of course, and between that
and Summoner’s Pact, you should be able to cast Primeval Titan or another
game-winning threat on Turn 3-4 ever game.

If It’s Free, It’s Me: How Once Upon a Time Impacts Modern by Bryan Gottlieb

Jund is a great place to ask just how far we’re supposed to push Once Upon
a Time. It’s not a combo deck by any stretch, but the card still provides a
great amount of flexibility. There’s not a lot to say about this list –
it’s just Jund with the ability to cast Primeval Titan on Turn 5, playing
fewer copies of Liliana of the Veil because discarding your own cards
doesn’t play well with trying to cast Primeval Titan.

We can go deeper…

Is this going too deep? Yes. Very much so. And I’m the guy who just
earnestly suggested playing over 100 cards. That said, the Longon Mulligan
rule is pretty good for playing Field of the Dead, and with Once Upon a
Time and Traverse the Ulvenwald available, there’s a real advantage to
having some wild top end that’s completely off plan available in a deck
like this. That said, the concessions of the lands to enable it in Castle
Garenbrig and Field of the Dead are likely a little too extreme.

One more for good measure:

A little bit Niv-Mizzet, a little bit Primeval Titan. The Niv-Mizzets here
are only “good enough” not “Draw five cards,” but I’m not sure how much
that matters – the idea is just to play some big thing that gets value on
Turn 3 every game and go from there.

Long story short, Field of the Dead allows Primeval Titan to be a
game-winning spell without adding a million Mountains to your deck, and
that opens the door to a wide range of decks attempting to include a
Primeval Titan end game, and Castle Garenbrig makes that considerably
faster and easier.