There are many tricky situations you might come across while playing Magic: The Gathering. Learning how to navigate these difficult moments are a huge step to becoming a better Magic player.

Here you will find puzzles of varying difficulty based on situations you might find yourself in. Vote for the answer you think is correct; then you will be able to view my answer and the reasoning behind it.

Always assume your opponent is a competent Magic player that will make the optimal decisions for their gameplan. Also, let’s not make it harder than it needs to be. We can make hypothetical situations forever about how our opponent may have sideboarded, what kind of decks they tend to play based on our match history with them, and how long they spent thinking before they drew their last card. Let’s all agree to keep things simple.

Let’s start with an easy one.

You are playing Mono-Green Aggro and it is turn 3. You went first, so you have two Forests, an Experiment One, and a Strangleroot Geist on the battlefield.

In your hand are two Forests, Kalonian Tusker, Avatar of the Resolute, and Leatherback Baloth.

What is the best order to cast your spells in?

In a linear creature deck, mana efficiency is important. Because you know you will have a fourth land on turn 4, you should cast Leatherback Baloth first and then cast both of your two-drops on turn 4. If you choose to cast one of the other creatures first, you would only be able to cast one creature on the next turn as well.

That was pretty basic, but now that you know the format of these puzzles, it is time to try some harder ones!

You are playing Infect against Susan, who is playing Merfolk. You know that Susan has brought in Gut Shot against you and you want to make sure you keep your creatures safe. On turn 2, you have a Forest and a Misty Rainforest on the battlefield and a Glistener Elf and an Apostle’s Blessing in hand. You would like to cast the Elf this turn while holding up your Blessing.

Which option is not a safe time to crack your fetchland?

Playing around the possibility that Susan has a Gut Shot in hand, you want to make sure that she cannot kill your Glistener Elf while your fetch trigger is on the stack. It is not safe to crack your fetchland on Susan’s end step because you will not have mana available to protect your Elf until after your fetch resolves, giving her the opportunity to kill your creature with no interference. If you fetch at any time that will leave Susan a window to destroy Glistener Elf without protection, you likely will not have a Glistener Elf anymore.

This time your opponent is Jason. He is playing Jund and has a Thrun, the Last Troll on the battlefield. You are playing Jeskai Control and have four life left, making Thrun lethal on Jason’s next turn. You have five lands on the battlefield and an empty hand on Jason’s end step. You need to cast Wrath of God next turn for you to be able to stay alive. One of your lands is a Desolate Lighthouse and you have the mana to activate it on his end step. Should you? 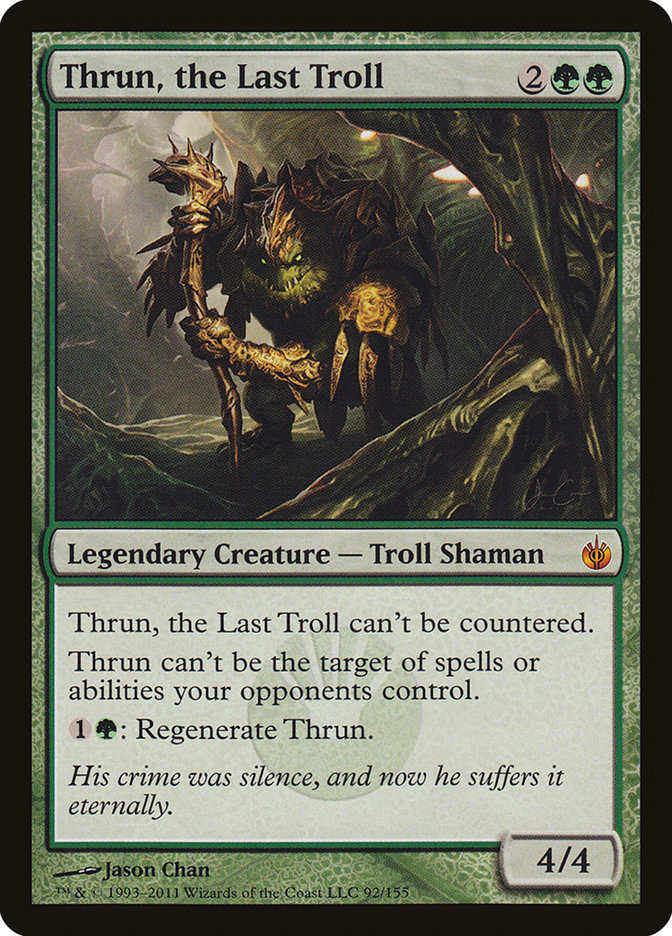 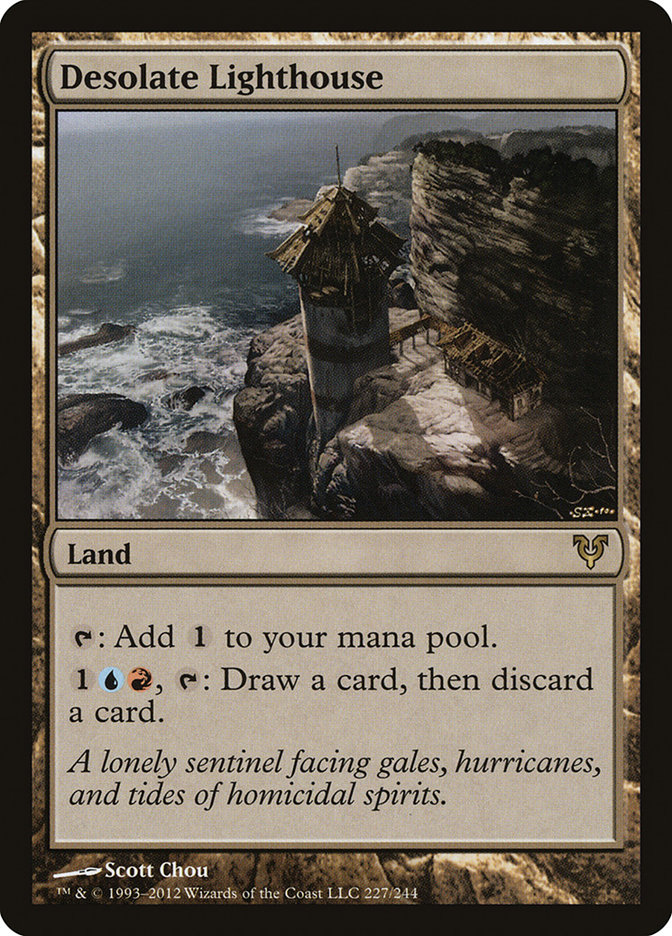 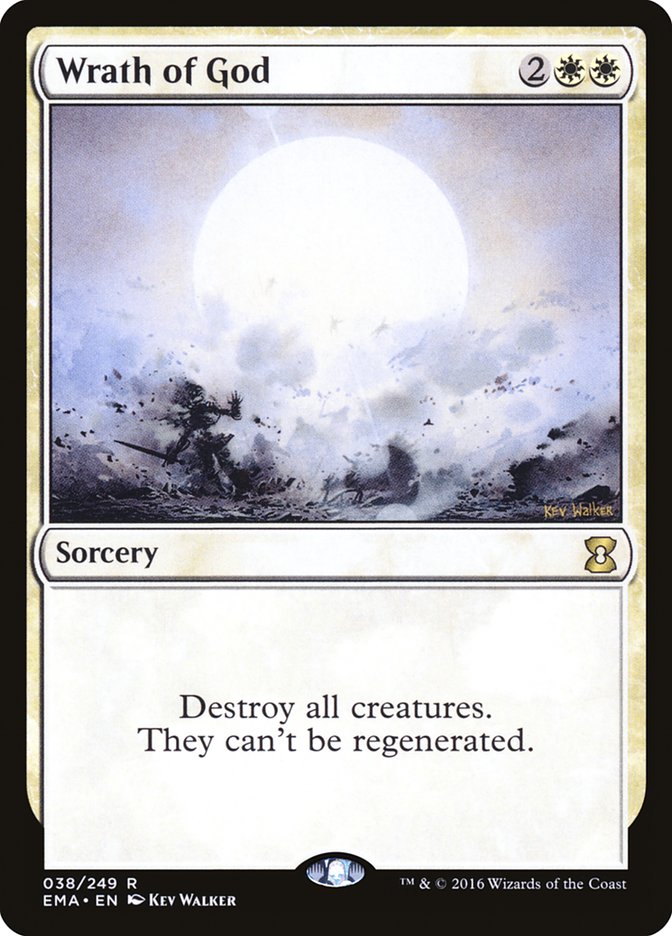 This can be determined by the mathematical probability of drawing the card you are looking for, in this case Wrath of God. The correct answer is to activate Desolate Lighthouse on Jason’s end step to give yourself the highest probability of drawing the correct card. You do not have enough mana to wait until you have drawn a card to choose what to discard, because you will only be able to afford a loot or the Wrath of God next turn, not both.

You might be afraid of milling your Wrath of God with your Desolate Lighthouse, but the math says otherwise. Let’s say you have 45 cards left in your library and there are two copies of Wrath of God still in your deck. You only have a 4.4% chance of throwing it out. This leaves you with a 95.6% chance of milling yourself closer to the card you are looking for.

Todd is playing Skred Red, which is not a very good matchup for your Dredge deck. You have a Bloodghast, two Narcomoebas, and a Prized Amalgam on the battlefield, and you suspect Todd has an Anger of the Gods in hand. When you play a Wooded Foothills as your land for turn, a Bloodghast triggers from your graveyard. There are also two Prized Amalgams in your graveyard that will see Bloodghast enter the battlefield.

You Just Played This (Triggering Your Graveyard Bloodghast): 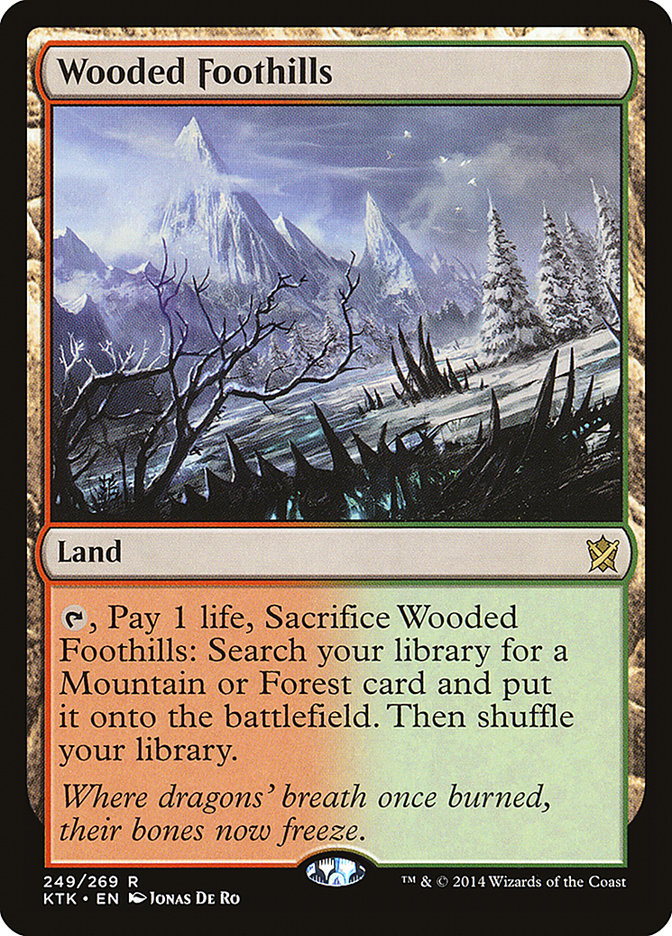 Todd Probably Has This (He Always Does, The Lucky…)

Should you return your Bloodghast now?

This is a bit tricky, because depending on Todd’s play, two answers could be correct. If Todd fails to hold up Anger of the Gods mana through his entire turn, then fetching to trigger your Bloodghast on his second main phase would be best, as it allows you to attack with your Prized Amalgams the next turn. If you return Bloodghast on Todd’s end step, then you will get to attack with it next turn, but your Prized Amalgams will not enter until your end step, putting them in danger when Todd untaps. You want to push through as much damage as you can, but you also want to leave as few creatures exiled to Anger of the Gods as possible.

If Todd is being careful to represent Anger of the Gods, it is probably best to leave your fetchland uncracked until after he has either tapped out, played all his spells, or cast the Anger of the Gods. This lets you rebuild your battlefield after everything is exiled, even though it leaves you with a slower clock until then.

Your opponent, Betsy, is playing Bant Eldrazi. On her first main phase she has an Eldrazi Temple, a Cavern of Souls, a Forest, and a Noble Hierarch on the battlefield. She then chooses to cast Reality Smasher. You are holding only a Diabolic Edict in hand with mana available to cast it. With some understanding that you need to cast the spell this turn, when is the best time to cast it?

This is a question of not giving your opponent any extra choices. The right answer is to cast Diabolic Edict while Reality Smasher is on the stack. By casting the Diabolic Edict with the Reality Smasher on the stack, you know that you will kill the Noble Hierarch. While you might rather have the Reality Smasher dead, you may be wrong. If you wait until Betsy can decide between her two creatures, she will sacrifice the creature that is less important for her gameplan. Most of the time this will likely be the Noble Hierarch anyway, but if the Hierarch is the more important creature for her long-term, she has the chance to sacrifice her Reality Smasher instead. You do not have all of the information, while Betsy has perfect information. Minimizing the choices you let them make keeps you in control of the game as much as possible.

Puzzles are fun but can also teach us important lessons about the strategy in Magic, lessons about playing spells in the right order or not giving your opponents extra choices can help you to understand the game more deeply and start to win more by making the most of each little advantage.

Can you think of any more puzzles? I’d love to see more in the comments and try to find the right answers! Have a wonderful week, and as always, happy gaming!