(This week is brought to you by the words “throat” and “infection” …you’ll see.)

(Oh yeah, and I had “Fight Club” and “Monty Python and the Holy Grail” playing in the background too, but that’s often the case.)

Last week’s column was quite the can of wurms (lol Magic pun), but I knew it would be, so there you go. Thankfully, for every person who responded on the forums that they thought I should have left the subject well alone, at least another said that it wasn’t so bad, and was in fact a little bit funny, at least occasionally. The only comment that caused me to raise my eyebrows, to "hurumph!” in dismay, to break into tears and curl up all fetal in the corner, was from modulok, who said:

“My only problem with the Steve Irwin pics was that Yawgatog didn’t do them. I expect quality from this here site!”

Now I say, that was low! To imply that Yawgatog could have done a better job insults the very fact that I earned a Bachelors Degree in Design, and even spent a year teaching Photoshop classes. Yawgatog is very good at what he does, I agree, probably better than me too, but to say that those pictures were poorly shopped misses the point entirely! It was never my intention to make it actually appear that Steve Irwin had attended the Australian National Champs; that would be ridiculous. I mean, Canberra has mild weather at best, the Steve Irwin prefers (well, preferred) tropical climates, croikey!

I mean, he appeared twice in the last picture. I would have been a) a waste of time making it look realistic, and b) not quite as funny in my opinion, which may indeed be different to yours please don’t crucify me on the forums oh God “crucify” has religious connotations I hope I don’t offend anyone there either oh God I said oh God too oh crap I’m toast!

Now, a change of tune and to something I alluded to at the top of this page, but also incorporating pictures. Me and my throat infection. Don’t worry, it’s not pictures of an actual infected throat. I tried that, but I couldn’t fit my camera in my mouth.

(cries from the forum of “yeah, there’s no room in there along with your foot after last week.”)

No, as strange as it sounds, I don’t feel too bad. It’s how I sound that’s messed up. I mean, I’ve felt better for sure, but the only thing wrong with me is a nagging bacterial throat infection, for which I am now on antibiotics. It hurts like hell, keeps me up at night, and most importantly, has robbed me of my voice and much of my sleep. This means that when I got up this morning, I looked like this: 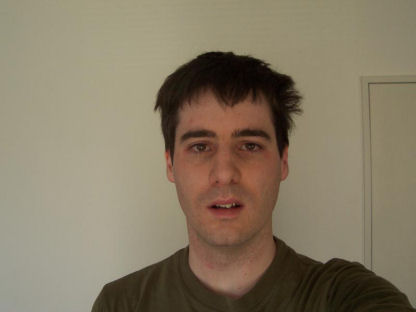 Yeah, not looking too good. In fact, well below par, or to put it in Magical terms, a mulligan to four. For the sake of comparison, here is a picture of me from a couple of weeks ago just after I had climbed out of the shower. 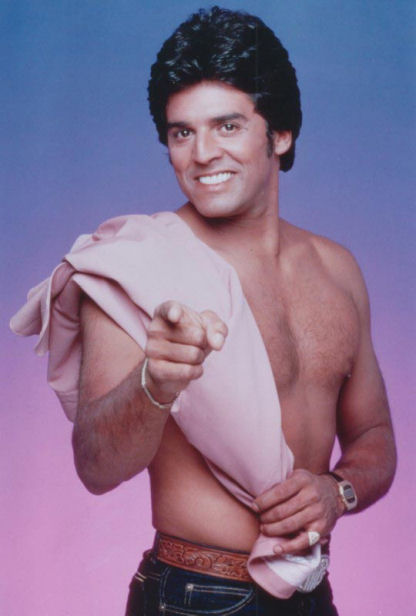 I notice now in retrospect, that I had for some reason, done up my belt a bit tight that day. Oh well, that’s the price you pay for looking sharp. Luckily for you, looking like I have been threaded through rusty machinery does not prevent me from going through the Magic Online Standard Premier Events Top 8s too keep you abreast of what’s being played and what isn’t. It may make it more difficult than usual, but that’s my problem, not yours.

Solar Flare appears to have bounced back somewhat, with three copies alone appearing in the Top 8 of a 127-player tournament held on the weekend. Wefald’s Satanic Sligh deck is continuing to gain in popularity, and people are gathering in small circles to discuss how best to beat it. One approach that showed up in the replays was people hiding behind an Ivory Mask. Sure, it does very little to curb an enthusiastic Genju of the Spires, but it does cut out half of the deck’s firepower. One thing that bothers me is the deck’s name; it seems like it would offend people somewhat (yes, I can see the irony). I would think that Rakdos Sligh would be a better name, but oh well. I mean, I love Satan as much as the next guy, and I listen to Heavy Metal like, all the time. But you know, it just seems wrong to force that on others.

Anyway, you may be wondering why I even mentioned my Throat Infection. Well, I suspect it could be self-induced from excessive gaming. I dunno… probably not, but I could have lowered my immune system by gaming too much and not getting enough sleep; you never know. I mention it because I know that like myself, deep down, you’re all hardcore gamers. So don’t forget to look after yourself.

Does this mean I’ve learnt my lesson and I’ll be eating right and sleeping early from now on? God no, but I may at least try and get a little exercise from time to time to try to counteract the hurt I inflict upon myself. Remember, everyone: do as I say, not as I do.

Now on to the ever-changing, and yet seemingly-not-changing-at-all Magic Online Standard singles marketplace. Seems sad, when you think about it, that we’ll soon be losing some of the cards from this list.

(counts on both hands)

Okay, only six, but that’s mostly because the prices of Kamigawa cards are pretty uninteresting. Most people aren’t drafting that block any more, so the Kamigawa cards in the following list doesn’t exactly help them go all “dollars, dollars!” when they bust open their packs.

The numbers shown, for instance, as 2-4 are the price people are buying the card for, followed by the price people are selling the card for. The prices shown in parenthesis, like this (2-4), are the prices from last week. If a card and its prices have been bolded, it’s because there has been a change in price from the week before to help you differentiate those cards from the others that are a little more… static in their movements. Card prices are in Tickets, because that’s what most people buy and sell with on Magic Online. Also note that prices can fluctuate based on the time of day, depending on just how many people are online selling at the time. Due to my uniquely antipodean location down here in the Pacific, and my tendency to hold down a regular nine-to-five job, the prices below end up being more of a general indication of what’s going on than an exact science.

One or two people are even beginning to offer 8 tickets to buy the Ohran Viper. Could the hype around the snake be justified? Or will Scrying Sheets still be the Top Card of Coldsnap? Stay tuned for the end of this list, where we find out!

Oooh, so with Ohran Viper’s jump in value, it has once again surpassed Scrying Sheets as the Card to Get from Coldsnap! Yes, I’m aware I described it as the “Top Card of Coldsnap” earlier, but you have these difficulties when translating from New Zealand English to American English; it’s just one of those things you’re gonna have to get used to.

I’m actually pleasantly surprised at the number of Coldsnap cards that are getting played. When I first saw the set I assumed it would pretty much just be the Viper, but it seems that Scrying Sheets has made playing not only the Basic Snow-Covered Lands the logical choice, but also the Uncommon Snow Duals as well. The Adarkar Valkyrie is also getting an airing in the Solar Flare decks, and someone told me they even saw a Haakon, Stromgald Scourge floating about the place.

So until next week, I shall continue to take my antibiotics (because you know, they don’t work otherwise), and you try to look after yourself. Spring has sprung here in the Southern Hemisphere, which means that for the rest of you up North, it’s getting a little colder outdoors. Try to get outside for a stroll or something before it’s too late, maybe walk off a few of those pounds.

(sigh, if you’re anything like me, you’ll just buy more chocolate while you’re out anyway)